30 years on, the celebrated indie band is able to take itself apart and put itself back together, as indie rock, bluegrass, drone, or whatever they dream themselves into next.

New Jersey’s Yo La Tengo is one of the most celebrated indie rock bands of the last thirty years. But their new EP Sleepless Night opens with a different genre altogether: the old bluegrass song, “Blues Stay Away.” The tune, originally performed by the Delmore Brothers and later by the Louvin Brothers, is a languid stroll, with close, lovely harmonies. Guitarist Ira Kaplan, bassist James McNew, and drummer Georgia Hubley just about whisper the haunting lines, while bluesy guitar licks meander and twang. “Life is full of misery/dreams are like a memory/Bringing back your love that used to be.” It’s a calming lullaby of despair.

The gently jarring contrast between sweet and bleak reflects the album’s origins. Sleepless Night was originally released  as one side of an LP included with the catalogue of the Los Angeles County Museum of Art’s exhibition Yoshitomo Nara. Nara is known for his illustrations of adorably sinister and sinisterly adorable children with large, unusually shaped heads. He first met Yo La Tengo during one of the band’s Japanese tours, and they’ve cultivated a mutual admiration for years. “The combination of cuteness and evil is hard to beat,” Kaplan laughed when we spoke by phone.

Nara’s collaborated with numerous musicians over the years, drawing album art for bands like Shonen Knife and Fantômas. For this LP, Nara gave the band a list of potential songs according to Kaplan, mostly in a country rock or roots rock vein. One track that Nara suggested was “Roll On Babe,” a folk song most famously recorded by Ronnie Lane of the Faces. On Yo La Tengo’s version, Hubley sings the tale of jumping trains, getting hooked on whiskey and gin, and rolling on with a dreamy languor over a head-nodding strum.

“We just felt there was something that felt appropriate to the time to just share what we were doing in lockdown without changing them very much.”

None of the other songs that made it onto the album were on the list. Most of them are in fact older unreleased recordings Yo La Tengo unearthed from their three decade plus career. But, “the songs that we chose were certainly in the spirit of the selections [Nara] made,” Kaplan told me. “Country rock or folk, that was his vision for our part of the record, and we were happy to do that.” (The flip side of the original LP, not included on the EP release, featured original versions of Yo La Tengo’s covers, and other related songs.)

Another song that nicely captures Nara’s mix of ominous and adorable is a cover of Bob Dylan’s “It Takes a Lot to Laugh, It Takes a Train To Cry.” Kaplan says it was recorded some time back for the birthday of legendary British DJ John Peel, who died in 2004. The band takes Dylan’s original blues rock and turns it into a Cat Power-esque drifting psychedelic dream, with Hubley singing so slowly it sounds like she’s sinking into a tar pit of feathers. You can just about see Nara’s weird little children crawling around the edges of the track, waiting to cuddle and/or feed.

Sleepless Nights was finished before COVID, when art openings were still happening and people could gather to celebrate eerie neotenous images together. The band’s kept busy since the virus too, though; in July they released a new album of originals, We Have Amnesia Sometimes. 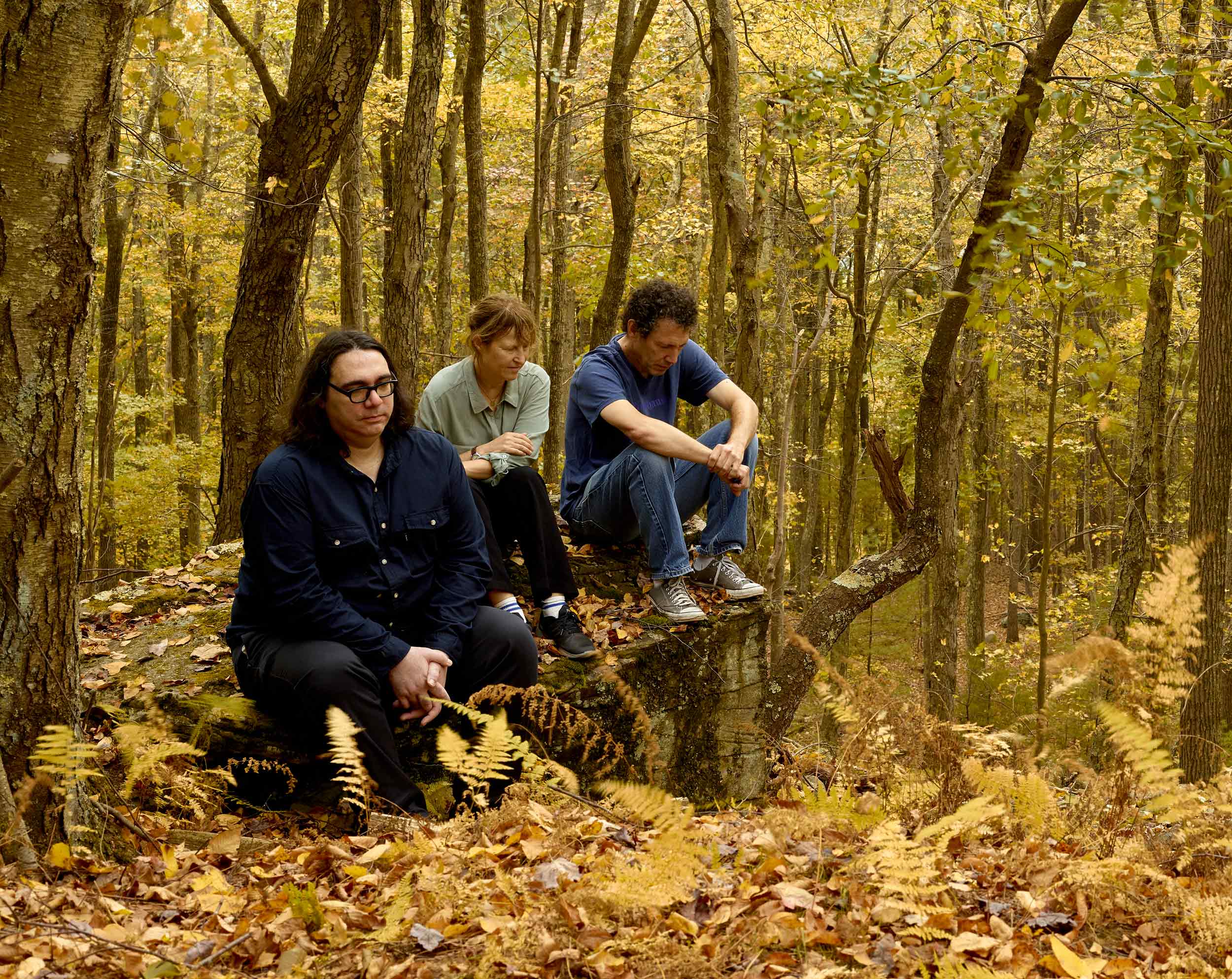 Kaplan says that for the band, the process of covering songs and creating new ones isn’t that different. Either way, “you’ve still got your past in your brain somewhere, and you’re still interacting with it, somehow or other.” While the two albums may feel similar to the creator, though, for a listener they’re very different experiences. Sleepless Nights is a collection of short, catchy melodies. On Amnesia, in contrast, the five tracks are each 5 to 9 minute long ambient drones, recorded with one mic in the band’s practice space. They’re meditative and almost trance-like; with the reverberations vibrating somewhere between Sonic Youth and Tuvan vocal chant.

“A lot of the songs that we release have a root in music that’s closer to We Have Amnesia Sometimes,” Kaplan says. “A lot of our songs begin that way. And then we will pull a certain moment and just start tweaking it, working with it, changing it. And in the case of these recordings, we just felt there was something that felt appropriate to the time to just share what we were doing in lockdown without changing them very much.”

The two albums serve as odd echoes of each other. As Kaplan says, Amnesia can be heard as a kind of sketch for Sleepless Nights, the amorphous hum getting shaped into melodies and rhythms, And Sleepless Nights also could be the starting point for Amnesia, as sweet songs unravel into chiming chaos. Together, the albums are a portrait of a band that is still able to take itself apart and put itself back together, as indie rock, bluegrass, drone, or whatever they dream themselves into next.