On 'Sorry You Couldn’t Make It,' the 77-year-old soul superstar expounds the radical, black roots of country.

“First of all, I was raised on country music,” Swamp Dogg says in a rolling Southern accent that sounds musical even when he speaks. Born Jerry Williams, Jr., the 77-year-old songwriter, producer, and singer is best known for his R&B and soul recordings, especially the idiosyncratic psychedelic 1970 classic Total Destruction To Your Mind. But while he loves soul, he listened mostly to country as a child—in part because R&B hits didn’t come on the radio till 10pm, when he was already asleep. His first live performance for a talent show when he was seven was a rendition of country star Red Foley’s gospel classic “Peace in the Valley.”

Swamp Dogg’s new album, Sorry You Couldn’t Make It, is a return to his country roots. But it’s also consistent with the music he’s been playing and producing over his six-decade career. “The only difference I see between country and blues is the delivery,” he told me. “Country is more laid back, where R&B, it’ll come at you from several directions. But we’re singing about the same things; ‘my woman has left, I gotta find the bitch,’ you know?”

You can hear the overlap in R&B and country everywhere in the new album. On the song “I’d Rather Be Your Used To Be,” Swamp Dogg sings up at the top of his range, evoking both Hank Williams’ yodel and his lyrical preoccupations. “I don’t believe your cold, cold heart could be true/If a man got on his knees/and worshipped you.” Meanwhile, the chunky guitar and supple drumming recall Southern soul backing. The song “Family Pain” has the tough lope and stinging guitar of a blues song, or of a Waylon Jennings outlaw country anthem. “Family pain family pain family pain family pain/they all going out together, smoking crack and dealing cocaine.” Country heartbreak and hard times; soul hard times and heartbreak—it all sounds like the same song when Swamp Dogg sings it. 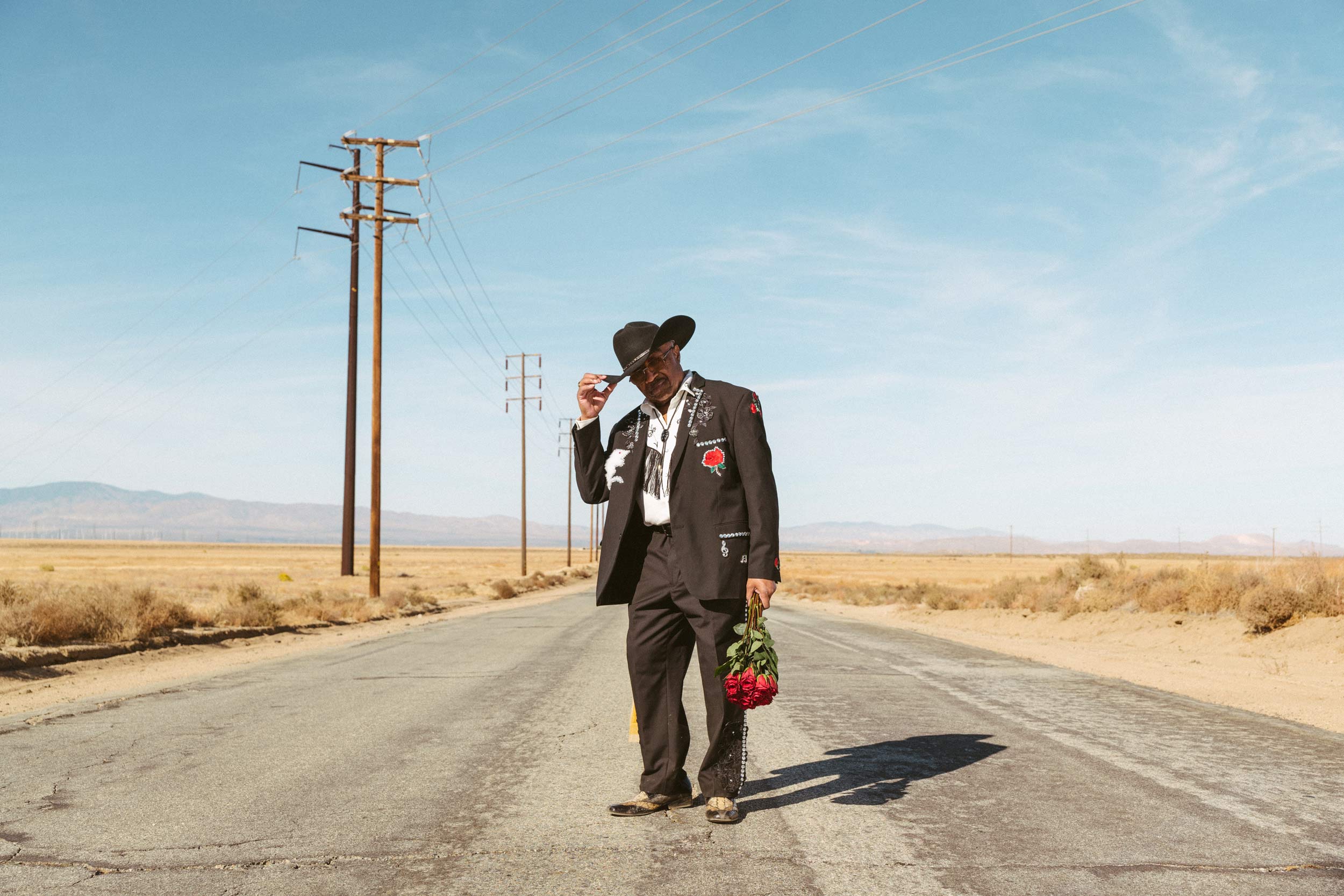 This album is hardly the performer’s first recorded foray into country. His song “She’s All I Got” was covered by Johnny Paycheck and reached #2 on the country charts way back in 1971. And country singer John Prine’s song “Sam Stone,” about a veteran who returns home and becomes an addict, is one of the songs Swamp Dogg regularly uses to close his shows. “I always thought that was one of the greatest songs ever written. John wrote the shit out of that song,” Swamp Dogg says. “But I sing it, so people think I wrote it. And when people ask me, did I write it, I tell them John wrote it. But if somebody just assumes I wrote it, I don’t say shit.”

John Prine himself joins Swamp Dogg on a couple of songs on the new album. The two have been friends since the 1970s, and their voices, ragged with time but still ready, fit together like worn gloves clasping. “Memories” warbles and wobbles with watery production effects, like the two are broadcasting through the mists of time. On the slow-rolling ballad “Please Let Me Go Round Again,” Prine talk-sings a line (“If you let me go round again”) and Swamp Dogg provides a soulful response (“I’ll build a better mousetrap from a far, far better plan.”) The song is about making something better from the shards of a life, and you can hear the two performers picking the pieces up and spackling them into place, ramshackle but right. The pace is so easy Swamp Dogg even has time to ad-lib a thank you to Prine for writing “Sam Stone.” Prine, in turn, thanks Swamp Dogg for spreading the song around.

Country is often thought of as music by white performers for a white audience, but there’s always been a substantial black influence on, and presence in, the music. Black performers from Otis Redding to Beyoncé have recorded country songs. Bob Wills and the Texas Playboys performed Western swing renditions of songs by Duke Ellington and Count Basie in the ’30s and ’40s; Florida Georgia Line had a hit with hip hop performer Nelly in the 2010s. The first great country star, Jimmie Rodgers, mostly performed blues. “He sung blues, and nobody said shit, but blacks were listening,” Swamp Dogg says. And that first country song Swamp Dogg sang as a child, “Peace in the Valley,” was originally by Thomas A. Dorsey, the black gospel composer, who, as Swamp Dogg says, “wrote more songs than God.”

Despite their influence on and love for the genre, and notwithstanding some iconic exceptions like Charley Pride, black performers have often been sidelined in country and on the charts. But with the success of performers like Lil Nas X, Swamp Dogg thinks that may be changing. “Now I feel I have a fighting chance,” he says. “Plus the album is something I wanted to do as a tribute, as a thank you to the country audience. I want to make blacks more aware of country music, and of Swamp Dogg.” Sorry You Couldn’t Make It isn’t just Swamp Dogg recording a country album; it’s Swamp Dogg showing this has always been his country.