By taking a look back at the Watts, Rodney King, and lesser-known East Los Angeles Riots, the artist helps make sense of the chaos currently around him.

If someone told me when I was twenty years old that my golden years would be spent in isolation amidst a worldwide plague, as my home state burns (literally) and my country descends into fascism, I would have asked them, ‘What are you smoking, PCP?’

Alas, we are now all in a living nightmare. As we try to find comfort and any semblance of joy sequestered alone (if you’re lucky, or unlucky with a partner or spouse) as events happening in rapid succession simply become too much to keep up with.

In California alone, there are twenty-five different fires burning at this very moment. (On a personal note, an evacuation was ordered within fifteen miles from the area I’ve been living. A few days ago I packed up all personal items and heirlooms from the high desert cabin I’ve been staying in since the start of the plague. The rest I offer to the fire gods of global warming.) 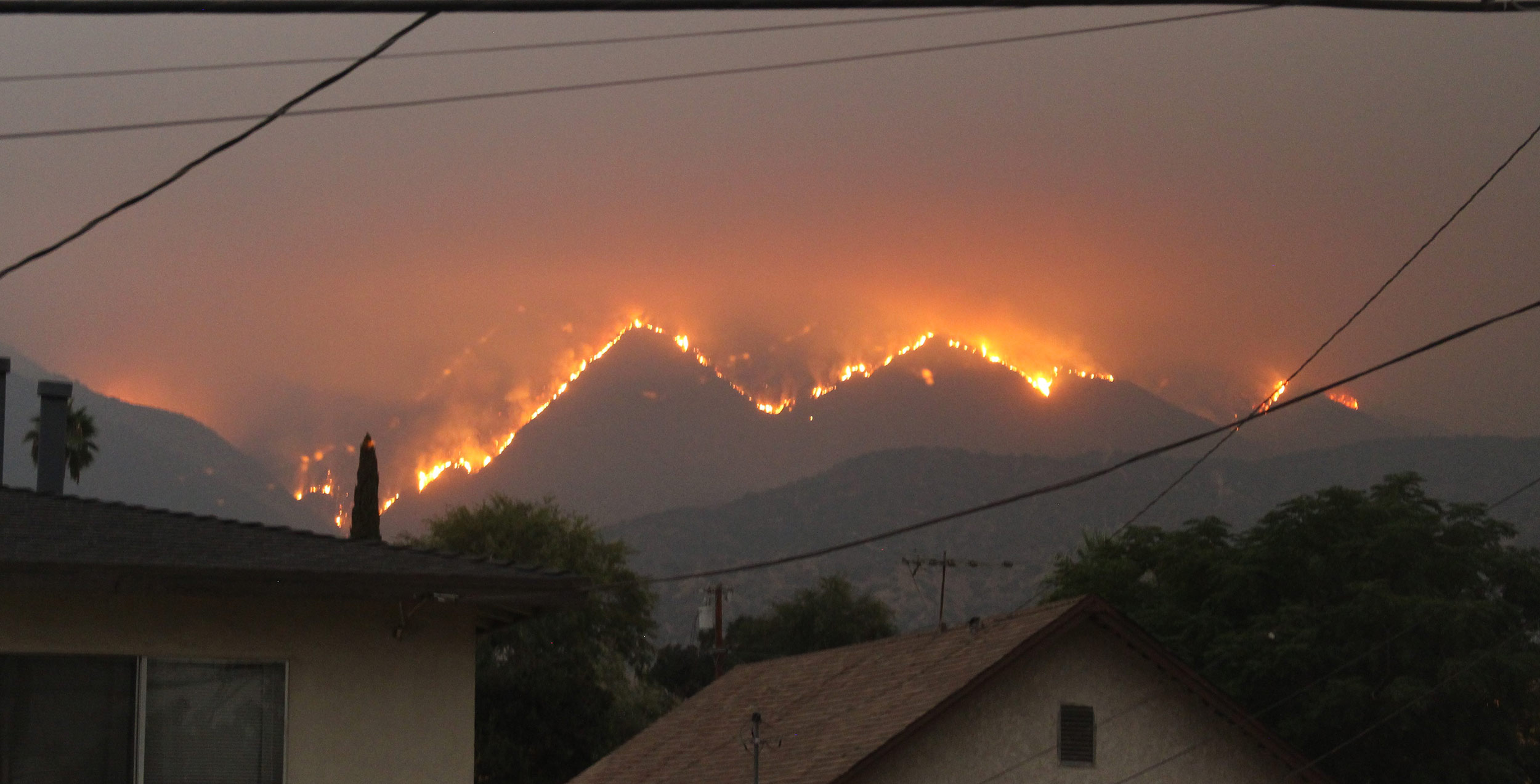 In Los Angeles, we have seen two weekends of Trumpworld drive-by caravans with monster trucks and soccer mom SUVs, cruising down Ventura Boulevard. With guns… on a Sunday… in front of Jerry’s Famous Deli. Yes, it’s owned by Jews. Yes, this is alarming! Loud and proud, these caravans circled back and forth for hours, ending with shootings in Woodland Hills. Another Trumpworld caravan went down Sunset Boulevard in Echo Park just this last weekend… ECHO FUCKIN PARK! The most liberal of all neighborhoods in LA County.

I have at least four Trumpster neighbors in the high desert (until forced out by fire evacuation), not to mention numerous good ol’ boys driving down Pearblossom Highway in pickup trucks with confederate flags, shredded for effect. MAGA is trying to take over. It’s the 21st century version of the Nazi Party’s Sturmabteilung (SA), A.K.A. the Brownshirts or Storm Troopers. I’m wondering when the MAGA Proud Boys will get together with all the good ol’ boys and belt out, “Tomorrow Belongs to Me!”

Meanwhile, Portland, OR and Seattle, WA are fighting back hard against the militarized police state and white supremacy vigilante attacks by Proud Boys. The violence was only curtailed by the wildfires that engulfed the states in flames and smoke so thick it turned the skies an eerie shade of apocalyptic red. The Authoritarian militias were forced to pull back. They can’t throw teargas at Antifa if even they can’t breathe.

Black people are murdered, without remorse, by the police state on a daily basis. Authoritarian brutality rains down on any group demanding to be treated like human beings and not livestock. Instantaneous protests are met with attack-mode response from authorities.

Obviously, such displays of blatant white supremacy don’t only happen in Southern red states. “Liberal” Los Angeles has its own enduring history.

In 1966, following a long legal battle with the city of Glendale, the American Nazi Party moved its local headquarters south to sleepy El Monte. For the next decade, the town of El Monte tried various legal means to force the Party to leave. As a kid, I have memories of a clash between residents and neo-Nazis in front of the National Socialist White People’s Party—as the American Nazi Party was renamed—headquarters on Peck Road. on January 30, 1972, a crowd of 100-plus organized by the Jewish Defense League marched in protest. Then a crowd of around 1,000 held vigil over six hours in front of the NSWPP headquarters, named Storm Troop 5. About 100 policemen stood as a barrier protection for the fuckin’ Nazis! Rock and bottle-throwing began from “both sides.” Then eggs were thrown and a cherry bomb exploded. 20 Nazis, some with rifles, lined up inside a fence around their swastika-emblazoned headquarters. In that conflict civilians won, eventually forcing the Nazis out, never to return again… so we thought. Rumor has it that in 1976 the Party sold the El Monte headquarters (a dumpy, two-story wood-shingle house), moved to Pasadena, and formed a chapter of the John Birch Society.

The Watts riots are historical in the context of residents destroying their own communities. At least that’s been the mainstream narrative, and the one still echoed today. What doesn’t receive acknowledgement is the impetus for the uprising. On August 11, 1965, Marquette Frye was pulled over for reckless driving. He was drunk. A minor roadside argument broke out, which then escalated into a fight with police, followed by six days of continued civil unrest. Nearly 14,000 members of the California Army National Guard were deployed, resulting in 34 deaths and over $40 million in property damage. Despite allegations that “criminal elements” were responsible for the riots, the vast majority of those arrested had no prior criminal record, and 23 out of the 34 people killed in the riots were shot by LAPD or National Guardsmen. It was the city’s worst unrest until the infamous Rodney King riots of 1992. 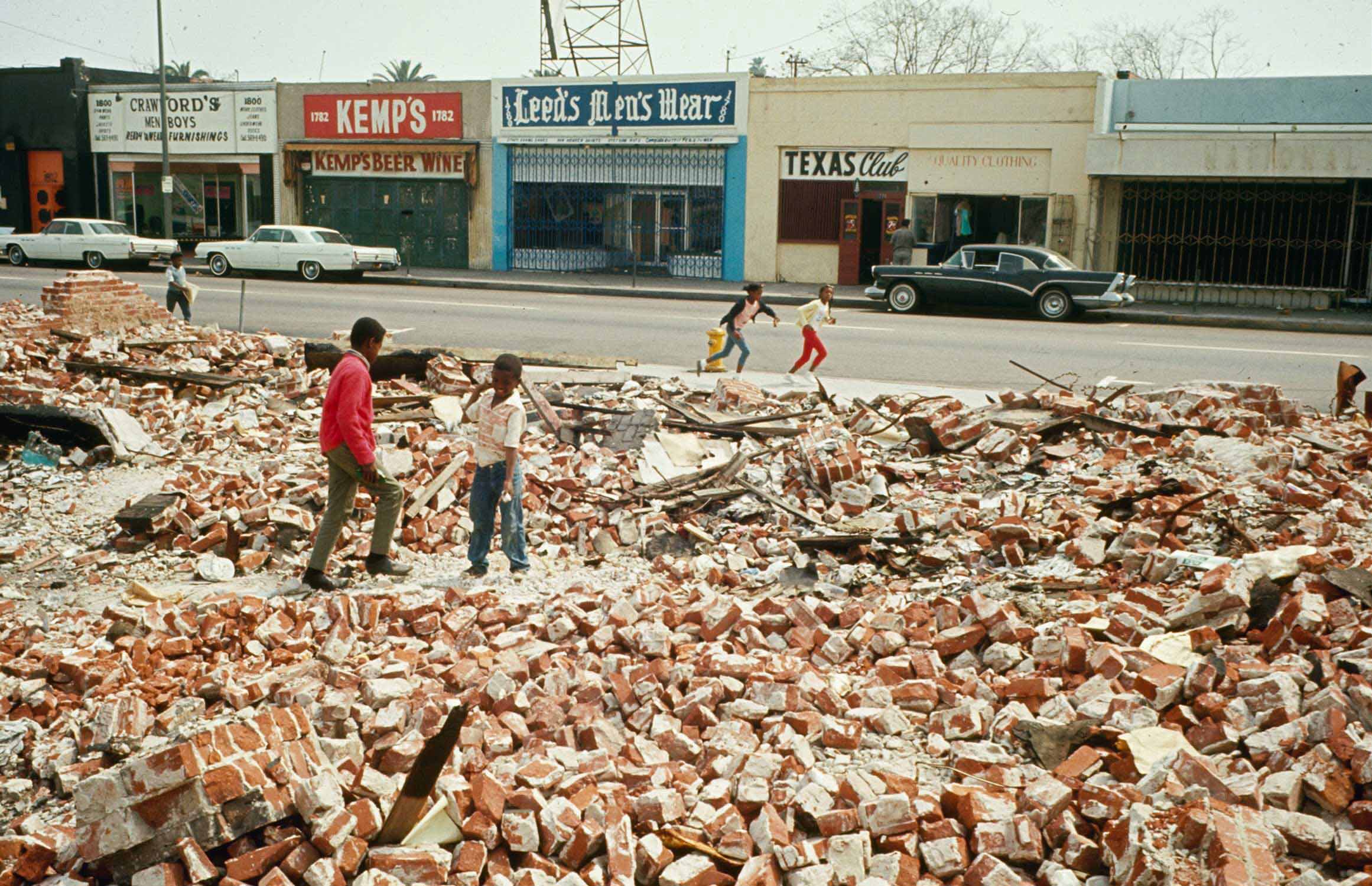 Photographed by Bill Ray for LIFE.

An event that didn’t receive as much press was the East Los Angeles Riots.

On August 29, 1970, 30,000 people marched down Whittier Boulevard, ELA. Organized by the Chicano Moratorium Committee, the large group had gathered to protest the Vietnam War. The committee’s stance: “Our struggle is not in Vietnam but in the movement for social justice at home.” Without warning, LA County sheriff’s deputies descended on the crowd (which included a number of mothers and children) with batons and tear gas. The injuries were staggering. Four civilians were killed, including award-winning journalist Ruben Salazar.

Little is known about these “riots” outside of LA County. Punk rock legend Alice Bag wrote a song about this event: “White Justice.”

As a 20-something Latino man living in West Hollywood during the ‘70s and ‘80s, I was stopped by WeHo police on a monthly basis. The reasons given ranged from, “You look suspicious, why are you loitering?” to “Why are you parking here?” The last question I answered, “This is my driveway. I live here.” If I was Black, I’d be dead.

My personal ongoing harassment ended with the Rodney King Riots of 1992, the aftermath and the removal of Daryl Gates. Gates was the Chief of the Los Angeles Police Department (LAPD) from 1978 to 1992. He took a hardline, aggressive, paramilitary approach to law enforcement. Gates is co-credited with the creation of SWAT teams, among other pre-totalitarian gems. In 1982, Gates attributed several deaths of Black people, held in approved police chokeholds, to the theory that, “Blacks might be more likely to die from chokeholds because their arteries do not open as fast as they do in ‘normal people.’” A modern-day klansman remark if there ever was one. After the mob-like beating of Rodney King by LAPD, there were trials where all cops were acquitted. Los Angeles was engulfed in flames. I remember the intensity of life during this time.

It was only the second time I saw my father cry; the first being the funeral of JFK.

In the aftermath of the Rodney King Riots, local and national media presented dozens of reports calling out the LAPD and Daryl Gates as an army of racist beat cops accountable only to an arrogant leadership. The paramilitary approach that Gates represented resulted in criticism and calls for the LAPD to shift to a community policing strategy. Gates resigned, I was never stopped by the police again.

The common thread to these ‘riots’ is they are labeled riots, but in fact are continuous public uprisings against the police state mistreatment and murder of minorities that has defined this country since its inception. This hasn’t subsided, but in fact has escalated to the point of no return in today’s hyper-militarized police state. Corporate mainstream media can’t talk about that so they talk about ‘riots.’

California has a history of local struggles leading to national change. This is where the saying comes from: “As goes California, so goes the nation.”

Almost 50 years after the neo-Nazi battles and anti-police violence uprisings of 1972, this is where we’re at in Amerikkka; chaos and white supremacy violence is the norm.

Up in the high desert, my sanctuary I call Bee’s Cabin was spared the ravages of global warming this season by only five miles. This gives me a certain hope during what can now only be considered apocalypse times—hope that we can still beat the harshness of the year 2020, including the mass destruction by dictator Trump. Now that the Amerikkkan dictator is out of hospital and back on his balcony doing bad impressions of Evita Peron—having infected over 14 people (and counting) including two White House housekeepers, his trophy wife, and the Joseph Goebbels of the 21st Century, Stephen Miller—I am giving him this new nickname—Typhoid Karen.

If we accept the political turmoil of California history, and take it as a canary in a coal mine warning; and I’m suggesting we do so, Amerikkka—what’s left of it—needs to read up on history ASAP. In this case I’m going to recommend French history; PRISE DE LA BASTILLE! AVEC LEURS TÊTES!! 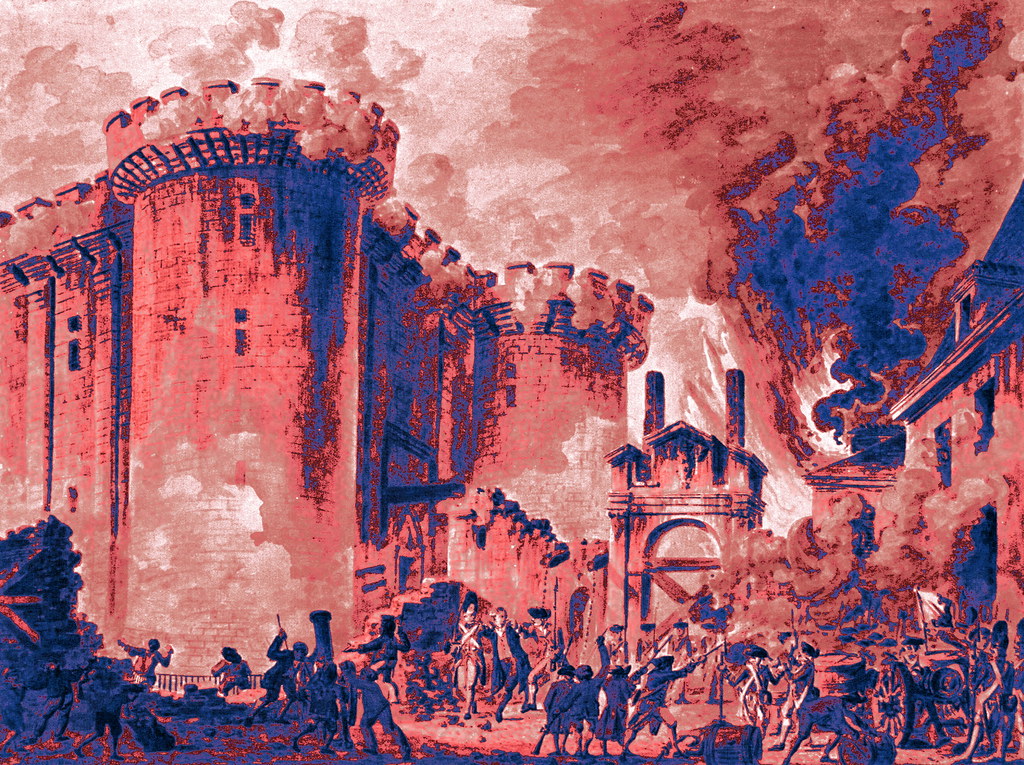 Stay on the streets, PROTEST, vote like your mutha fuckin life depends on it, because it most certainly does.

Rick Castro is a writer-photographer-filmmaker-blogger and lifelong Angeleno. Find him on Instagram and Blogspot.