Rather than indulging in the extravagance of unadulterated fantasy for Salvatore Ferragamo’s Spring/Summer 2021 collection, creative director Paul Andrew found direct inspiration in the surreal, suspenseful beauty that already lives in the films of Alfred Hitchcock. Andrew spent his quarantined spring rewatching Hitchcock favorites with a new perspective—one made possible by the new reality he found himself living in, a reality that felt stranger and more bizarrely cinematic than ever before.

Andrew paid homage to the famed director’s masterful understanding of color through his exclusive use of shades that were punchy yet cool, and instantly evocative of iconic costumes from Hitchcock classics like Marnie, The Birds, and Vertigo. Monochromatic pairings were a dominant theme, and visual coherence was further established through repetition of details like oversized collars, unexpectedly outré shoes, and substantial leather bags shaped like irregular polygons. The collection echoed an aura of leisure, mystery, and elegance—a combination that recurs in costumes, atmosphere, and ambiance throughout the Hitchcock canon. 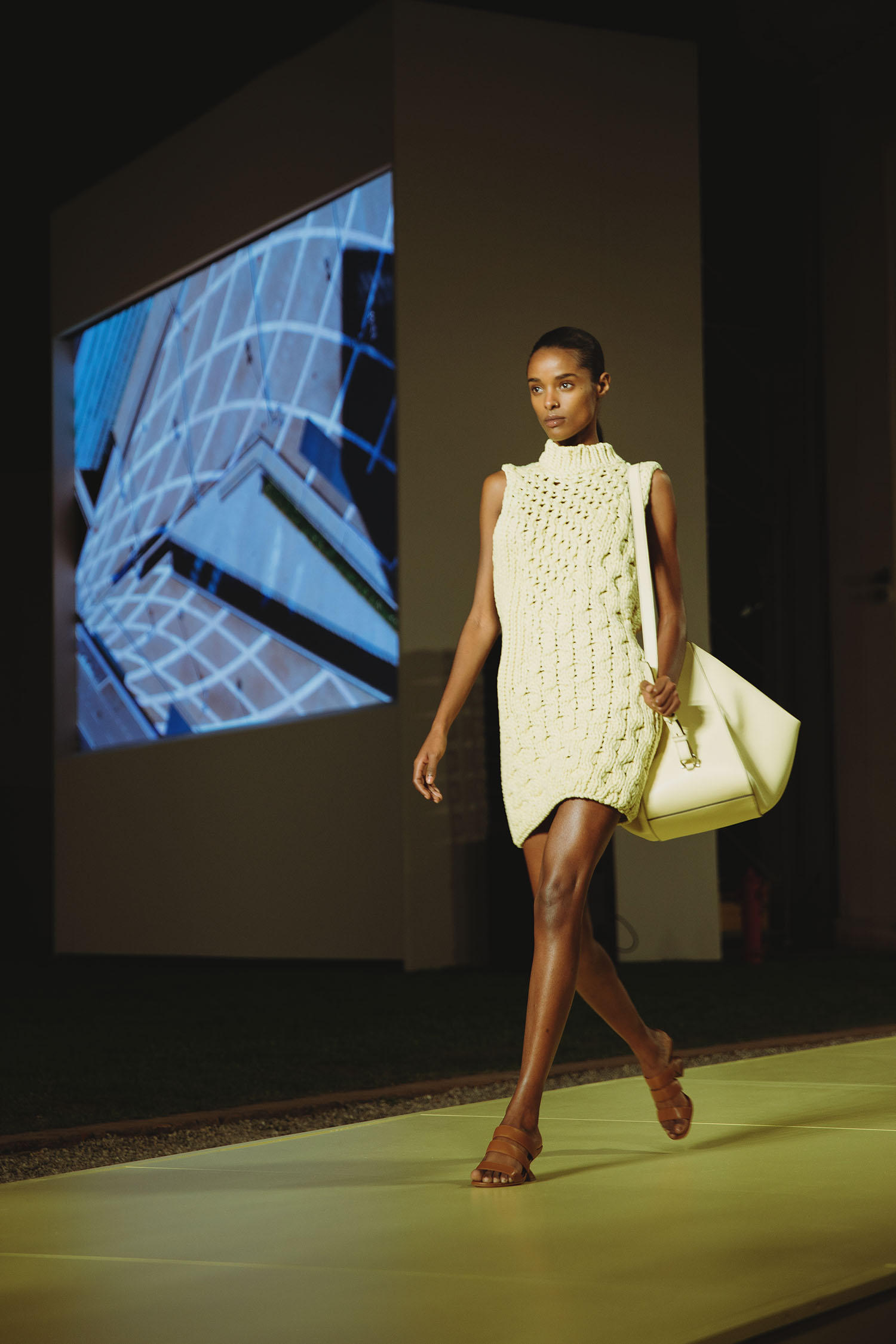 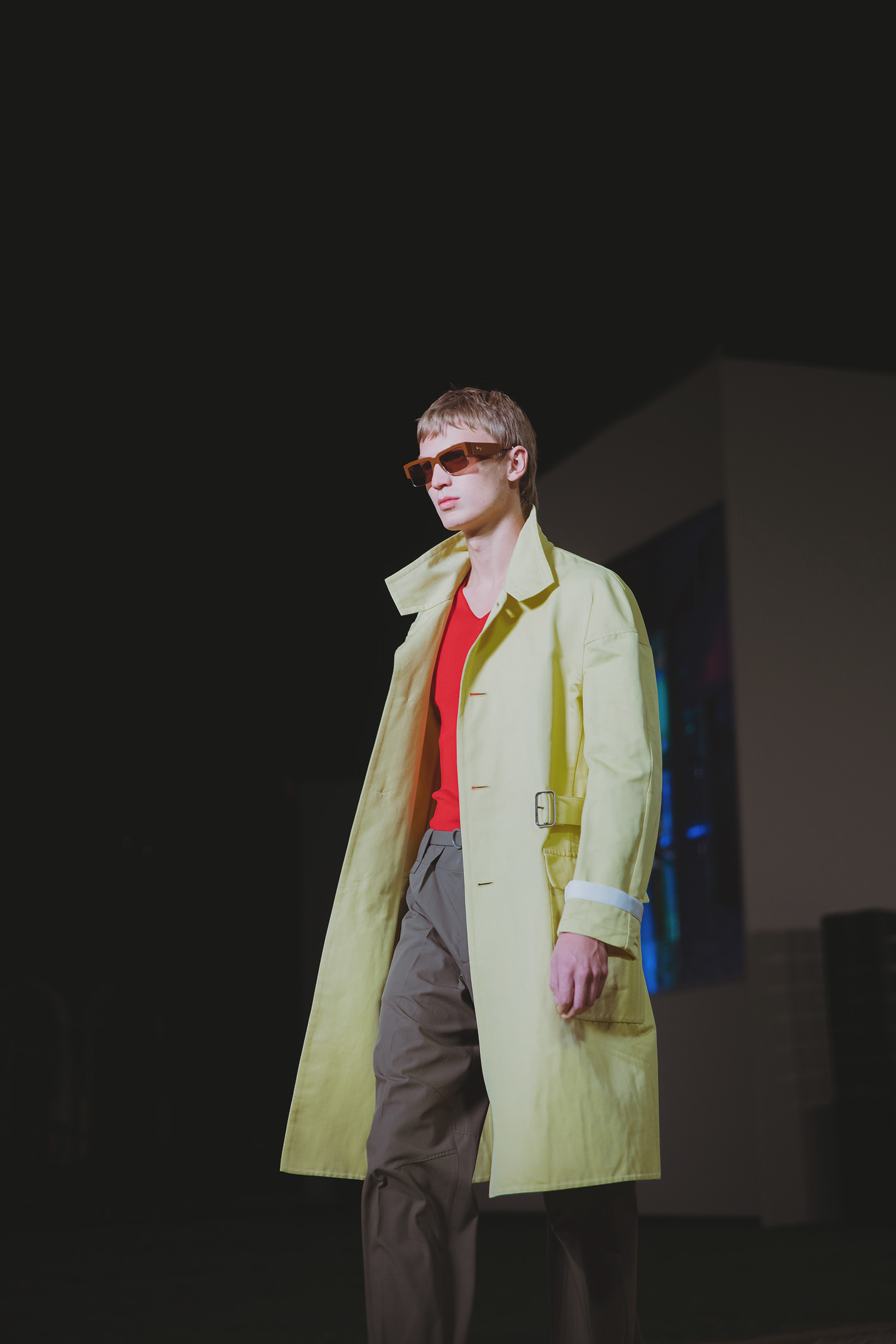 At first glance, many of the looks appeared polished to a gleam, but further inspection revealed an abundance of off-kilter statement pieces, including two reimagined versions of the Ferragamo F-wedge, each with a curved heel reminiscent of the Rubenesque contours of a Noguchi sculpture. More tributes to the Hitchcockian surreal were found in the formal white gloves that appeared throughout the show, the lines of fringe that swayed from an otherwise tame pair of brown trousers and a modestly cut shift dress, and a multi-toned seersucker that acted as something of an optical illusion when cut into the shape of a thin-strapped dress. A Hitchcock-inspired collection couldn’t be complete without a trenchcoat—Andrew provided a muted grey take on the cinematic staple, coupled with a pair of black trousers bisected a few inches above the hem to reveal a pair of square-toed slingbacks. 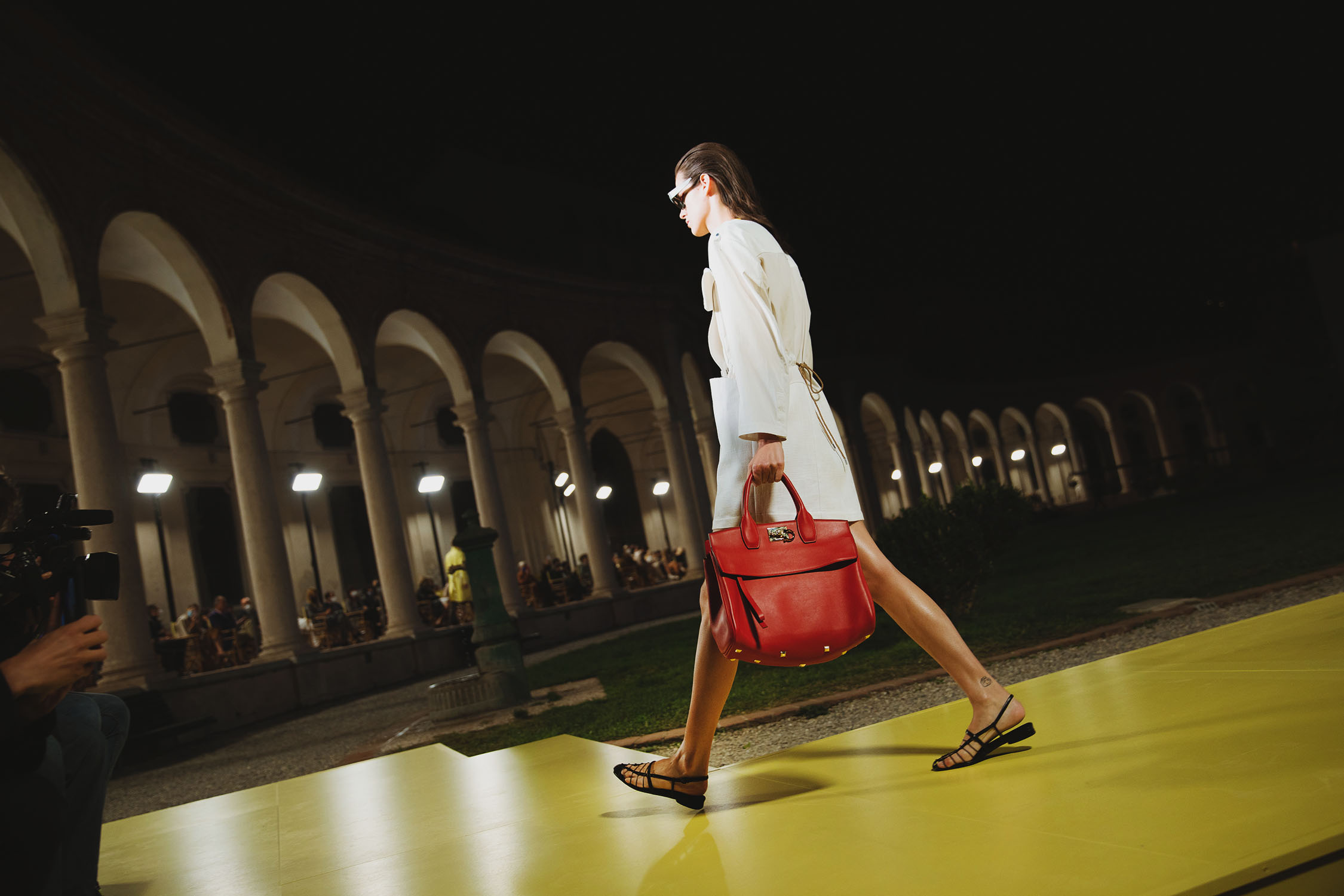 Andrew enlisted acclaimed Italian director Luca Guadagnino, a fellow Hitchcock lover, to create a short film that debuted at the opening of the collection’s runway show, which took place at the Rotonda Della Besana in Milan. Guadagnino’s film offered a suspenseful Technicolor vision of well-dressed scream kings and queens, played by a cast of models, roving about an eerily empty Milan and outfitted in head-to-toe Ferragamo.