Luca Guadagnino has conquered love, now he hopes to scare the world

The Italian director behind last year's most moving love story discusses his 'deeply personal' remake of Italian-horror classic 'Suspiria,' set to be released this September, for Document No. 12.

A satisfied exhaustion is the tenor of Luca Guadagnino’s conversational manner, these days. Understandable, when you consider that the 46-year-old Italian filmmaker is coming off a sprint of a year that saw his fifth feature, Call Me by Your Name, go from being a modest independent production to an awards circuit Cinderella, ultimately cinching an Oscar for Best Adapted Screenplay (by the cinema’s classicist, James Ivory) this March. When Document spoke with the Italian-born director, he was dubious about CMBYN claiming any golden statuettes at the night’s end, and looking out at a 2018 that promises no reprieve in his schedule. Guadagnino’s remake of fellow Italian director Dario Argento’s horror epic Suspiria is set for a September release and will likely change the way audiences appreciate Guadagnino’s amorous vision of the world. And while he’s hinted in interviews that he could step away from filmmaking at a moment’s notice, without regret, Guadagnino’s insatiable creative appetite may obstruct any premature departures from the world of cinema. Already, a sequel for Call Me by Your Name has been announced, which will further follow the story of Elio, while another shade of Guadagnino will be revealed in the noir mystery Rio, starring Jake Gyllenhaal, Benedict Cumberbatch, and Michelle Williams, also slated for a late 2018 release. The director spoke with Document’s Nathan Taylor Pemberton shortly after landing in Los Angeles before Hollywood’s biggest night out, and before his self-initiated vow to rid himself of his iPhone.

Nathan—From New York, or from Italy? How long is that flight?

Nathan—I imagine you’ve been going back and forth a lot. What do you do on the flights to pass the time?

Luca—This time, I fell asleep at the beginning, slept for about four hours, woke up, and then connected myself to the internet. One of the great new things of the last few years is that you can connect to the internet while on a plane. I went back and forth between chatting with people on my phone and reading Fire and Fury, the Michael Wolff exposé of Trump.

Nathan—What’s it like reading Fire and Fury as a director?

Luca—It would make a great, great farce. It would be fantastic. The book is astonishing because what you read is really funny, but, at the end of the day, all the fun comes at the expense of a great nation like the United States. Because this guy is the president!

Nathan—Do you prefer being able to stay connected to the internet on flights, as opposed to being hermetically sealed off?

Luca—After this week, which ends on Monday morning after the Oscars, I have promised myself I will get off of my iPhone and electronic devices that keep me constantly connected to the internet. I think I have a sort of toxic attitude towards it. I always want to be wired and connected, to the degree where I would have anxiety after a long flight due to the massive amounts of emails I was missing. I have to get a normal phone, not a smartphone.

Nathan—You’re going to get a flip phone?

Luca—Yeah, I have an old phone from before the age of the smartphone that still works okay.

“If I do believe in a project, I would do it for free. If I don’t believe in it, you could cover me with gold, but I’m still not going to do it.”

Nathan—Do you find that we are talking for talking’s sake in all of our communication online? When you’re navigating projects of the scale that you’re working on, I can imagine that people will talk endlessly about talking endlessly. There’s an exhaustive recursive quality to email and text.

Nathan—What would these other things be for you if you were on your phone less?

Luca—It would definitely mean reading more books, as I used to do before. Previously, I was reading about four books a week. Now if I get through two a month that’s a lot. It is really about being in the present, instead of being in a sort of delayed presence.

Nathan—With the Oscars in a week, it’s going to be a very hectic, and hopefully a very celebratory, moment for you. As filmmaker, you seem perennially enmeshed in your projects, so what is it like  to come up for air at one of the biggest parties on the planet?

Luca—It’s fun, actually. It’s interesting to see the institution at play. It’s a wonderful machine. You see how these institutions really are invested in creating a great pattern of entertainment, and how serious it is. It is quite fantastic, and I have great respect for it. Having said that, I am going to go to the Oscars with the greatest serenity.

Nathan—You wore a pretty loud tie at the Call Me by Your Name premiere. What are you planning on wearing on your big night at the Oscars, knowing that you like to wear loud ensembles occasionally? Where can I find that tie, by the way?

Luca—For Oscar week, I am wearing a different suit every night. It is really the same suit but in different colors. I have one in purple, pale-blue, pink, and in sage-green. Those four suits are all exactly the same. Then I’m also going to have a tuxedo. The tie was Prada. All of this is Prada.

Nathan—Your personal presentation seems very intentional to me, like another story you’re telling.

Luca—It’s fun! I do it because it’s fun. It’s in the glorious tradition of entertaining people.

Nathan—That’s a good point. I think a lot of people often miss the fact that it’s just another canvas. Or that it’s a form of presentation or a narrative.

Nathan—I’m looking at what you have coming up this year—Suspiria and Rio—it seems like you’re still diving into projects headfirst.

Luca—I’m not a slave to my work. I do it only if I really want to do it. I don’t feel like I have an obligation to make films under any specific rhythms of production, or stuff like that. First of all because I am very tired. Suspiria is almost finished, and I’m really happy with it. I hope it’s going to scare the world just as I want it to.

Nathan—I truly hate horror films. Suspiria is probably still the most off-putting film I’ve ever seen in terms of gore, blood, and barbed wire. That said, the soundtrack is amazing.

Luca—Wait until you hear something what Thom Yorke made for this soundtrack.

Nathan—I hope there’s harpsichord all over it.

Luca—Suspiria is probably one of my most personal films, both in my inclinations and in my interests. I think the last three movies I made speak physically of love, passion, and desire. Suspiria is not theoretically like this, but maybe you will find threads, let’s say phantom threads, in Suspiria that tie into my other films. [Laughs] 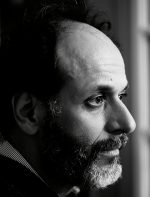 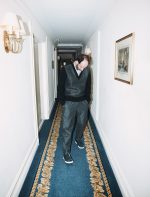 Luca—I’m not boastful in saying that. It’s true, I never have. I’m trying to think of something, but no. I have really never done anything I did not want to do. I have always had the choice to say “yes” or “no,” and I chose to say “yes” for specific reasons. Can I do it and believe in it, or not? If I do believe in a project, I would do it for free. If I don’t believe in it, you could cover me with gold, but I’m still not going to do it.

Nathan—That’s a conversation I hear a lot with people my age who want to be creative, but…

Luca—Congratulations. When did you turn 30?

Luca—So you’re what, a Capricorn?

Nathan—I believe so. That’s what I’ve been told.

Nathan—But this is something we’re told a lot, people who want to be creative, you shouldn’t be concerned with money and you should do it regardless, yet there are other factors that force people into choosing certain projects. I’m curious if this is something you think might impact the next cohort of creative people, be it in cinema or literature, the fact that you have to be pragmatic sometimes.

Nathan—At what age do you feel you came into yourself and understood what that was for you, as a person and also a director? 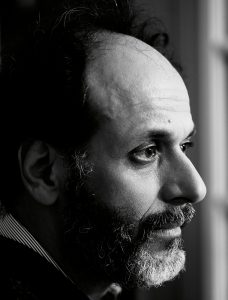 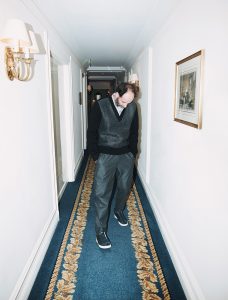