“It’s a way to reclaim our relationship with nature and the land.” Behind Freedem’s Instagram-based reparation network, Underground Plant Trade

Georgia-born, New York-based artist DJ Freedem has made an unexpected habit of going viral. Trap Gardening, the plant and relationship advice video he posted last summer “as a joke” is now a popular series in its second season. This June, Freedem found himself in a similar situation after tweeting, “If you’re white give a black person a plant this instant”—a spontaneous idea that morphed into a full-fledged plant-based reparation network in a matter of days. Freedem never intended to launch a national movement, but his message was serious, and his followers treated it as such.

The Underground Plant Trade (UPT) is a digital platform, currently confined to Instagram, where “Black people come to collect their reparation plant from white people,” as Freedem describes in one post. The setup is simple. Freedem will post a picture of a state or region so users from the respective area can connect with one another in the comments. White people are encouraged to leave comments specifying what plants they have to offer or if they would be willing to send money for plants. Black people leave comments stating what plants they are looking for or responding to existing offers. Once a match is established, the users are left to work out the exchange on their own terms.

Whether he’s DJing, Trap Gardening, or facilitating plant trade across the nation, Freedem’s success is a testament to the power of his attraction. Just before I arrive at Maria Hernandez Park for our interview I get a text from Freedem saying, “I’ll be wearing all orange. Can’t miss me lol.” Sure enough, his brilliant orange outfit, bleached hair, and green glasses stand out from across the park. As we’re shooting, an excited passerby stops briefly to praise Freedem’s style and natural ease in front of the camera.

Document recently caught up with DJ Freedem to discuss the significance of plants as a form of reparations, finding joy through compassion, and what’s next for the Underground Plant Trade. 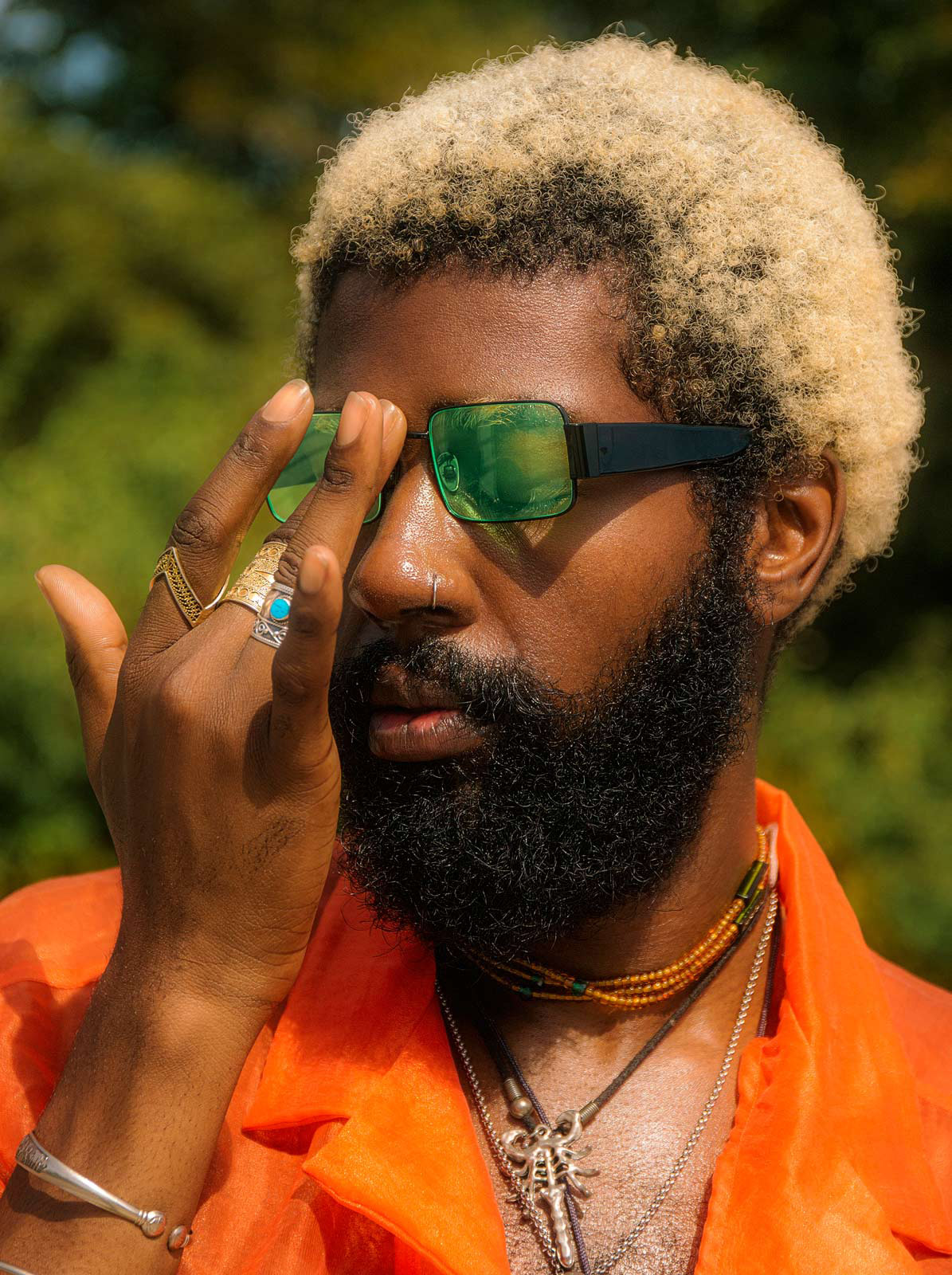 Benji Geisler: How long have you been gardening?

DJ Freedem: A year—this all started last summer. Trap Gardening went viral that whole summer. At the end of the summer I thought, ‘OK, I’ll never do it again,’ because I was running out of ideas and plants to talk about. Then [my followers] kind of bullied me into making more.

I’m very no-yes. I’ll tell you ‘no’ and then be like ‘yes’ later on. So I said, ‘No, I’m never doing it again,’ and then I did do it again [this summer] and it’s gotten even bigger the second time around.

I’ve always enjoyed being around nature and plants. Georgia is so green. I’ve always been into greenery. Like when I would do psychedelics I’d always find myself attracted to a cute little tree.

Benji: What drew you into taking care of plants in the first place?

DJ Freedem: Well, I had a really big room in my old apartment so I wanted to fill it with something. I was like, ‘I don’t want to get a couch ‘cause what am I gonna do with a fucking couch when I move somewhere smaller?’ So I figured, I got all this space, let me get plants. I bought two to start and I got addicted—I couldn’t stop. The next thing I knew, I had fucking 40 plants and a whole webs series about them. 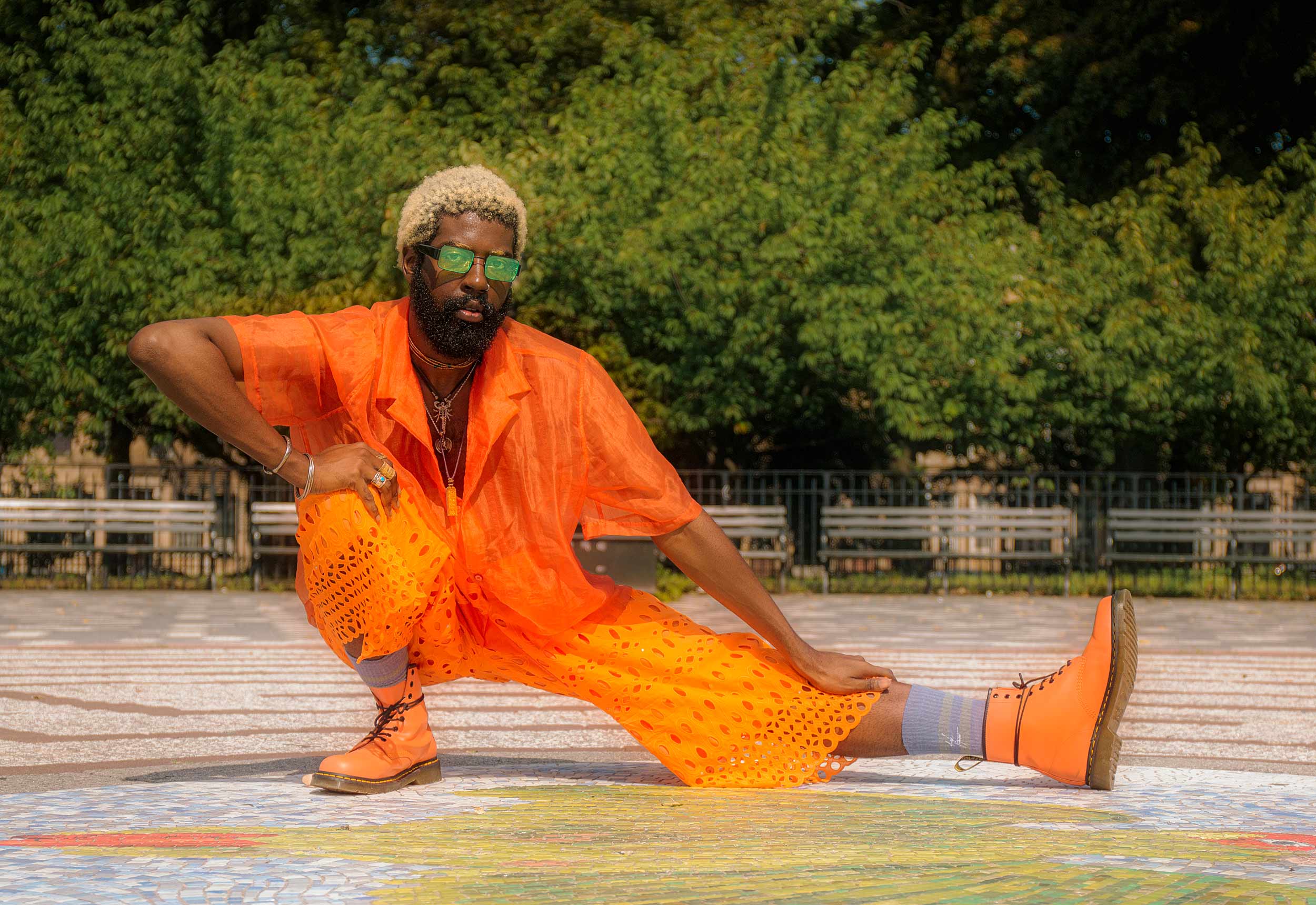 Benji: Are you a self-taught gardener?

DJ Freedem: The reason why Trap Gardening came to be was because of research. I was learning to take care of a plant that I have called ‘the dumb cane’ that’s really poisonous. With my mind being twisted I spun that around and was like, ‘Oh, you can use your houseplants to kill your boyfriend,’ and that’s how Trap Gardening came to be. That’s how it all started. I dropped one video as a joke and then boom it became a thing.

It’s always been a matter of improvisation and learning as you go for me. That’s really how gardening is. At the end of the day I can’t tell you everything. It’s all about trial and error and experience—knowing what works and what doesn’t work.

Benji: I have to ask, do you have a favorite plant in your collection?

DJ Freedem: My favorite plant right now is my money tree, which was a gift from my coworker. They’re good luck if someone gives it to you. If you buy one, sure, it’s good luck, but it’s not the same. She gave me hers because her apartment didn’t get enough light. It literally only had, like, two leaves. A year with me and it’s a whole ass tree. I love it. I love my money tree so much.

Benji: The Underground Plant Trade started with a tweet. When you posted it, did you imagine it might materialize the way it has?

DJ Freedem: That week I was seeing people be like, ‘Cash App a Black woman $50.’ So I rebranded that to be, ‘If you’re white, give a Black person a plant.’ I posted [the tweet] on Instagram and it just spun out of control. Someone was like, ‘Yo, I have all these plants to give, hit me up,’ and then everyone followed that example. I called my friend, and I was like, ‘What should I do?’ and he suggested making a new Instagram for it. It blew up. The account got 40,000 followers in, like, a month. It already has as many followers as I have in way less time. I didn’t expect it to go viral. 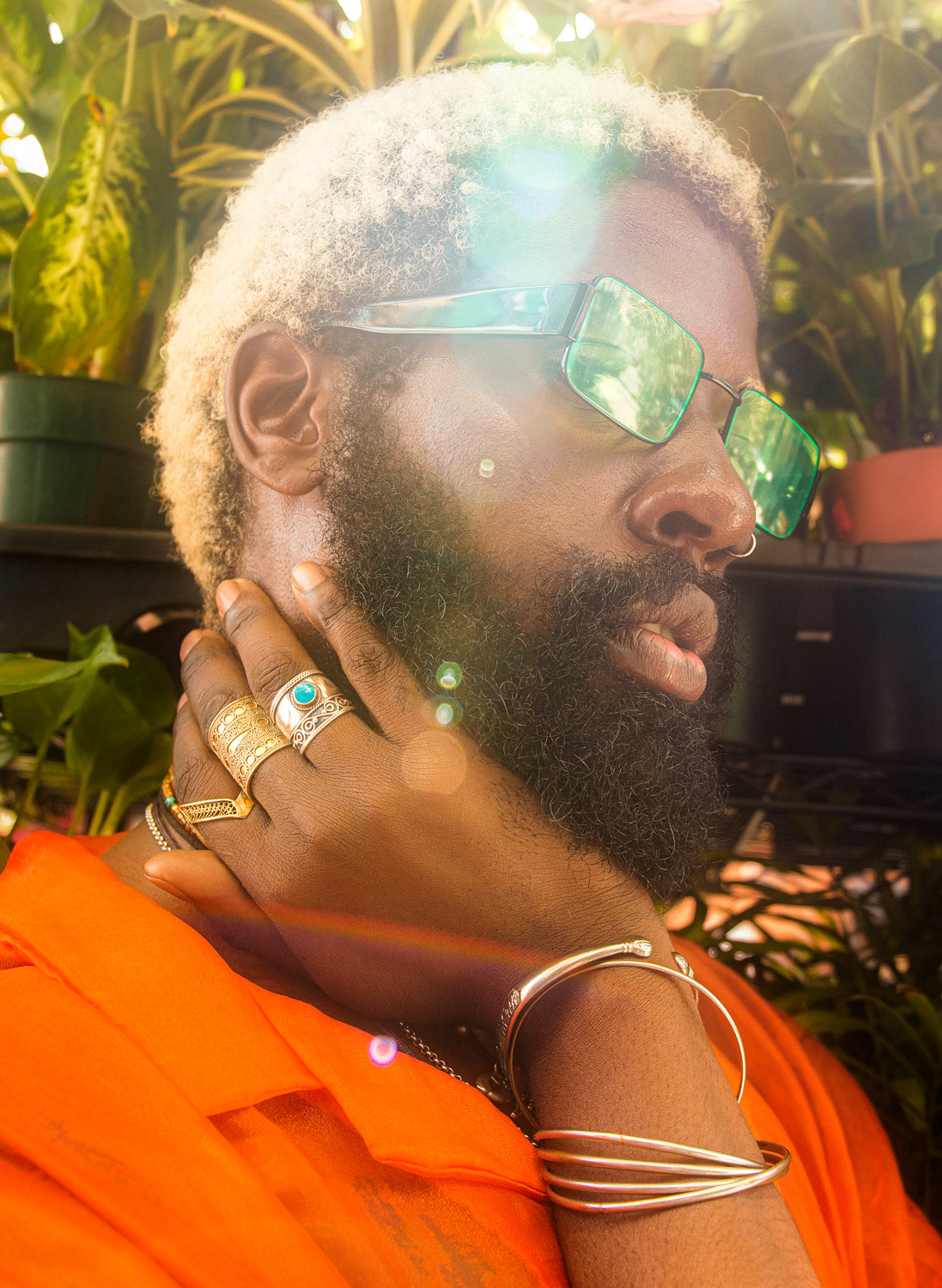 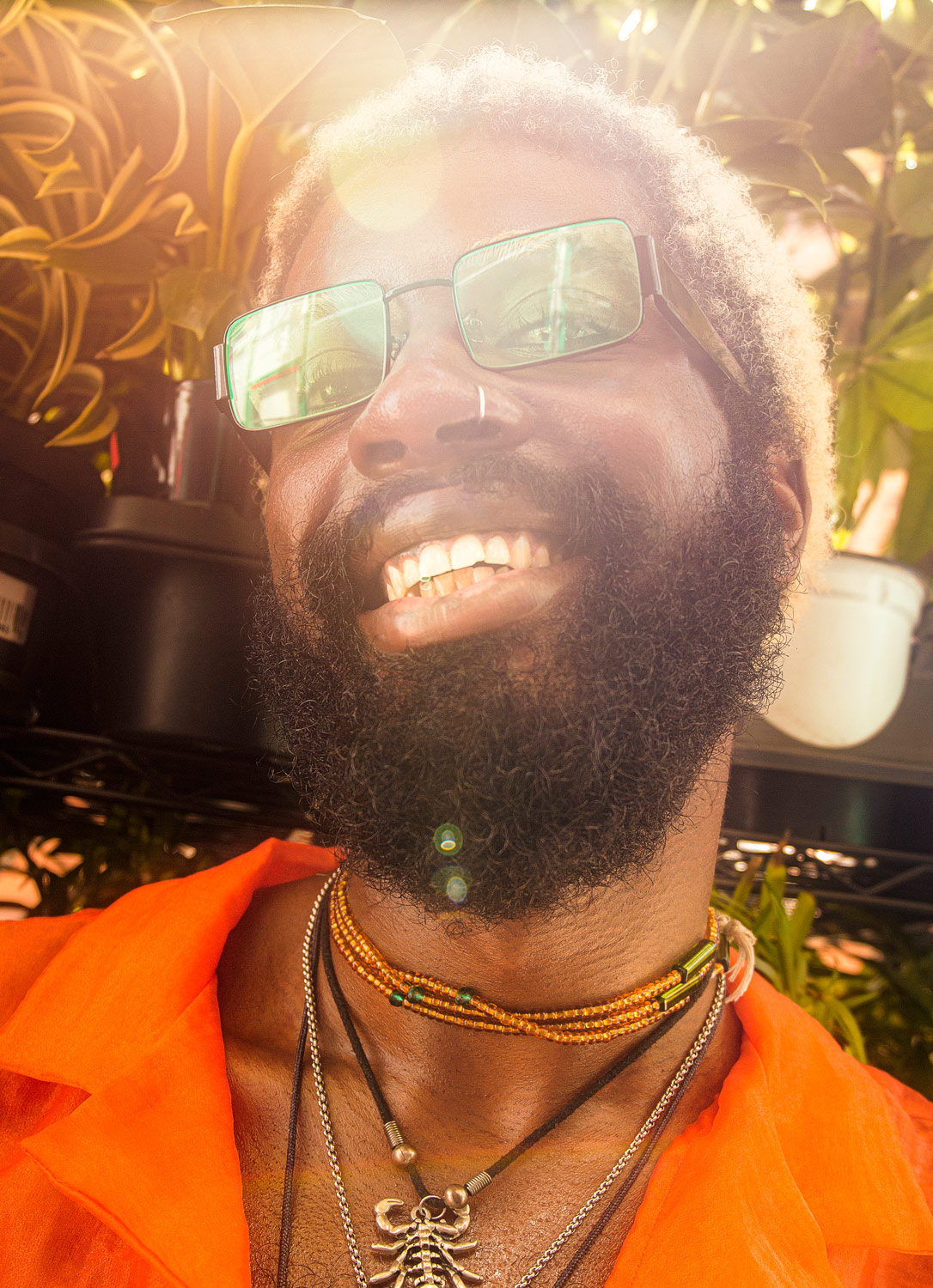 Benji: How much of UPT runs by itself?

DJ Freedem: The whole thing runs by itself. I literally just have to post the states, post the regions, the cover, and it just runs itself. People will coordinate their exchange and then tag me later saying, ‘Oh my God, I met so and so and I got all these amazing plants.’ People are getting a lot of plants. People who had zero now have, like, 25—it’s crazy. They all got it for free.

Plants start at $20, $25 if you want nice-sized cute ones. People either can’t afford that or they can’t find the plants that they want in their areas. So I’m like, Why not have them sent to you or ordered for you?’

Benji: What kind of responses have you been getting?

DJ Freedem: People love it. It’s really not that hard to do a good deed. Like, just get out of bed and go do something nice. I think that’s what I’m trying to show you. You can take something that you have laying around and brighten up someone’s day with it. Whether it’s a plant or some pots or some tools or clothes or whatever it may be. You can literally brighten up someone’s day without even using the right side of your brain. It’s so easy.

The whole point of UPT was to open up the door for conversations about reparations and thinking about how we can get that started. Obviously a plant isn’t going to cure hundreds of years of racism and slavery, but it’s a good way to open that conversation.

Black people weren’t allowed to have farms, let alone fucking gardens. Our lands used to be burnt up and taken from us. We’re reclaiming that. It’s a way to reclaim our relationship with nature and the land. People have been trading plants as well as information and knowledge so it’s been really cool to see people connect over something green. 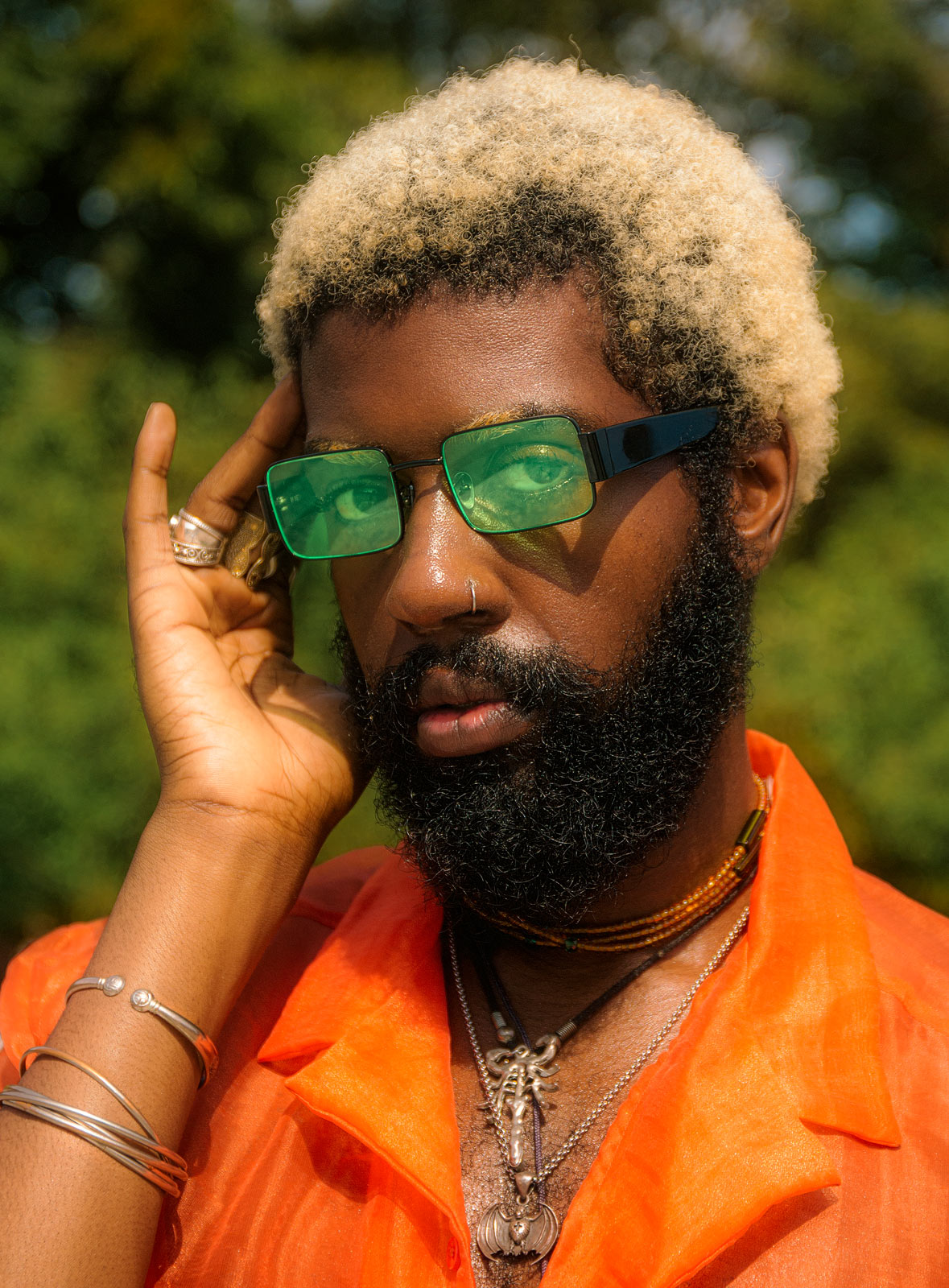 Benji: Congratulations on receiving the Dazed 100 Ideas Fund, what are you planning to do with the grant?

DJ Freedem: I’ve hired a team. I now have a project manager, web designer, and graphic designer. It was a big step for me, asking for help, because I was feeling overwhelmed. I had all these things that I could do, that I wanted to do, but I didn’t know how to get organized or off the ground.

Right now we’re in the process of building a website which should be done in early September. I want to get off of Instagram and create a new platform that’s more organized because currently all the interactions take place in the comments section. We’re going for a vintage, Myspace-y, early 2000s vibe. The whole thing is definitely nostalgic as far as the way I want it to look and feel. I miss the old 2000s GeoCities websites.

Eventually, I want it to evolve into a marketplace for people, like Craigslist in a way. A platform where people can get things they need, like gardening tools and clothes, not just plants, from people who have those things just lying around.

We’re also thinking of other ways to expand it. Whether that’s products or merch, or other new multimedia content that I can produce underneath the Underground Plant Trade name. We definitely want to highlight and partner with plant shops, whether that means doing little workshops, interviewing them, or shooting content on location, but we’re just not there yet. 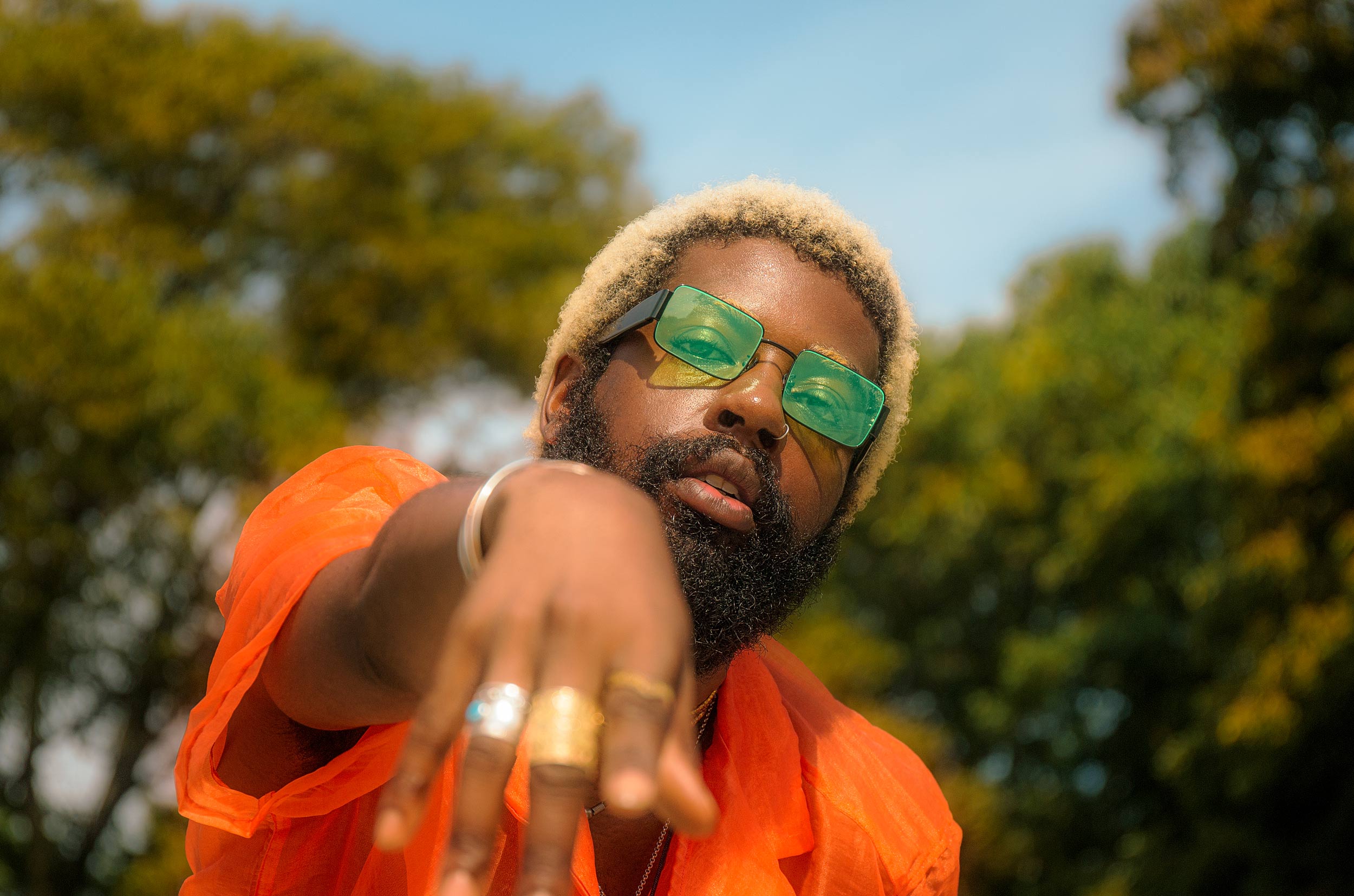 Benji: How important is the notion of healing within your relationship to plants and the Underground Plant Trade?

It’s the first thing I do when I wake up—I check my plants. It’s a distraction from all the ugly thoughts that are going on. I’m on my own little path of healing. I’m just trying to find the joy in everything—you have to.

If you give your plant too much love, it’s not going to give you that much love back. You have to give it some space. That’s true with all relationships too. You can’t smother something and expect it to grow. I definitely think plant care translates to relationships. If you have some dying plants you probably shouldn’t be in a relationship. Do you even care? Are you even noticing? Are you paying attention? It’s all about observation, compassion, and paying attention. 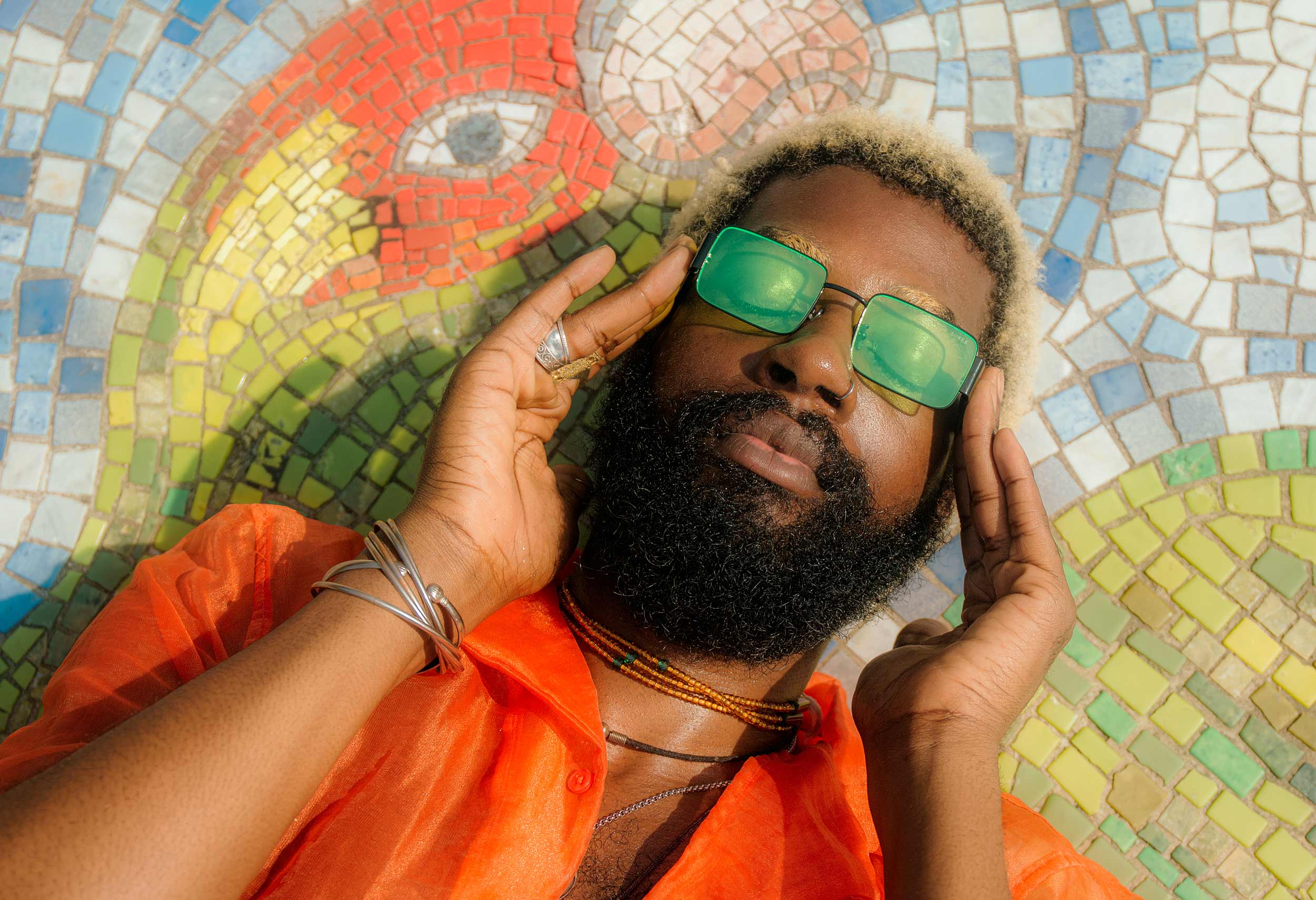