For his much-anticipated 'Epilogue' show, Alessandro Michele cast his own design team to model the collection

Gucci’s much-anticipated, 12-hour live stream commenced this morning with a ’90s art net-look in the Palazzo Sacchetti and its idyllic garden. The 76 looks flashed along the screen, sometimes juxtaposed next to a bean or tomato (a day earlier, fresh picnic baskets had been delivered to the doors of editors and influencers). The looks themselves were worn by designers within the fashion house, proving that everyone who works at the company oozes that certain signature Gucci coolness. “Marvin Desroc, mens ready to wear design” wears a sky blue and white striped tee, a long wool coat, ombre jeans, and a ruby red satchel. “Antonio Pecov, women’s ready to wear designer” was flashed along the screen next to an image of a fresh tomato (labeled vegetable_tomato). Each model and contributing designer had their respective styling sticky notes and tabs pinned next to a photo of their face, nails, or “focus” accessories. 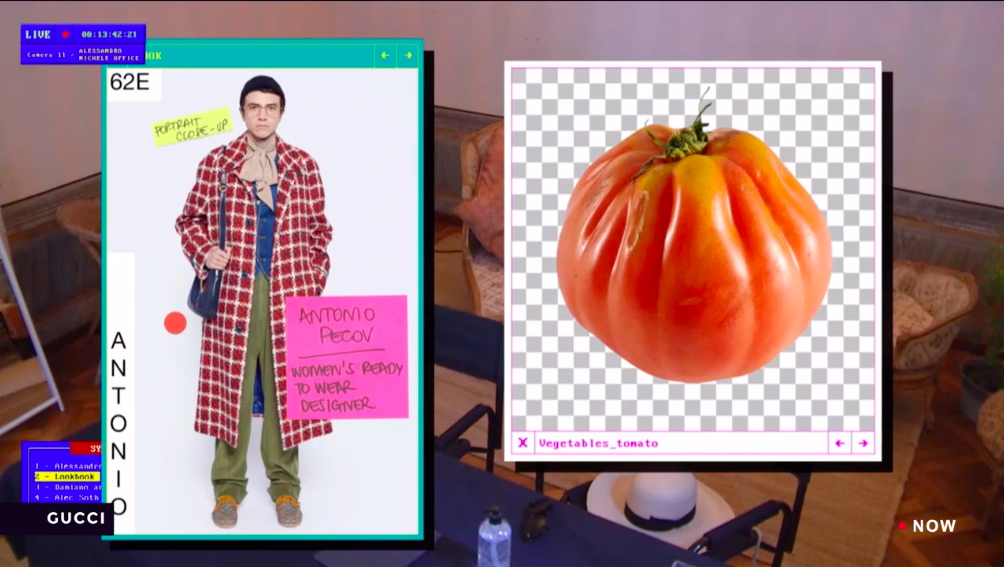 While the collection was shown with this video lookbook configuration in the foreground, the background showed makeup artists, models, stylists, and the production crew buzzing around in preparation for something more. This transparency of the work behind the collection is a continuation from last season, where the show was prepped and shown in a similar unedited, rotating atmosphere. Alessandro Michele says of his motivations for the collection, “In the company where I work, people share the idea that change is essential, interesting, must be practiced—that you need to be brave. And not only did I practice courage, but I understood that you don’t really need courage, you just need to do what you feel. I felt that my work was so beautiful that I said, ‘I have to investigate my passion even more,’ and that passion led to the idea that I could really do what I wanted in terms of expression.”

‘Epilogue’ also served to announce Gucci’s upcoming campaign with Minneapolis-based photographer Alec Soth, who described his union with the brand by explaining his practice and their commonalities. “I really became attracted to photography because I liked working alone,” he said. “I kind of assumed I’d be photographing in deserted landscapes or something, but I found, over time, that I needed people in the pictures to energize the photographs… I am a loner but I need other people to make my work. And this energy of contradiction, I feel, is what Alessandro—and what Gucci—understands better than anyone. Putting contradictory elements together to bring new life to something.” The rest of the 12-hour live stream gifts all Gucci-lovers alike an overview into this exciting new campaign. 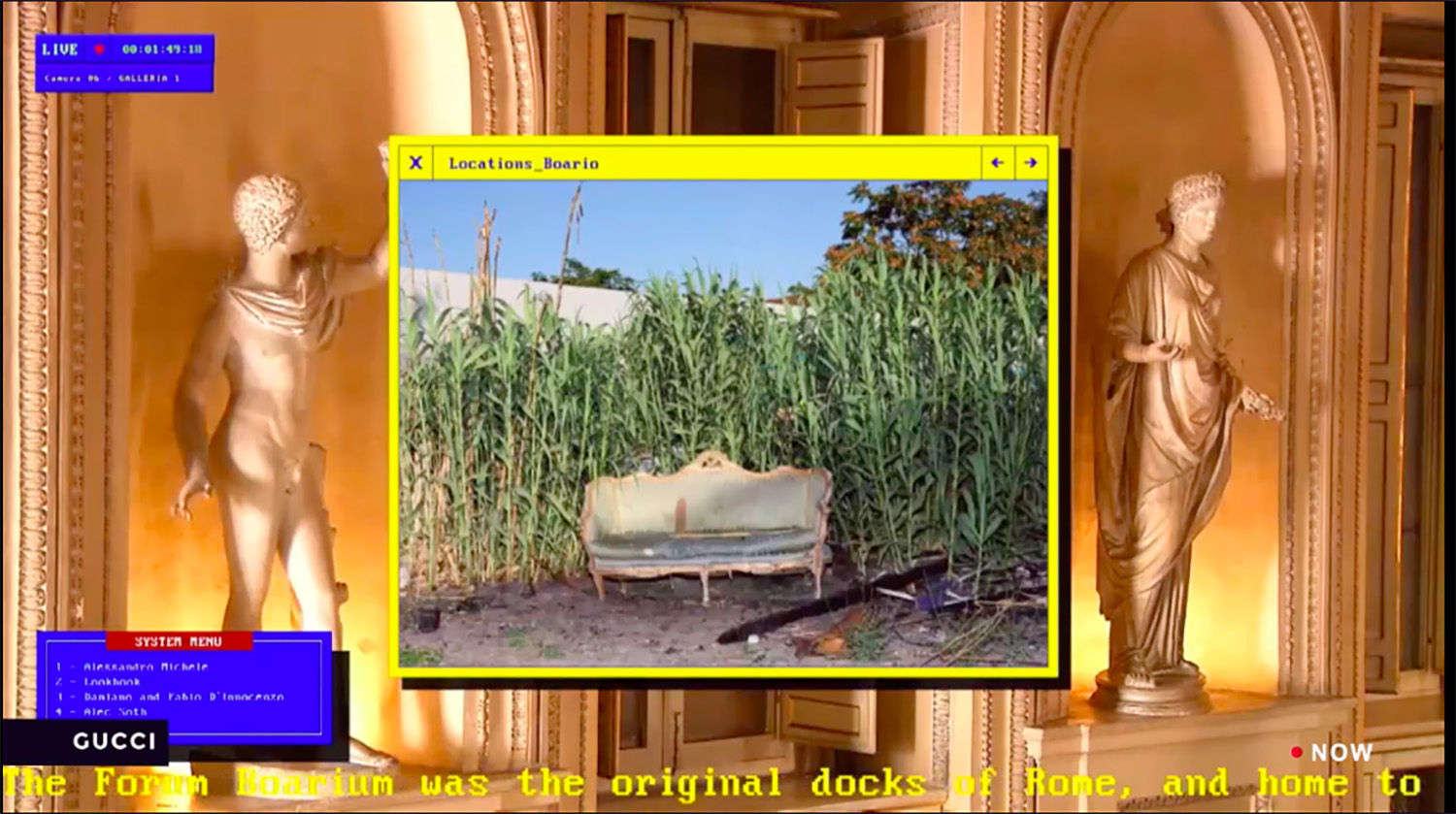 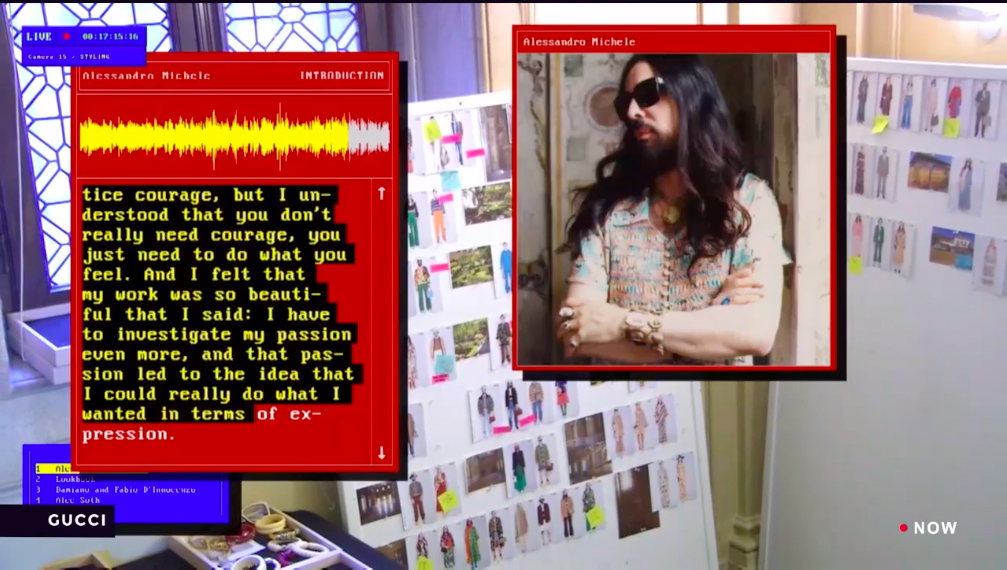 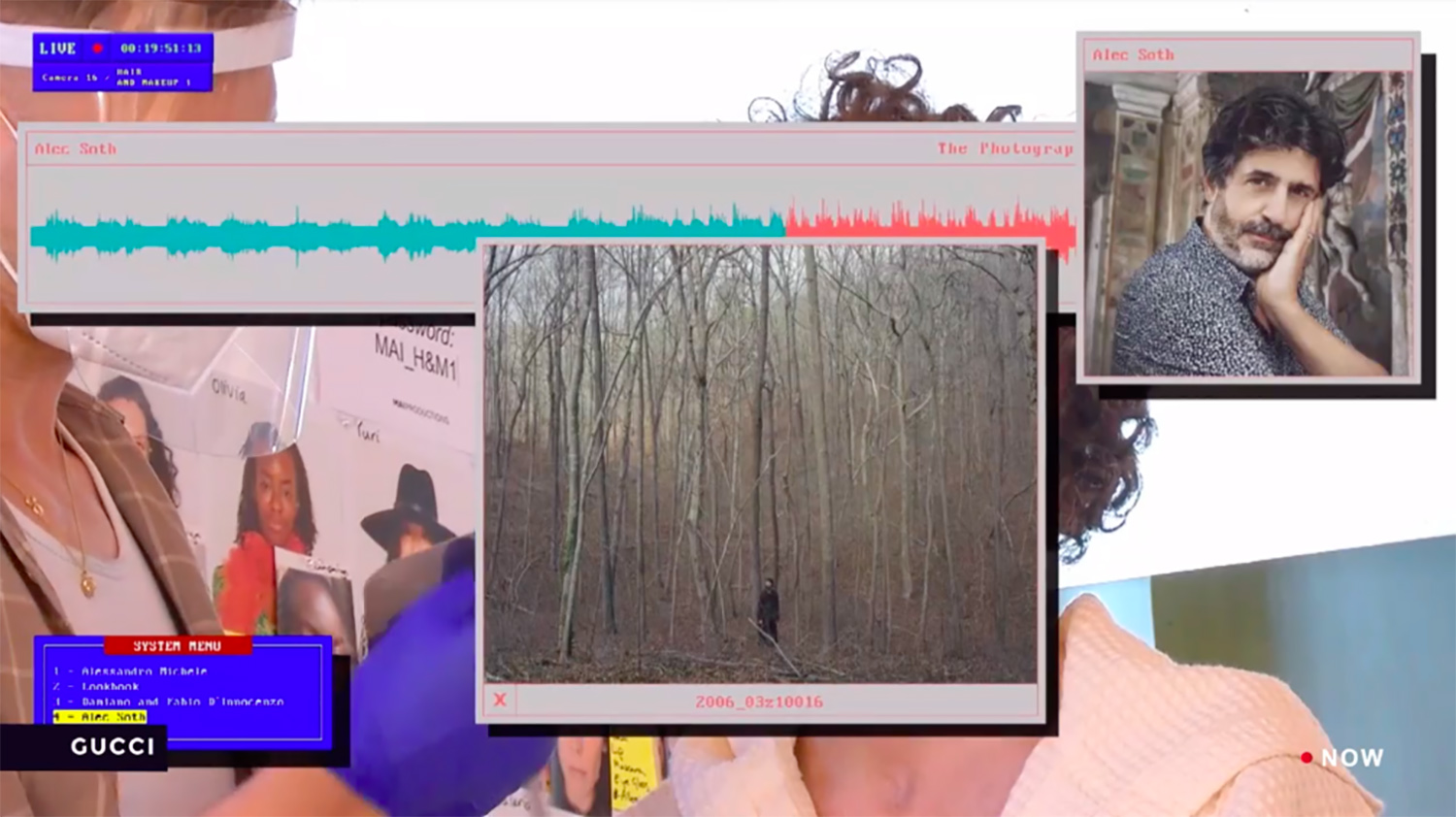