On 'BRAT,' the Chicago musician captures the bittersweet triumph of being trapped in your own skull.

“I’m no stranger to isolation,” Chicago musician Nnamdi Ogbonnaya told me. Ogbonnaya, who now uses the name NNAMDÏ on recordings, just released a new album, Brat. It’s a stew of hip hop, R&B, indie rock, and Afrobeat that he wrote and produced almost entirely by himself between tour dates. The album is an odd, interior affair that sounds like a man marinating in his own brain juice and loneliness. “I used to have friends,” he declares in a nasal autotuned whine on “Semantics.” His own multi-tracked voices answer back, “I did it myself.” It’s a goofily melancholic, or melancholically goofy—the bittersweet triumph of being trapped in your own skull.

One of the themes or inspirations for Brat is the ambivalent implications of making your art your life. NNAMDÏ has been performing in Chicago through the 2010s with groups like Para-Medics, Itto, My Dad, Water House, and Nervous Passengers. For most of that time, he was working other jobs to make ends meet; he did construction gigs and spent time in a law office. His debut album Drool, came out in 2017, shortly after he helped co-found the Sooper record label. Now he’s a musician full time—which is a mixed blessing. On “Glass Casket,” a slow, dreamy psychedelic ballad, he muses;

“I wish I was a farmer
I wish I was an astronaut
So I could feed my family
And then take them somewhere very far away.”

It’s not that he wants to go back to moonlighting as a construction worker or an astronaut. “That’s the funny thing about starting to do what you love as a job,” he told me. “On the one hand, this is the greatest possible thing; it’s literally the one thing I enjoy doing the most. But on the other hand, I’m like, shit, I’ve got to hustle and figure things out.” On “Everyone I Loved,” he muses, “Different things I used to care about/just wear me out/everything I love turns into dust.”

It’s awkward to get the thing you most want and then complain about it and wish you were on a spaceship instead. It seems a little self-centered, as NNAMDÏ is well aware. “I know the importance of art,” he says,” but sometimes pursuing it seems a little selfish. Sometimes I see friends or family struggling, and I’m like, ‘Well, I’m going to go play these shows now!’ But I do think art provides different perspectives, and brings joys to people’s lives.” 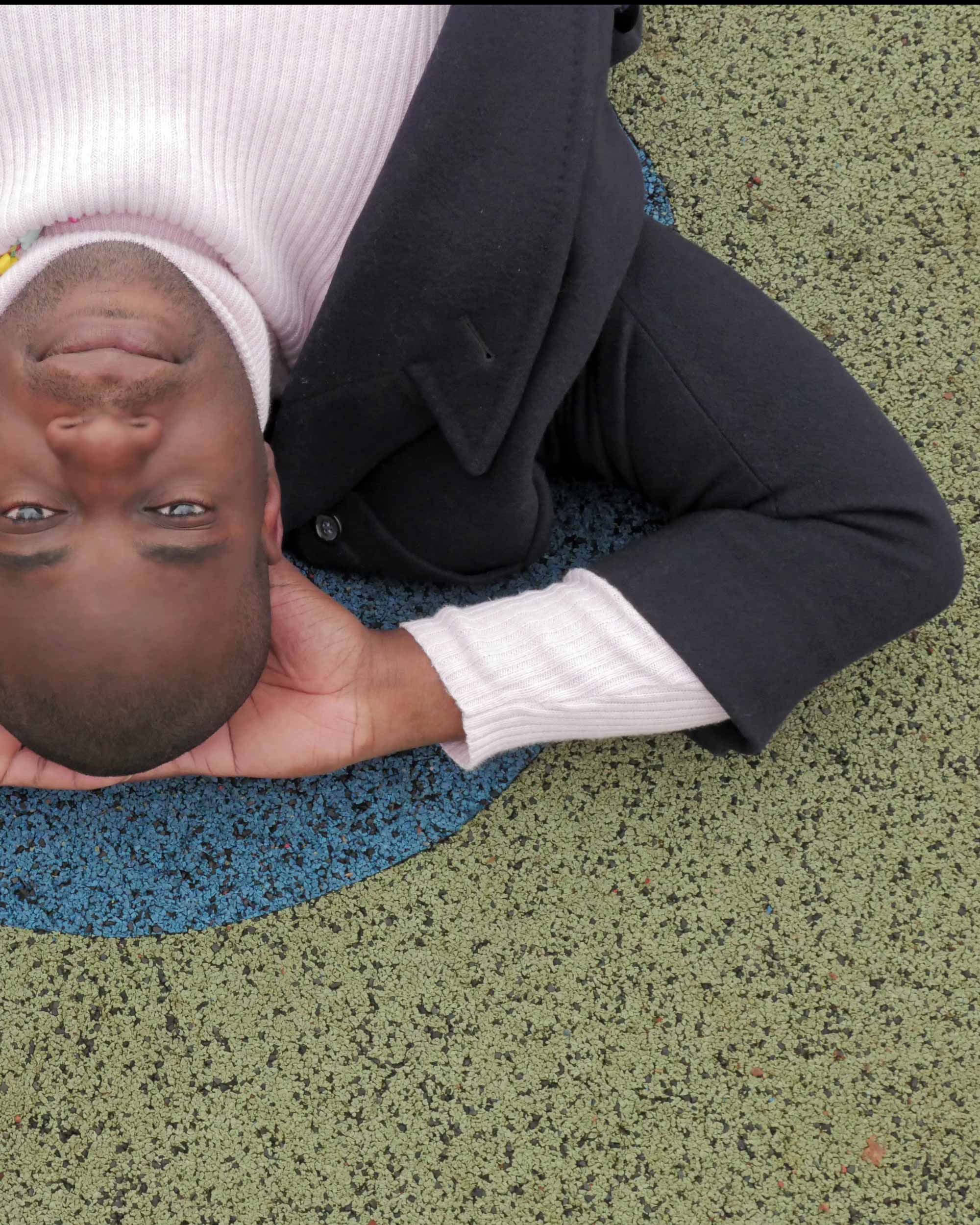 NNAMDÏ’s new video “Wasted” is about both artistic selfishness and joy. He sits on the floor in silver pajamas wearing a tiara and clutching a pink balloon. A plush pig and a horsey sit in the background; it’s a “birthday party gone wrong” he told me. In the video, he’s a disturbingly overgrown spoiled child with a stubbly beard drinking occasionally from a hip flask. It’s off-putting: no child should look like that! But it’s also funny and weird and disorienting. “Tell me what you want me to hear/cause I ain’t got time to waste,” he sings. The song, though, is languid and in no hurry to move ahead. As an artist, NNAMDÏ drags you into the bouncy castle of his own infantile brattiness, where you get to lounge around in pajamas and all the emotions.

His clearest statement of purpose on the album may be “It’s OK.” It’s essentially a self-help aphorism set to a clunky, waddling back and forth beat. “There’s no need to pretend you’re okay if you’re not,” he repeats as the music see-saws and burps, before the track launches into oceanic indie-rock stadium feel good surge. If NNAMDÏ ever becomes a radio superstar, it’ll be on the strength of a hook like this one, that lowers itself into your skull like it’s settling into a bathtub, getting ready to paddle around.

“It’s the same mantra over and over, which I think is important; you need to knock it into people’s brains!” he told me. “People need to hear it over and over. I don’t need to feel great all the time. It’s okay to be sad. It’s okay to be angry. You don’t want to live in that world forever, but it’s okay to feel those feelings so you can learn and understand how to get to your point of joy.”