“Freedom of the press is guaranteed only to those who own one,” A.J. Liebling famously wrote in his 1960 essay titled “The Wayward Press: Do You Belong in Journalism?” for The New Yorker. We are given to mythologize the integrity of the Fourth Estate, mistaking the Bill of Rights for the Ten Commandments, often overlooking the basic fact that media is a business like any other. Only the rare, independent outlets escape the fetters of profit hungry power brokers by existing on a shoestring, their precarious state allowing them to stand beholden to none.

Invariably, this doesn’t happen every day. Timing is everything—and so is location. For three young college students back in the 1970s, New York proved to be the ideal place to create an art magazine perfectly in step with a changing art world. The city had been gutted and left for dead. But New Yorkers, living by Plato’s dictum, “Necessity is the mother of invention,” created brand new forms of art and culture—and nobody could stop them.

While the streets gave birth to graffiti, punk, and hip hop, the art world soon found itself in the throes of revolution. By the end of the 1960s, modern art had reached its apotheosis with the advent Pop Art, Minimalism, Conceptual Art, and Earthworks. After destroying the conventions of Western art, Modernism had nowhere to go, leaving the playing field wide open at the dawn of the 1970s. 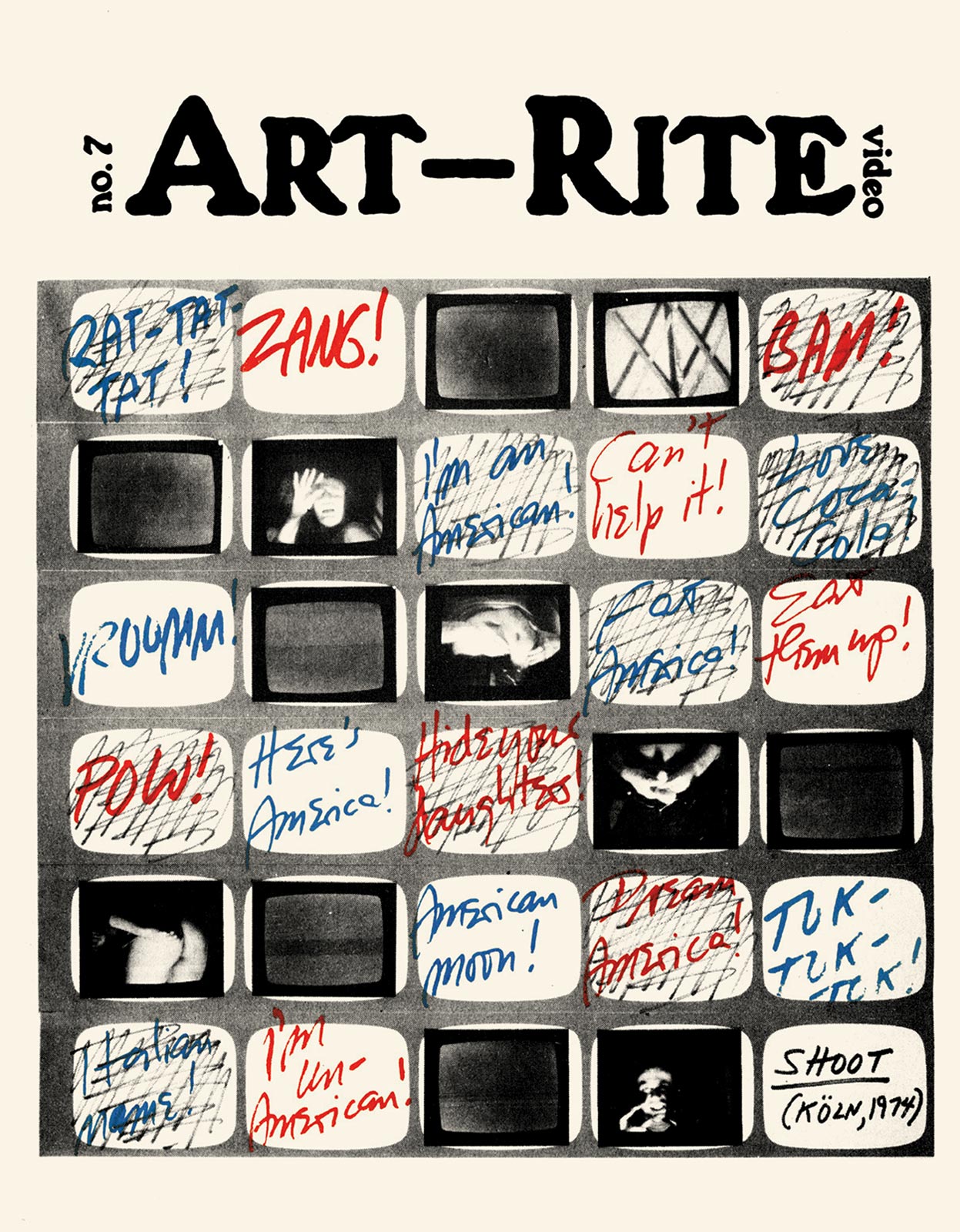 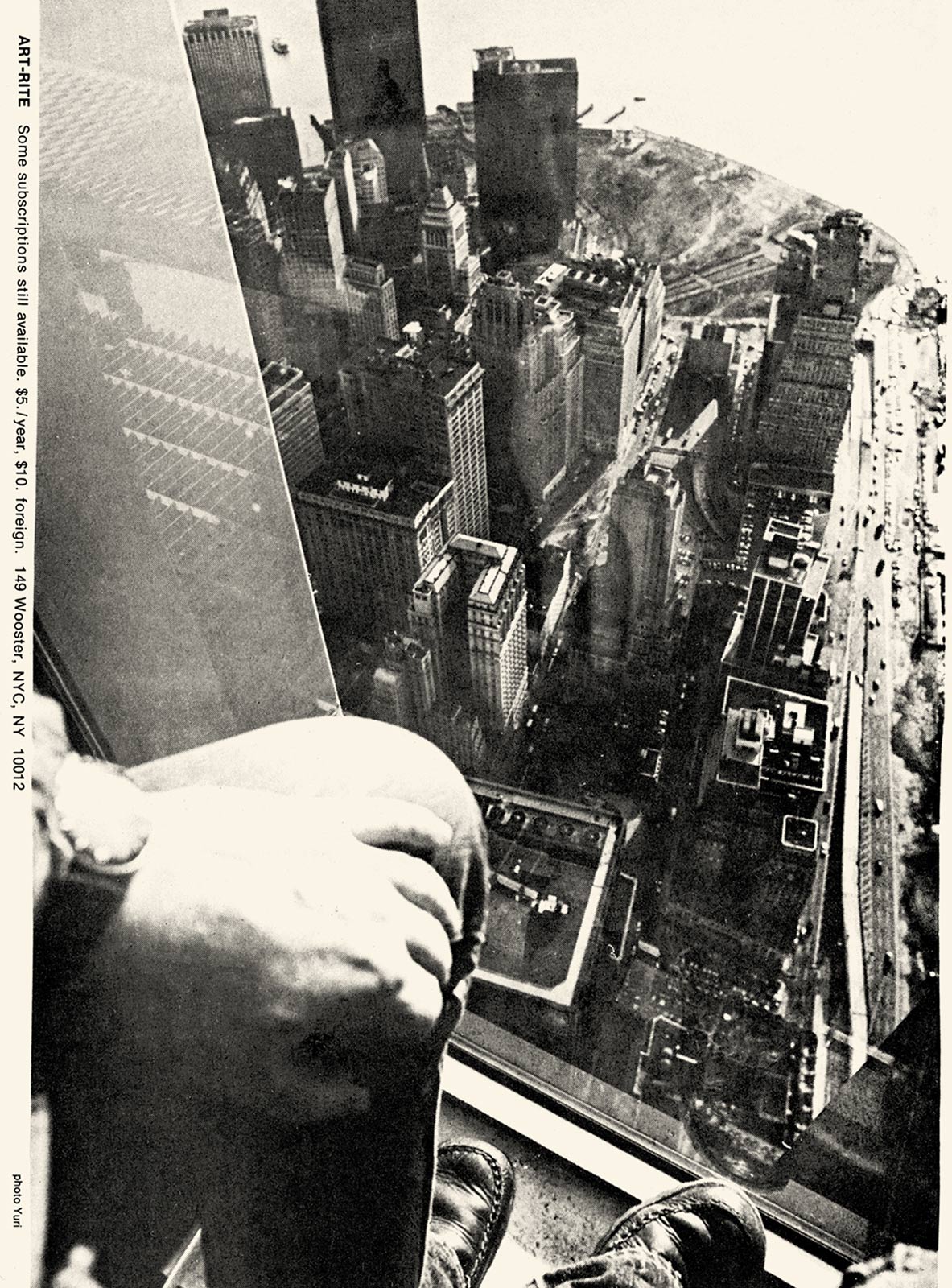 This shift found a serendipitous parallel in the press. Art in America, which was founded in 1913 and had since become one of the nation’s most prestigious contemporary art magazines, had been helmed by Jean Lipman from 1940 to 1971 and would hire Elizabeth C. Baker for the position in 1974. Into that three year gap stepped Brian O’Doherty, an obscure but admired artist working under the alias Patrick Ireland—a name chosen in solidarity with his countrymen fighting for independence. Soon-to-be author of the seminal volume, Inside the White Cube: The Ideology of the Gallery Space, O’Doherty was also teaching a small group of students how to write art criticism at Barnard College in 1972. Among them were Walter Robinson, his roommate Joshua Cohn, and Edit DeAk, a Hungarian immigrant living with her husband, artist Peter Grass, in a 3,500 square foot loft on the top floor of 149 Wooster Street in Soho.

O’Doherty encouraged the students to write for Art in America, but they decided to go it one better and launch their own. Art-Rite, as it would soon be known, came into being when the triumvirate applied for the Whitney Museum Independent Study Program in 1973. Still in its formative years, the ISP, which would later count Félix González-Torres, Kathryn Bigelow, and Jenny Holzer among its alumni, only offered programs for artists and art historians. “Our challenge was irresistible: What, no art critics?” Robinson says. “We were accepted, with our project being to launch Art-Rite magazine, made welcome in both divisions of the ISP, and off we went.” 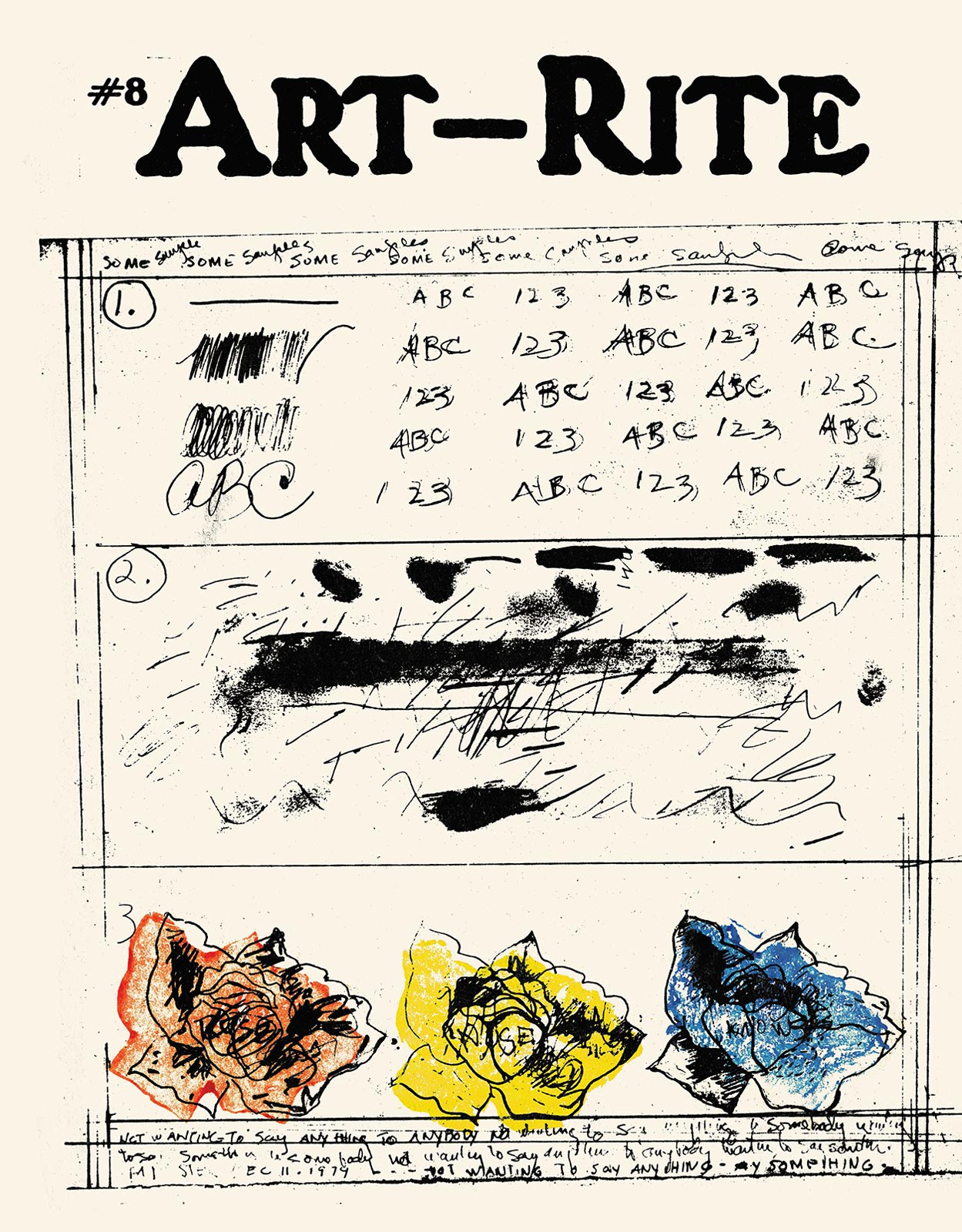 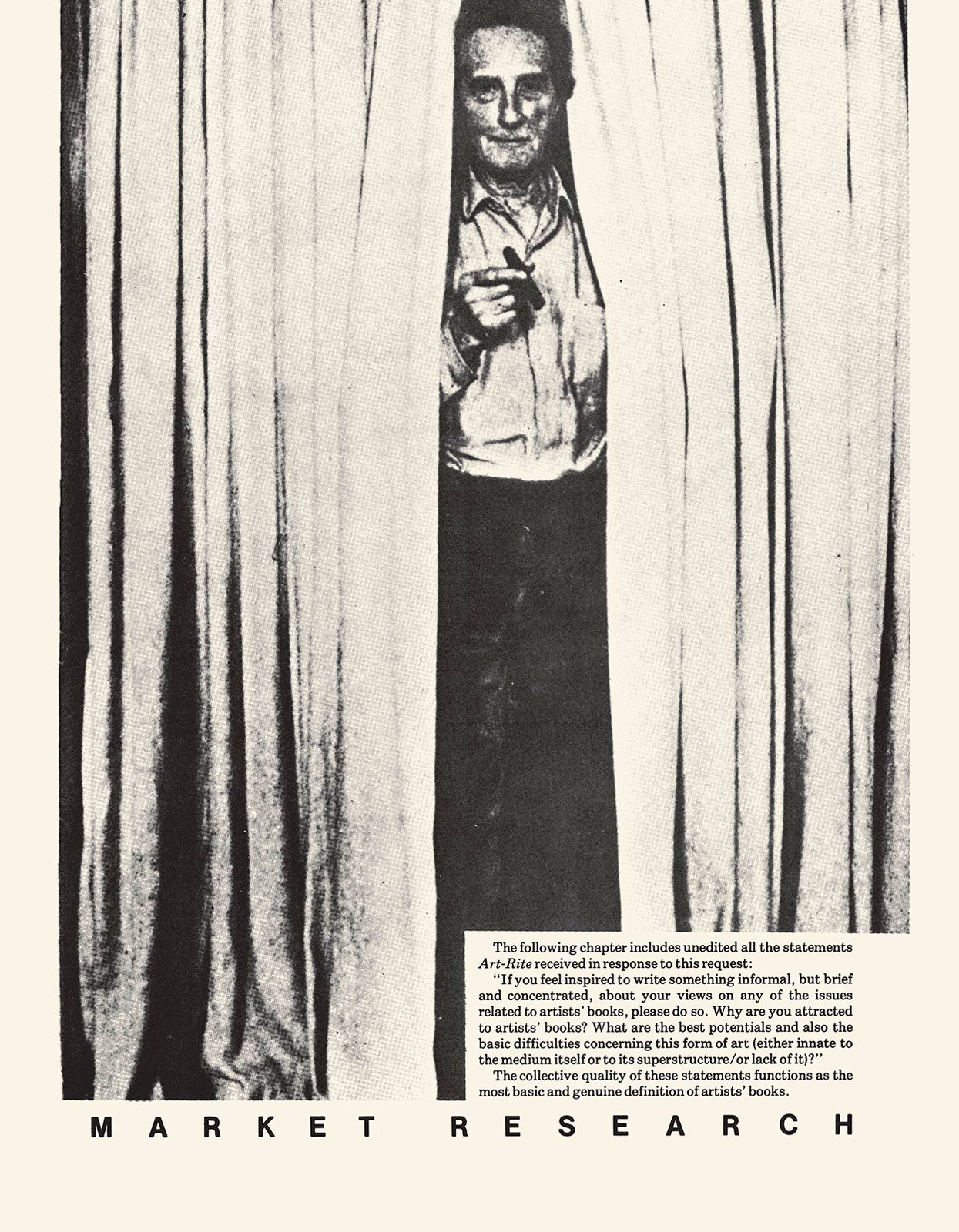 Art-Rite emerged at the perfect time, giving a ground-level view of the major shifts in the art world. Perfectly positioned between the underground and the establishment, the magazine featured artists who became defining voices of the era, including Laurie Anderson, Chris Burden, Genesis P-Orridge, Patti Smith, and Gordon Matta-Clark. In celebration, Primary Information and Printed Matter, Inc. have just released Art-Rite, a facsimile edition featuring all 20 issues of the trailblazing magazine that operated from 1973–1978.

“We were hippies, not firebrands. For us art was a fascinating party, not a chance to whip people into line,” Robinson says. “For a young artist starting out, it seemed like art had reached an end point. Everything has been done. Attention focused on lateral ‘rhizomatic’ developments, as the art world became interdisciplinary with a vengeance and engulfed other art forms—dance, video, music, film, architecture, books.” 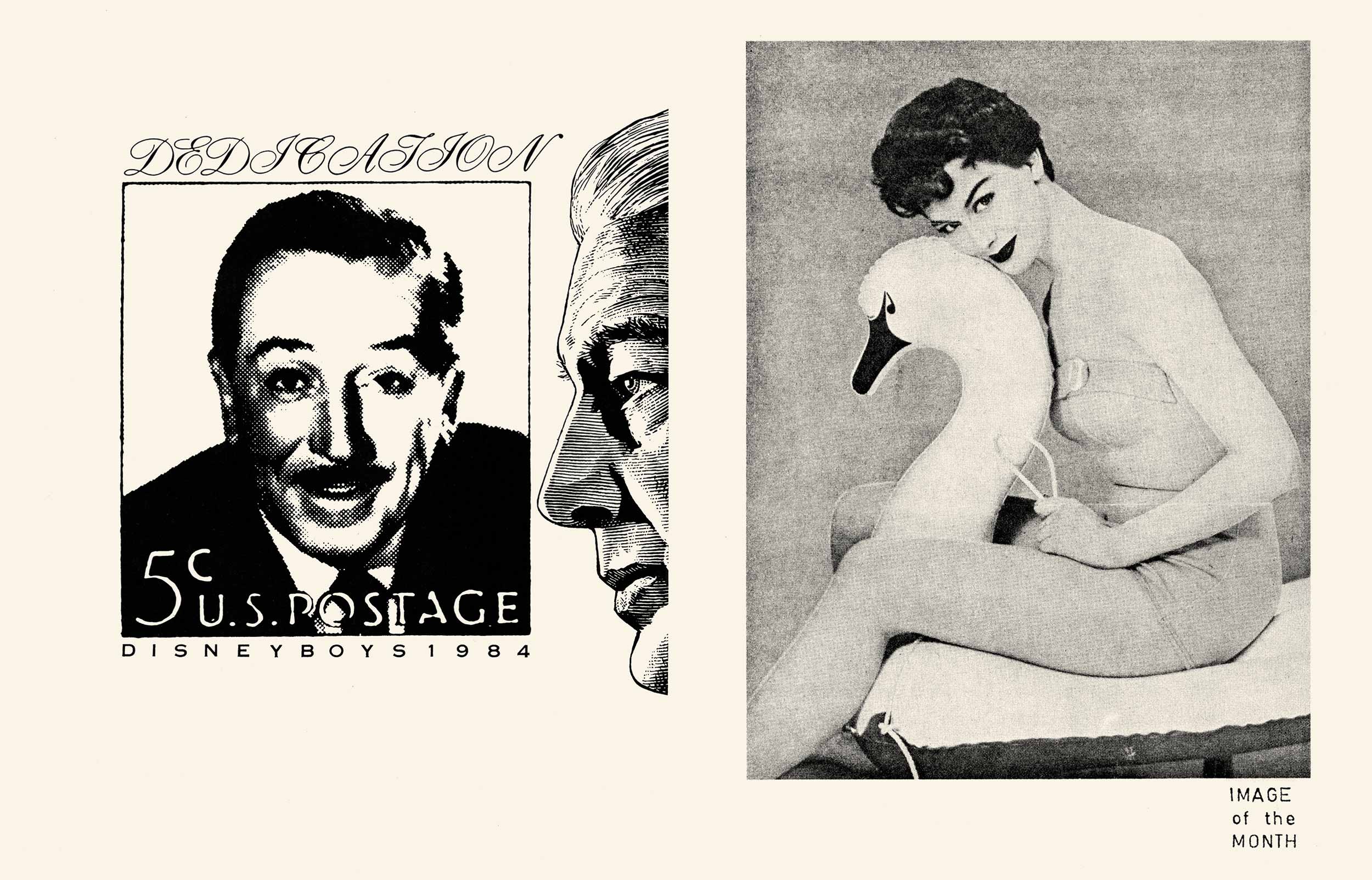 This new landscape became the perfect setting for Art-Rite’s innovative approach to criticism and reportage. Organized as a series of theme issues, the magazine—produced at DeAk’s loft—was designed to be part of the Soho artist community it served. It made its presence known with simple, witty covers designed by established artists including Joseph Beuys, Ed Ruscha, Christo, Alan Suicide, William Wegman, Vito Acconci, Robert Ryman, and Carl Andre. Inside, it featured an “Idea Poll” that asked the same topical question to 45 contemporary artists ranging from Kathy Acker to Adrian Piper; a “Thematic Anthology” spotlighting artists’ books; “Features and Reviews,” delving into the issue’s theme; and interviews with art critics including feminist Lucy Lippard and art historian Leo Steinberg.

The hand of the artist found its way into Art-Rite more often than not, even when the editors’ copy went unsigned. Robinson, who was working as a typesetter and paste-up at The Jewish Week, purloined type to produce the newsprint magazine, which was produced locally at Expedi Chinese printers on Greene Street. Although Art-Rite eventually carried ads, it was distributed free, with stacks left at the front windowsill of galleries. Perhaps the most impressive aspect of Art-Rite is that it was, in Robinson’s words, “always a side hustle, the kind of full-time hobby that only kids in their 20s can or would contemplate.” 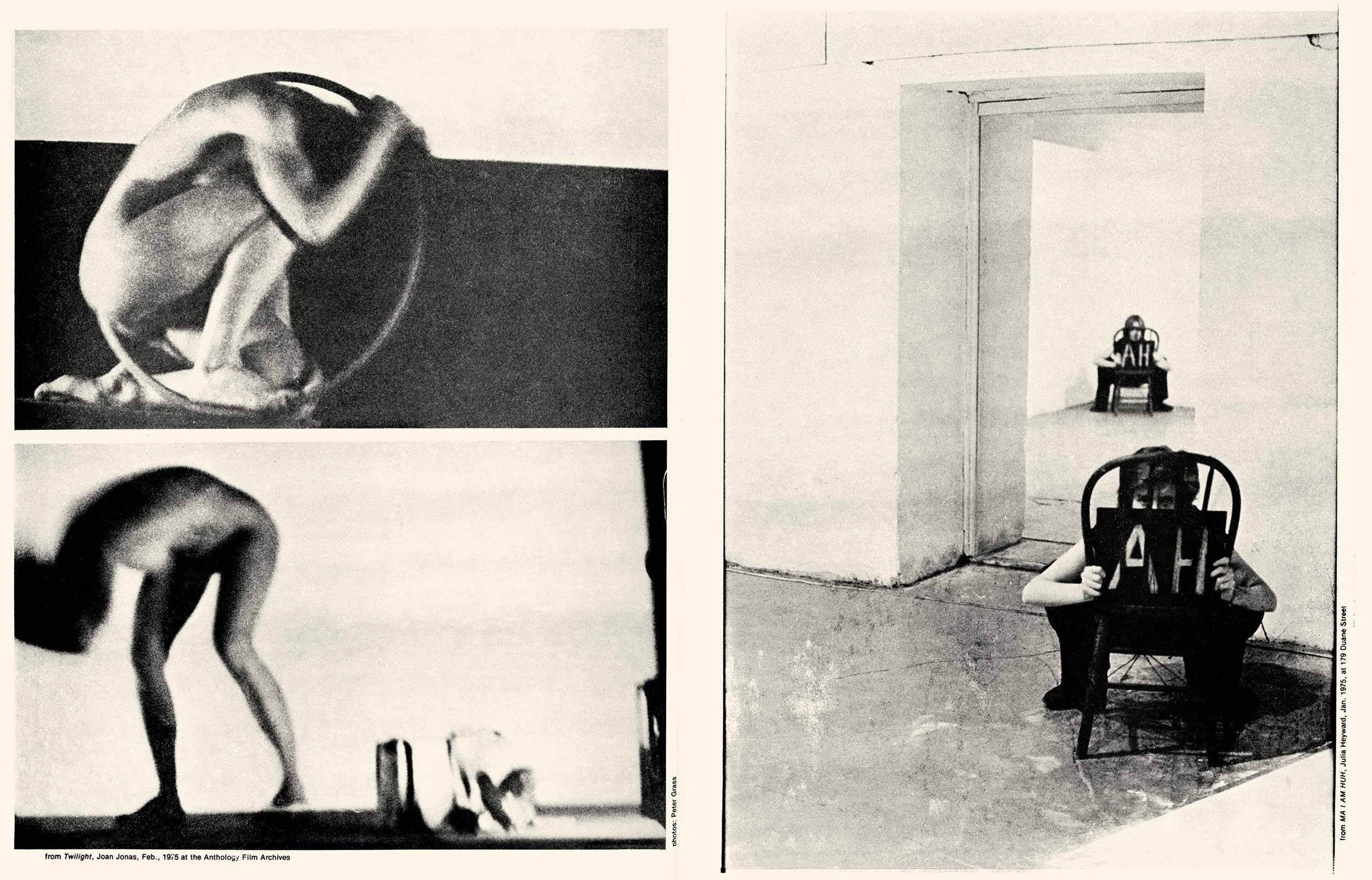 Detail from Art-Rite. From left to right: Photography by Joan Jonas and Julia Heyward. Image courtesy of Primary Information.

Although times have changed and New York is no longer a place where young artists can afford to live and make art with such abandon, the spirit of Art-Rite is alive and well at Printed Matter, Inc. The world’s leading non-profit organization dedicated to artists’ books and related publications, the store has been operating in New York since 1976. Here, a host of independent publishers offer their original and innovative takes on art, most notably Art/Life Magazine, which Joe Cardella published 11 times a year from 1981 through 2006.

Over the past decade, digital has usurped print as the primary vehicle for the transmission of information and culture. Here younger generations have found their voice, using technology to transform the conversation to center their concerns. Within this space, the possibility exists for the next generation to produce a revolutionary new publication to examine the art world, which has had its own radical transformation worth examining in detail. But no matter what subject a young publisher may choose to cover, there is nothing quite so pure and romantic as one’s first foray into the creative world with its wonderful mélange of innocence, idealism, inexperience, and pluck. “I dearly wish Edit were still with us, to add her voice to this,” Robinson says. “I can only say to readers—take notes!” 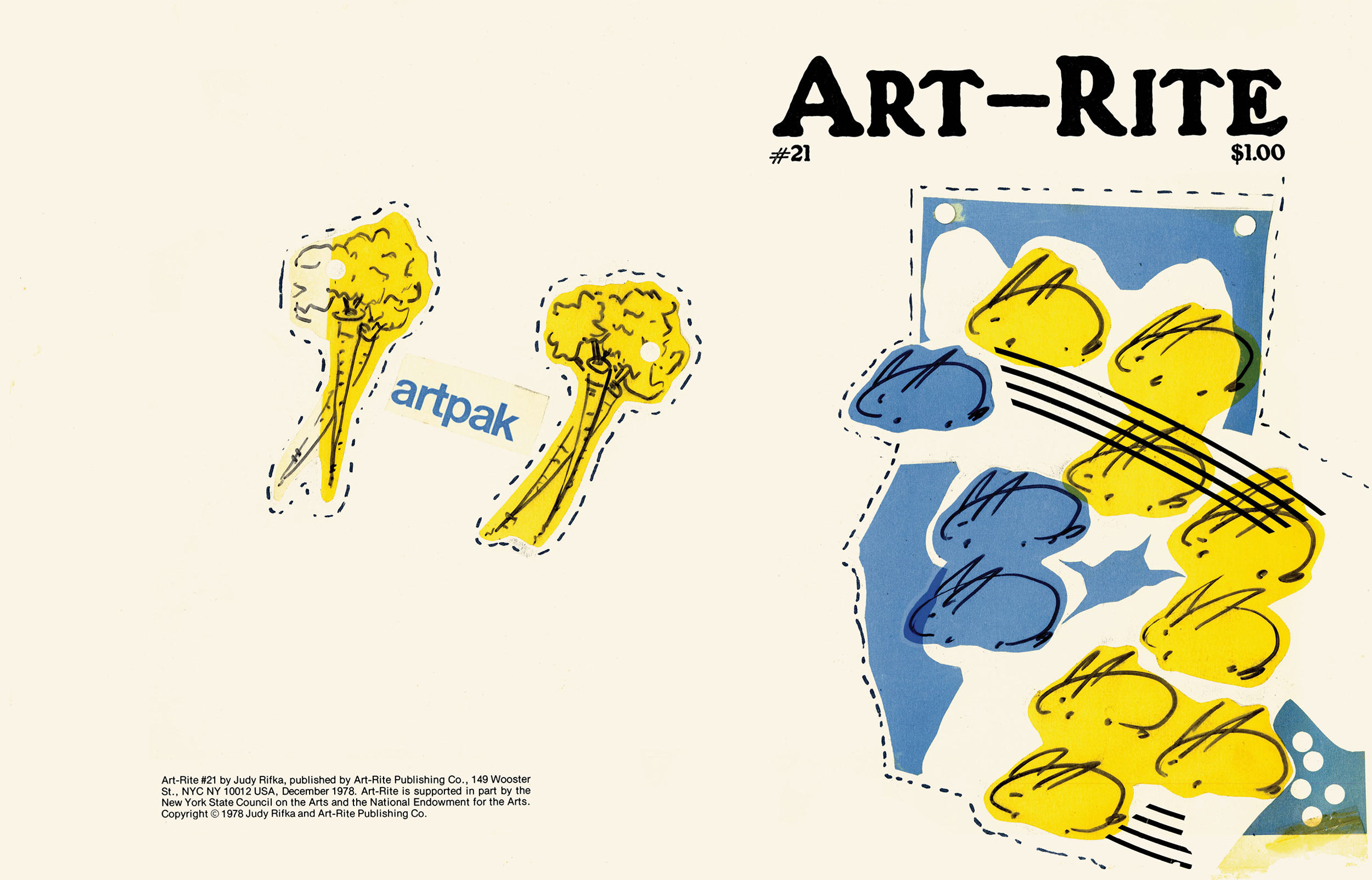