The painter's vivid, passionate works will make you feel alive.

Frank Holliday’s latest exhibit SEE/SAW, currently on view at the Mucciaccia Gallery in New York, is the culmination of the artist’s exploratory works of visual language. The pieces in SEE/SAW, similar to those which were recently acquired by the MoMA for its permanent collection, convey the dynamics of the 1970s East Village Neo-Expressionist art movement. In a selection of 28 oil paintings, curated by Carter Ratcliff, these works are an assemblage of color, drama, and space; merging the past with the present. Before the exhibition opened, we spoke with Holliday on the adversity of living as an artist and the vigilant existence of his paintings.

Hannah Miller: I’m wondering what being one of the founders of the New York Neo-Expressionist art movement means to you.

Frank Holliday: Well, I went to The School of Visual Arts and that’s where I met Keith Haring, Kenny Sharp, and Jean-Michel Basquiat. We all started Club 57; it just came very natural. Minimalism was in New York and we were reacting to that. It was anarchy, we were all punk rock, new wave kids. It wasn’t planned, that club came out of rock n roll. It gave all of these kids that were not part of the mainstream art world a place to be the stars. The idea of being your own superstar. We didn’t need Hollywood—we made our own Hollywood. A lot of talented musicians, artists, writers, and filmmakers came out of there during this period. Down in the East Village everything was abandoned, there were lots that had been burnt and crumbled—infested with addicts and thieves. It was very dangerous to be there, but that’s where we could afford to rent. Then the nightclubbing, the music, and the art all happened together. I was working for Warhol during the day at Studio 54, then I would leave and go down to Club 57. It was a very interesting time. But, it was every day [for us], right? It wasn’t anything special. We didn’t know we were special. 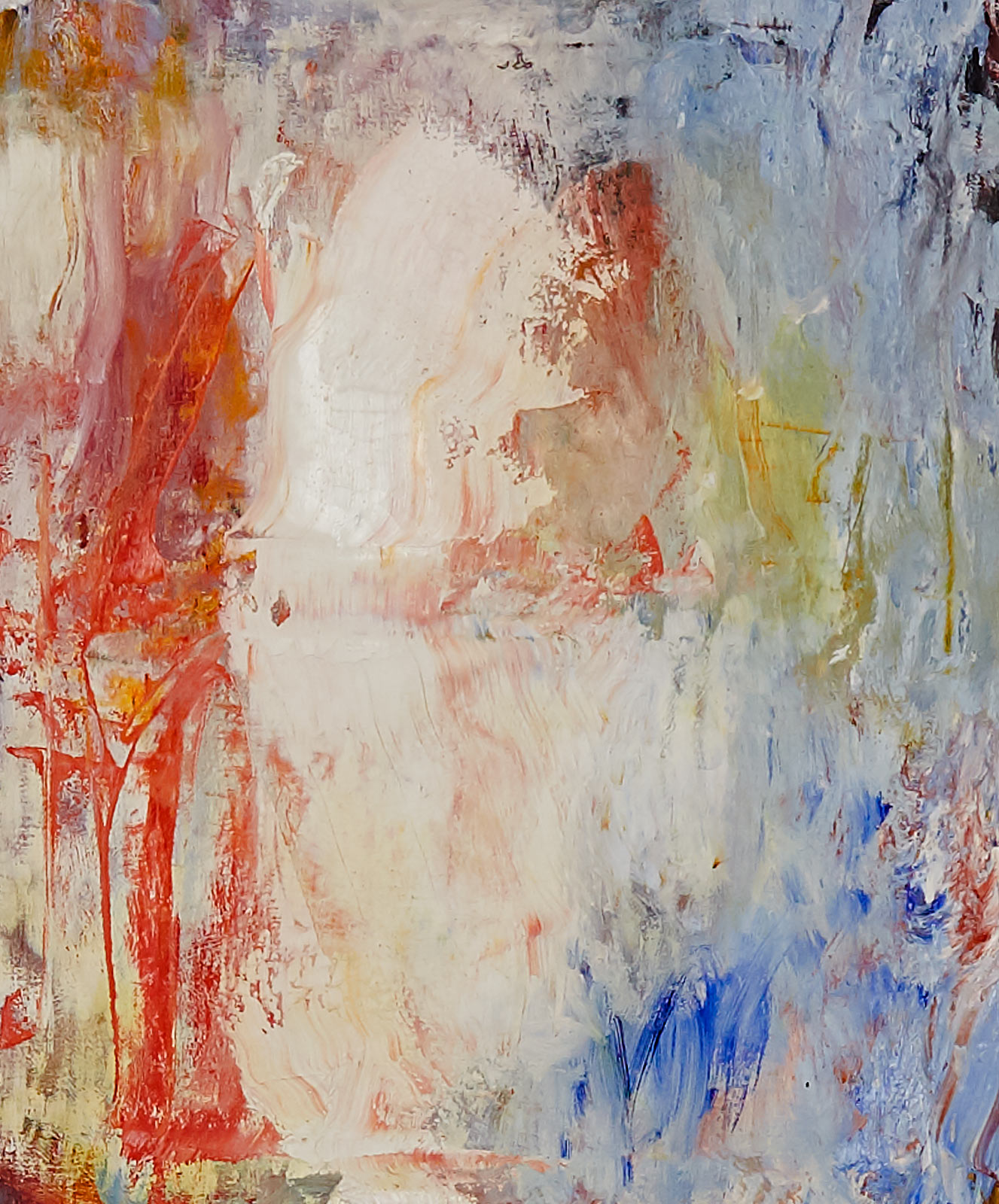 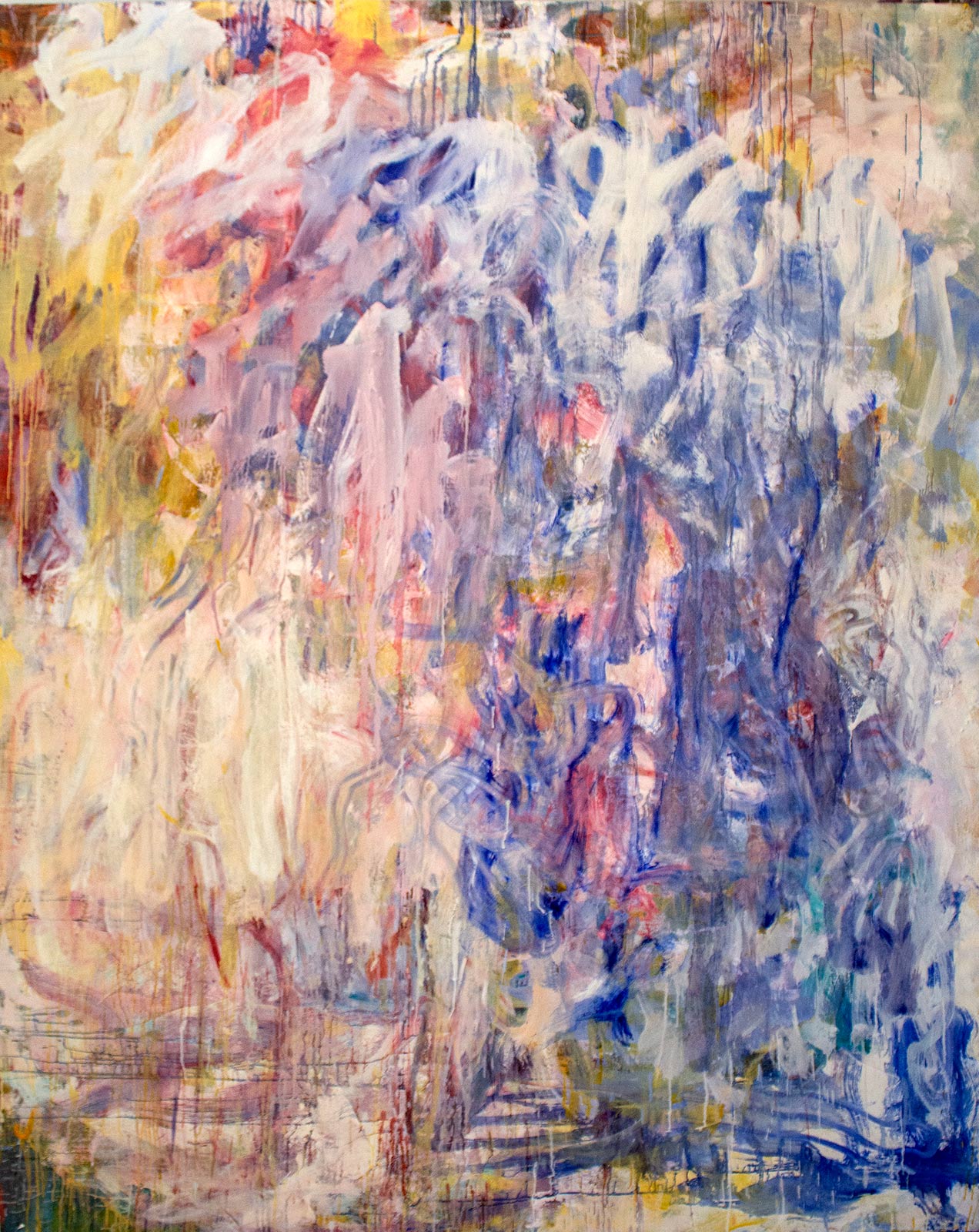 Hannah: It must be interesting to look back now as everyone’s idolizing that time. Was there ever a moment when you felt the movement was going to be something big?

Frank: You know what? Yes. We were doing it all for free then suddenly the art dealers found us and began putting us in galleries in Soho. We only did it underground for maybe two years. There was something in the air, and we became the It Kids of New York. All of a sudden we were opening for hundreds of people. It became very glamorous. Then a lot of money infiltrated the scene and it took another turn. You also have to remember that AIDS came into the picture right in the midst of all of this celebrity status and we had to deal with that.

Hannah: I would imagine that was a difficult divide to navigate—rising up amidst the HIV epidemic.

Frank: Yeah. We were kids, and we weren’t ready for that nightmare. But we kept making work. We kept going on. We kept going forward. We had to deal with a lot at a very early age. It also put some immediateness to our work. Whatever it was, we had to get it out there very, very fast. Me and Kenny are some of the only ones left making work. I had to come up with a strategy to survive and still create. During that period I sold my logs, took the money, and ran to Europe for about four months. There I saw all the Italian and Dutch masters, and it really changed my trajectory. I came back and I wasn’t as ‘street.’ I decided not to be a graffiti artist. I wanted to create the impact of the great masters of paintings. I had to take time to learn the maps for painting. This series, for example, I’ve been working on for about 20 years now. These paintings take between a year and two years to make. I’m using traditional oil paint [as a] medium so you have to build it up slowly. It takes a year to make it look like it took a second. 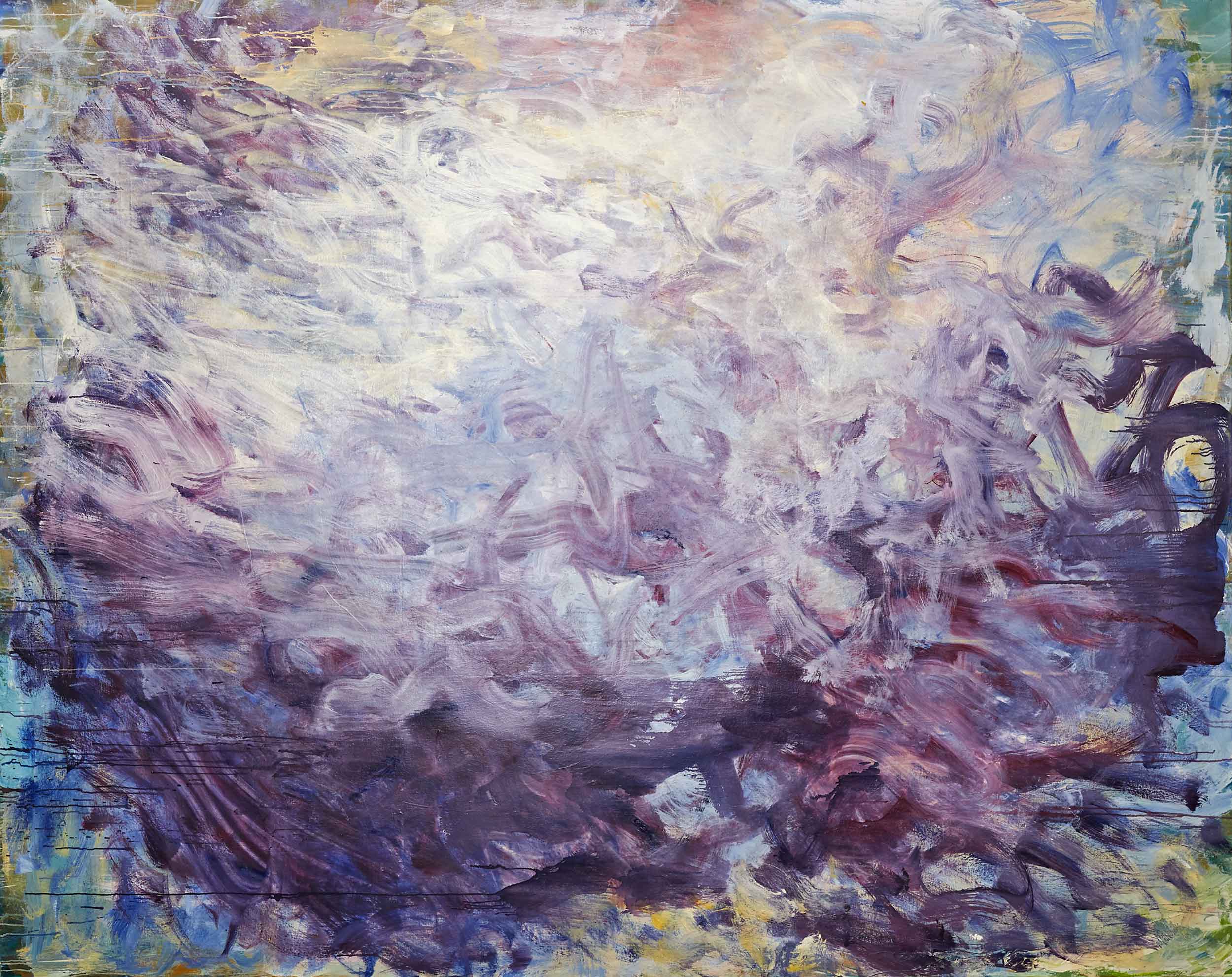 Hannah: Very inspiring. I was wondering about the process. The works are very intricate but in an almost effortless display.

Frank: I like that, that’s a good observation. They’re weaving, but they’re very immediate. They look very virtuosic. The detail is in the way all the layers of paint, the color, the weaving, the drips, and the moments come together. It’s kind of like a movie instead of a snapshot. A movie will last a long time—there are layers and layers—and a snapshot is just one moment. They’re a cinematic experience of time. My work came alive the most when I started looking at it as something living—a thing, an entity, that I had to react to. The painting is a person, something other than me. I would listen to what it told me to do. I would have changed it and it would have changed me. Just how the scene develops, you have to go with the flow. It’s moment to moment work. It opened up a conduit for me being able to use paint and explore more meaningful ways of creation. There are layers and layers to this. It’s not one emotion, there are hundreds of emotions. You can go from heaven to hell in six feet. 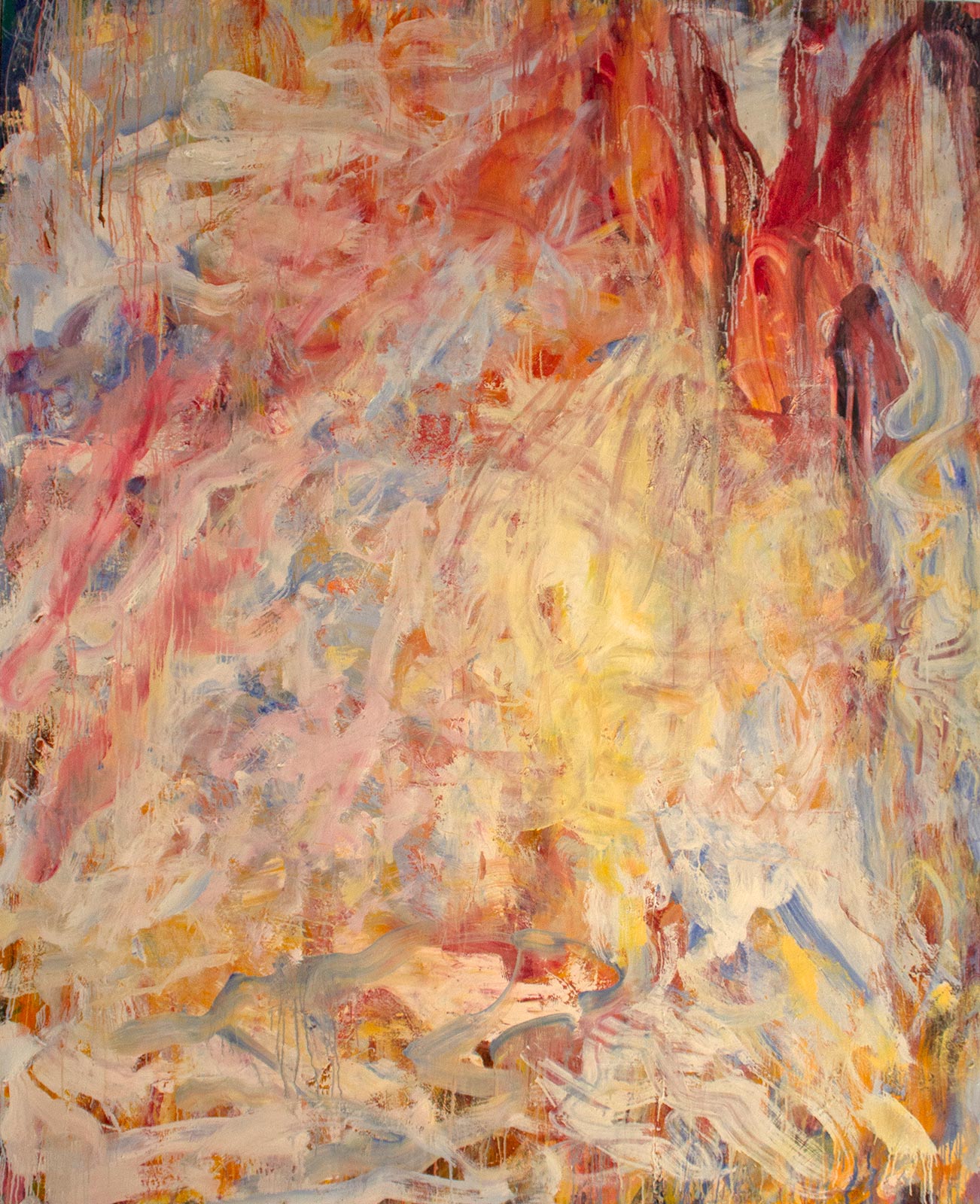 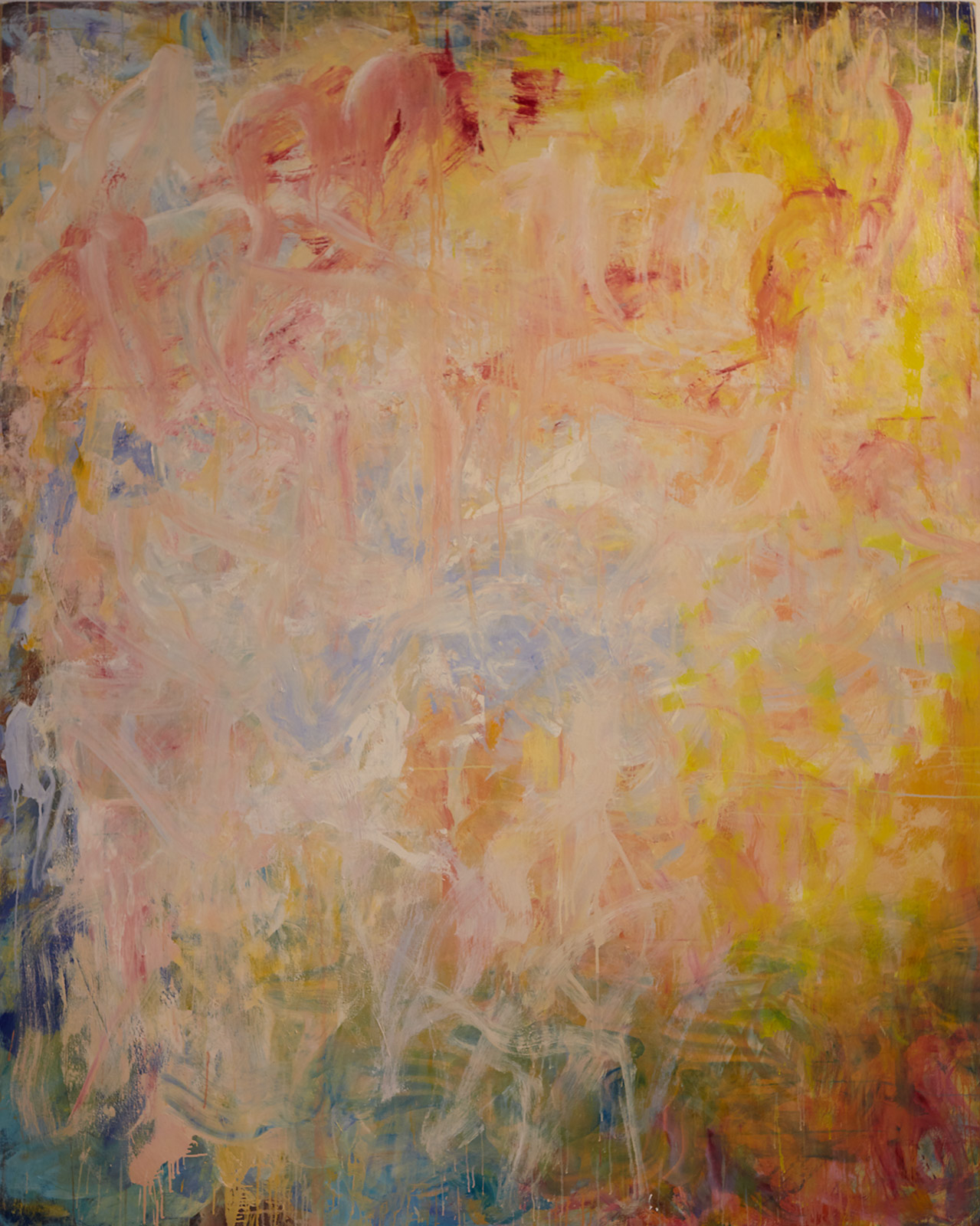 Hannah: Definitely. I feel that each person might have a different experience or reaction to your work. Do you want that to be the case?

Frank: Yes. Because what I do is push these works to the edge of imagery. I gave you just enough so that you start making a story up from these triggers. Everybody is going to interpret it differently. I want it to be an open system where the viewer has to participate in the work. It starts triggering memory and narrative. It definitely has to be something that is different for everybody. I want to arrive at something that I have never seen before that evokes something for me and hopefully evokes something within the viewer. The paintings are not emotional. The paintings evoke emotion. They make you feel alive when you are standing in front of these works.

Hannah: Is there anything specific you are addressing through the SEE/SAW exhibit?

Frank: Passion and love for painting. I just want it to be alive, not over-thought, I want it to be available for everybody. I hope that people can let themselves be open enough to truly look at them and find something deep within them. 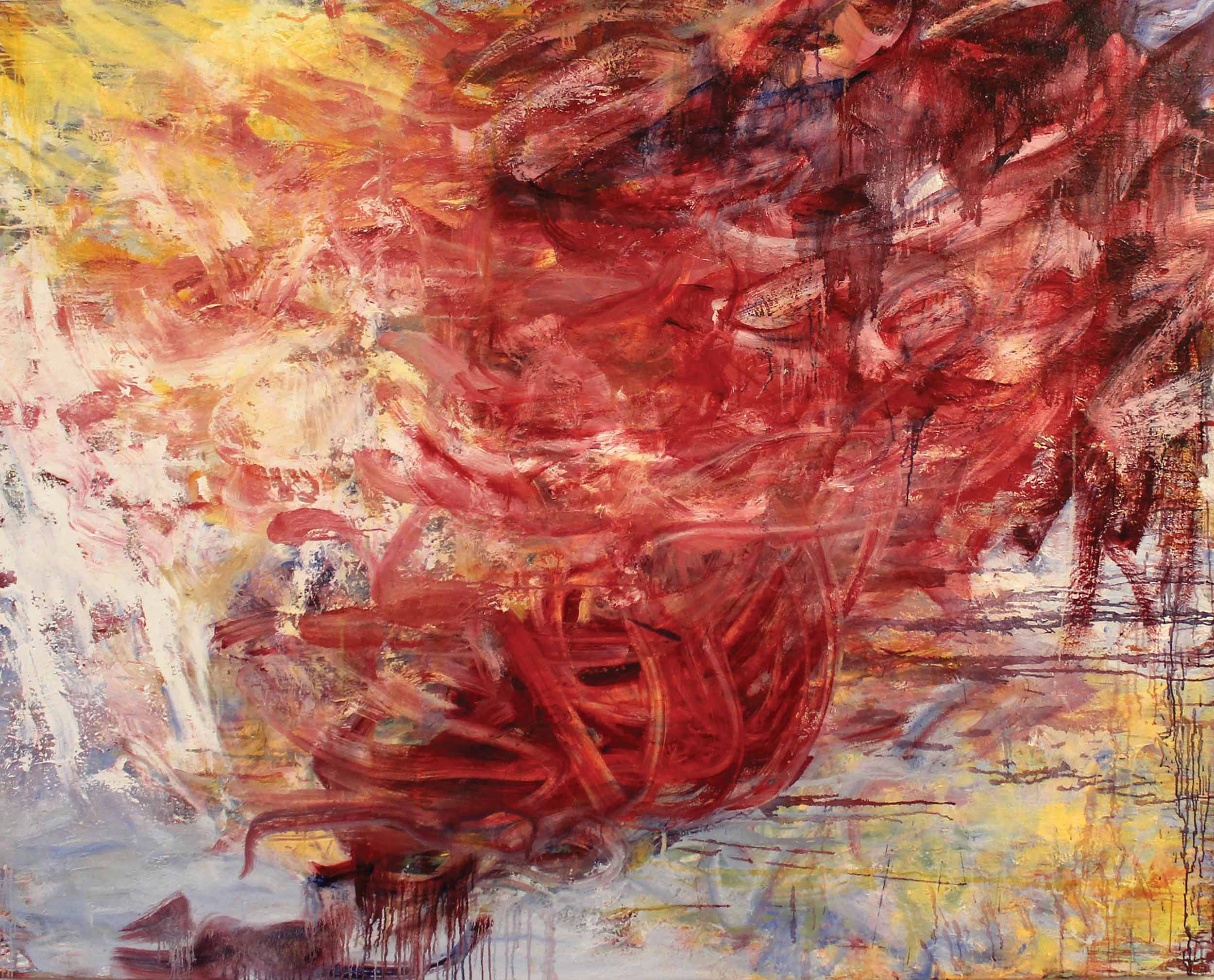 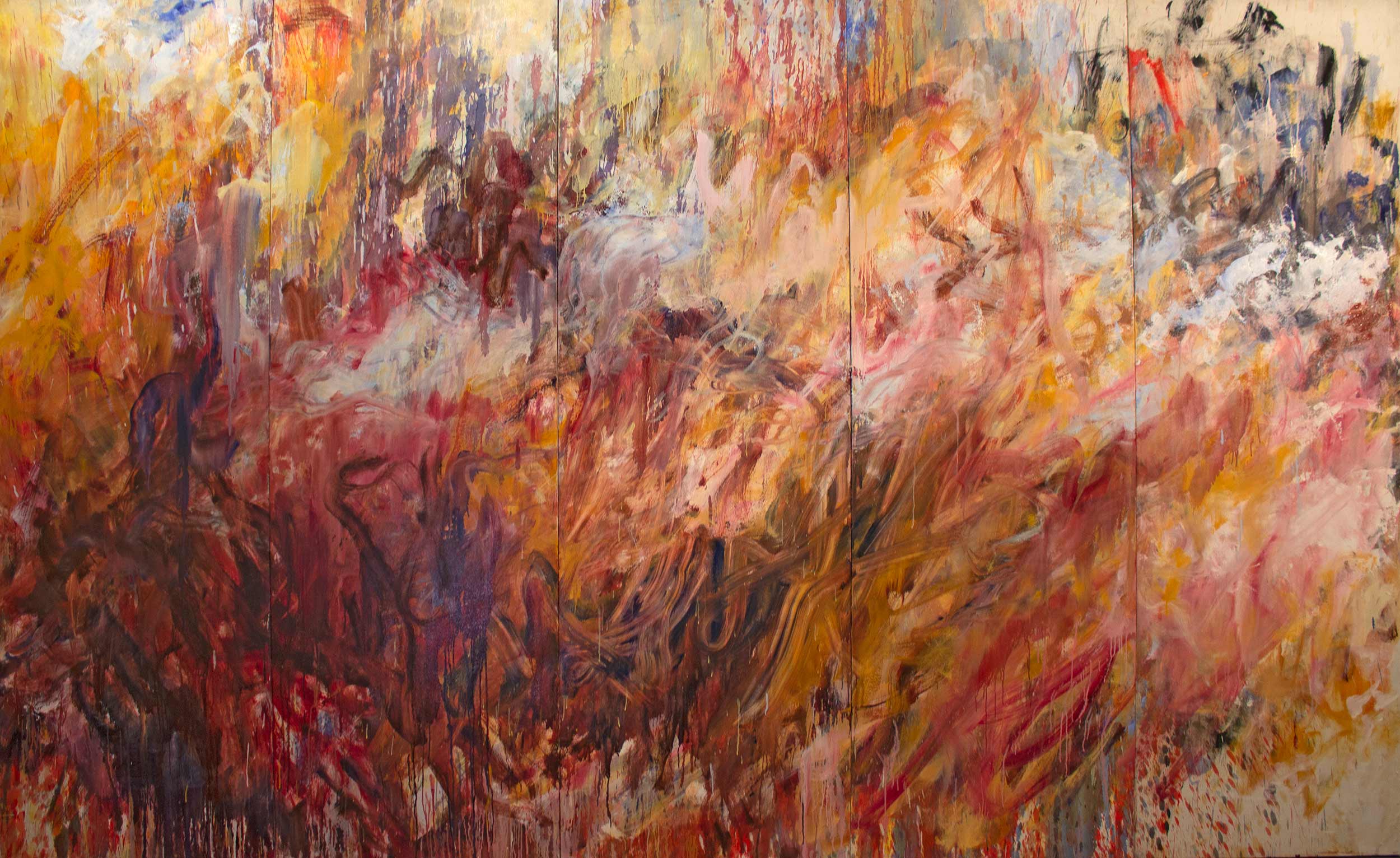