“My dad wasn’t a musician,” drummer and composer Sunny Jain told me. “But when he came to America from India, he brought his harmonium, and he brought his bulbul tarang, a kind of Punjab banjo. And once every couple of weeks, he would take one out, and jam out, playing religious songs, or one of two Bollywood songs he knew. And it was funny to us growing up, because he was always searching for the notes and the keys, because he wasn’t really a musician; he just really enjoyed singing. And we children would poke fun at him. ‘What are you doing! You don’t even know the song after all these years!'”

One of Jain’s father’s favorite Bollywood songs, the 1952 “Aye Mere Dil Kahin Aur Chal,” appears on Jain’s latest album Wild Wild East, out February 21. An introduction is played by guitarist Grey McMurray on Jain’s dad’s bulbul tarang—a delicate, hesitant lament. Jain played the song for his father in the hospital before he passed away late last year, and he instantly recognized the instrument he’d brought with him thousands of miles. “Oh, that’s my banjo!” he said. 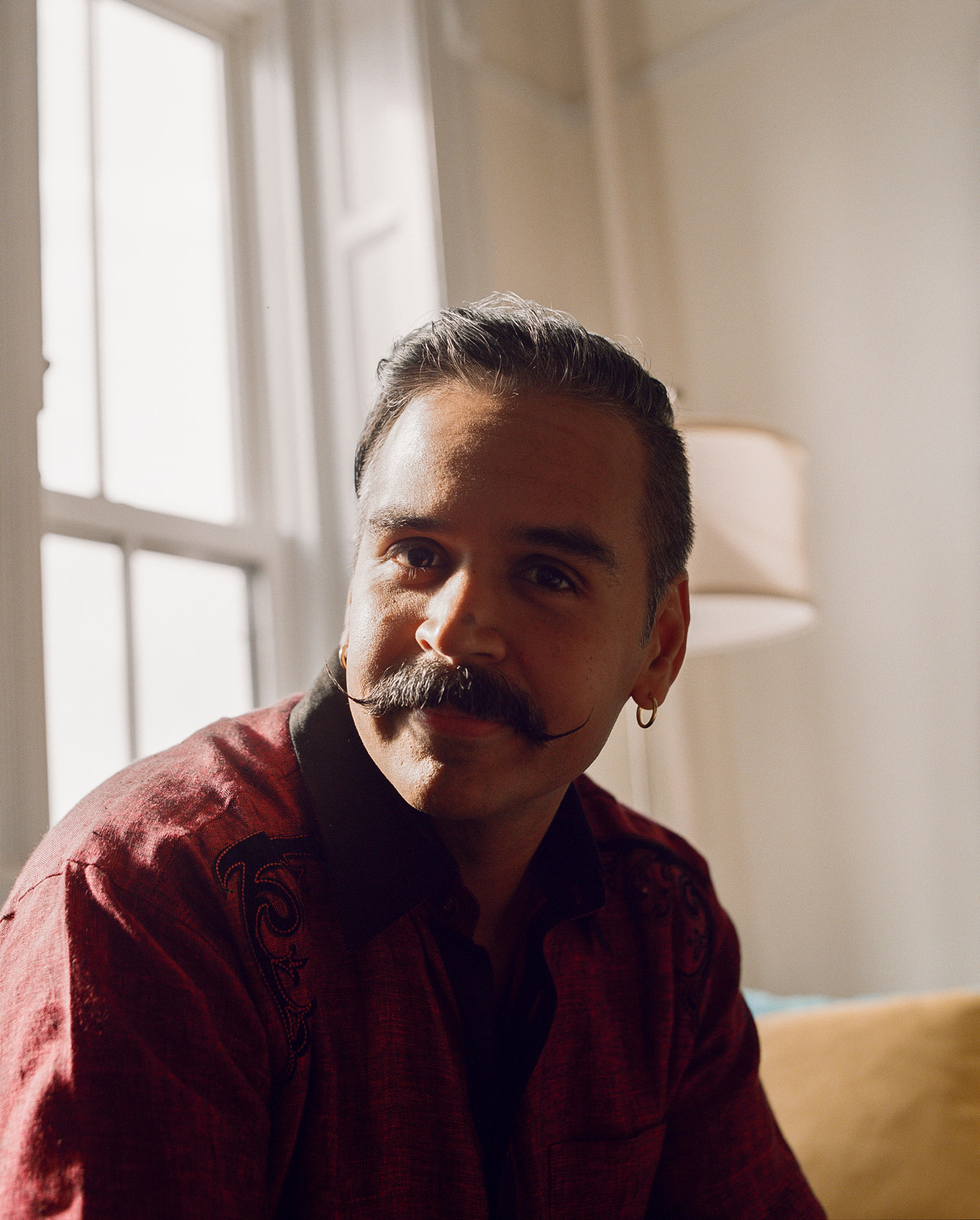 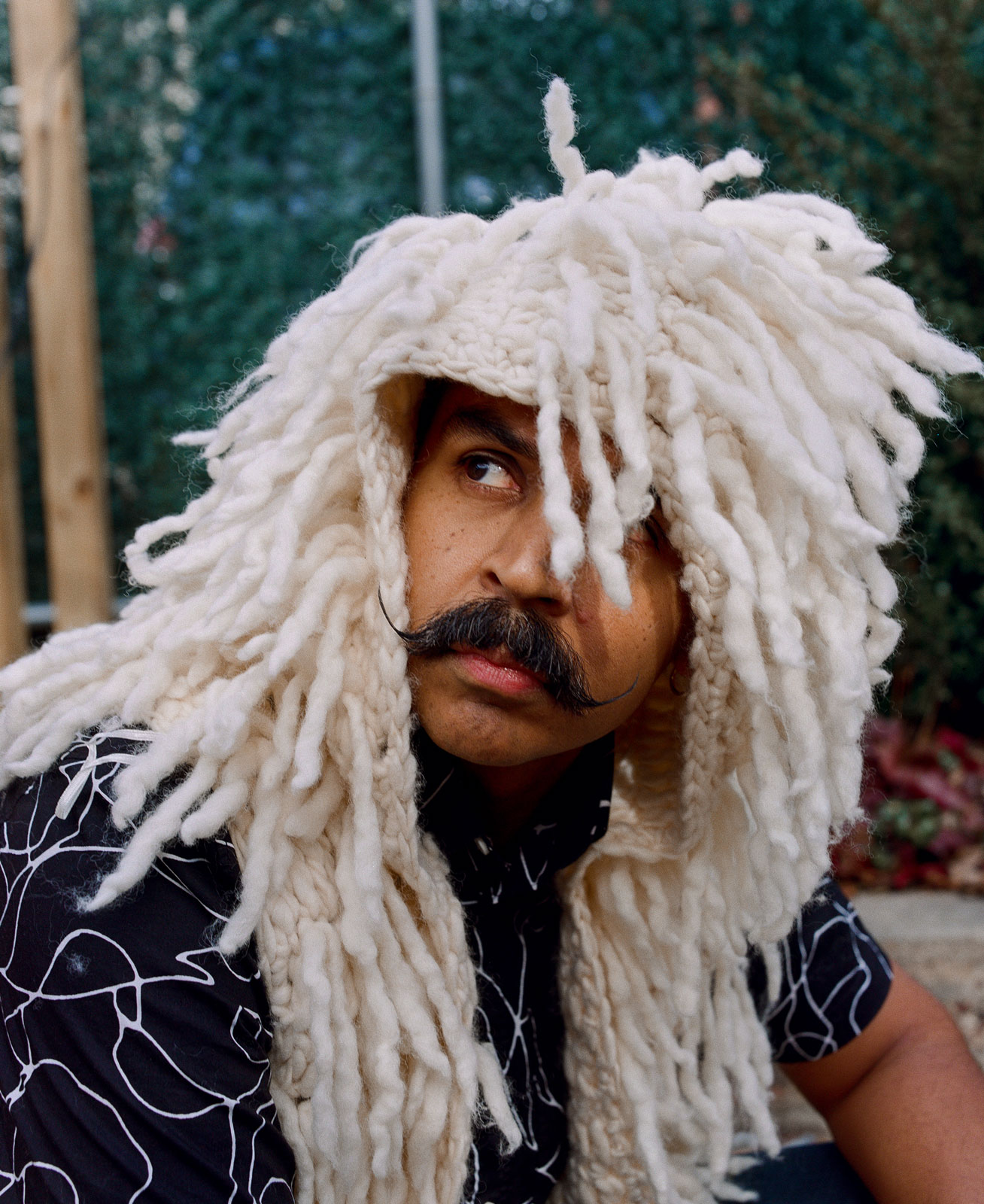 Jain—best known as the founder of bhangra band Red Baarat—first began to work on Wild Wild East after the 2016 election, which made him want to celebrate his own family’s journeys. Members of the minority Jain religion, his parents were displaced during the partition of India and Pakistan following World War II. Then Jain’s father came with his family to Rochester, New York in 1970.

“The title Wild Wild East was rooted in this idea of the lineage of migration of my family, and just how wild it is to know what they’ve gone through,” Jain told me. Thus, the dreamy “Osian,” named after Jain’s home village, features the shehnai, a piercing Indian double reed instrument, intertwined with the western electric guitar. The song “Maitri Bhavanu” is one of the prayers that Jain’s mother would play on the cassette deck while he sat on the kitchen floor playing with blocks or matchbox cars. It’s performed by the amazing Indian-American singer Ganavya, whose powerful vocals shift from a keening wail to a gentle whisper. The lyrics say, “May my heart bleed/ at the sight of wretchedness, cruelty, and poverty”; a message that speaks directly to the acceptance of immigrants and refugees. 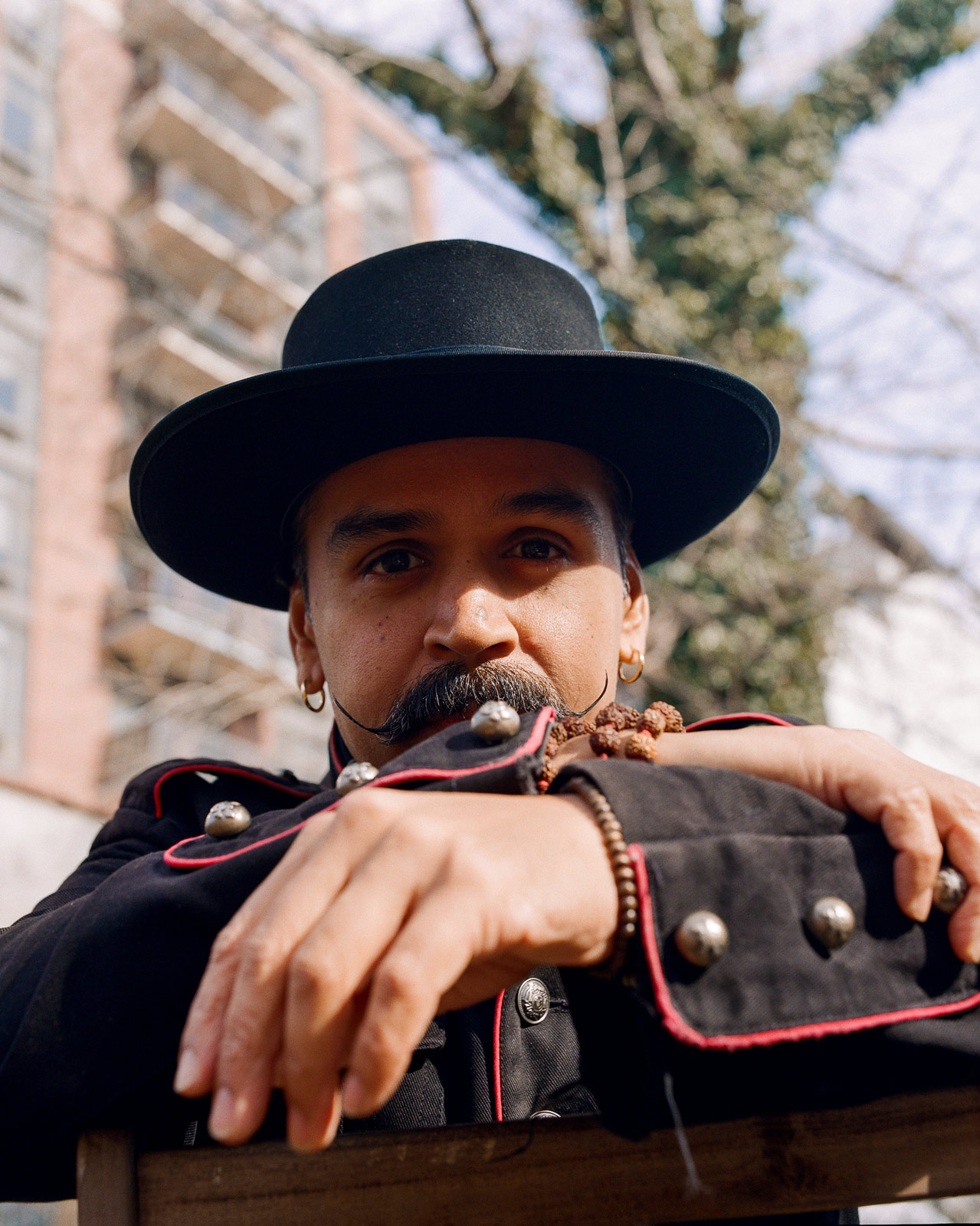 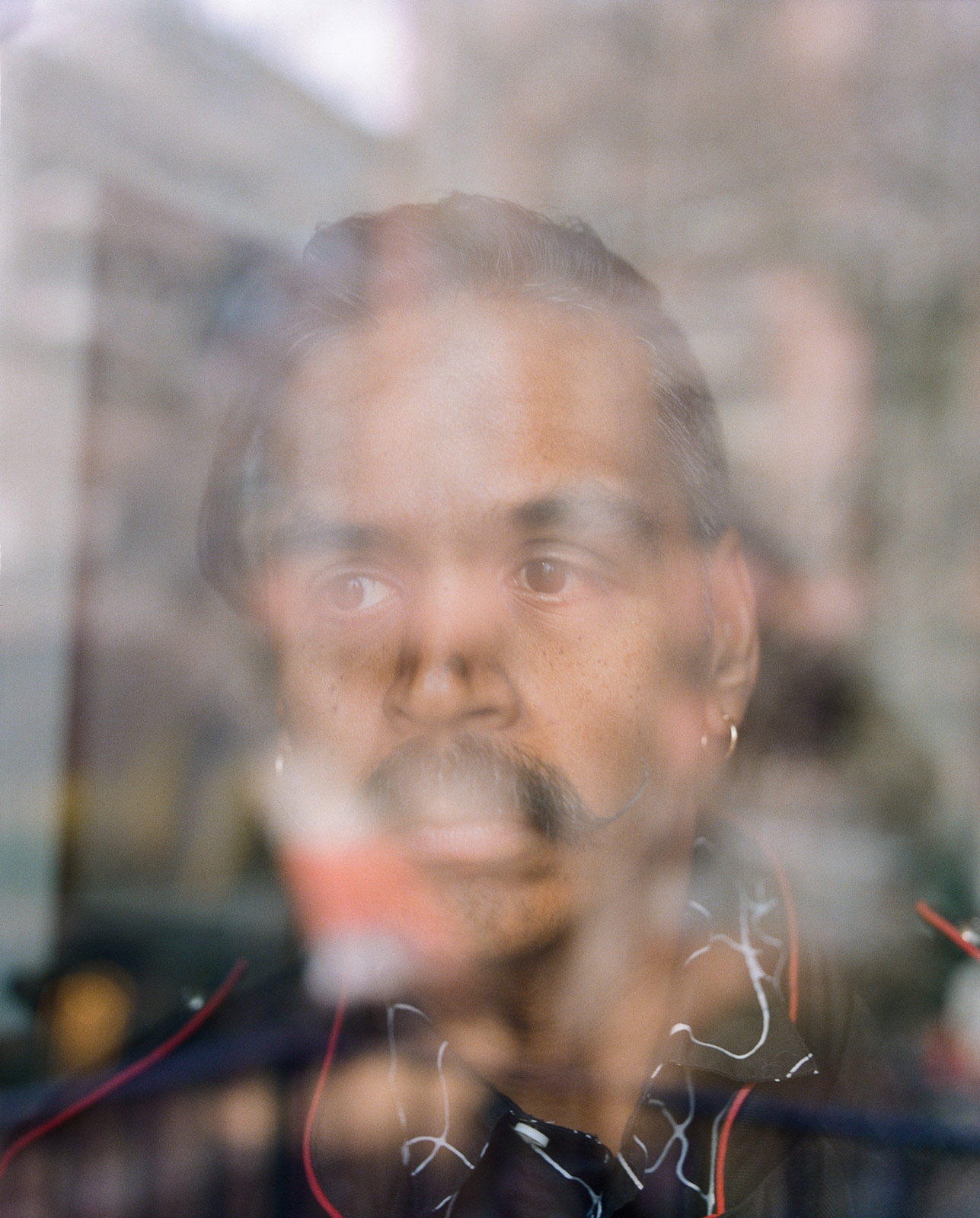 The tunes directly taken from his parents are some of the album’s most affecting, but Jain is also interested in using his musical heritage and making something new out of it. The album is indebted he says to the compositions of R.D. Burman, whose famous 1975 Bollywood Western soundtrack Sholay was inspired by Ennio Morricone’s Italian (or Spaghetti) Western scores. You can hear these influences especially on the title track, where Ganavya’s vocals echo the high piercing yodels of Morricone’s music, while Jain’s trap drums imitate both the sound of train tracks and Morricone’s compositions.

Jain said he first began to think about cowboy imagery when he went to Dubai’s Global Village in 2016. The museum/exhibition has sections devoted to different regions and countries, each of which is marked by a different symbol. France for instance has an Eiffel Tower at its entrance. For the Americas, the symbol is a white male cowboy, about 50 feet high; you walk through his legs to get into the exhibit.

Facing that giant tacky straddle-legged figure, Jain started to think about how the white rugged adventurous cowboy narrative didn’t have room for black cowboys, or cowgirls, or for immigrants. And so for his album, he said, “The idea was just to basically take this idea of what a cowboy is, and these romanticized ideas of a cowboy in search of opportunity and freedom, and put it on the immigrant.” After all, he said, “Immigrants leave their home country and everything that’s familiar to go to a foreign land and to seek opportunity. To me that is courageous and bold. That’s what the cowboy and cowgirl should represent.” 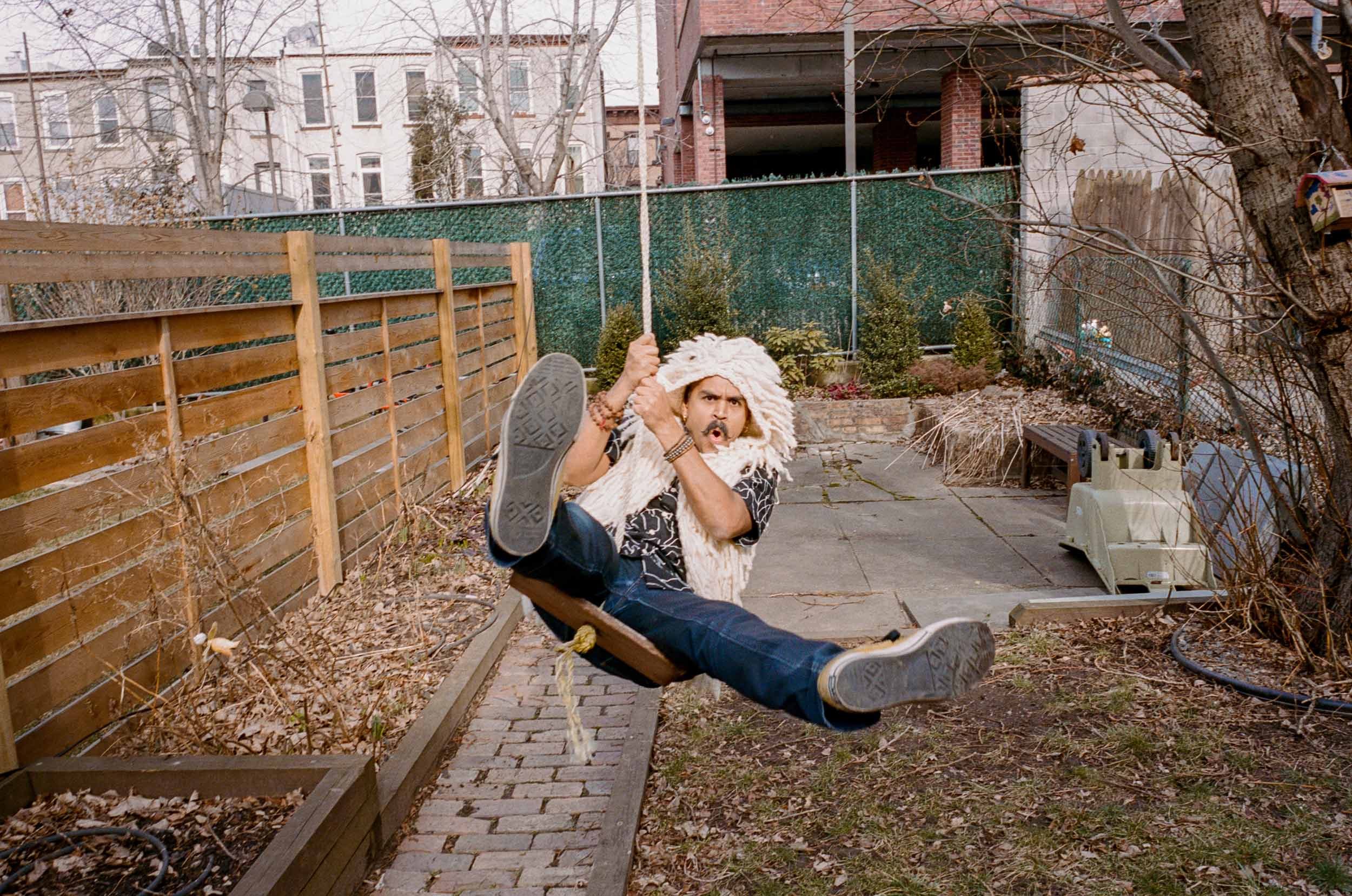 The album’s most militant cowboy immigrant statement is the song “Baaghi.” The lyrics are by poet Ali Mir, and pay tribute to Kartar Singh Sarabha, an Indian revolutionary who studied at Berkeley before returning to India, where he was hanged as a rebel by the British in 1915. Singer Aditya Prakash sings with a powerhouse open-hearted Bollywood vocal, “If they ask you who you are/Tell them your name is Rebel!” Jain’s precisely frantic drums provide a funk grounding for Pawan Benjamin’s skronking tenor sax. It’s the sound of west and east sweeping towards each other, waving ten-gallon hats and demanding freedom. “Understand that this is our only tradition: The tyrants lose, and we win.”

In comparison to that call-to-battle, the song “Hai Apna Dil To Aawara” is hushed and quiet. It’s a famous tune from the 1958 Bollywood film Solva Saal, and another of the songs that Jain’s father would pluck out haltingly. Ganavya sings it as a lullaby. while Gray McMurray provides a strumming accompaniment that could have come from a cowboy campfire song. “My heart is a vagabond/He is a madman./He is a shooting star./ Who knows upon whom he will land,” the lyrics say. Like most of the music on Wild Wild East, it’s about travel, about roaming, about restlessness. It’s a perfect song for Americans, who come from everywhere.