When I was first planning to interview Allie X, I was somewhat intimidated and unsure of what to say. I have been moonlighting as a music journalist for roughly a month at this point and am very much glued to my block in Bushwick. She is a Billboard-charting artist, and something of a fashion world favorite, who has received public adoration from the likes of Katy Perry.

While I consider my musical knowledge to be broad, I spend most of my time listening to ’70s R&B and ’90s British rock and was unsure of how much justice I could do in covering Allie’s work—slick and thoughtful pop filtered through a whimsical, theatrical, and slightly macabre persona. But when I dove in, I found her production choices and subject matter pleasantly familiar. Her new album, Cape God, deals with the isolation of feeling different, and the tribulations of a transition into adulthood from a turbulent adolescence. It confronts emotional crutches and the pitfalls of anxiety. These are subjects that are fully universal and feel freeing to relate to.

I met up with Allie at abcV, a very neat and chic vegetarian restaurant attached to ABC Carpet & Home. She was sporting a tweed blazer with a sharp collar (which we will touch on during the interview) and was eating a plate of soft scrambled eggs. She looked very cool. I was greeted warmly, we engaged in some small talk, and shared pleasantries. I ordered a peanut butter and bee pollen smoothie, then we got straight into chatting biz. It was a great time, and she is an even more thoughtful and receptive person than I could have anticipated. 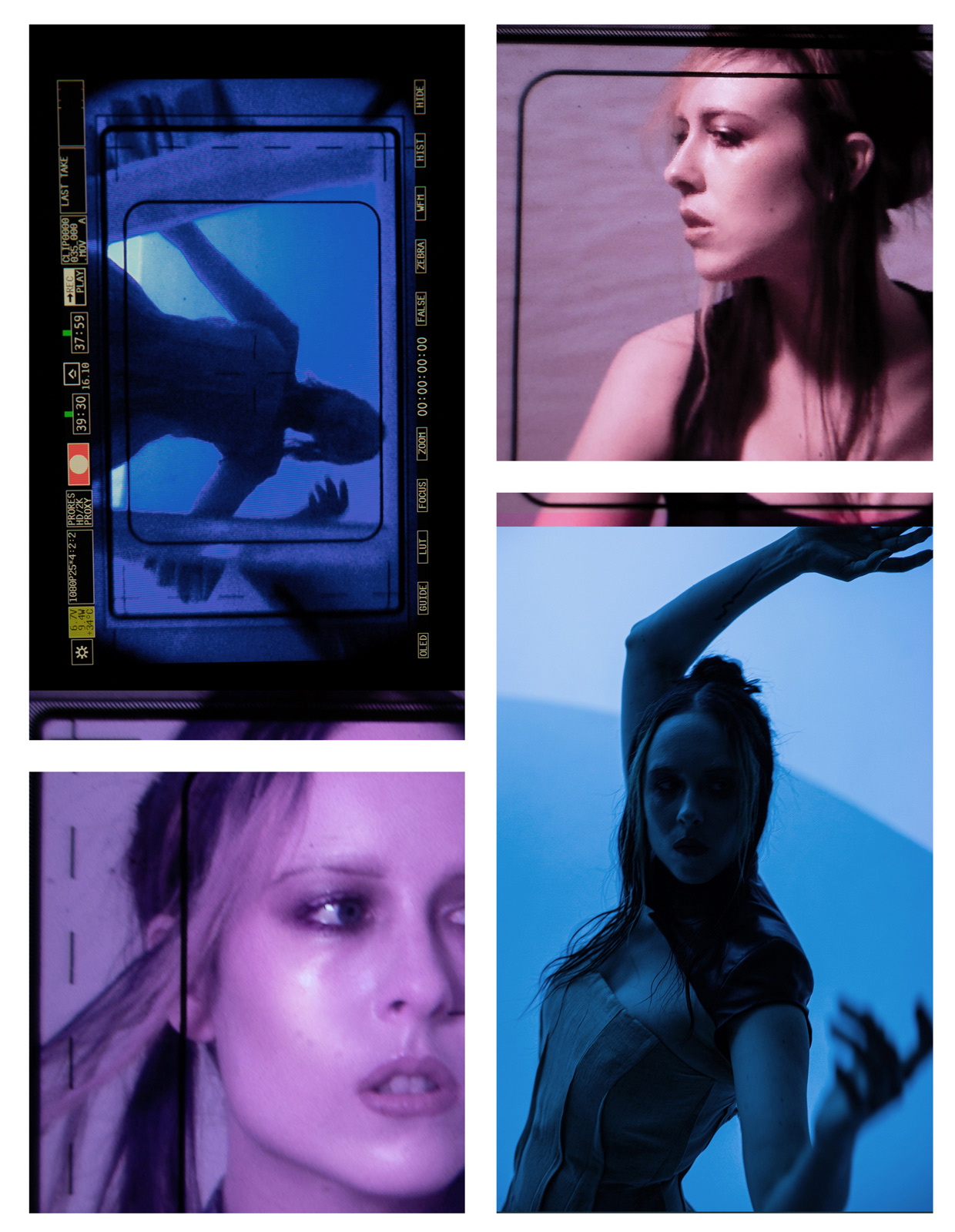 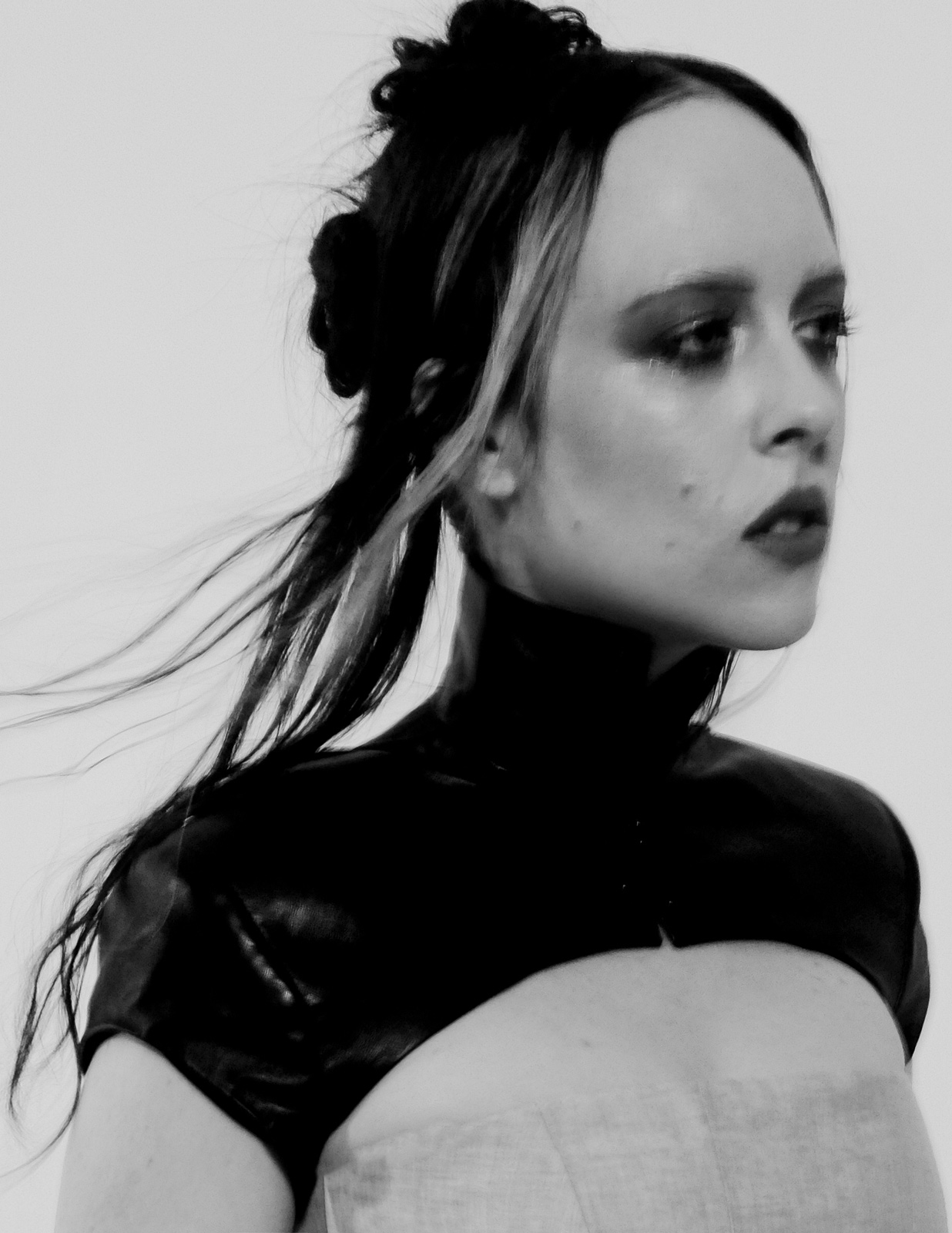 Steele Kratt: Tell me a bit about the concept behind Cape God. How much of it is based on personal experience and how much is social commentary?

Allie X: Get ready to hear me talk about this for 10 minutes. When it comes to concept, sometimes I feel like I almost take it too far. I love ‘concept.’ I only make bodies of work—I’m not good at only releasing singles. So to feel satisfied, I need to create a whole world for my work. I’d say, Cape God is a liminal space for me to explore my repressed feelings from my teen years and explore the hope of coming out from that period with a different outcome.

The whole idea started when I saw this HBO documentary called Cape Cod Heroin. It was a documentary about the opioid crisis in the USA, but particularly in Cape Cod, Massachusetts. Cape Cod is a place that you think of as a scenic, well-to-do tourist town, but most of [the documentary] was shot in the fall and winter. It focuses on five or six teens and young adults, who have all gone down the road of substance abuse. It resonated with me for some reason that I couldn’t quite figure out. I was thinking about it for days and days after. One time, as a writing exercise, when I was feeling a bit dry, I tried writing from the perspective of one of the girls from the documentary. Cut to a month later, I was in Sweden, in a writing session, and the producer asked what I wanted to write about. I found a sentence that I wrote from my Cape Cod exercise. That lyric ended up being the first lyric for my single, ‘Fresh Laundry.’ We took that subject and explored the feeling deeper. It was much different than an LA writing session.

(A smoothie is brought to our table in a wine glass. We both marvel)

Steele: Wow, this is the dose of class I need from a smoothie. Sorry. carry on. 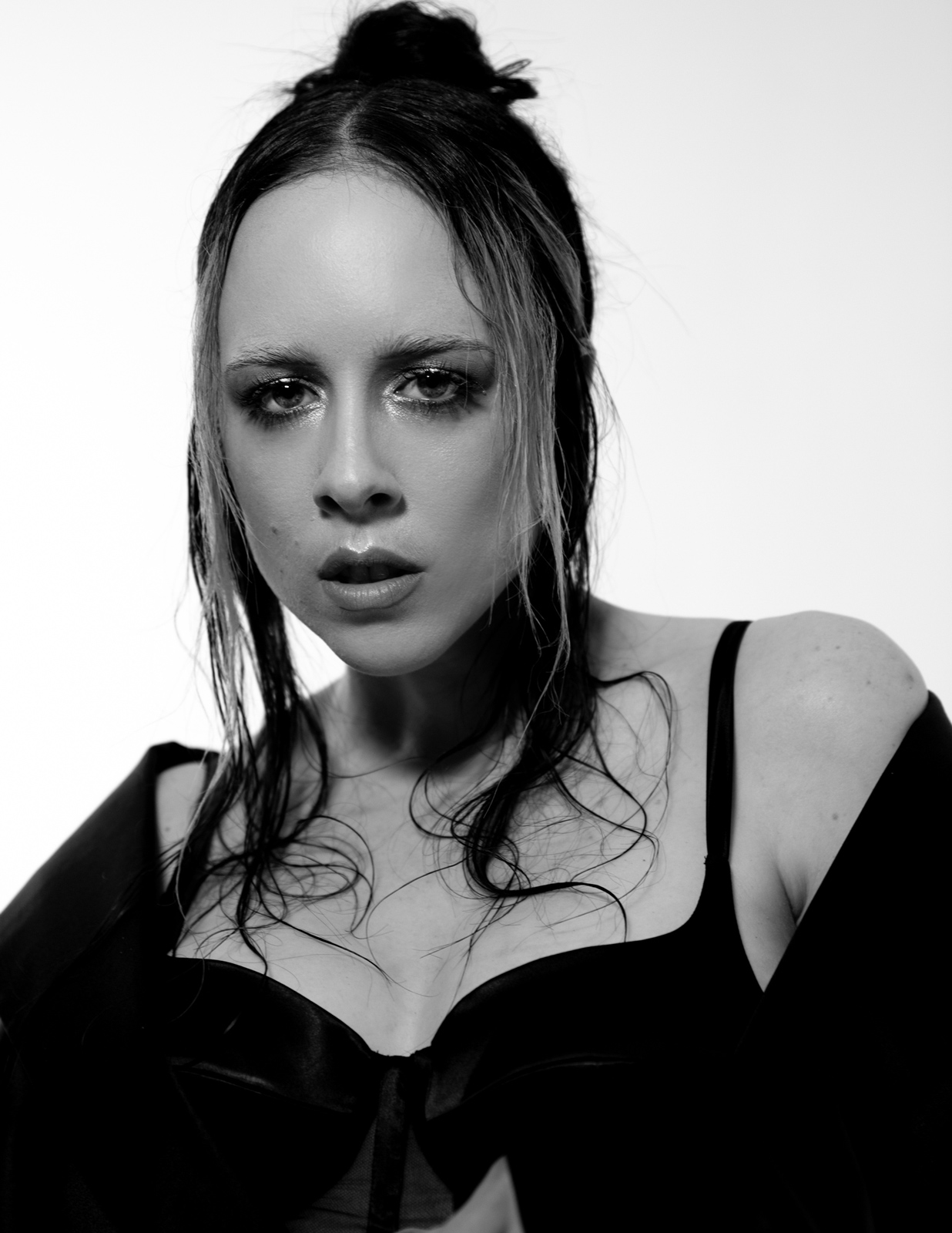 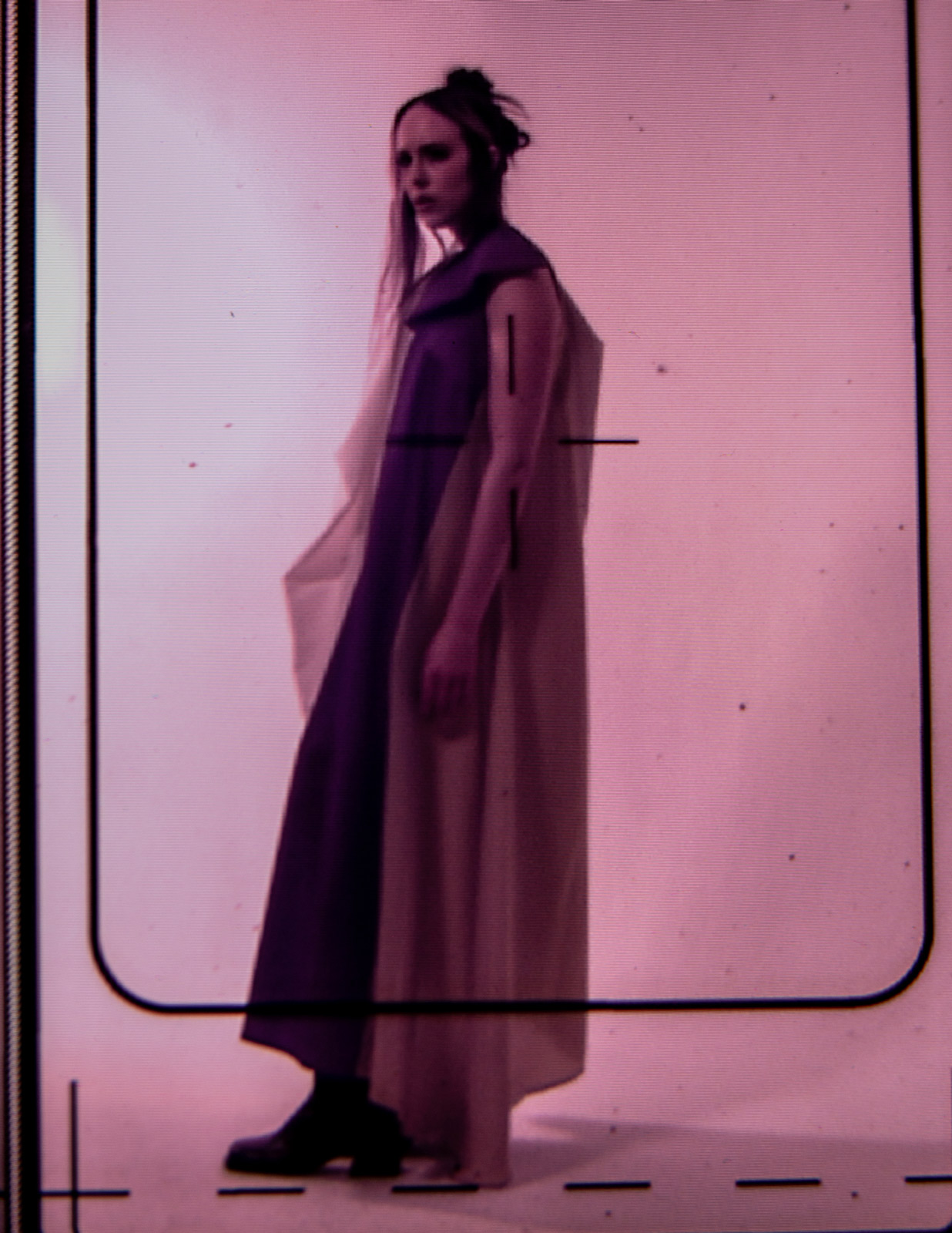 Allie: As I continued writing from this perspective, I started adding in elements of my own life and experiences, and the two began to blend. Even though I was never an addict or junkie, I found similarities with these people. I had a lot of trouble with illness as a child and never knew what would happen to me day to day. I was dissociated, isolated from my family, and was an outsider. I shared lots of emotional parallels, and the documentary became a jumping point for me to explore my demons and past. Not everything from it is meant to be literal, but it became a great way for me to explore writing about my life.

Steele: Yeah, that idea of writing from the third person is a really interesting way to write. I feel like a lot of British artists tend to do that. Especially The Kinks and Blur, they tend to write in the third person, but really just talk about themselves. It’s a nice way to express ideas and, in some ways, can allow you to be more honest about yourself. 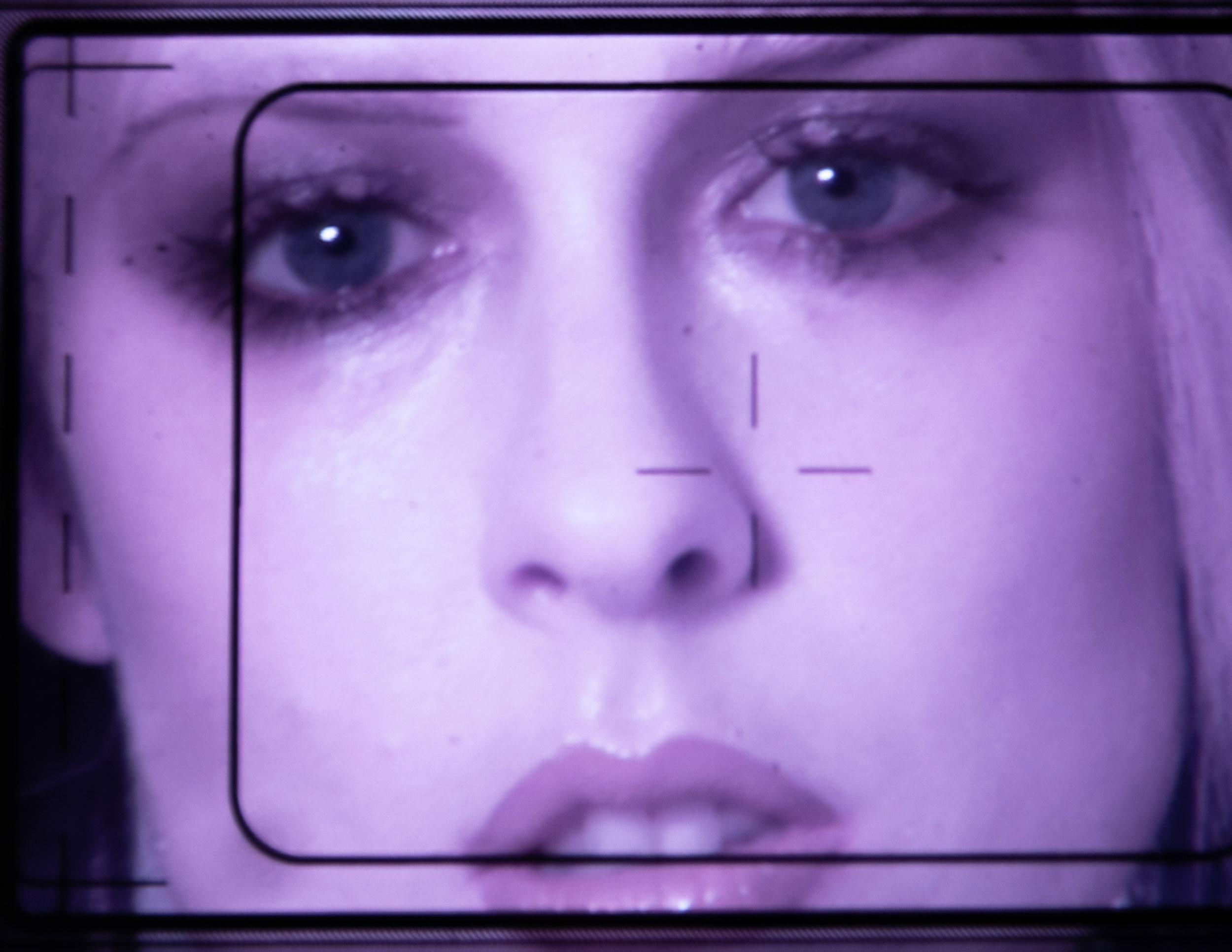 Steele: The good old, ‘based on true events’ deal. I can relate to growing up something of an outsider. I always felt different as a teen, and now, with perspective, I can realize that was a good thing. Realizing your differences can add to success as an individual and adult. What sage advice would you give to a young Allie X?

Allie: I think I would say, ‘It’s going to be ok, keep going, hold on.’ Which I did, luckily. But yeah, I think that’s what I’d say. To let her know that she’ll find her way.

Steele: Facts. I went to a school reunion a year or so back, and all of the really popular kids looked so sad. I remember seeing my mom a few days later and saying to her, ‘Why didn’t you tell me it’s not a good thing to peak in high school?’ Of course she had, I just never chose to listen. Adult life is full of so many ups and downs and sad moments, that you don’t want to have to see high school as your golden era. You definitely want to grow beyond those years and meet people new people who shape your life. I’m glad I don’t pine for being 16 again.

Allie: I agree—and going through pain as a childhood helps you understand empathy and other people’s pain.

Steele: Love that. OK, well, let’s go back to the meat of this sandwich. The songs I’ve heard in the lead up to Cape God are heavy on melody but have syncopated yet understated rhythm sections. It’s a tactic that works really well in building your choruses. In addition, the crescendos of synths and strings add to the theatrics and drama. Would you say there is more of a connection to your inner voice through the musical arrangement, or is the connection more rooted in the lyrical content? How important to your work are those peaks and valleys and dynamics?

Allie: I love this question, and I’m so glad you asked it! I wrote this album in Sweden, alongside a producer named Oscar Görres. He’s worked with Maroon 5 and Taylor Swift, and is signed to Max Martin. He made the most musically interesting choices, which I’d never really had as a starting point for a song. Those subtleties and harmonic dissonance really make the piece what it is. I originally intended for ‘Fresh Laundry’ to be a blues song, but he wanted to apply minor chords underneath major chords. By adding more esoteric choices to create a strong mood, I was allowed to write more freely.

I was way more hands-off on this production than I had been in the past, which has never really happened in my career. It was so satisfying to work that way. The musical choices that Oscar made really allowed me to explore what I wanted to lyrically. I felt like I hadn’t been able to write to the potential that I could, until we started working together and found strength in those dynamics. 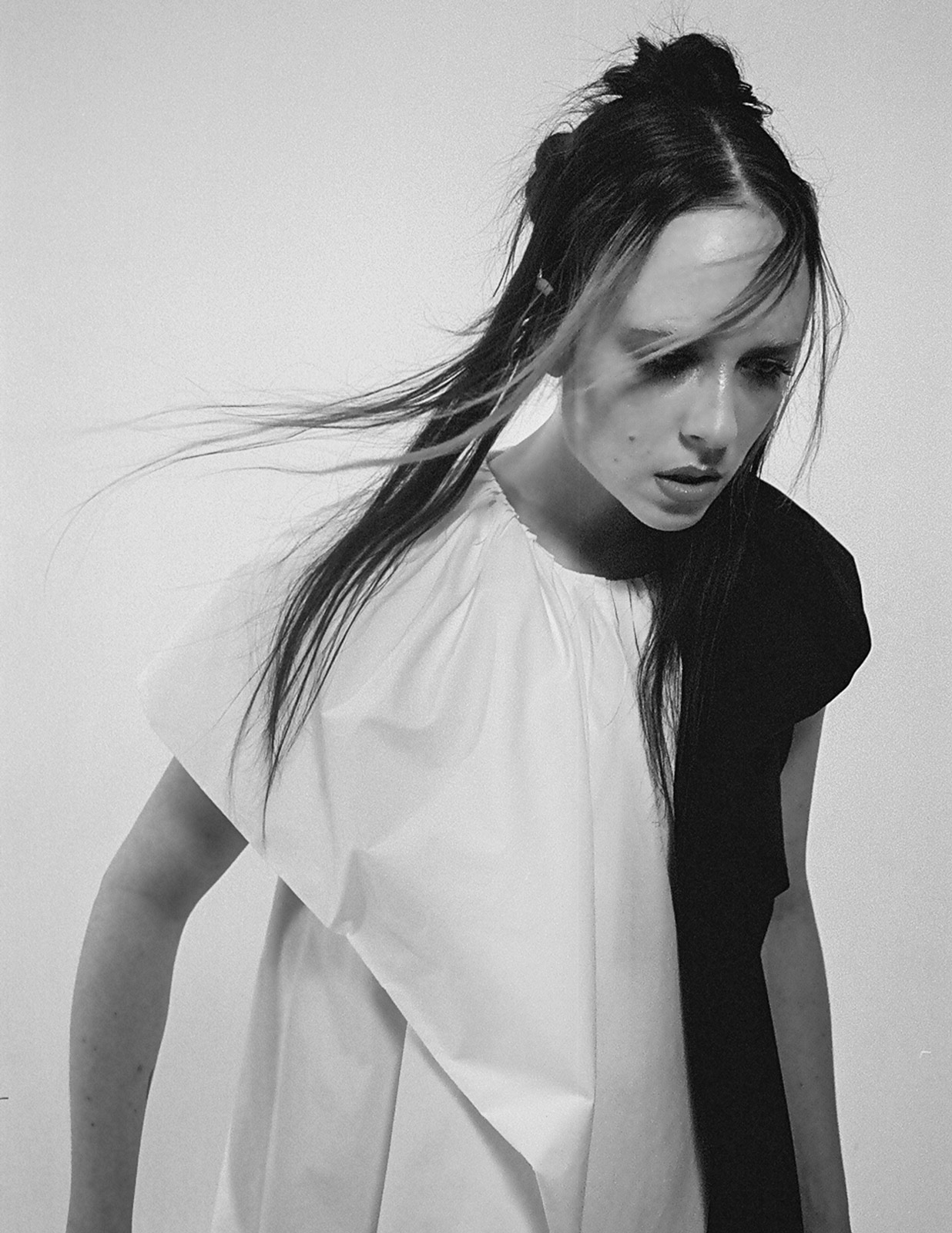 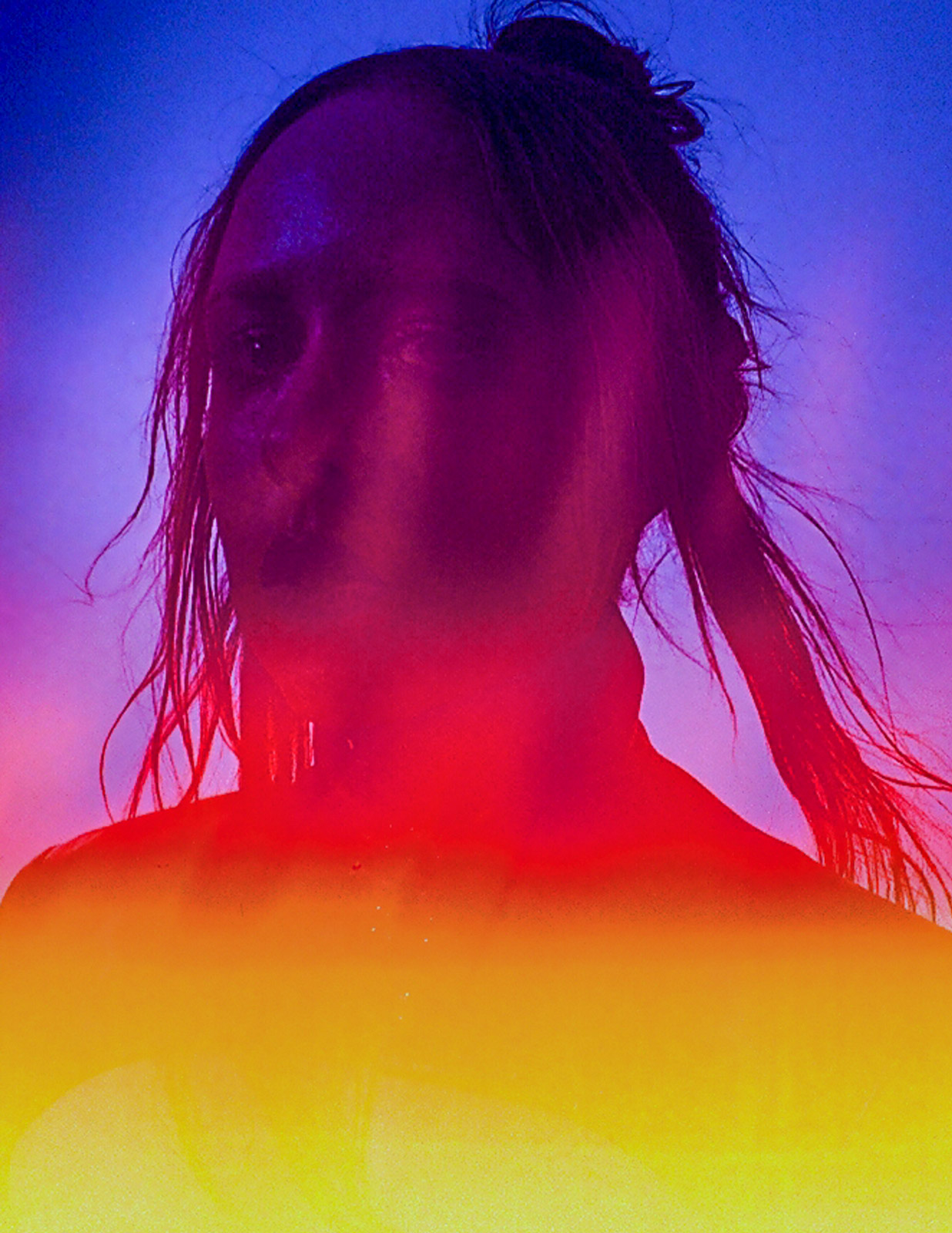 Steele: Dynamics really can be the unsung star of the show. That’s nice to hear! Let’s transition back to the more lighthearted questions—what New York Fashion Week shows have you attended this season?

Allie: This is going to sound so pretentious, but I’m more of a Paris Fashion Week person. I’m going out there [for the Fall/Winter 2020 shows]. I recently did my first Paris Couture Week and loved it. But anyways, [in New York] I did The Blonds on Sunday with Suzanne Bartsch. She’s a big supporter of the queer community, night life, and the arts. We went to that show together and it was great.

Steele: Truth, OK what are your three current favorite foods?

Allie: I’m limited, but the paleo and keto movement are very exciting for me. There’s so much I can eat now. My favorites, though, are paleo waffles by Birch Benders, these carob chips I found, and almond butter. 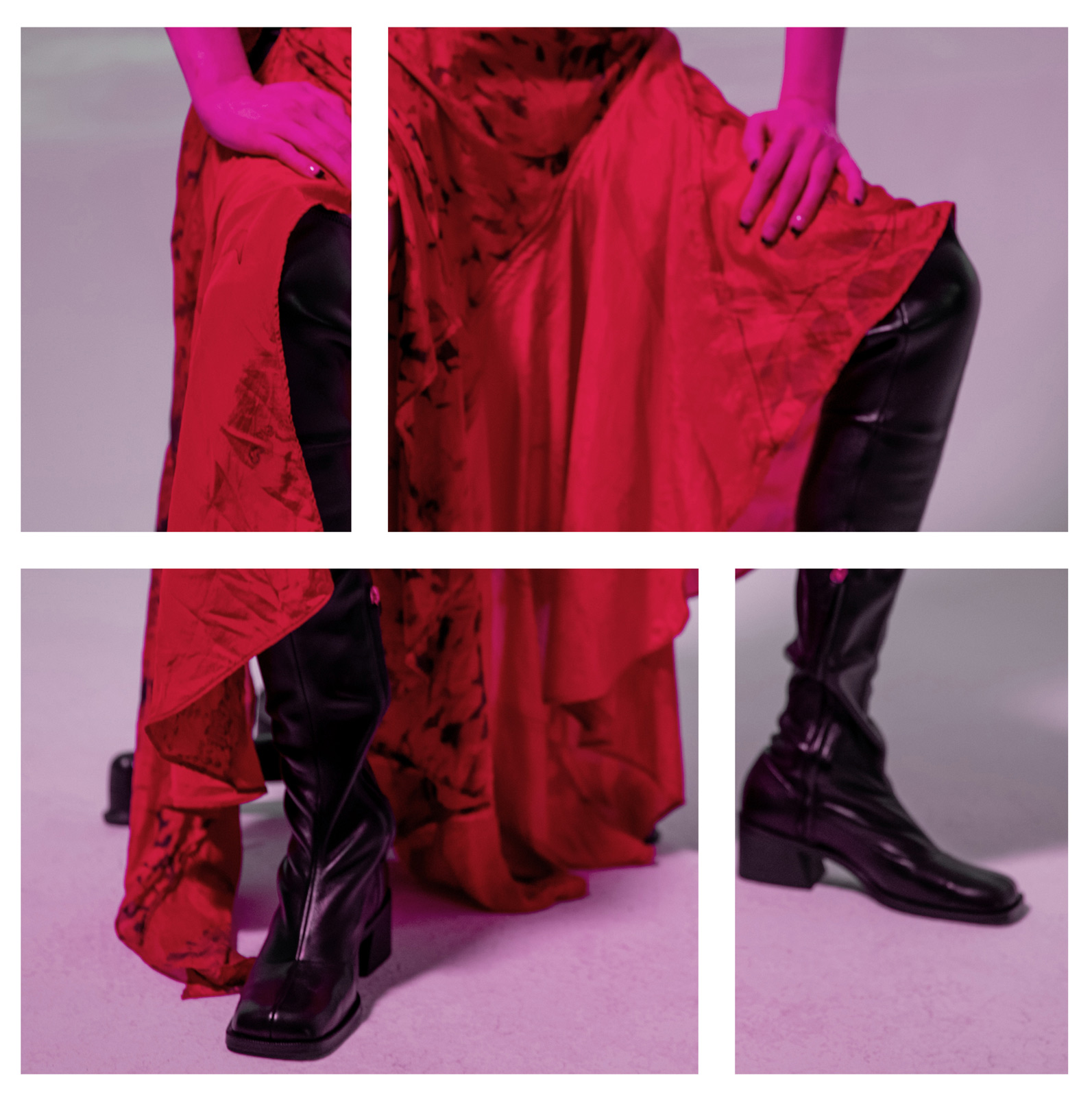 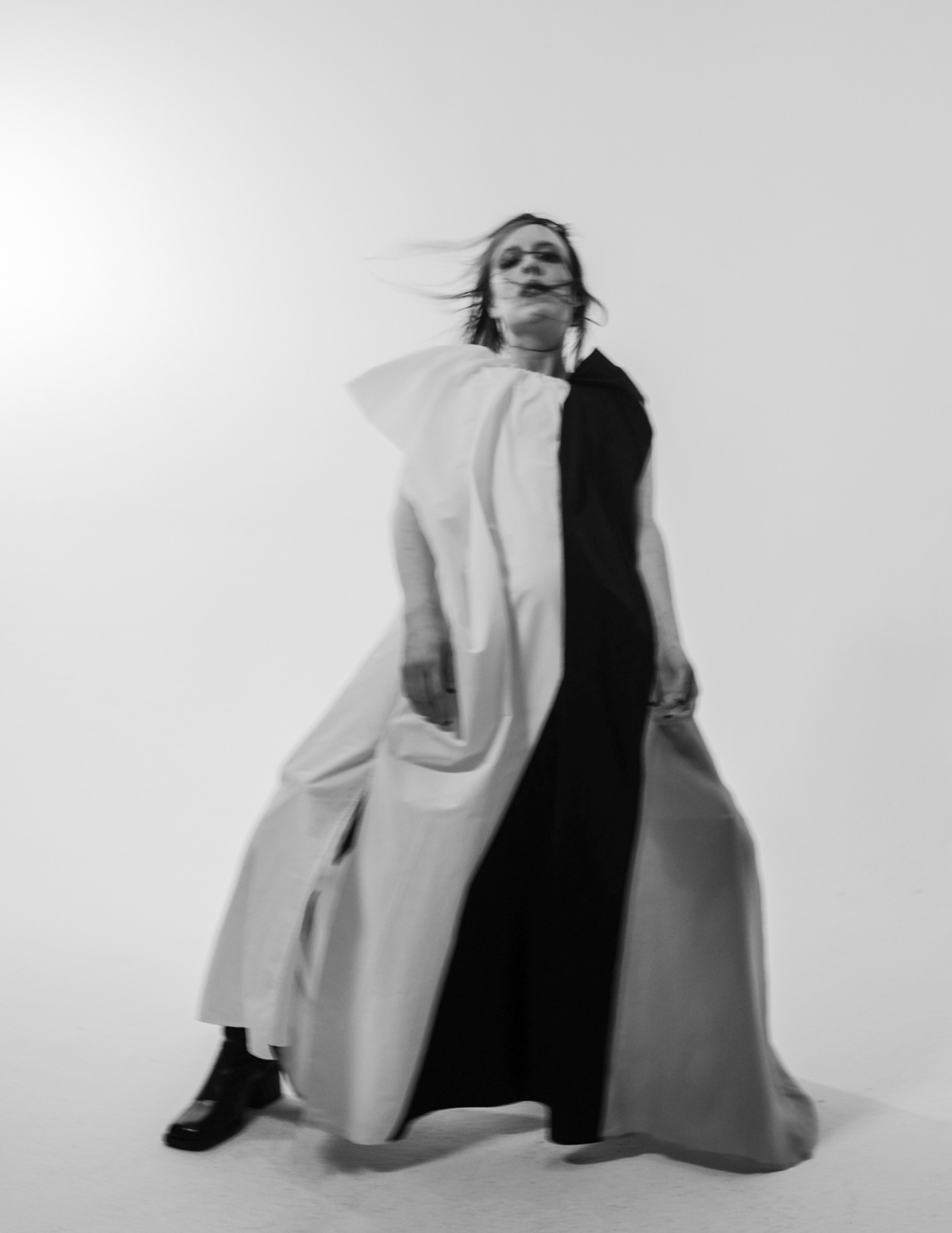 Steele: Almond butter is my favorite fucking thing ever.

Allie: When I’m on tour I bring it with me and put it on everything.

Steele: Same! When I’m on the road it’s jam, bread, almond Butter, and bananas. One time I ate 10 bananas and I got nervous and researched how many bananas it could take to kill you. I was scared of getting potassium poisoning. But yeah, you always gotta travel with a treasure chest with you. Almond butter is heavenly.

Allie: Are you creamy or smooth with your almond butter?

Steele: I go in and out, but I’m more of a creamy guy. I know that’s embarrassing to say these days, it’s kind of like a young person in a city saying that they’re a moderate. But I gotta stand by my truth—I am a creamy guy.

Allie: I’ve heard that different food preferences represent different emotional moods. Allegedly, if you binge on crunchy foods, research shows that you’re a bit angry about things and want to have a more aggressive experience. If you want creamy or milky things, you crave comfort from your mom or a loved one. 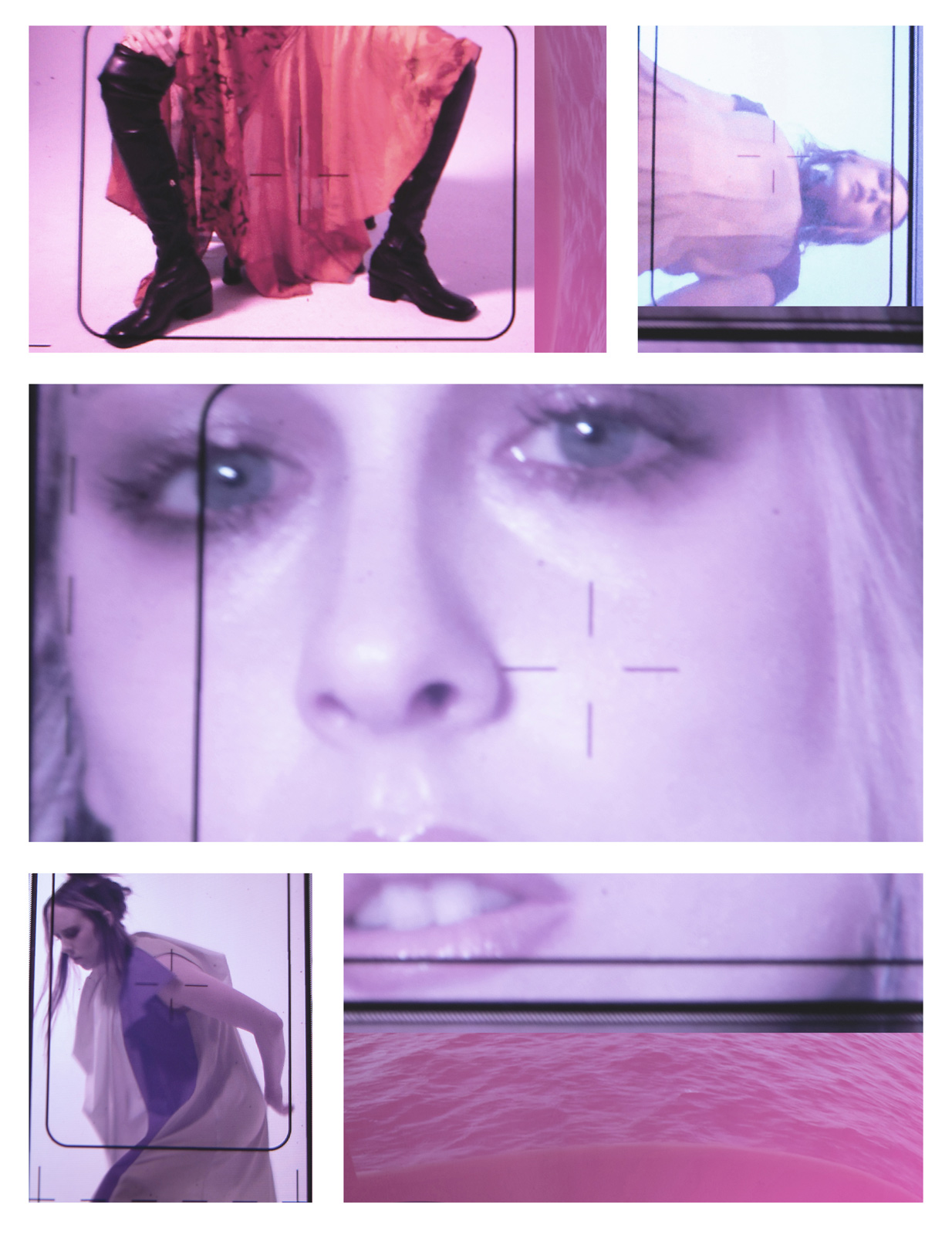 Steele: Wow no way, I guess I can see that. It’s kind of like how your mood dictates the position you sleep in. OK—invite any three guests, alive or dead, to dinner.

Allie: My grandfather on my dad’s side who I never met, Haruki Murakami, and Tilda Swinton—or maybe Bowie?

Steele: To be honest, you could get Tilda Swinton to come as Bowie. She could pull it off. Last question—what is your best travel memory?

Allie: I used to play in a cover band in Toronto. At the end of an event we were playing, one of the people in the band invited us all to a camping site, about a six-hour drive to Northern Ontario. From there we took a small plane ride to the location. There was no phone service and no other houses nearby. It was extremely remote and was so relaxing and unexpected. The place had a sweat lodge, and at night we would sit there naked, in the dark, then sprint from the sweat lodge into a nearby lake. We spent a lot of our time in nature, and looking at the stars. I’ve been to far more exotic places, but there was no pressure there to have a good time. It was just so nice and unexpected, and it really stands out to me.

Hair by Timothy Aylward. Make Up by Lijha Stewart.