Styling by
Yeon You

The photographer and stylist take inspiration from highly stylized K-Pop idols changing the conversation around what makes a man.

Men can be flowers too. The growing movement of soft masculinity in Asian popular culture—most prominently perpetuated by the highly stylized and groomed idols of the sweeping K-Pop wave worldwide—has introduced varying expressions of male beauty ideals that challenge the traditional masculine stereotype. Kkonminan/Hwarang, a South Korean term that translates literally to flower boys (aimei nanren in China and Bishōnen in Japan), is a phenomenon used across history and popular culture to describe the physical beauty of men outside of the constraints of gender or sexual orientation.

Rather than seen as being emasculated, the feminine associations of flowers put forth a more versatile notion of masculinity, as seen by the growing market for male beauty in the region and contributes to a transcultural flow of accepted ideas of what constitutes desirability in the wider East Asian context. Playing with the literal idea of ‘flower boy,’ photographer Roni Ahn collaborates with stylist Yeon You to bring this aesthetic of masculinity to life. 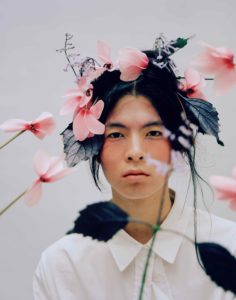 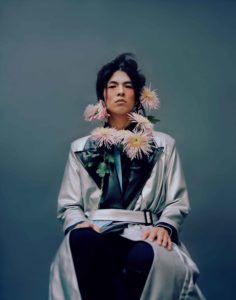 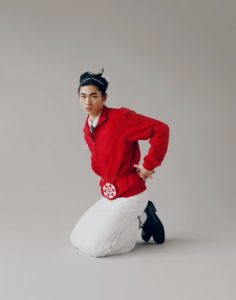 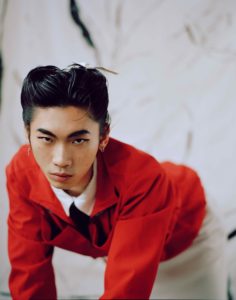 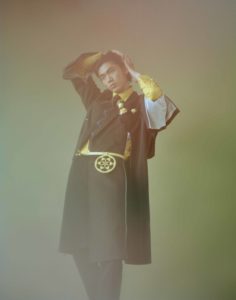 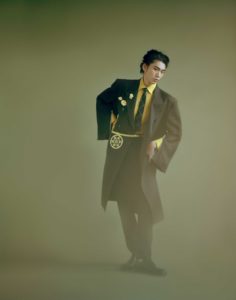 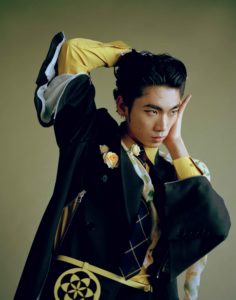 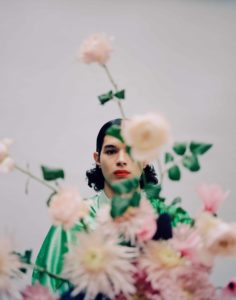 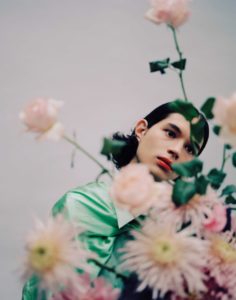 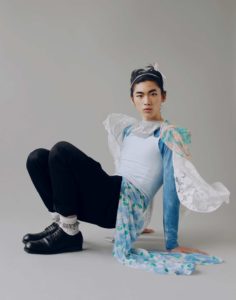 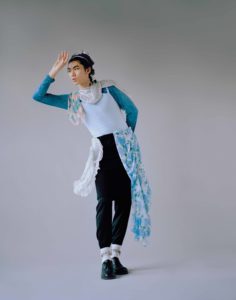 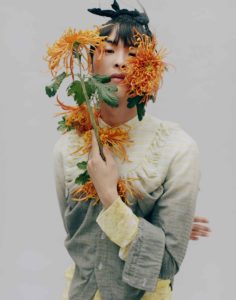 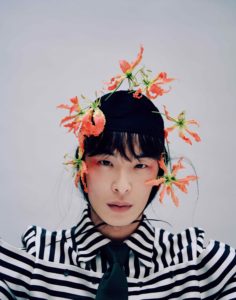 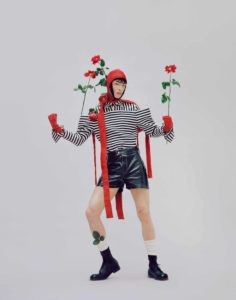 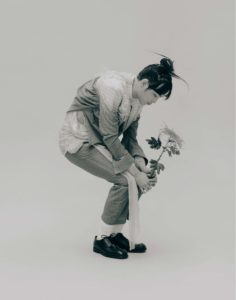