Using photography as a means to process his pilgrimage, Raafae Ghory finds solidarity and contradiction.

Last March, photographer Raafae Ghory traveled to Saudi Arabia to perform the Umrah, one of two pilgrimages in Islam in which one travels to two of the religion’s holiest cities: Mecca and Medina. He documented his journey through prayer and reflection in images exploring the effects of globalized capitalism and his personal struggle with the complexities of faith.

He shares a selection from this body of work, titled “Hajji,” as well as his reflections on the experience with Document.

Hajji, when directly translated from Arabic, refers to someone who has traveled to Mecca as a pilgrim. In its contemporary usage, locals in Mecca use the term for any outsider in Saudi Arabia, regardless of the person’s actual status as a pilgrim.

Following the US occupation of the Middle East in the early 2000s, hajji has devolved into a derogatory term used by Americans and Europeans to refer to Iraqis, Arabs, North African, and West and South Asian people.

Much like the rest of the world, my idea of Mecca was built through photographs of the city I’ve seen throughout my life on the internet or media publications. Often these images are shot from far-removed vantage points and show thousands of indiscernible people worshipping around the Kaaba, the black square at the center of The Grand Mosque of Mecca, believed to be the house of God. 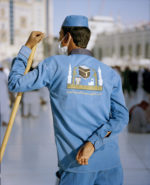 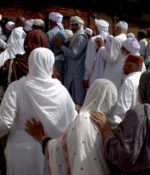 Growing up in New Jersey in the 21st century, I had a difficult time building a connection to a history-old religion, and so I wasn’t entirely sure what to expect on my journey to the Kaaba. I figured I would use my camera as a way to actively look, to understand the historical roots of this holy land, and interpret my position as both an insider and an outsider among the brothers and sisters also on their pilgrimage.

In the same vein, I figured that the holy cities I visited, would reflect some sort of virtuousness, which was there in some ways and absent in others. The cities are inundated with the effects of capitalism and suffer from an extremely large wealth gap: I was able to find a Dominos, KFC, and other western chain restaurants along with a Rolex store and perhaps the largest luxury hotels I have ever seen—all within a few hundred feet of what is the most sacred land in all of Islam.

Despite the presence of capitalism and technological globalization, being in the middle of it all truly felt transcendent. Despite the massive crowds, I felt tranquil and elevated. I explored these multiple dichotomies and photographed along the way, and the result was my project “Hajji.”

Attend a gallery show and reception featuring “Hajji” at 721 Broadway on January 29th at 6pm. 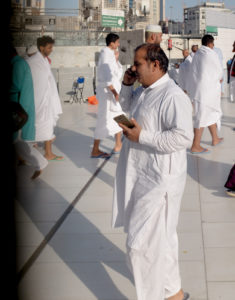 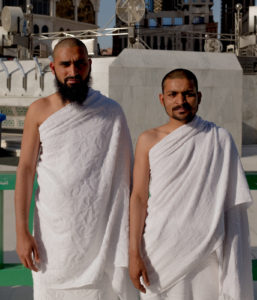 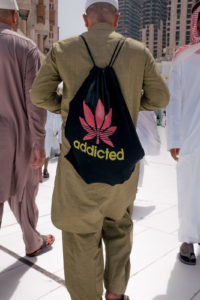 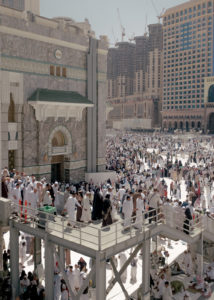 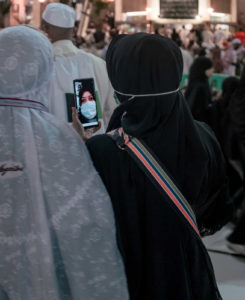 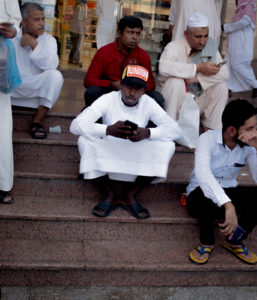 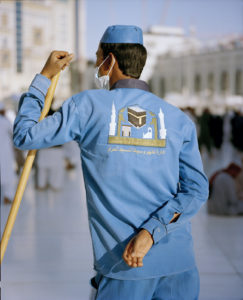 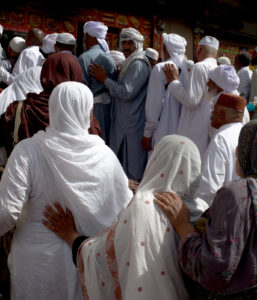 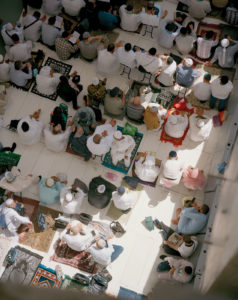 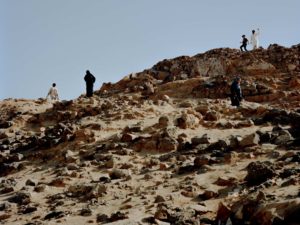