Hair and Make Up by
Madeleine Gaterud

With her debut album ten years in the making, the Swedish-Iranian artist embraces her identity without prejudice.

At the heart of Nadia Tehran’s debut album, Dozakh: All Lovers Hell, is her family. The Swedish-Iranian artist included recordings of her mother, father, and sister throughout the album to contextualize the experiences she is singing about.

Similar to Solange’s album A Seat At The Table and Blood Orange’s Freetown Sound, which chronicle those artists’ experiences growing up in minority communities in the American South and in the UK, Tehran’s family has been threaded into her foggy, genre-fluid songs to enrich the documentary-like nature of her work.

It took Tehran 10 years to complete Dozakh—disagreements with her former label, artistic differences with various producers, and her own creative process all contributed to the situation. The final result is a dense and deeply personal album that peels back layers of her infamously staunch exterior. In 2016 she released an EP titled Life is Cheap, Death is Free, which earned her a reputation as a leading voice in the dissident punk-rap underground. All five songs on the EP took a sledgehammer to those in power, particularly the patriarchy and the sycophants who insist on strict border control. “You’re not welcome here, you don’t look like us,” she roars on “I See You.” Her video for the song “Refugee” shows her rapping on the streets of the Iranian capital and has made it dangerous for her to return to the country due to a fear of persecution by the Iranian government. 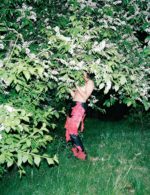 On Dozakh, her fury manifests in a more subversive way. Instead of bashing you over the head and throwing you directly into the snakepit, her music washes over you like a warm liquid. Several songs have an almost lullaby-like quality to them—including “Tell Nobody” and “Nazi Killer”—contrasting sonically with the nihilistic waves that dominated her EP.

The album begins with her father speaking in Farsi about his role in the Iran-Iraq War, an armed conflict that began in 1980 when Iraq, led by Saddam Hussein and backed by the US, launched airstrikes on its Eastern neighbor. “The moment that he is speaking about is the moment that totally changed everything,” Tehran explains from her home in Stockholm. “It changed his life, and it’s the defining moment that ended up with us being here [in Sweden].”

“He had done two years of service and had packed his stuff and was going back home, but then there was an attack and he got one last order to send the car with all the ammunition to the front line. He was trying to inspire his men to drive the car, and the song starts with his motivational speech to them when he is trying to tell them, ‘death comes when death comes. If you’re going to die, you’ll die at home, and if you’re going to live, you’ll live through these 18 hours.’ But no one would do it, so he ended up driving the car himself and the car was attacked. He was hurt and he almost lost his leg. The explosion put him in this gap between life and death, and he was in this gap for a long time. For weeks he was just waking up and falling back to sleep. It’s something I thought about as this defining moment, it’s the start of the story of why I am here [in Sweden], and also the starting point of what this record is about.” 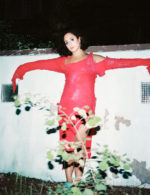 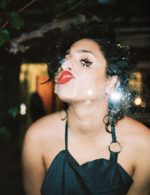 The courage her father relied upon to overcome the events of that day, and which he used to eventually migrate to Sweden and begin a new life, are reflected in Tehran’s own self-awareness. “Growing up listening to his war stories and wondering, ‘What is war and what does it mean? How do you live through a war?’ These are questions I’ve been asking myself since I was a child,” she says. It’s not just a metaphor she applies to her work. Confronting racism, fighting for one’s right to live free of persecution and ensuring everyone has the right to embrace their culture without discrimination are all deeply personal matters for Tehran. They stem from inherited trauma, but also reflect the difficult nature of growing up in a society that whitewashes culture.

“It’s really up to you to figure out your own history, because no one is teaching you,” she says of growing up in Sweden. “I think for the biggest part of my life I was trying to hide or forget about all the things that made me Iranian, or that made me different, like my curly hair or my name. Then as an adult, or later in my teens, I finally found a way to embrace it instead of trying to erase it, and that was life-changing for me.”

It’s why she wrote the song “Refugee” with provocative lines like, “I’m a beauty and a beast / a disease from Middle East,” and “I’m a refugee / you can watch me please your lady,” and why she penned “Nazi Killer,” about an encounter she had with a group of far-right nationalists who were handing out flyers outside her apartment in Stockholm. “It was both very scary and very empowering for me, because I really went at it with them and I called them out,” she says of the violent encounter. “I was screaming in the street and no one was backing me, and then they kind of ran away like scared dogs.” 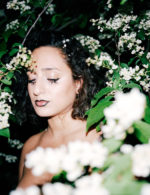 “I was angry out on the street, but when I came back into my home I felt so sad. That’s when I wrote the song,” she says. “It comes from a sad place, it doesn’t come from an angry place. I think it was a new way for me to approach these political questions and my way of activism. You show this tough shell on the outside but nobody sees what it really does to you. That song is written from that feeling. It’s just me being really vulnerable, but also telling it how it is.”

Tehran’s roots in Sweden don’t run very deep: “All I have is my uncle and his wife and their three children,” she says. She’s among the first generation of her family to be born in Sweden. Bringing them into her work, therefore, is more than a symbolic gesture, it’s also a way to celebrate her place among the Persian diaspora.

The photos here were shot in her aunt’s garden, and Tehran says she chose the location because it represents her aunt’s liberation. “My aunt, she used to be married to my uncle, but she divorced him very recently after 33 years of marriage. She finally found the courage to leave him and to liberate herself from a relationship that was hurting her,” Tehran explains. “She is living in the house that they used to live in together, and the reason why she still lives there is because of the garden. It’s her only safe point.”

“It was really nice to do this shoot,” she continues. “We were four women all with our own experiences of liberating ourselves, and we had such nice conversations. I’m so happy that it happened. [My aunt] couldn’t believe that after all this pain, we could portray the garden and what it means [to her].” 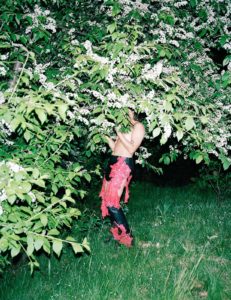 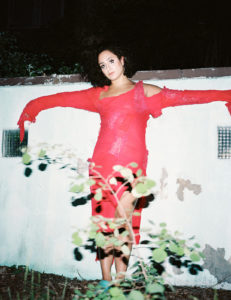 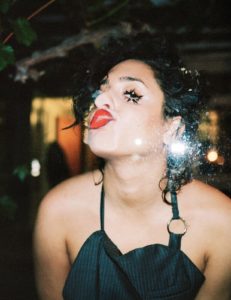 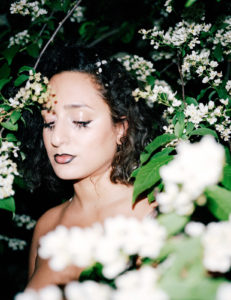