Shannon Taggart and Pam Grossman, host of ‘The Witch Wave’ podcast, discusses the egalitarian spirit of occult practices from around the world.

On March 31, 1848, two teen girls, Kate and Margaret Fox, reported hearing “rappings” inside their Hydesville, NY, home. They believed they made contact with a spirit of a murdered peddler whose body was later found in the house. The Fox sisters quickly became a sensation among their radical Quaker friends, and were soon given a platform to share their experiences at a time when it was still taboo for women to exercise their First Amendment right to speak before an assembly. As fate would have it, on July 19 of the same year, the first women’s rights convention was being held just a few miles away at Seneca Falls. Word has it that “raps” also knocked the very table where Lucretia Mott and Elizabeth Cady Stanton wrote the Declaration of Sentiments.

While newspapers largely ignored the work of early suffragettes, they voraciously covered the new sensation of women publicly sharing their experiences of communion with the dead. These conditions created the perfect storm for the birth of Spiritualism, which provided Americans and Europeans a Western version of ancestor worship. Spiritualism, the belief that the dead exist as non-corporeal spirits and that we have the power to communicate with them, caught on like wildfire during the Civil War, as women lost their husbands, brothers, and children on the battlefield.

Appealing to middle and upper classes, Spiritualism quickly became a seminal force, influencing 19th century art, science, technology, entertainment, politics, and social reform. Few know that President Abraham Lincoln once held séances with senators and cabinet members in the White House or that Victoria Woodhull, the first woman to run for President of the United States, was also a medium. Nobel laureates Pierre and Marie Currie table-tipped while William Butler Yeats used automatic writing in his poetry. But perhaps most fascinating is the convergence of Spiritualism and the Women’s Movement in the town of Lily Dale, New York.

Founded in 1879, Lily Dale is the world’s largest Spiritualist community, a place where leaders like Susan B. Anthony and Margaret Sanger gave talks while suffragette Mary Ann Skidmore’s personal collection begat the library in her name that now holds the world’s largest collection of Spiritualist books. Photographer Shannon Taggart first became interested in Lily Dale after her cousin received a reading revealing a secret about their grandfather’s death that later proved true. Taggart first went to visit in 2001, never imagining a summer photography project would turn into an 18-year project culminating in the publication of Shannon Taggart: Séance (Fulgur Press).

Taggart began the work at a time when Spiritualism was held in disrepute, only to see a major shift in recent years. The 2019 exhibition of mystic and artist Hilma af Klint at the Guggenheim broke records for attendance and catalogue sales, single handedly rewriting the history of modern art. In a time where the environment is on the precipice of collapse, our rights are being repealed, and the abject corruption of the American government is finally being exposed, Spiritualism holds increasing appeal to those fighting against neoliberal hegemony that has placed capitalism above all things. Here Taggart and Pam Grossman, host of “The Witch Wave” podcast and author of Waking the Witch: Reflections on Women, Magic, and Power (Gallery Books) speak about the little-known feminist history of the occult.

Shannon Taggart: There was definitely synchronicity between Spiritualism and feminism. The news of the Fox sisters talking to spirits quickly spread to women gathering at Seneca Falls who were calling for their rights to speak, be heard, be figures in the world, and be considered equal. It was empowering for women to be put on stage at a time when it was very dangerous to do so.

Pam Grossman: Spiritualism gave them a loophole: the spirits were the ones giving them voice. Victoria Woodhull was the first woman to address Congress and she believed the spirits were giving her the words to speak to this room full of men. A lot of Spiritualists were abolitionists and suffragists. If you take the notion that Spiritualism puts forth, that life does continue after death in a form that is disembodied, then notions of gender and race become much more fluid. Whatever body we have on earth is beside the point and therefore we are all truly equal.

Shannon: In the modern, Western academic media culture, we discount the process, but talking to the dead has been part of every culture throughout history. The materialist angle that ‘none of this is real’ is the exception, not the other way around. Even in many parts of the world today, ancestor worship is not questioned.

Pam: It’s such hubris to assume we know everything. With every generation, we learn new things about the universe and science, and we see things people used to believe be disproven. There is so much we don’t know about death, the soul, and the spirit. 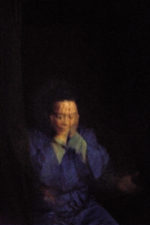 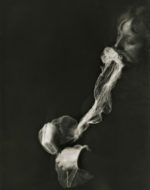 Shannon: Since the Hilma af Klint show, people are very interested in learning about Spiritualism. They are surprised they have never heard of it before. Today, we are in a liminal period and people become more open to different ideas.

Pam: Fourth-wave feminists who identify as witches or use the image of a radical woman as iconography for themselves are often attracted to counterpoints to the patriarchy. There are so many archetypes in the occult that honor the feminine, and alternative spiritual practitioners were often female. Many of the world’s major religions center a male narrative with primarily men leading the service, whereas the occult allows for more balance between genders.

Shannon: Entertainment it is full of spirits and ghosts, magic and ritual—but when you are not presenting this subject as a fiction, people get very nervous. I’m not arguing either way. I am just exploring it. I had to leave my graduate program because it was made clear that they didn’t want to give me my degree if I continued my work, but that was the work I wanted to do. Spiritualism was the first religion to build an iconography using photography, rather than painting. Both Spiritualism and photography give life to the dead.

Pam: Occult ideas have been important to humanity since the beginning of time and will continue to be so. So many things that have a primarily female audience are often either trivialized or sensationalized and that only starts to change when women become the culture and media makers. The more women gain voice and power in society, the more the things that they are interested in gets more credence. History is being reframed and a big part of that is spiritual life. 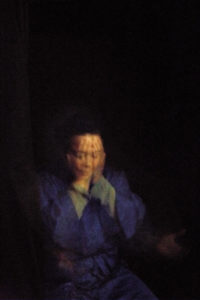 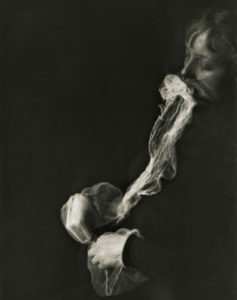 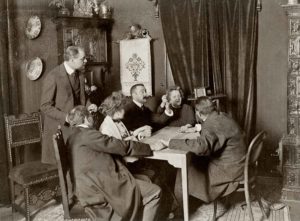 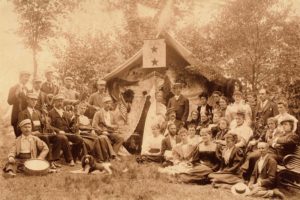 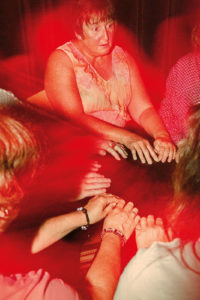 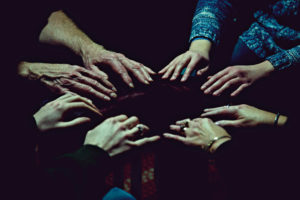 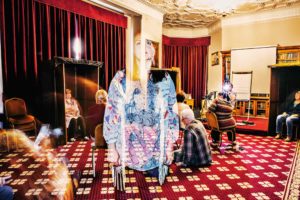 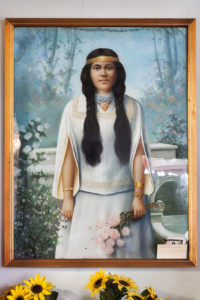 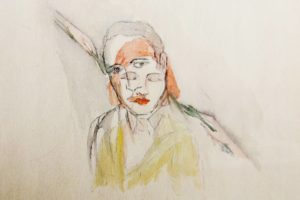