Photographer Frankie Alduino documents the people living and practicing in the tight-knit community.

Cassadaga, Florida, a small town just 50 miles northeast of Walt Disney World, is known to many as “The Psychic Capital of The World.” The spiritualist George Colby traveled from New York to Central Florida in 1864 after receiving a vision from his spirit guide to seek out an area “surrounded by uncommon hills,” and to this day, Cassadaga remains the oldest continuously active religious community in the Southeast United States, comprised of 55 homes on 57 acres.

Unsurprisingly, a “Psychic Capitol” in the middle of rural Florida is met with an unfair share of mockery, fear, and cynical tourists. “Uninformed people talk about the residents practicing witchcraft or worshiping Satan,” says photographer Frankie Alduino. “That was my only context for the town before this project. Either it was a dark place where evil things brewed or it was a kitschy sideshow attraction on your way to Disney.”

Alduino, who was born and raised near the town, recently spent time in Cassadaga, getting to know the Spiritualists who’ve taken up practices there and documenting their work with reverence and honesty. We spoke to Frankie about the folklore of the town, his relationships with the community members who practice there, and how the experience informed his relationship to healing and spiritual knowledge. 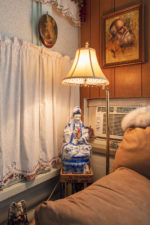 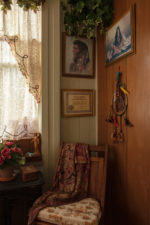 Clara Malley: How did you discover this community? What drew you to shooting there?

Frankie Alduino: I grew up about 45 minutes away from Cassadaga, although photographing this project was the first time I ever visited. The town has a very particular ethos and a lot of superstitious tales that follow its history and influence local folklore. Such as birds refusing to fly over Cassadaga or the Devil’s Chair in the local cemetery, where the Devil himself is said to meet anyone bold enough to take a seat.

Overarchingly, my work explores how people build community, create an idea of home, express their faith, and find themselves in either isolation or connection to where they have laid roots. Cassadaga is a fascinating example of how people gather around one core idea and become interconnected because of it.

Clara: What’s your relationship to astrology, psychics, spirituality? Do you practice any aspect or consider yourself a skeptic?

Frankie: I can’t say I’m much of a skeptic, although the world of Spiritualism was very new to me before I began this project. I had never had a reading of any kind. I grew up Christian, and my thoughts on spirituality still stem from a Christian framework. So it was interesting to learn that a lot of people who originally began practicing Spiritualism came from Catholicism. One of the mediums I photographed told me it was a very easy entrance for Catholics to understand Spiritualism because of the line “the communion of the saints” that’s found in the Apostles’ Creed. It carries on this idea of being in spiritual unity with both the dead and the living.

Of course there were some pieces of Spiritualism that I was unsure of but this had a lot to do with using language or expressing ideas in ways that were new or unfamiliar to me. Ultimately, each and every person I met with had a deep, committed, and active spiritual practice. They sought to bring peace, healing, and unity to those who came to them for readings. They were open and kind and I can’t say I have much skepticism of them at all.

Clara: Were the community members open to your presence there or were they guarded in any way?

Frankie: You know, I think a lot of people find it easy to poke fun at those who live in Cassadaga. It’s a fringe community of people who all say the can communicate with the dead, so I get where the side-eyed glances come from. And, because of this reaction from outsiders, the residents of Cassadaga are a bit more guarded and protective of their image because they don’t want to be mocked. Who could blame them?

However, there were a small number of mediums who were so gracious with their time and vulnerable with their presence. I really can’t thank them enough for taking the time to meet with me and trusting me to portray them in a reverent and honest way.

Clara: Do you have any particularly memorable stories from your interactions with subjects?

Frankie: There was a unique story from each person I photographed. I asked Louis Gates, who is clairvoyant, meaning he sees physical manifestations of spirits, how he came to understand his gifting. He said he would regularly pull over on the side of the road to help out hitchhikers only to realize when he parked his car they weren’t physical people, but spirits. Or Ed Conkin, who is clairsentient, meaning spiritual information is directly downloaded into his knowledge, relayed a story where one particularly forceful spirit tried to inhabit and speak through him during a reading, which, of course, was a pretty frightening experience. It was very interesting to hear that most of the mediums I spoke with began their practice as a way of understanding and controlling their individual giftings and moved to a place of trying to organize and communicate the interactions they were having with the spiritual world.

Clara: Did you get any readings?

Frankie: I had one formal reading from Ed, but all the rest of the mediums were still “on” while I was photographing them. There were different spirits that were revealing information to the mediums as I photographed. During my sitting with Peggy Adkins, she kept receiving images and asking me questions about the images she was seeing. She explained to me that, for her, being a medium is a little bit like playing Mad Gab. She’ll see an image or symbol and try to find the right way to convey the correct message the spirit is trying to send.

I suppose the real question is if I had any impactful spiritual encounters with “the other side”? I can’t say a deceased relative or friend directly attempted to cross over and speak a specific message through a medium for me to receive. However, I did receive messages pinpointing events from my childhood and family history that were strangely accurate. And these readings opened up a whole slew of conversations between me and family members which encouraged examining, processing, and finding some healing from old wounds. And perhaps that’s the larger point here. Not to just speak with the dead but to find paths toward healing and closure.

In a sense, you arrive where you begin when visiting Cassadaga. Over and over again, the mediums I spoke with talked about the relationships they have with those they give readings to. If someone receiving a reading is skeptical and there to prove the spirit world is a hoax, that person will only have eyes to see a hoax. If a person is open, vulnerable, and honest, that person will be able to receive openness, vulnerability, and honesty in return. 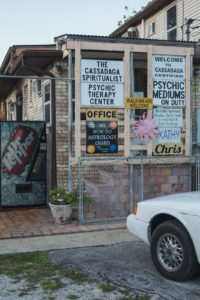 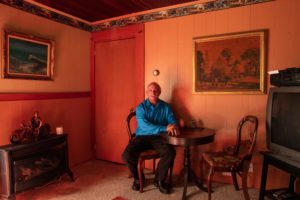 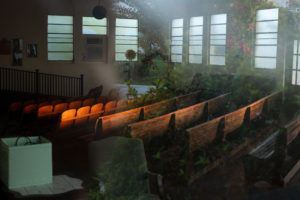 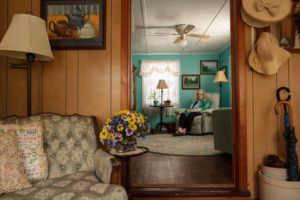 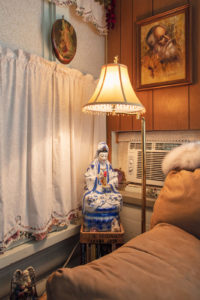 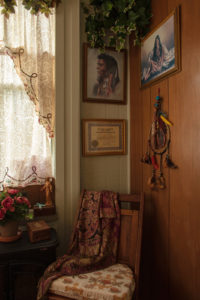 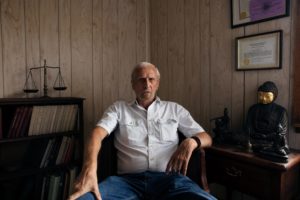 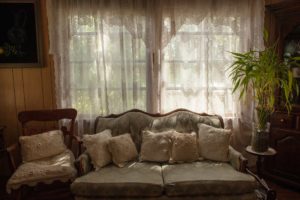 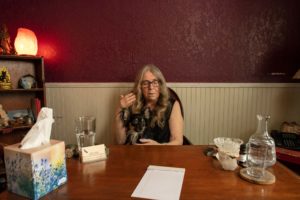 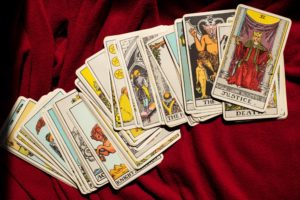 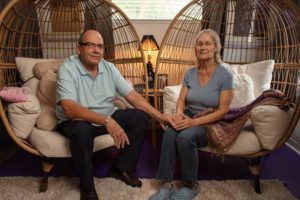 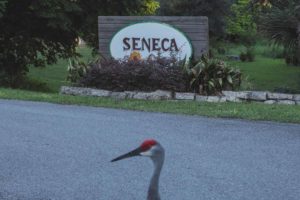 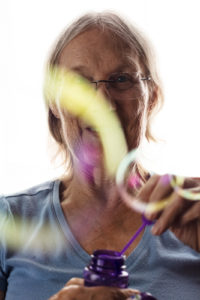 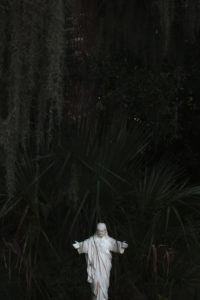