The chef discusses the origins of his band NARX, late night meals at Denny’s, and his people-pleasing tendencies.

The latest update on Danny Bowien, chef behind Mission Chinese Food: he recently catered Pitchfork’s OctFest at Knockdown Center that featured acts like Mogwai, Parquet Courts, and Screaming Females; walked for good friend Sandy Liang’s SS20 collection at New York Fashion Week, baring tattoos in a black work jacket detailed with an impeccable tulle train; and has now hosted three successful Secret Special dinners. The first dinner was in collaboration with model, artist, and activist Richie Shazam and artist Carly Mark; the second with Brrch Florals’s Brittany Asch, designer Sandy Liang, and multidisciplinary artist Nick Atkins; and the third with pop punk band Saves the Day. A fun note: Bowien walked in Sandy Liang’s show just before the second dinner, and in true punk chef form, kept the silver-glitter eyeshadow on all night while he prepared dishes. Eclectic collaborations, especially with those outside of the culinary realm, are his key to success and to keeping things fresh within and outside of the Mission Chinese franchise. 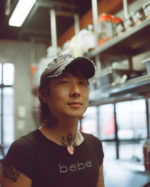 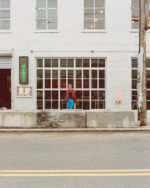 Agnes Bae—Why was it important for you to collaborate with people outside of the culinary world for the Secret Special dinners?

Danny Bowien—I feel like, especially in the food world, it can be a little incestuous. I’ve been doing this for a while now and for me, it’s about creating energy. I wanted to push myself outside my own creative boundaries and work with people that don’t work with food every day. In a lot of ways, it would’ve been easier and more convenient to work with other chefs—and I still work with other chefs like we just did a collaboration with Una Pizza Napoletana—but just because something is convenient doesn’t mean that you’re going to get the most creative results.

When I’m with my friends we’re always curious about what it’s like to be in the respective fields that we’re a part of, whereas when I’m with other chefs we end up talking about the industry and what we like or don’t like about it. I valued that naivete that my friends in other industries brought for this process in particular.

Agnes—What was it like coming up with the menu for each dinner?

Danny—It was much more difficult. It’s kind of like if I went to Chris [frontman of Saves the Day], and we were working on a song together, and I was very specific about a solo I wanted in the progression of that song. It might be something that I want but doesn’t necessarily make sense or is even logistically feasible. For example, Britney Asch from Brrch Florals really wanted some variation of a loaf of bread for her menu; we’ve made our own sourdough Naan at Mission Chinese before, so we compromised with that baked Focaccia. It’s fun because chefs are inherently people-pleasers, so this whole concept really lent creative results, and it forced me to make new compromises that I might have not made working with other chefs.

Agnes—What was the inspiration for the Secret Special dinner series?

Danny—The idea actually came from when I was younger in the Midwest; all of the straight edge kids—I definitely wasn’t straight edge—would go see a show like Saves the Day and then go to Denny’s or something afterward until two in the morning. There was a time when Denny’s did a pop punk collaboration menu with signature dishes on the menu named after bands like Sum 41, Good Charlotte, and Taking Back Sunday. When we were brainstorming about these dinners I kept thinking back to that. It’s super special doing it with Saves the Day, in that way, because it’s like life coming full circle.

Agnes—Can you go into your relationship with Saves the Day a little bit? I know you play drums in your own band with Chris Conley, and there’s that connection there, where and how did this relationship begin?

Danny—The three members of my band are Chris, me, Geoff Rickly from [the band] Thursday. I met Geoff when Mission had just come to New York for the first time in 2012, and funnily enough, I mistook him for Chris Owens from the band Girls. At this location [Bushwick], you can see everyone who’s eating here from the kitchen, but in the original restaurant, people would come in and you’d have this short maybe 20 to 30-second window of interaction and they would go to the back of the restaurant to dine. He invited me to the show that night, and as we were arriving to the venue, I looked around and saw a bunch of people I recognized. Some of them were members from Taking Back Sunday, and I realized Geoff wasn’t who I had initially thought he was. We ended up becoming really good friends because of that night.

At that time, Mission was going through a really rough period. We were being shut down by the health department, and it was on the heels of that that Geoff asked if I wanted to see a friend’s band play, and that was Saves the Day. I was a big fan of them so I was super nervous going into that. Chris and I started to get to know each other, and today we really bond over talking about things like managing expectations and what to do with criticism.

Agnes—Naturally, your band NARX emerged from this three-way friendship. Can you tell us a little bit about how NARX came to be?

Danny—Mission Chinese had just gotten our liquor license at the East Broadway location. Chris was in town, and because we had taken over the space from a previous restaurant, we had all this leftover liquor and weird red wine we couldn’t sell legally. We were just casually talking about music and somehow that turned into, ‘We should start a band.’ I didn’t realize how serious they were so I was just like, ‘Oh yeah, totally.’ But eventually ideas started evolving, and the basic premise for the band is that it’s completely ironic. The name of our band is NARX, and all of our songs are all about getting fucked up and partying, but behind the scenes, none of us actually do that anymore. We played some shows in New York, LA, and Charleston when the Mission cookbook released because I wanted to do something different for that book tour. The shows were absolutely ridiculous but so much fun. We finished recording our first project a while ago, and it should be out soon.

Agnes—Going back to the dinners and Mission Chinese, there’s been some criticism about certain collaborations you’ve done throughout your career. How do you approach criticism now?

Danny—I’d be lying if I said it didn’t affect me at all, but you have to look at it as growth. I kind of look at it like at what point do you stop taking risks and fulfilling creative needs for the sake of safety and convenience? It’s going back to why I wanted to do these dinners with people who had little to no knowledge about the food industry. If you stay within your own bubble, and you don’t cross over, there’s no challenge. You’re only as big as this bubble that’s eventually going to burst. Convenience is the worst thing. It’s exciting and fun to do something where the odds aren’t necessarily in your favor. I think I’m much better at taking criticism now; I understand it’s just a part of it all. 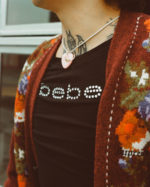 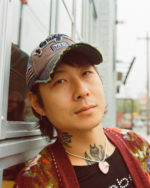 Agnes—There’s definitely an impressive entrepreneurial aspect to everything you’ve accomplished so far; do you have any advice for someone who’s just starting their own business?

Danny—I’m not really inherently business-minded, I have a great team that helps me with all of that. But I would say for what I’ve done, there hasn’t been a roadmap. I mean, there is a roadmap that exists that tells you do this from point A to point B to point C. But I don’t want to do that, and I never have. There are so many amazingly branded, great restaurants, and it’s important to take cues from what they’ve done but also follow what feels right for you. Mission has kind of followed its own path, and if the message can be that you’re going to fall down a lot and make a lot of mistakes but that you’ll pick yourself up and do it all over again—I feel like that’s the most important thing.

Agnes—Where would you like to see Mission Chinese go from here?

Danny—There’s still so much I want to do. I’m particularly obsessed with a good olive oil. The brand we always use at Mission for our own chili oil is called Partanna from Sicily. We’re in the process of a collaboration with them for a Calabrian chili oil that I’m super excited about. This one is kind of ridiculous, but I really want to make food for Korean Air. Korean Air has some of the best airplane food I’ve ever tried, and it doesn’t matter if you’re sitting in business or economy. A collaboration with Shin Ramyun would be amazing too, like a Mission Mala version.

With the restaurant, I’d love to do a faster, ‘to-go’ style Mission Chinese. I grew up eating fast food. With that kind of food, the culture of going somewhere to be seen and to say you’ve been there or to intentionally try certain dishes doesn’t exist. People go, enjoy their food, and leave. Ideally, I want it to be approachable and reachable; I’d like to tap into that part of myself. I don’t think I have it in me at the moment to continue opening 150-seat restaurants. But there was a time when I swore I would never open another location, and here we are in Bushwick so I guess you never know. 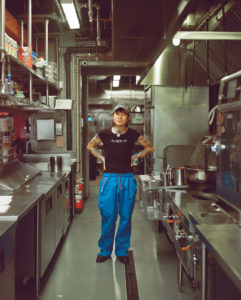 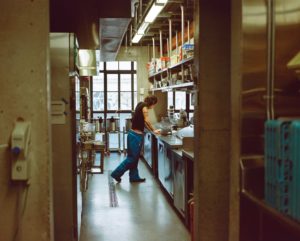 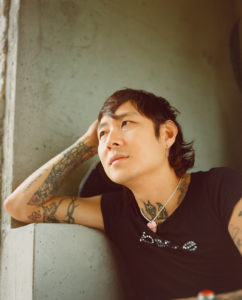 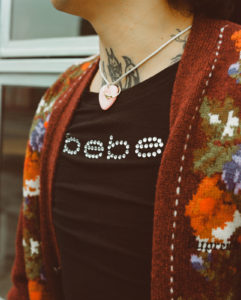 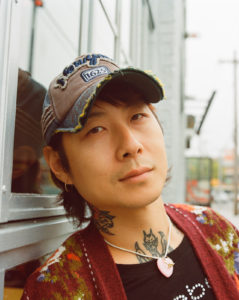 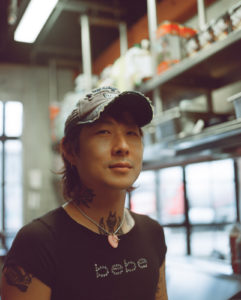 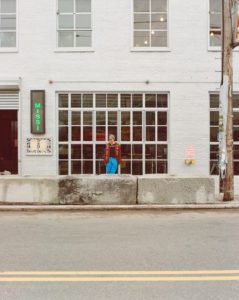 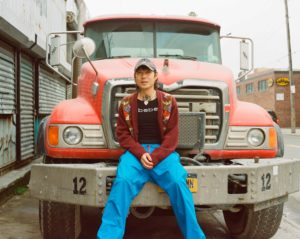 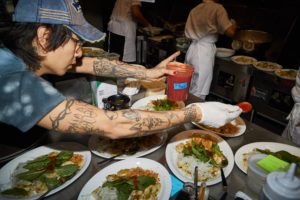 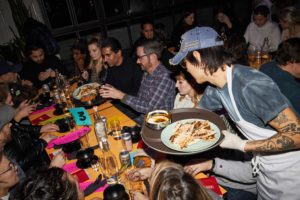 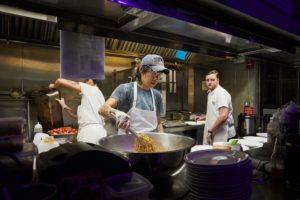 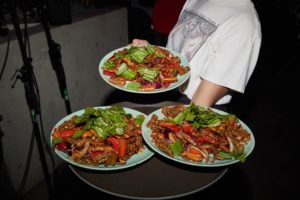 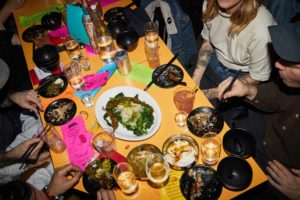 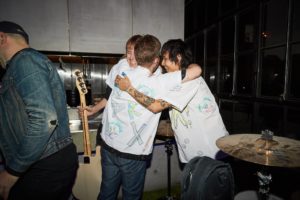