'The Image of Whiteness', a multimedia collection of imagery and interviews released yesterday, examines whiteness and highlights artists who have risen to challenge it.

Daniel C. Blight’s The Image of Whiteness: Contemporary Photography and Racialization, released yesterday, is a gripping multimedia analysis of the vital role of photographs in undergirding racism. The book exposes the often unacknowledged, everyday visuals that prop up a grotesque system of white supremacy. It includes a selection of images that have propagated whiteness and therein upheld white dominance for centuries and engages with those who are already working to overturn this system and their work.

The book begins with an introductory essay, “The Image of Whiteness,” by Daniel C. Blight, preparing the reader to analyze the images that follow by establishing the logical tenants of the book: white supremacy is simply an enhanced expression of whiteness, the lifelong process of decentralizing whiteness is essential, and studying the function of visual whiteness is as good a place as any to start. Blight explains the special role that photographs play in our understanding of whiteness,  “…photography is a medium—a connection between images and imaginations—that helps us to picture whiteness for the set of representational fictions that it is.”

The reader can put Blight’s essay to good use in the following section, “Plates,” which is comprised of images that expose whiteness in combination with the art that has risen to challenge it with contributions by Paul Mpagi Sepuya, Hank Willis Thomas, and Buck Ellison, among others. The images, which make up roughly half of the book, include white women in advertisements, blonde hair on postage stamps, and a plethora of photography, complete with explanations of each.

The remainder of the book is a series of interviews with Blight and five other academics and artists. Blight interviews David Roediger, Yasmin Gunaratnam, Claudia Rankine, Stanley Wolukau-Wanambwa, and George Yancy on the history and continuing function of whiteness and the role of images therin. The texts that bookend the images in “Plates” frame them exquisitely. This is a highly intellectual, emotional, and visually stimulating work that has the potential to uproot readers’ conceptions of whiteness. 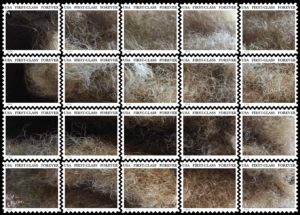 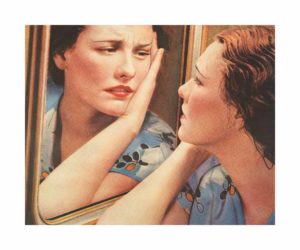 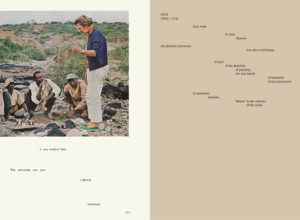