From ‘Joker’ to ‘Taxi Driver,’ ‘cultural critique’ was long used as the justification for onscreen violence by white men. Here are the filmmakers with a fresh take.

The Venice Film Festival inaugurates the best films of the year, from little-known indies to large-scale epics, but it can also be a crucible for controversy. This year, audiences were particularly shocked when Todd Phillips’ Joker took home the Golden Lion—the festival’s highest prize. Billed as a dark superhero story with arthouse appeal, Joker polarized critics after its first premiere; while some called it a masterpiece, others raised concerns about how the film empathized with its serial killer protagonist in an era of mass violence, going so far as to call it “the first incel folk hero.” Over the weekend, after a warning from the FBI and US Military of a possible heightened threat of violence at screenings, Joker arrived in American theaters. Phillips and his fans have questioned why this particular movie has engendered so much controversy, when Hollywood films are already oversaturated with gore; this follows tense discussions earlier this year about Quentin Tarantino’s penchant for outrageous violence as well. Increasingly, filmmakers are using violence to ‘comment on’ society, but to varying levels of success, and often with slim to non-existent investment in nuance. When violence is used as a plot tool, what statement are directors making? And, more importantly, how? Should we assume audiences ‘get it’ when violence is used as a critique of brutality rather than an endorsement of it, and what qualifies as the difference?

What feels most obvious about the history of violence in film is exactly who we’ve allowed to wield and get away with it—as in real life, it tends to be white men. From Westerns to gangster movies and film noirs, the white male vigilante has been heroically slinging guns and pursuing his personal vision of justice for a century; not only have these types of stories been frequent, but they have been formative to how we define cinema as a whole. We exonerate men from Travis Bickle (Taxi Driver) to Bruce Wayne for operating outside of the law—even celebrate them for it—just as real-life white criminals are exonerated, or gently admonished, for committing rapes and mass killings. A good backstory is apparently all that is needed to paper over crimes and make us see that we ‘misunderstood’ the perpetrators. The people that we exalt—and the power they wield—are not innocuous, but quietly incubate a culture in which we continue to see white male aggressors as more innocent than they are.

In the book Real Knockouts: Violent Women in the Movies, Neal King and Martha McCaughey remind us that gender also plays a role in how we read violence on screen. “Depictions of women’s violence seem more horrific to many people, perhaps because we find far fewer of them than we find scenes of male violence,” they write. “Moreover, cultural standards still equate womanhood with kindness and nonviolence, manhood with strength and aggression.” When masculinity and whiteness are held as the ‘neutral’ identities, not only does that make it harder for us to see their faults, but the transgressions of others seem disproportionate and exaggerated. 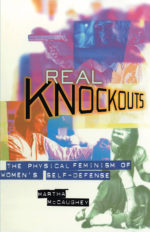 As Hollywood reckons with its exclusionary history, more filmmakers from marginalized identities are challenging this paradigm of violent power. Instead of suggesting that violence should be expunged from the screen, their work reminds us of its real life implications. We’ve seen this at play in the reinvention of horror by a slew of young directors in the last five years, from Jordan Peele’s Get Out to Jennifer Kent’s The Babadook. Horror is a genre quintessentially beloved not in spite of but because of its goriness, a fact that we might chalk up to Freud’s theory of the psyche’s desire to survive trauma. One could even argue that by dwelling in the surreal and hyperbolic, these kinds of genre films desensitize us to the violence they depict; however, the slew of aforementioned filmmakers use over-the-top violence not as fantasy, but to buttress the social reality of their protagonists, making structural violence impossible to ignore.

In Daniel Goldhaber and Isa Mazzei’s film Cam, the filmmakers use guns, blood, and self-harm to underscore the ways in which women’s bodies—especially those of sex workers—can be subjected to harms that often go overlooked by law enforcement or bystanders. In Cam, the heightened depiction of violence is not just used as a plot device, but gives voice to specific kinds of violent treatment that may otherwise not be taken seriously. Similarly, next year will see the release of Candyman, a reboot of the 1992 film, which will use horror to tackle gentrification in Chicago. This exciting new wave of progressive horror is unsettling dominant assumptions about heroism and victimhood, and reminding us that structural violence is very real violence.

The trouble here, however, is the ethical dilemma of reclaiming brutality. When marginalized characters go rogue, does violence act as a tool for resisting domination or recreating it? More specifically, how problematic is it that ‘empowerment’ has to be achieved by first being debased, and then debasing others? A quick Google search for ‘rape revenge film’ offers dozens of examples in which sexual violence is used as a catalyst for a female protagonist to self-actualize—as if the horrific act that she has been subjected to somehow makes her stronger. On one hand, these films depict the horror of rape and acknowledge that pursuing justice through legal channels may not be possible for many survivors, while on the other, they sensationalize acts of violence against women that are deeply traumatic, and offer up catharsis through yet more violence.

1981’s Ms .45 (currently screening at Metrograph in Lower Manhattan) acts less as a typical rape revenge film, and more so as a commentary on revenge as a concept. In a pivotal scene, the protagonist Thena mimics Travis Bickle’s famous “you talking to me?” moment from Taxi Driver; Thana is a low-income disabled woman whose killing spree is prompted by self-defense and sexual trauma, a stark contrast to the story of a white male killer motivated by comparatively vague disillusionments. In this moment, Ms .45 asks us to question whose anger we are allowed to see and who pop culture is more likely to empathize with.

Sexual trauma and revenge also instigate the narrative of Jennifer Kent’s The Nightingale, which recently landed in arthouse theaters around the United States. The Nightingale at first inspired walk-outs from some audience members, who found its multiple graphic rape scenes difficult to watch. In fact, the films opens with not one but two rapes committed by British military officers against the protagonist Clare, an Irish convict in 19th century Tasmania. After she is practically left for dead by the soldiers, Clare teams up with an indigenous tracker named Billy to find the outfit that assaulted her and exact revenge. What appears to be a typically problematic rape revenge story actually evolves into a complicated, multilayered examination of privilege in which violence against women, racism, and colonialism are held up to the light. Kent’s film is hard to watch because she does not shy away from difficult topics, and even comes for Clare’s white privilege in the wake of the Black War (a genocide still not acknowledged by the Australian government). Though Clare faces brutal violence, as a white woman, her pain has historically been considered more sympathetic than the rape and genocide of indigenous people and folks from the Global South. Ultimately, The Nightingale does not just use violence—it is an effective story about violence and how it contours power.

If we want to have more generative conversations about violence in media, we need to consider how a storied history of cinematic brutality intersects with social identity, and with the way that events on screen actually play out in real life. Violence is not neutral, yet we consistently treat white men’s anger as though it is, while the struggles of people of color, women, and LGBTQIA+ folks are pushed to the margins. When films like Get Out, Cam, Ms .45, or The Nightingale take up violence, they give voice to these stories and legitimize suffering that mainstream narratives have obscured.

As filmmakers untangle the complexities of our violent culture, we also have to be willing to do it ourselves, as consumers. Why do we find it funny when a certain character gets punched, or when another is the one doing the punching? Why does some violence make us flinch, while other kinds make us cheer, laugh, or barely notice? How might what we are watching make us feel mistakenly powerful, or make those around us feel small?

Last year, the #metoo movement prompted a reckoning about the intersection of sexual violence on and off screen in Hollywood. Now, as racist, sexist, xenophobic acts of mass violence bloom around the country, the time is long overdue to consider how this might also be true about all forms of endemic violence in American culture and what we chose to believe about them. 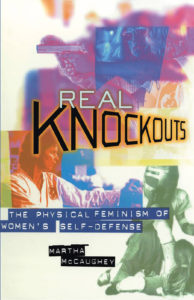 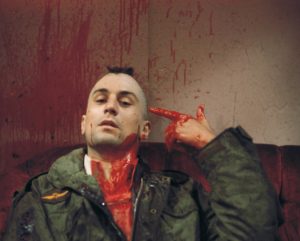