The athletic brand finds a guiding light in Esalen Institute, the birthplace of ʼ60s counterculture and the Human Potential Movement, seeking an investigative and holistic approach to exercise.

Soon after the 2016 election, Silicon Valley CEOs suffering from a “crisis of the soul” descended in droves upon Esalen Institute, the Big Sur spiritual retreat synonymous with ʼ60s counterculture and the Human Potential Movement. In fairness, a good chunk of America was already fasting, biohacking, and microdosing LSD. For the burnout generation, self-actualization is increasingly conflated with self-optimization, while the language of Eastern mindfulness techniques is used as a marketing tool for new apps offering an easy shortcut to enlightenment.

The two runners behind District Vision—Max Vallot and Tom Daly—advocate for a more holistic approach to athleticism. Vallot and Daly launched the brand in New York in 2015 with a line of Keiichi running sunglasses, which Runner’s World called “the first truly cool pair of running eyewear,” and will be worn by marathon runners at the 2020 Tokyo Olympics. District Vision’s latest release is a ‘Radical Retreat’ line, a collaboration with Canada’s Reigning Champ, inspired by the countercultural spirit that fueled the Human Potential Movement in the ʼ60s. The kit was launched in August with a short series of meditation workshops, organized with two conscious athleticism legends who have become close collaborators of District Vision: author and educator Mike Spino, who wrote the rare 1976 running manual Beyond Jogging that was reprinted via District Vision last year, as well as Human Potential Movement O.G. Michael Murphy—co-founder of Esalen and a former student of Spino’s. (While Esalen is usually associated with slow-paced exercises like yoga and nude swimming, in the ʼ60s, Murphy’s sports division offerings were notoriously comprehensive. Apparently he canceled a series of ‘psychic karate’ workshops only because the sound of people screaming was ruining others’ meals.) 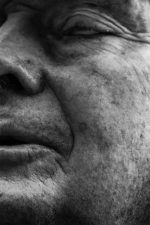 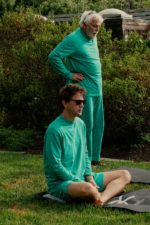 “Esalen was always about learning, not blindly following any one teacher or lineage,” Vallot says, drawing a distinction between group mindfulness workshops and Instagram-era ‘cults’ of wellness. “We feel like this is the healthiest and equally most modern approach.” He’s the first to admit that District Vision is young and its founders are still learning too, welcome humility in a time when spin class instructors are influencers and hypebeast pastors are themselves worshipped like gods. Spino, at 75, still speaks of the incomparable experience of being present with a ‘master’ of meditation—Murphy has been doing it continually for 70 years—but isn’t totally opposed to light experimentation with technological shortcuts to clarity. “The question is if singularly ‘surrendering’ to this acquired, even measured, consciousness will diminish or advance true awareness and if it is detrimental to the wholesome master/student achievements that have gone on for millenniums,” he says. “My advice, especially for beginners, would be to try both forms of reflective practice and continually be seeking your true teacher, then take advantage of their actual presence.”

The big question for many runners, both casual and elite, is whether running itself can be a form of meditation. Vallot and Daly, through District Vision’s Mindful Athlete Program, have spent the last three years trying to find out. “I would argue that running can be a form of meditation if you use the sport as a time to cultivate awareness, but it’s not a meditation in and of itself,” Vallot says of the distinction between mindfulness and catharsis. Murphy’s 1995 book In the Zone: Transcendent Experience in Sports is a collection of case studies evidencing that a psychodynamic approach to athletics—one of extreme discipline and physical suffering—can induce mystical states of consciousness. Spino believes we might have a definitive verdict very soon—specifically, on October 12, when Eliud Kipchoge of Kenya attempts to run a sub-two hour marathon, an event one UK media channel will broadcast on a level comparable to the moon landing.

“The physical demand to run 3 times a day to build up the stamina to make it possible is a feat within itself, however, the mental dynamics that makes the result possible is truly yogic, Spino says. He describes how coach Patrick Sang trains Kipchoge in a Kenyan camp that is “more monastery than training facility.” Spino once visited the camp when the electricity went out and the runners agreed it was better that way. “Kipchoge has said running a fast marathon is 90% mental focus,” he says. “It is observable! When one watches him within the race, there is the appearance of composure without strain and of liberation rather than forced effort. Watching him flying through the streets creates an impression of beautiful expression that is enlightening to the potential of the human spirit. This harmony being observed provides us a joy of our own, the astonishment of mind/body perfection, and lifts one’s own sense of human achievement. This is a definition of inspiration.” 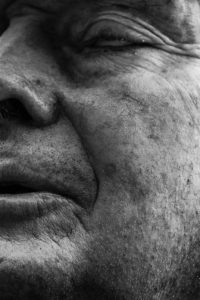 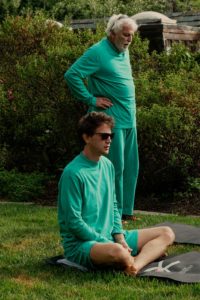 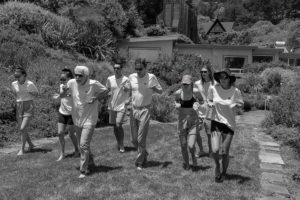 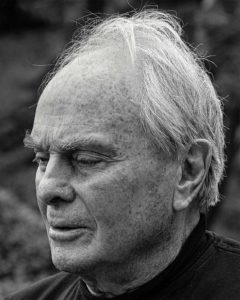 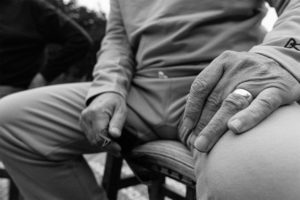 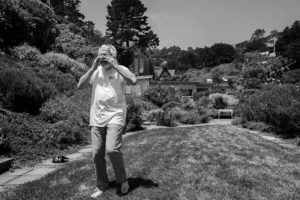