Depending on who you ask, The Real Housewives franchise is either a Shakespearean drama, mindless, easy entertainment, or a ghoulish and depressing depiction of our society’s various failures—the revolting excesses of the very rich, misogyny, plain stupidity. But it doesn’t really matter. People love the stuff. I love the stuff. And so I was thrilled to receive an assignment to attend Real Housewives of Beverly Hills star Kyle Richards’s (of “you stole my goddamn house” fame) debut show at New York Fashion Week. On Sunday, Richards showed a selection of beach-y clothing with her collaborator, the designer Shahida Clayton—the line is appropriately dubbed Kyle + Shahida. The event quickly became the highlight of my fashion week, an hour in time that I shall treasure until my death. Kyle’s Kacey Musgraves-like hair was so long and shiny in person. I loved it. I loved all of it.

Richards and Clayton showed at Pier 59 Studios, a popular fashion week venue on the West Side of Manhattan. From the moment I walked in, the energy felt different than at most fashion shows—as in I plopped down in my seat (which included a very swaggy gift bag with expensive skincare products, quite the flex for Kyle) and the gentleman seated next to me immediately introduced himself to me and shook my hand. This never happens at fashion shows. It was quite refreshing! 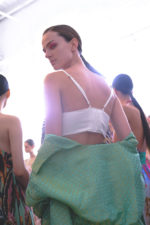 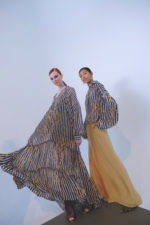 Everyone was just excited to be there. The room was agog with Real Housewives fans, including a number of fashion publicists who likely had to promise their firstborn children to their bosses in order to get the time off to attend. There were whispers that Lisa Rinna’s daughters, the influencers Delilah Belle and Amelia Gray Hamlin, weren’t getting in (they eventually made it, posing for photos while pursing supposedly genetically inherited full lips). The room fell silent as Richards’s nieces Paris Hilton and Nicky Hilton Rothschild strolled in, Paris in a shiny floral suit and Nicky in tasteful toile, the sort of look that screams old money.

And then things got going. Models began strutting down the runway in brightly patterned separates. The audience, which included America’s Next Top Model’s Jay Alexander, PAPER magazine’s Mickey Boardman, and Fern Mallis, who angrily shouted at a woman to uncross her legs (standard practice for industry insiders, but still) looked pleased. But then: the Housewives arrived. Richards enlisted castmates Denise Richards, Erika Jayne, Dorit Kelmsley, Teddi Mellencamp, and Lisa Rinna to walk the show. And the crowd lost it.

Oh, it was so fun. Denise, clad in a tight lace bodysuit, jeans, and a caftan, looked so happy, and even gave new castmate Garcelle Beauvais a high five as she turned a corner. Jayne, a fan favorite, was greeted with high-pitched screams. Lisa Rinna looked stunning in a slinky black swimsuit under a caftan. She walked with such confidence, the kind you can’t buy. She even did a sexy little dance at the end. The publicist I was seated across from put his hand over his heart at the sight of her, overcome with pure, gorgeous emotion.

But the show really hit its climax for my polite seatmate and I when The Morally Corrupt Faye Resnick hit the runway. Resnick, who was Nicole Brown Simpson’s best friend and originally rose to fame as a witness in the O.J. Simpson murder trial, is a Real Housewives legend, a lynchpin for one of the franchise’s top five greatest episodes: “The Dinner Party From Hell.” During a disastrous dinner party, which featured a vaping psychic and arguments about which Housewife Playboy spread was sluttier, Camille Grammar dubbed Resnick (an official “friend of the Housewives,” AKA a recurring guest star) “The Morally Corrupt Faye Resnick,” an indelible moniker that I whispered to myself as she glided past me. She smiled at me. My seatmate and I clutched hands. “This,” he said earnestly, “is easily the greatest moment of my life.”

Backstage, I spoke briefly with Richards, who was happily greeting friends and family. Richards said that she decided that she wanted to start a line after closing her boutiques, called Kyle and Alene Too (as a name, Kyle + Shahida seems more respectful to her partner’s contributions).

“I’ve been a fan of [Clayton] for so many years,” said Richards. “So I was so excited to partner with her. She’s very talented.”

Richards asked her castmates to support her by walking in the show, saying she thought it would “make a big splash.” She was correct. Her eldest daughters also walked, looking terrified (“they were terrified,” Richards asserted). 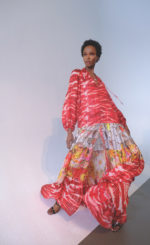 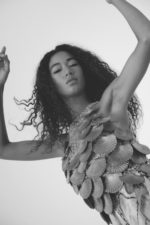 “They were nervous,” Richards said of her fellow Housewives. “But they wanted to support me.”

I understand that I am supposed to make fun of this event. The clothes are gaudy. They are not something anyone in the downtown fashion and art world would ever wear. But they looked well-made, and there is a market for them: women in Southern California and Florida will love the garments, which are designed to make them feel happy and sexy. And the Housewives looked so beautiful on the runway, so very thrilled.

“I feel that, based on my followers, my audience is everyone from older women to younger women to men,” said Richards. “The clothes are really for everyone.”

Last January, it was my great honor and privilege to have a margarita with Erika Jayne, who is the single most magnetic person I have ever met. She understands harsh critiques of the Housewives franchise, and told me it wasn’t easy to be on the show. But she did elucidate one positive.

“Housewives has shone a light on women of middle age, that you’re not out of the game, you’re not old, you’re not put out to pasture … you’re lively, you’re doing things, you’re aggressive, you’re making money, you’re recreating yourself,” she told me. “That’s what I think you can take away from the Housewives. That’s the positive side of Housewives.”

“And that,” she concluded, “is why you put up with the bullshit.” 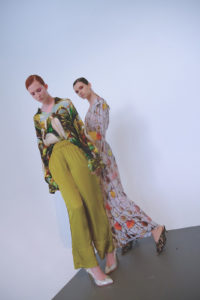 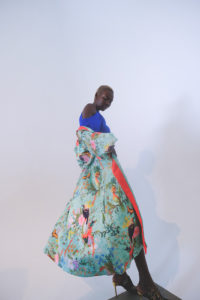 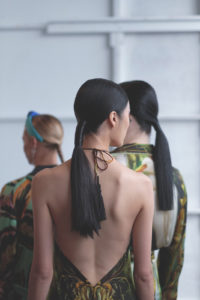 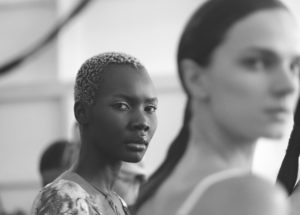 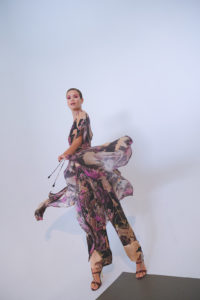 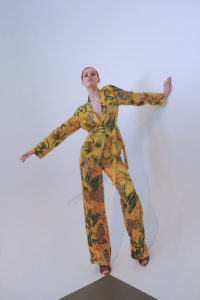 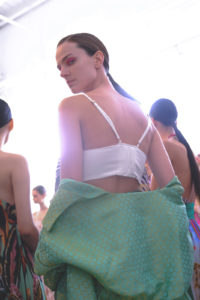 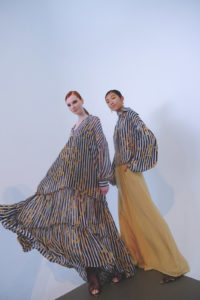 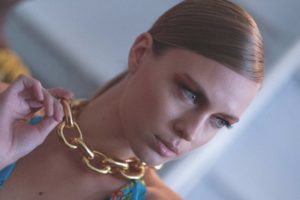 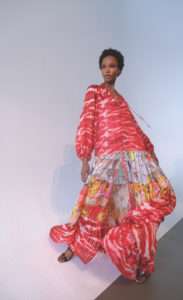 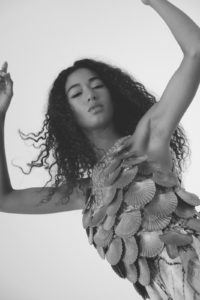