Ahead of the February 2020 exhibition 'Countryside: The Future' patrons gathered for a panel on sustainability and youth resistance.

With persisting political and social concerns about climate change, friends and family of the Guggenheim gathered this past Sunday for a panel discussion on sustainability. Document attended the panel, observing the conversation which served as a preface for the February 2020 opening of Countryside: The Future, an exhibition curated by the architectural firm OMA. The panel featured Sigrid Kaag (Minister for Foreign Trade and Development Cooperation of the Netherlands), Louise O. Fresco (President Executive Board Wageningen University & Research), and Rem Koolhaas (Founding Partner, OMA). Moderated by the Guggenheim’s Head Curator of Architecture and Digital Initiatives Troy Therrien, the conversation flowed from discourse about the effects of human actions and viable solutions to the resistance efforts of youth today.

“Cities are a function of agricultural success,” Minister Kaag said. As urban environments represent less than 2% of the Earth’s land surface, Countryside: The Future documents the neglect of rural areas through industrialization and the idealized glamour of urban living. Centering the conversation around the idea of “Cartesianism” (the notion that in order for cities to thrive, the countryside has to operate in an increasingly productive, systematic manner), Minister Kaag, Louise Fresco, and Rem Koolhaas spoke to their individual efforts towards sustainability within their respective realms of work.

In town for the recent UN Climate Action Summit, Minister Kaag brought her political background to the discussion of climate change. Referencing the research, projects, and discussions around the issue of global warming, Kaag says these efforts speak to the imagination of many more than just those working on the solutions. “If you can bring people along, through the research and exhibition in a creative way, it will include people. They’ll say, ‘This is my future, this is the future of my children.’ This is a way to do it, compelling and attractive. Interact, engage, debate, and make informed choices.”

As a researcher, Louise Fresco is driven by the facts and sociological impact of climate change issues. “The point is not to only claim if there are accurate facts or if there are no facts, but to leave room for the mass. Science is the best way to organize our doubts. It brings an imaginary horizon. If science is about anything, it’s about thinking of the unthinkable, it’s expanding. I want everybody, especially young people, to be excited about all the possibilities we have today. How will we shape our future?”

“Intentions are shaped by expectations,” Koolhaas said. As a founding partner of OMA, Koolhaas’ architectural, design-centered perspective has resulted in a comprehensive understanding of the vast number of issues and solutions that exist within climate change. “I think yes, there is a degree of expectation towards change, but it’s definitely not the only concern, it’s the driving one. It’s an issue that is much more diverse. It’s important that we don’t narrow our entire field of vision to a single issue.”

More than any city, the vast rural territories of the world have become the frontier of environmental transformation. Countryside: The Future “will explore artificial intelligence and automation, the effects of genetic experimentation, political radicalization, mass and micro migration, large-scale territorial management, human-animal ecosystems, subsidies and tax incentives, the impact of the digital on the physical world, and other developments that are altering landscapes across the globe.” OMA’s exhibition will occupy the entire museum for six full months, featuring 15 situations around the world in which dramatic transformations have undergone in the countryside. This is the first time a New York City art museum will organize an exhibition that is not about art, but rather, is a presentation of societal issues within scientific, sociological, and political realms. Understanding and educating on climate change through research, projects, and discussion bridges the fear of the unknown, provides comfort, and builds confidence. “It’s a huge opportunity that invites us to engage, think, and work very differently, both politically and socially,” said Kaag. Koolhaas echoed, “We are condemned to democracy, so it better work.” 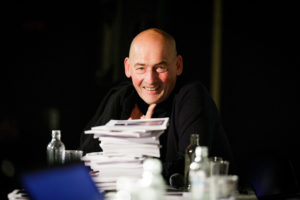 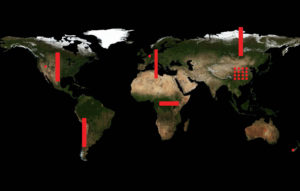 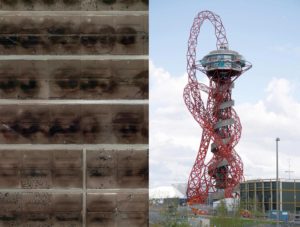