Artist Peter Schlesinger's photographs document an extraordinary life that intersected with some of the brightest names in the worlds of art, fashion, and society. Here, Schlesinger revisits his time in London in the 70s with longtime friend Manolo Blahnik.

Schlesinger’s remarkable journey began in 1966 when as an 18-year-old student at UCLA, he met the artist David Hockney. The two moved to London where Schlesinger was introduced to the city’s fashionable bohemian society. There, Schlesinger met and photographed some of the great personalities of the day including Cecil Beaton, Paloma Picasso, Grace Coddington, Tina Chow, Christopher Isherwood, and Manolo Blahnik–to name just a few. Here, Schlesinger shares an exclusive preview of some of his never before seen photos.

Manolo Blahnik—Those years, in the 70s, that you see in your pictures were the best years of my life, and London was the best place in the world. Still, it’s very difficult for me to explain how we were exactly.

Peter Schlesinger—It was a time when everyone was young in London and it was very easy to live cheaply there.

Manolo—Cheaply? It didn’t cost anything at all! Everything was happening, and nothing was ever planned. Five minutes before, we would say, “Let’s go to a party,” and get dressed up. Everything was spontaneous. The way we worked too, everything was done like that, without thinking about money at all. The pictures explain quite well this moment because everything was like that—a moment— and everybody was taking pictures or Polaroids. Nowadays, it’s not as exciting because everyone has become a photographer. I recently went to the Horst exhibition at the Victoria and Albert Museum. I saw the pictures and thought, “My god, this man is doing the research, the lighting, the models.” Maybe I’m too old fashioned, but cannot understand what people see in new pictures today. I like spontaneity, but maybe everybody has been ruined by too much information?

Peter—With everything going online, it makes people more self conscious about everything.

Manolo—Tell me more about the pictures.

Manolo—He was most beautiful young man in London.

Manolo—I saw everybody. I didn’t have one “set”— I went everywhere.

Peter—I remember the Porchester Hall. We used to go to the drag balls there.

Peter—We all mingled with each other. That’s what London was. There weren’t any boundaries.

Manolo—I never had a moment of boredom. You know, I never get bored anyway. But at the time, I really didn’t have one second to be bored.

Peter—We were very busy. Manolo and I lived in the same building. Manolo was upstairs, and I was downstairs. And people would just come in and say, “Let’s go to such and such a place..”

Manolo—I was living with you, practically! It was a different time. I hadn’t much luck yet, and nd Eric was still an illustrator. But I had all those photographers like Norman Parkinson bring people to my flat because it had daylight. Remember?

“With everything going online, it makes people more self-conscious about everything.”

Peter—Yes, I have pictures. We lived in the same building for five years.

Peter—No, because I left London in 1978. It was five years, and I was on the second floor.

Peter—Violette Windham lived around the corner.

Manolo—When we went to tea with Violet Wyndham and Isobel Strachey, how wonderful it was. We are the last generation to have known these people. It was so unpretentious! Can you imagine? Having everyone for dinner at my house, because I thought it was funny, or because it was odd looking and unexpected. And Peter’s apartment—the same thing. We had all those “historical figures” visiting us. It was an extraordinary time. I wish I could convey much better, what I felt like at the time [laughs].

Peter—Well, I think it was freer, because different worlds could mix all up together. There were no boundaries that hemmed us in.

Manolo—There weren’t any boundaries, social or otherwise. And I think it started in a funny, strange way with all those kinds: Antonioni coming to London to film Blow Up and Bailey being the figure of notoriety. That’s what I remember.

Manolo—Oh, no. I don’t think so. Are you kidding? People are scared to just show any kind of thing. I don’t understand why. It was different then—part of an era.

Peter—It was the old English society, and then there were all the young rock stars.

Peter Schlesinger was published November 2015 by Damiani, and distributed by D.A.P. Special Thanks to Alberto Ruiz, Louis Colabella, and Alex Galan. 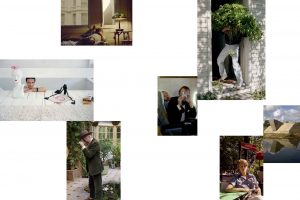 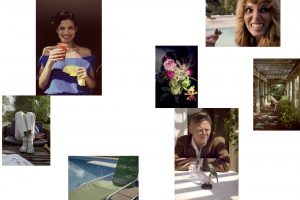 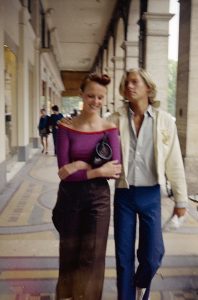