The avant-garde artist known for his bloody, subversive performances schools us on Genesis P-Orridge, Mother Theresa, and ‘the solar anus.’

Document’s contributors are compiling summer reading lists with a twist. We’re asking writers, authors, artists, scholars for their old favorites and anticipated releases. This week, avant-garde performance artist Ron Athey curated books for end times: think UFOs, the Rapture, death drive. Journey into the world of sex magic and biblical monsters: where the phallus is dead and Jesus is female.

Here to Go: Planet R-101, by Brion Gysin
“Brion says that we are here to go. The future, if there is a future, is in space,” says William Burroughs in preface.

“Man is a bad animal, maybe the only bad animal.”

In Advance of the Landing: Folk Concepts of Outer Space by Douglas Curran
Mother Theresa giving a talk from a landing pad built for UFOs, the Unarians and their enlightened space brothers, [and] George van Tassel’s Integratron built as a healing machine. 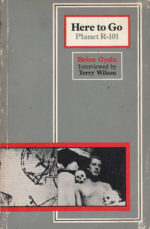 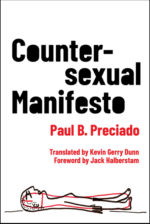 No Future: Queer Theory and the Death Drive by Lee Edelman
Two-thousand Jacques Lacan quotations and a hijacking into Alfred Hitchcock movies aside, the evolved question for homos not having gaybies is: If we are not here for reproductive futurity, what are we?

Countersexual Manifesto by Paul B. Preciado
Ok, yes, my “solar anus” nod to Pierre Molinier is here for the dildotronics, but the idea of the phallus is dead—long live the phallus was overdue. The performance contract is genius. 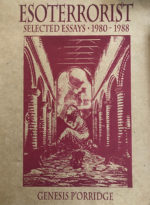 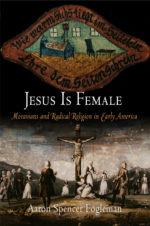 Esoterrorist: Selected Essays 1980-1988 by Genesis P-Orridge
With lots of inspiration from Gysin and Burroughs, these essays continue where the journal of Acéphale left off. Setting up the archetypes as living actualities, the enemy is a dreamless sleep.

Illuminating The End of Time: The Getty Apocalypse Manuscript by Nigel J. Morgan
13th-century end of world drama taken from the final book of the Christian bible, Revelations. I have a life-long love for these monsters and have perused the actual manuscripts these come from at the Getty Center. 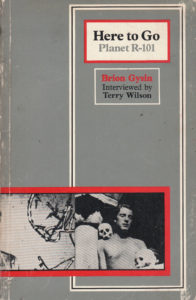 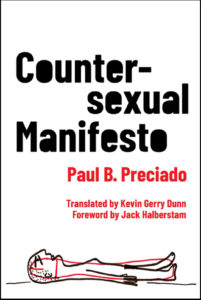 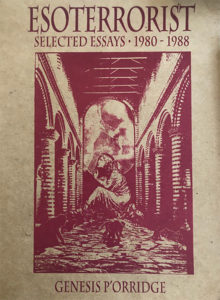 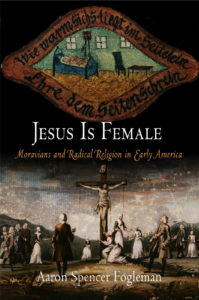