Takashi Murakami, Tschabalala Self, Matthew Williams, and more tell the stories behind this coming-of-age playlist.

Document No. 14 contributors shared their stories of songs that defined their adolescence:

Bob Morris “Success” by Dan Hicks and His Hot Licks.
“This San Francisco hipster band was heavy on fiddles, bluegrass inflections, and sarcasm. One song, the lilting ‘Success’ compelled me to move the needle back on the album again and again. It was lush, romantic, and aspirational in just the way an ambitious, closeted kid without a clear path into a bohemian future needed to hear. When I play it today on a treasured CD in my car and sing in a foolishly loud baritone, it blasts away years of defeat.”

Slava Mogutin “First We Take Manhattan” by Leonard Cohen
“This was one of my teenage anthems. I used to listen to it when I first moved to Moscow at the age of 14. I was in a rock band and finding my way as a poet and journalist. The song’s lyrics and Cohen’s voice resonated with me and my creative ambitions: ‘First we take Manhattan, then we take Berlin.’ It turned out to be a great premonition.”

Cecilia Alemani “Susanna” by Vasco Rossi
“Vasco Rossi was my favorite Italian singer, and this is one of the most cheerful songs from my childhood.”

Danielle Neu “Maybe Not” by Cat Power
“It always transports me back to my 15 year-old body. A close friend used to strum the song for me on an acoustic guitar, and it felt like a call for freedom.” 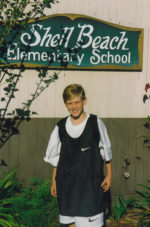 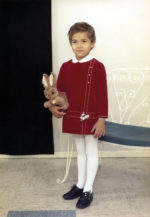 Tschabalala Self “Happily Ever After” by Case
“I remember listening to this song in my older sister Cetta’s room during the summer when she was out with friends. Cetta was the most glamorous person I knew as a child. I would go through her CDs, try on her Enyce clothes, her lipstick, and her jeans. For me at that age, ‘Happily Ever After’ by Case described a fairy tale-esque future of love and romance, the kind of love I hoped to experience when I was grown, and as glamorous and beautiful as Cetta.”

Jena Friedman “When I Come Around” by Green Day. It takes me right back to middle school, and I think it pairs particularly well with this photo.”

Thomas Lohr “Illmatic” by Nas
“This image was taken late in the summer of 1994 when I was 14. I had just shaved my dreadlocks off, so my face was much more tanned than the rest of my head. The most significant act that defined my youth was probably Nas. Growing up in the German countryside without internet, I had never heard anything like it. I still listen to it a lot.”

Nathaniel Rich “100%” by Sonic Youth
“The adolescent pictured here had never been to an unsupervised teenage party with skateboarders, hipster girls, and rock bands, but after I saw Sonic Youth’s video for this song on MTV’s 120 Minutes, I promised myself that I would pick up guitar, skateboarding, and maybe even try to talk to girls. In the years that followed, I made good on one of those promises: I learned, just barely, how to play guitar.”

Karl Templer “Rebel Without a Pause” by Public Enemy. “This track epitomized the soundtrack of the summer of 1987 and an attitude that I wanted to be part of. The sound was totally new and immediately anthem-like. It reminds me of many clubs and warehouse parties in London.”

Alice Goddard “Up the Bracket” by The Libertines
This song reminds me of going out with my friends for the first time on Charring Cross Road and Holloway when I was 14. We are all still friends, and we still listen to this.

Sita Abellán “Believe” by Cher
“Cher’s ‘Believe’ reminds me of when I was very, very little in the ‘90s—it gives me the essence of what I was like living as a kid in those years. It brings me a little melancholy for some reason that I can’t even begin to explain.”

Sasha Bonét “Sittin’ Up in My Room” by Brandy
“I would take the Waiting to Exhale soundtrack CD and play Brandy’s ‘Sittin’ Up in my Room’ on loop for hours, transcribing the lyrics in my journal while my mom shouted from across the house that I better not scratch her record. It was the contemporary equivalent of Virginia Woolf’s A Room of My Own, representing independence and solitude as I was coming of age as a girl in Texas. Today, my comprehension of the significance of both that film and the scoring is much clearer, but at the root, it has always served as liberation music against the patriarchy, even if I didn’t realize it then.”

Ming Smith “The Creator Has a Master Plan” by Pharoah Sanders
“Me, my sister, and Warren—one of our hip New Yorker friends—used to sing ‘The Creator Has a Master Plan’ and John Coltrane’s ‘Love Supreme’ while we’d walk around Howard University’s campus in Washington, D.C. We were 17. Warren and my sister have both passed away. Thanks for reminding me of this time that’s close to my heart.” 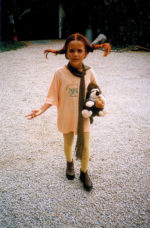 Ron Athey “Suicide Ocean” by Lydia Lunch
“I’ve said that Lydia’s ‘Suicide Ocean’ saved my life more than once. Every song on this album 13.13 is mega, but this track is perfect for a death-rock moment.”

Lucy Gallun “Do you Want More?!!!??!” by The Roots
“This album was released in 1995, when I was in seventh grade. Its title track is emphatically declared from a Philadelphia-centric perspective. At that age, figuring out myself (an ongoing process), it felt essential and immediate to find some personal connection. I loved hearing my own neighborhood name-checked with pride and enthusiasm: ‘G-Town in the house, y’all (Do you want more?!!??!)’”

Takashi Murakami “Thunderbirds (Main Theme)” by Barry Gray
“The theme music from Thunderbirds, the TV Supermarionation series. Back then, Ultraman dominated Japanese TV as a sci-fi series, but Gerry and Sylvia Anderson’s Thunderbirds, one of the elegant-seeming British special effect series, even had orchestrated music and seemed extremely sophisticated, so I was very impressed. I’m the older one, around 7, and the younger one is my brother Yuji, around 4. Behind us is a corrugated iron shack my father built by hand.

Matthew Williams “Rocket” by Primitive Radio Gods. It reminds me of when I was growing up in California. The sunshine, the beach, the smell of the ocean, and driving.” 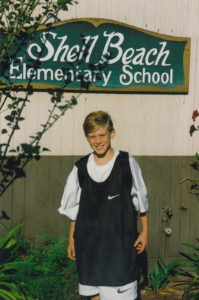 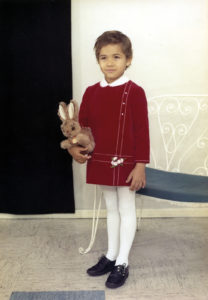 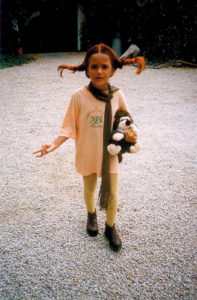 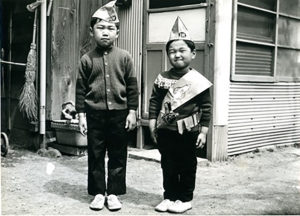 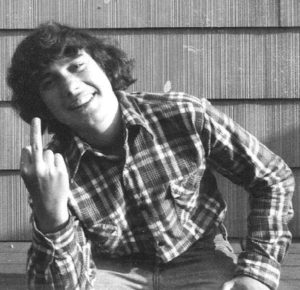