The Salvatore Ferragamo men’s Spring 2020 show that kicked off Pitti Uomo presented a series of firsts. It served as the debut of creative director Paul Andrew, who was appointed as the head of both the men’s and women’s collections in February, and it was also the first time a fashion show has been allowed in the monumental Piazza della Signoria, a central location for Florentine political life since the 14th century. There stands the Palazzo Vecchio, the city’s storied town hall first conceived in 1299, where models emerged from the palace doors surrounded by a copy of Michaelangelo’s David, Ammannati’s The Nettuno, and Giambologna’s Duke Cosimo I.

Andrew worked with Ferragamo men’s designer Guillaume Meilland to create the collection, which eschewed the hoodies and graphic t-shirts popular in menswear, leaning towards a more refined look with relaxed Italian tailoring and buttery leather pieces. Meilland and Andrew combined the craftsmanship of Ferragamo’s heritage with modern touches. Ferragamo’s iconic tramezza shoes were reworked with a sneaker sole, espadrilles got a thicker, clunkier bottom, and a 1951 shoe from the archive was reinterpreted as a Japanese-inspired sandal and suede sock. Leather trousers were paired with ribbed shirts and tight muscle tees, and a softer version of the motorcycle jacket gave it a more elevated effect. Windbreakers got a cinched detailing at the collar, and workwear-inspired jumpsuits became more tailored. 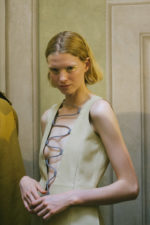 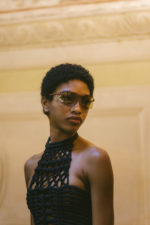 The womenswear in the show had a bohemian vibe to it, with several crocheted shift dresses, and a crocheted halter top styled with leather pants. Ferragamo’s Italian legacy and patronage was also incorporated into the collection through prints on billowy jumpsuits and shirts featuring imagery of statues of Florence’s famed 16th-century Neptune Fountain, which Ferragamo funded the restoration of.

A diverse casting across ethnicities and generations served as one of the show’s strong points. The event also had a turn of starpower: Actor Josh Lucas, Sotheby’s European chairman Michael Berger-Sandhofer, and legendary graphic designer Peter Saville all made an appearance. Model and actor Hero Fiennes-Tiffin, the nephew of Ralph Fiennes and the face of Ferragamo, closed the show. 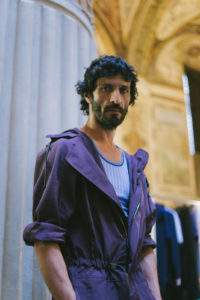 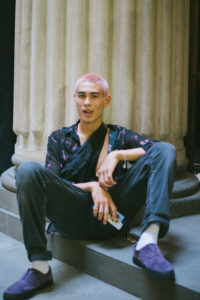 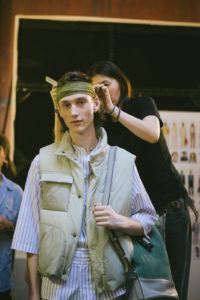 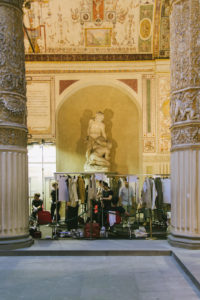 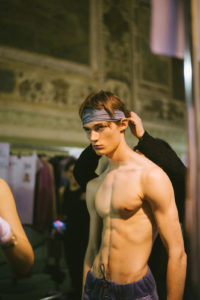 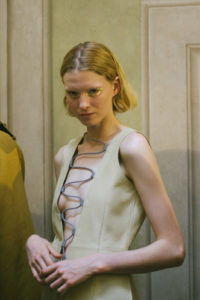 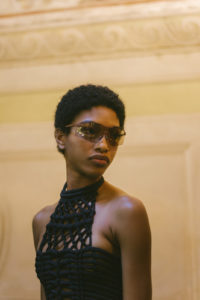 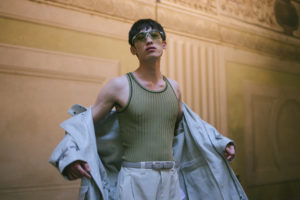 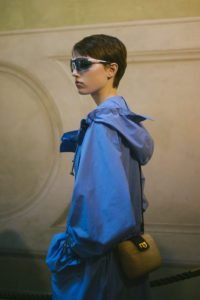 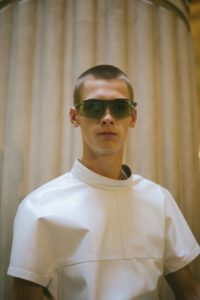 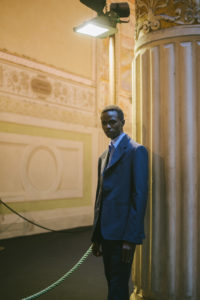 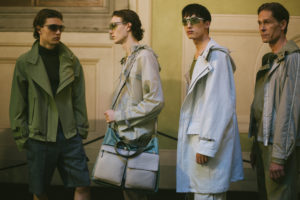 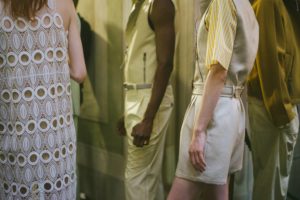 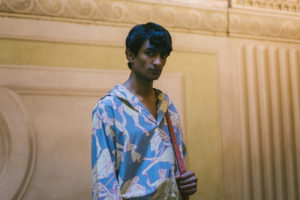 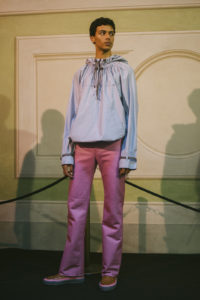