While international laws attempt to keep the occupation of space peaceful, many countries seek to find loopholes.

This article appears in Document No. 14, available for order online now.

On July 20, space enthusiasts around the world will celebrate the 50th anniversary of NASA’s Apollo 11 moon landing. That famous step Neil Armstrong took onto the lunar surface is etched in the American imagination as the pinnacle feat of the space race and the dawn of a new era of human exploration.

Because the 1960s were capped off by this epic space high, it’s easy to overlook the fact that the decade began with widespread and valid fears about the perils of space flight. As late as 1962, the Soviet Union and the United States were sabre-rattling by detonating nuclear weapons in space, raising the specter of devastating missile strikes from orbit. These imminent dangers were so obvious that the United States and the Soviet Union felt compelled to come to the negotiating table.

Even as Cold War tensions flared, the rivals, along with the United Kingdom, cosigned the Outer Space Treaty (O.S.T.) of 1967, the crown jewel of all international space law. The O.S.T. outlawed weapons of mass destruction in space, prohibited national appropriation of celestial bodies, and asserted that “exploration and use of outer space shall be carried out for the benefit and in the interests of all countries and shall be the province of all mankind.”

For more than 50 years, this ideal of space flight as a (relatively) peaceful and inclusive endeavor has proven resilient, and as of 2019, more than 100 nations are party to the treaty. But the O.S.T., and the agreements that followed it, faces new challenges in the 21st century that could affect the lives of everyone on our planet. “The treaties are good documents but they set up principles,” said Henry Hertzfeld, a research professor at the Space Policy Institute at George Washington University. “They don’t get that specific. There are a lot of voids that are not clearly delineated in the treaties that will be resolved by national interpretations, which will vary.”

For instance, just because weapons of mass destruction are outlawed in space does not mean that every object cleared for launch is benign. Practically any satellite could have a malevolent purpose due to the nature of “dual use” technologies—devices that can be deployed for both peaceful and military purposes.

“We don’t have a definition of what a weapon is in space,” Hertzfeld said. “A civilian satellite can be used that way. One satellite can come close to another, or change its orbit with gravitational force. A weapon in space is not necessarily going up there and shooting at something.”

There are completely innocent reasons for a satellite to approach another spacecraft in orbit or to dock with it. Orbital rendezvous technologies are being developed to help refuel or repair working spacecraft and deorbit them at the end of their lifetimes to declutter space.

“Because the 1960s were capped off by this epic space high, it’s easy to overlook the fact that the decade began with widespread and valid fears about the perils of space flight.”

But spacecraft could also tamper or destroy satellites they intercept. In the absolute worst-case scenarios, anti-satellite (ASAT) weapons could perform “kinetic kills” on other spacecraft by intentionally colliding with them. In addition to satellite-on-satellite violence, missiles could be launched from the ground to obliterate objects in orbit.

Such a hypothetical attack would not only damage its main target, it could also unleash a torrent of dangerous debris in orbit that could threaten other spacecraft.

“While the movie Gravity vastly overplayed the debris problem of destroying one spacecraft, the phenomena is a real worry,” said Theresa Hitchens, who is a senior research associate at the Center for International and Security Studies at University of Maryland, as well as the former director of the United Nations Institute for Disarmament Research (UNIDIR) in Geneva, Switzerland.

“Debris creates more debris,” she added. “This would be terrible for everyone, all over the world, given that modern society relies on satellites for everything from weather prediction to banking.”

ASAT attacks are not a hypothetical threat. In 2007, China tested out its capabilities by annihilating one of its own weather satellites with a ground missile. The shattered satellite created more space debris than any other known event—3,000 pieces of trackable debris and an estimated 150,000 small particles were spilled into its polar orbit.

China’s ASAT test created worldwide backlash, which has proved to be a good deterrent for any other nation looking to flex its destructive abilities in space. Still, there is a pernicious ASAT arms race developing between the United States, China, and Russia, which could eventually extend to other nations and groups.

“You can’t rule out the possibility that a rogue nation could do something,” Hertzfeld said. “You just hope that they recognize that if they do, in the long run, it’s not to their advantage either, because it may destroy their ability to do something in space.”

For this reason, Hertzfeld doubts that space warfare will follow the pop culture image of spaceships blasting lasers and torpedoes at each other. “We’re not going to fight a war in space,” he said. “We may fight a war terrestrially, but that doesn’t mean space assets won’t be involved if they have strategic capabilities.”

To that point, there is already a range of troubling but creative ways for people on Earth to mess with space assets, such as radio jammers, laser flashes, and cyberattacks. Radio jammers flood satellite receivers with signals, blocking communication flows. Just last year, “Because the 1960s were capped off by [the Moon landing], it’s easy to overlook the fact that the decade began with widespread and valid fears about the perils of space flight.” Finland and Norway reported airspace interruptions in Global Positioning System (G.P.S.) service from a radio jammer. The nations suspect that Russia may have been testing out electronic warfare capabilities designed to disrupt G.P.S. signals from satellites.

Signals can be faked as well as blocked. A technique called “spoofing” uses counterfeit signals to edge out real G.P.S. navigational information. Andrew Schofield, captain of the superyacht White Rose of Drachs, actually invited scientists to test out the spoofing concept on the boat in 2013. The team successfully confused the ship’s satellite-based navigation system, causing it to deviate from its planned route.

Escalation of this type of interference is a threat to both military and civilian spheres because of our broad reliance on G.P.S. for navigation. Millions of people use G.P.S.-based smartphone maps to get around, and global trade and transportation networks are often dependent on the G.P.S. satellite constellation.

“The fact that the U.S.A. and the U.S.S.R. overcame deep mutual animosities to create the O.S.T. in 1967 remains an inspiring example of the foresight we require in 2019.”

Imagine a scenario in which a nation blocks G.P.S. signals for cargo vehicles carrying food or medical supplies, throwing them off course and off schedule. There could also be loss of life from vehicles colliding with each other, or crashing into other hazards.

In the case of spoofing, a criminal actor could target individual vehicles, like cruise ships or driverless cars, opening a wide realm of nefarious threats.

G.P.S. is far from the only satellite system that can be toyed with from the ground. In 2006, an American satellite was illuminated by a laser operating in China, which was interpreted as a potential anti-satellite experiment. Optical sensors and cameras on satellites could be “blinded” by this type of activity, causing issues for military reconnaissance and other Earth-observing missions.

On top of all this, cyberattacks are beginning to go orbital. Data exchange between satellites and Earth receivers can be hacked at multiple entry points. It’s feasible for a satellite’s control system to be co-opted by hackers, allowing them to disable its communications or even turn it into an ASAT weapon.

“Any type of satellite could, in theory, be hacked,” said Hitchens. “Hacking could be used to damage a satellite’s functionality, or put it on a wrong course and thus make it useless to its owner.”

This creeping escalation of satellite interference capabilities is a near-term threat, but it is not the only trend poised to challenge key ideals of the O.S.T. The commercial space sphere may also seek a more nuanced stance on the treaty’s stipulation that there should be no “national appropriation” or “claims of sovereignty” over celestial bodies.

Nobody knows which space companies will turn a profit in the future, and the ones that generate the most public attention—space tourism and extraterrestrial resource extraction—will probably take decades, at a minimum, to technologically mature. Still, some analysts have predicted that the private spaceflight industry, nicknamed “NewSpace,” will be worth a trillion dollars by the 2040s as potential new markets open up.

Assuming that NewSpace continues its current growth spurt, companies are going to want to know if they can legally claim property rights in extraterrestrial environments that they might want to develop for commercial purposes.

“This is a very gray area of law, and one that is going to be fought about,” Hitchens said. “I have worries about allowing companies mining rights because I worry about conflict arising from competing claims by different countries. But anyway, this is as yet an unsolved problem.”

The O.S.T. anticipated some of the multifaceted problems posed by space exploration and utilization, but we live in a very different age—technologically and geopolitically—from the period in which it was conceived.

“There are many more countries involved in space now, all with different goals and priorities,” Hitchens said. “The United States and Russia are at each other’s throats these days, and China and Russia have banded together on space issues hoping to balance out what has long been the significant military and economic advantage the U.S. has in space.”

Even peaceful collaborative ventures have grown increasingly complex over the past five decades and often serve multiple different donors and interests. “Nothing’s going to be that clearly public, private, military, or civilian,” Hertzfeld predicted. “It’s all going to be mixed together in different ways.”

President Donald Trump’s insistence on the creation of a Space Force to ensure “American dominance in space” has brought fresh attention to some of these emerging challenges of space policy.

But based on his speeches emphasizing space as a “warfighting domain,” Trump seems to be aiming to evoke more of a Starship Troopers vision of space conflicts in the future. What is desperately needed to counterbalance that dicey outlook is a return to the classic Star Trek ideal, in which collaboration and diplomacy guide space policy.

“The international issue is that we’re not in a treatymaking environment these days,” Hertzfeld said. “We’ve got to find a way to do that.”

Given the complexities of modern space flight and intransigence of the geopolitical landscape, a binding update or successor to the O.S.T. that addresses 21stcentury issues can seem like the legal equivalent of a moon shot. But the fact that the U.S. and the U.S.S.R. overcame deep mutual animosities to create the O.S.T. in 1967 remains an inspiring example of the foresight we require in 2019.

“We really need to deal with the issue of warfare in space,” Hitchens said. “If we can’t prevent it because countries like the United States, Russia, and China seem to be unwilling to give up the option to attack each other’s satellites and are actively working on ASAT weapons technologies, we at least need to restrain military activities so that they don’t ruin space for all of its beneficial uses.” 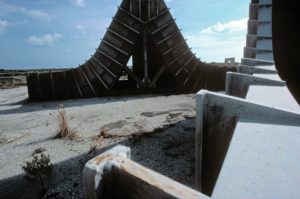 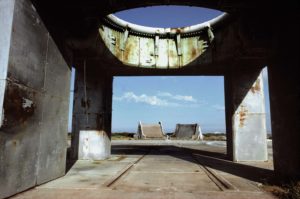 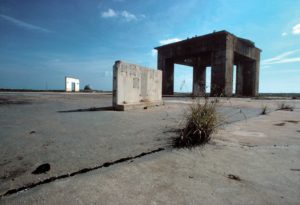 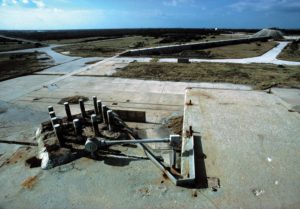