‘Game of Thrones’ is nearing its finale, but Raleigh Ritchie's music career is just taking off. He talks to Document about perfectionism, imposter syndrome, and the enduring influence of Amy Winehouse.

Raleigh Ritchie is a bit of a perfectionist. “I don’t know where it comes from,” the British musician and actor—real name Jacob Anderson—tells me. “And that’s what I’m trying to work out at the moment.”

Ritchie is mostly known for playing Grey Worm on Games of Thrones, one of the biggest television shows of all time (the final episode of Season 7 racked up 12.1 million viewers when broadcast in 2017, and the series finale this year is only likely to build on that). But outside of his acting work, Anderson goes by Raleigh Ritchie, the alias under which he’s creating what he calls “confessional pop” music.

Currently, Ritchie’s Instagram bio reads, “PhD in sadboi;” a succinct summary of his obsession with heartache. He’s approachable yet sincere—keen to make you feel comfortable while getting his point across. Since releasing his debut album, You’re a Man Now, Boy, in 2016, Ritchie has been steadily honing his own cathartic form of RnB—marrying exceptionally produced beats with exposed lyrics to create heartfelt earworms. “I love finding the dark in lightness and the playfulness and comedy in darkness,” Ritchie explains. “I think the word is ‘dichotomy.’” 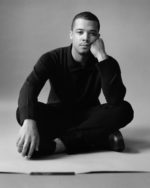 Top and shoes by Margaret Howell. Jeans by Levi’s.

I ask him why we’re obsessed with finding new angles on old subjects. Is it because that might be one of the only ways left of producing original works? “Possibly, yeah,” he responds. “It makes sense the only way to really find something original is to find a different approach to the things that have been done a million times before.”

A lot has happened to Ritchie recently. At the end of last year, he married fellow actress Aisling Loftus, and as Game of Thrones is about to come to an end, he’s about to finish his second album. “I’ve just starting to come to a place when I’m really happy with what we’re doing,” Ritchie tells me.

You don’t need to know a lot of personal details about Ritchie’s life to see where his music comes from. In the track “Unicron Loev” (yes, that’s the right spelling) he gushes over the sense of comfort and wonder of being in a supportive relationship. “I’ll never be cynical / ‘Cause you wouldn’t have it / I believe in miracles, I believe in magic.”

But it doesn’t stop Ritchie worrying about what happens after he puts himself out there. “Yeah, I’m terrified of it,” he confesses. “You suddenly become self-conscious of expectations, and at the same time, you want to do something different, yet you don’t want to lose what makes you good.” 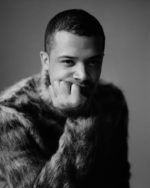 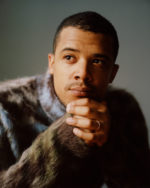 Growing up in Bristol, in the southwest of England, Ritchie says the city’s stellar history of music and culture was both a blessing and a curse: “It’s a very energetic and creative place and I took some of that but I was also a little bit scared and vulnerable.” The area’s deep-rooted Sound System culture, which first emerged with immigration from the Caribbean in the 1960s, went on to birth Massive Attack and Portishead—what is now dubbed the Bristol Sound.

But it wasn’t just his hometown’s heritage that perhaps nudged Ritchie down the creative route. “I had very musical parents,” he explains. “My dad is a proper geek about music—not just who the band is, but who wrote it. My mum listens to a proper mishmash of stuff, but it was my dad who introduced me to dub music as well as The Smiths and The Clash.”

That early education might have given him a solidly eclectic bedrock, but it was the music of Ritchie’s teenage years that’s clearly stayed with him: “It was Amy Winehouse who taught me it was okay to be this honest about the contents of your head, and I really responded to that.”

Ritchie says he has been putting his feelings into words since childhood. “I was writing lyrics before I even knew what they were!” he laughs. Despite his parents’ separation, he paints a content picture of his childhood, though at times he felt a bit like an island. “I didn’t open up to people that much,” he says. 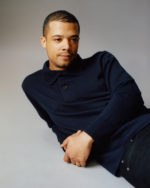 Whatever feelings he was working through then are ones he’s still circling back to now. “I have a slight obsession about things that I cared about when I was a child,” he confesses. “Like most adults, we meet those traumas again [later in life].”

At the same time, Ritchie has a mature head on him, and you get the feeling he’s always been older than his years. This might account for some of that eagerness to make something of himself, to push himself in a new direction while meeting an exceedingly high bar he set himself. “I go to therapy,” Ritchie says when I ask him where his tendency to feel inadequate comes from. “And I’m trying to find out what’s made me hold back in the past. I can be very hard on myself, and I think that’s because I am a discerning consumer of things made by the industries I work in.”

Despite his harsh inner criticism, for the moment, Ritchie is just focusing on finishing his next album. “I want to make sure I’m saying the stuff I need to get off my chest,” he says. As a perfectionist, he might not always be happy with the results, but the act of catharsis is equally important. 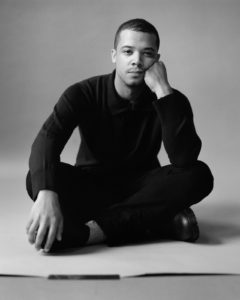 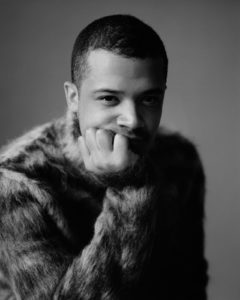 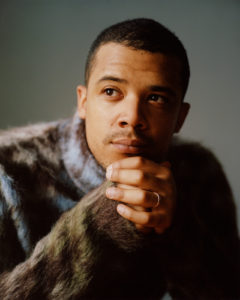 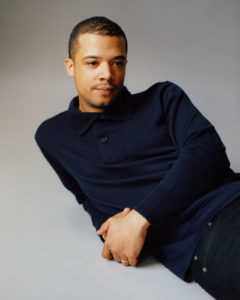