Selah Marley on wandering the Lower East side, following your own creative spark, and her first installation project, ‘A Primordial Place.’

Just a few years ago we got our first glimpse of Selah Marley as she simultaneously took on the spotlight and the catwalk, walking for Yeezy, Chanel, and Calvin Klein in swift succession. At just 19, she’s developing into a multi-dimensional artist capable of leaving a fashion shoot to record a new song and still making it in time to her gallery opening.

Marley has never shied away from the responsibility that comes with her name. The daughter of Lauryn Hill and the granddaughter of Bob Marley, she’s hyper-aware of the light in which she is viewed, and her success comes in spite of that, not because of it. Marley isn’t living up to a name, she’s making one for herself.

Marley’s latest project, an installation at BKLYN Studios inside of City Point, shows the maturity she has fostered in her young career. Presented this past weekend, the installation’s concept is grandiose, Marley admitted, when we spoke on the phone last week; a blacklight jungle circus evoking the sense of being truly engulfed in greenery. Marley also choreographed a performance art piece which was unveiled alongside the installation. Nature and escapism are the pinnacle themes in Marley’s opening—by portraying primal life and greenery, she invites us to enter her personal dream world in order to escape.

Document checks in with Selah Marley to discuss her upcoming show, wandering in New York’s Lower East Side, and following your own creative spark.

David Brake—Tell me a bit about your upcoming show. What can we expect?

Selah Marley—Honestly the concept alone is kind of simple. Essentially, it’s an indoor jungle. The idea started out as me wanting to throw my birthday party. I basically wanted it to be a blacklight jungle circus. I wanted to do it in two weeks, and I realized that was not enough time to throw whatever I was looking for. I connected with the venue space that I’m using now, Brooklyn Studios, and they actually told me that they would just give me the space. So it ended up becoming a longer installation. The idea has taken many different forms at this point; it’s also allowed me to interpret my own thoughts in different ways. On one hand it’s a self-actualization process—it’s me manifesting and actualizing this kind of dream world in my head that’s always existed to a certain degree. On the other hand, it’s focusing ultimately on greenery. I think it also is a commentary and speaks to a relationship with the earth. I personally always loved islands, I’ve always loved being engulfed in greeneries, botanical gardens, so I wanted to create one of my own. We’re also going to be doing a performance piece that comes with it, and that’s going to be a performance art way of speaking to a tribal and primal way of living.

David—How has greenery and nature influenced your life?

Selah—Spring is my favorite time of the year—it’s deadly for me [laughs]. You know those things you just have natural inclinations for? I genuinely just love nature, to say the least. I love flowers, I love being engulfed in nature. I have memories of when I used to live in Miami when I was younger, and we had an orange tree in the backyard. I’ve always been really fascinated with the complex and intricate nature of nature itself. Obviously, there’s an intrinsic interconnection between our relationship with nature—not only being with the fact that we have to breathe. [Laughs] Even the way that roots look like the capillaries in our body—it’s always been something I love. I love when people would give me flowers, even though they would always die with me at some point [laughs]. I just feel like they enhance and beautify the world. 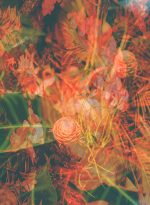 Selah—My dreams. [Laughs] No, that’s obviously one place but in terms of escape, I don’t know. It’s been cold lately, so I haven’t gotten a chance to go out. But now that it’s getting hotter—I’m really a wanderer. That’s partially why I moved to the city. When I was younger I would go to the city and just walk around by myself. I guess when I said dreams, I kind of meant a mental escape. I personally love to just wander around the city and find new places and locations—there’s always something new to experience. Of course, there’s lots of really beautiful gardens coming up, popping up now–and all these really beautiful cherry blossom trees—the soft floral trees. But I just love to wander.

David—When you’re traveling, how do you find peace?

Selah—It depends, because sometimes part of that sanctuary came through the fact that I was traveling. Sometimes it was just the fact that I’m escaping. It’s like, ‘You know what, I’m going to Morocco. Everything’s going to be fine.’ Then I just kind of wander, explore new terrain, let that place take me. I’ve always loved traveling, so whenever I get the chance to travel, it’s something I really look forward to. From modeling I used to go to a lot of places by myself, so I just always ended up walking around by myself. I went to Tokyo, and I would just walk around, take in the place, maybe I’d meet someone. You make friends kind of fast because you’re like, ‘Hey, what are you doing?’ and then you’d explore. There’s definitely a peacefulness in the new world that I’m taking on.

David—How does fashion play a role in your life?

Selah—When it comes to my daily life—it depends. Sometimes I like to take on looks. Sometimes I’m like, ‘I want this designer, I want that designer,’ or, ‘I love this piece from this collection.’ When I go to shows I fall in love with what I see. But when it comes to my own daily life, sometimes I’m very lackadaisical and I fall into signature outfits. I’ll take on this Kim Possible, ’90s Bratz doll look, and then at other times I’ll take on a 1940s housewife look, and then other times it’s a miniskirt and tube top—2000s Britney Spears look. I can take on different identities in my fashion. I always keep an eye out for what’s new, what’s coming out. But it’s definitely a form of self-representation. How do I see myself today? Who am I? Even when I was younger, the way my mom used to dress me, I would be like, ‘this is not me. Take this off of me. This is not who I am.’ When I’m wearing an outfit that I’m not proud of, or I’m not flexing, I’m definitely self-conscious, like, ‘Did they really just see me in that? This is not a good representation of how I want to be perceived. What the fuck.’ [Laughs] But when I am wearing a look that I like, it’s like ‘Did everyone see me? Where can I go, where are all the people at? I need to be seen in this.’ [Laughs] I love trying anything. 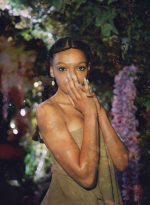 Selah—It’s the same with any kind of art or music. I love songs—I’ll fall in love with a song more than I’ll fall in love with a particular artist. I have a whole catalogue of songs that I love, but I can’t necessarily tell you my favorite artist. With that being said, Charlotte Knowles just posted this really interesting jacket that I’m in love with. I’m really into Ottolinger. Paolina Russo—she’s making really cool stuff. Bella Hadid wore this really dope piece—it was this all white monochromatic [look], with these exposed fingered gloves. I don’t know if I could choose a person so much as I love these signature pieces. I mean, honestly, who doesn’t love Rhianna [laughs]. Those are people I follow and look at on the daily. [There’s] just these certain looks I fall in love with. I love this specific collection for Givenchy done by Alexander McQueen with the LED bodysuits, that was dope.

Selah—It definitely always starts with a spark. I think what happens is that I see it, and then it’s more a matter of executing the thing I see. A lot of times I come up with things then I completely drop them because I see it as a complete piece, and then I have to track that, go backwards to finish it. For this event, I saw it, I knew what I wanted, I go the people, say, ‘Hey, I’d like a blacklight jungle circus.’ They’re like, ‘Okay, and that looks like what?’ [Laughs] Obviously, no one really gets that, so I go back and pick reference photos. I probably have three thousand reference photos. But what I’ve learned with myself, is that I definitely see it, then it’s about executing what I once saw. 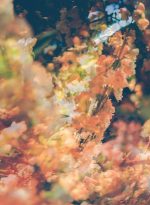 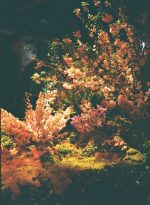 David—How do you manage to make space for your own name, coming from such a celebrated lineage?

Selah—That’s a good question. I am still figuring that out. When I was younger, when I was seven, or five, I was always very aware of where I came from, but I always knew that I wanted to do other things, or I wanted to do things for myself. So, I always like, ‘I don’t want to be in my mom’s shadow, I don’t want to be in Lauryn’s shadow. I want to be my own person. I don’t even want to be associated—I just want to do my own thing.’ And then when I started modeling, they were like, ‘So you’re the daughter of Lauryn Hill!’ I had to swallow that and let it be what it was. I see it now as just a natural process, as the more that I step out into my own and take on my own things, and do my own things, I’ll just eventually be able to create a name for myself. This guy walked up to me yesterday, and he was like, ‘you look a lot like Lauryn Hill’s daughter.’ It’s funny because when I was younger, they’d be like, ‘You look so much like Lauryn Hill.’ Now it’s, ‘You look a lot like Lauryn Hill’s daughter.’ Part of what it is, is that people know me, but they also need more context. Once I release things of my own, it’ll just happen naturally. I think I’m at the point where I’m building a fanbase, or my own group of people who like me for me, and not just because they’re waiting for me to post a photo with my mom. 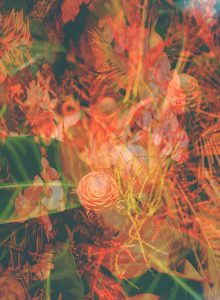 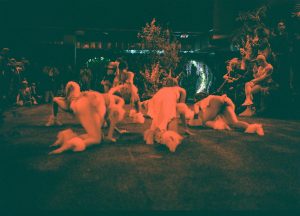 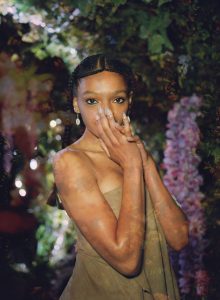 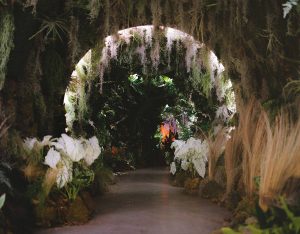 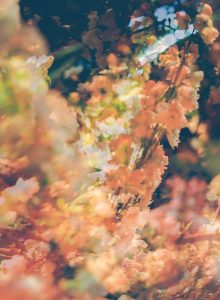 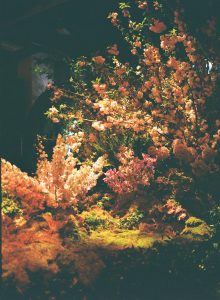