Ahead of the exhibition, Document S/S 2019 featured a portfolio of the late photographer's color work with an introduction by Mitch Epstein.

This portfolio appears in Document No. 14, available for order online now.

Garry Winogrand taught, as he photographed, with an unapologetic candor. At Cooper Union, in the early ’70s, he often sat in silence reading the sports columns of the New York Post, happy to disorient his heady art school students. I was one of them. We waited for him to tell us, “This is what makes a good picture.” Instead, he set out to destroy our preconceptions and pretensions about art. He made us look harder, think for ourselves, and recognize the plasticity of the medium. Anything and everything was photographable, he believed, in an infinite number of ways.

Years later, when we were part of a group commissioned to photograph the making of the John Huston movie Annie, I drove Garry out to the set in New Jersey. He had me slow down traffic so he could photograph the hookers picking up tricks from his window. To my astonishment, Garry could simultaneously scout, shoot, and carry on a serious conversation.

He photographed every day, ritualistically, with the gambit to make pictures that didn’t look like those he had already made. This may have led Garry to color, which, in the ’60s, was uncharted territory for him and his contemporaries. He was wary of it as a tool of advertising; but, ironically, it was probably the ad jobs he shot in the ’50s and ’60s that prompted him to try color in his own work with the leftover film.

At Cooper Union, Garry supported my interest in shooting color film but told me to forget I had it in the camera while shooting. He didn’t want me treating color like a trick pony. He viewed it, instead, as intrinsic to the form and content of a picture.

This approach is evident in the 12 Winogrand photographs published in this portfolio. Stewardesses wait for a bus at LAX, while the soft blue of their uniforms echoes the sky; a black woman and a white woman together, the vibrant colors of their accessories (beaded necklaces, a handbag) contrasting against their dresses. So much is happening in the presumably simplest Winogrand picture.

This portfolio and the Brooklyn Museum exhibition Garry Winogrand: Color, which runs from May 3 to December 8, are two rare chances to see some of Garry’s color work, some of which was only exhibited once in his lifetime, in the New Document exhibition at the Museum of Modern Art in 1967. There are also fine examples here of his enviable ability to infuse a single picture with carnality and tenderness. 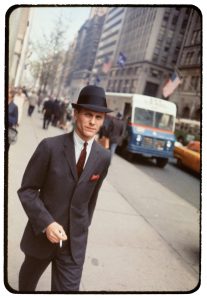 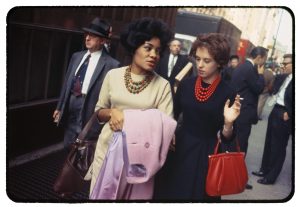 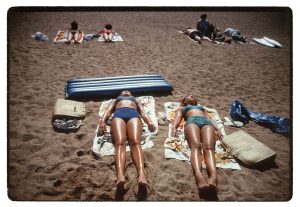 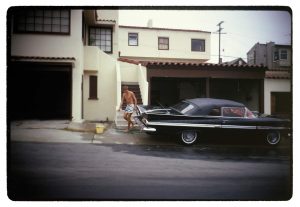 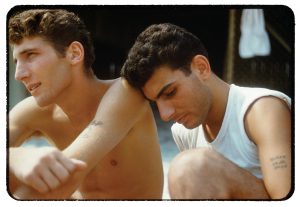 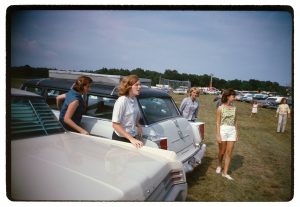 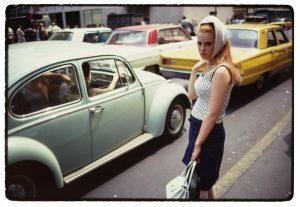 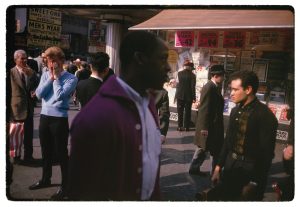 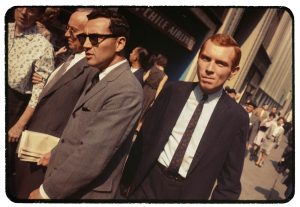 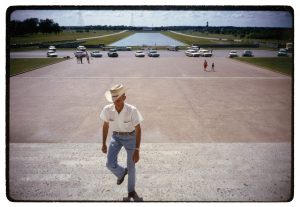