Supreme is celebrating its 25th anniversary this year and the spring/summer season kicks off instore globally this Thursday, with the first online drop the following Monday. The Spring 2019 lookbook was released earlier this week, giving us the first glimpse of what the season has to offer. As always with Supreme, bold graphics and color-blocking dominate the collection. Scores of tees, silken shirts, and lightweight outerwear has us yearning for warmer weather. The lookbook also teases an exciting list of collaborations including Playboy, artists Andy Howell and Salvador Dali, and the late Ol’ Dirty Bastard. There’s also a handful of items with everyone’s favorite least-favorite sports team, the Oakland Raiders. Rumors of a blingy collab with Swarovski Crystals, and hints at a capsule with Slipknot and Jeff Koons, are swirling, so keep your eyes peeled as the season progresses.

Highlighting the upcoming season is a range of accessories. Practical household items, like a set of Supreme-branded dish towels or a stove-top coffee maker, are being offered alongside other, less useful knick-knacks, such as a crown-shaped air freshener and fishing lures. To help you sift through everything, we picked five of our favorite items dropping this season—be quick, they won’t be available for long. 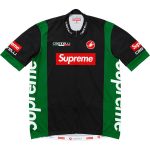 Supreme has made items for the cycling community before—bike locks, lights, and even a few extremely limited Supreme-branded bikes. The Castelli capsule is Supreme’s first ever endeavor into the racing industry, tapping into the performance-based trends prominent over the last few years. The jersey will release in three iterations, but we’re going for that Gucci colorway.  Don’t expect to see any serious cyclists wearing this jersey—instead, prepare yourselves as Supreme superfans hop on bikes for the first time since high school and attempt to navigate the streets of SoHo. 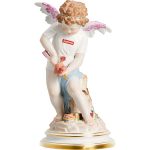 Continuing with the established motif of Victorian/Romantic art apparent throughout Spring 2019, this figurine features Cupid in a box logo tee, spearing a heart with his arrow, and the porcelain is all hand-painted. Although this accessory doesn’t particularly scream functionality, we can’t really complain—anything is more useful than the notorious Supreme brick from Fall 2016, which, in case you had tried to forget, still sells for well over $150 on the resale market. 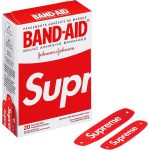 Last season Supreme dropped branded Luden’s cough drops, and as this season’s collaboration with Band-Aid makes clear, Supreme really does cares about our wellbeing. Pick up the Band-Aids to continue your budding Supreme first aid kit. Or, if you nicked yourself on your ‘Preme pocket knife, these will definitely come in handy. 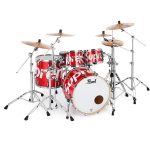 I’m just going to break it to you now; you won’t get this drum set. You probably will never even see it in person. Maybe you’ll be lucky and sneak a peek at one of the sets (there are rumored to be around 100 globally) leaving a Supreme store early Thursday morning, but once a collector vacuum-seals it in its entirety, preparing it for a dismal life in a Manhattan Mini Storage, these will disappear, only resurfacing in years to come on the resell market for exorbitant prices. 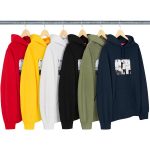 Supreme gets post-modern as it retros one of its own classic ads. Historically the brand has been known to bootleg classic ads and designs, repurposing them with Supreme branding (Supreme is dropping a crewneck this spring which is adorned with an obvious nod to the Everlast boxing logo). The hoodie will come in six colors, all featuring a black and white photo of a Supreme ad from years back. This isn’t the only graphic which Supreme is bringing back for Spring 2019. Also featured is an apple graphic and a racing font, both of which have been featured in previous collections. 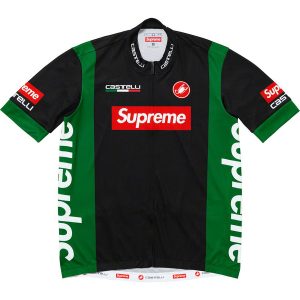 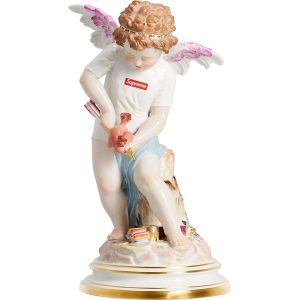 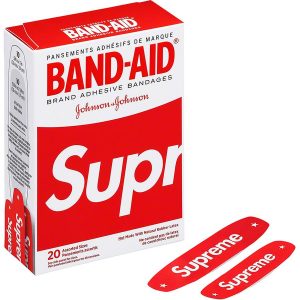 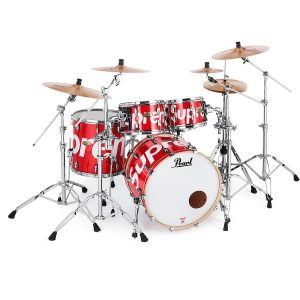 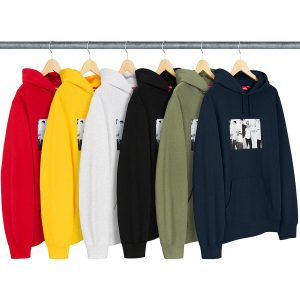