South African artist Imraan Christian speaks in poems. He conveys that same prophetic wisdom and aptitude for metaphor in his films and photographs. Christian first garnered attention for his work during the student-led #feesmustfall movement in 2015. The protest was ignited by the announcement of an increase in fees at the University of Witwatersrand, and spread rapidly to other Universities across the country, becoming a broader movement which addressed macro socio-economic and racial inequality in post-Apartheid South Africa. Christian was there on the frontlines as a vigilant photojournalist, capturing violent police intervention and the power of solidarity in resistance. But the images he produced are far beyond what is expected of documentary photography, and their elevated aesthetic turned heads across the nation. Christian established himself as someone able to elegantly merge art and activism, the combination of which forms the backbone of his career.

Recent months have shown Christian moving further, still—into the world of fine art. “I don’t fit in, and that’s a good thing.” says Christian. “I’m hungry to come for these spaces… to disrupt them.” His most recent art exhibition, done in collaboration with Sneaker Lab in Johannesburg, did exactly that. The show rallied a hoard of young creatives who formed a line out the door in anticipation of entry. Christian and supporters effectively transformed a white cube into a bumping club with a packed dance floor. The exhibition turned party is positive foreshadowing for Christian’s mission to inject color, joy and humanity into the otherwise sterile and elitist art world.

The cause for celebration was a photo series called Ma se Kinders, named after a colloquial term of endearment, meaning “mother’s children.” The setting is the fishing village of Hangberg in Cape Town, a place dear to Christian’s heart. “This place is symbolic for me. It’s a community of people who identify as indigenous Khoisan and colored, living on very elite land, with entire ocean views. There’s a huge spirit of resistance there,” says Christian. Under apartheid, Hangberg was a designated a colored residential area under the Group Areas Act, which resulted in the mass forced removal of non-white people from their homes. The legacy of the oppressive system continues to contribute to widespread poverty and unemployment; the community has gained a reputation for violence and gangsterism, as a result. Hangberg has also been the sight of frequent political protest and riots, a byproduct of an especially defiant ethos.

“A lot of my work was shot in the hood, for the last four years—in Cape Flats and generally in the roughest places. Ma se Kinders is a response to my time spent there, a reaction to the strength that I saw. I wanted to pay tribute to our mothers and grandmothers, who have upheld the hood, with love, since the beginning of time,” says Christian. This homage to matriarchal pillars transforms scenes of daily life into dreamscapes and Hangberg into the heavenly. Locals are portrayed as mythical beings, the protagonists of a narrative that deviates in aesthetic and tone from the typical representation of “the hood” in popular culture—a dark place that a male lead must battle to overcome or rather that he succumbs to. Christian’s work asserts that tales told here needn’t always be of struggle, they can also be of beauty. “With Ma se Kinders we reclaim the power to explore not only our challenges, but also our triumphs. Our mothers and out children,” he explains. 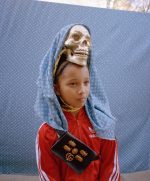 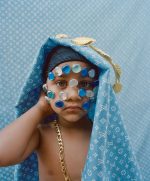 The striking intimacy in the portraits is a product of understanding both his subjects and their circumstances. “I’m also from the hood, not this hood, but Grassy Park, just south. So hood language and hood energy is part of my own foundation,” Christian says. Before Ma se Kinders, he spent two years working with youth outreach programs, offering opportunities and training within the arts sectors to the kids of Hout Bay (which includes Hangberg). “I made myself part of the roots of the community, before I could extrapolate that energy and transform it,” says Christian. He met the his young subjects through these arts outreach programs, and has built genuine relationships with them over time. “I know their parents, their aunties and their grandmothers. They’re like my real brothers and sisters”. Christian’s insider status is conveyed in the subjects’ calm and comfortable aura. This visible trust has allowed Christian to explore gender as a spectrum and to capture the feminine energy that exists in the Hangberg community, regardless of gender. Although the work is of a personal nature and tied to a nuclear place, it’s by no means limited in its reach. “These are the original people. The world started here. The stories I’m telling are universal because we live in a country called Earth,” says Christian.

Christian’s transition from realist to futurist is the mark of an inner transformation. “I wouldn’t say my early work is reactionary, but I did have a lot of stuff to get off my chest. It allowed me to come to terms with this place and time that I exist in, Cape Town in the 21st century. But now I finally feel free to create in this more fantastical realm,” says Christian. His career began with a sense of urgency, a need to document the realities of South Africa’s glaring inequalities and injustices. Now, Christian confronts those same realities with fresh narratives, that add nuance, humanity, and truth to the portrayal of under and inaccurately represented communities. “The last four years I spent decolonizing. Now I’m colonizing,” he explains. “I’m putting forward ideas that aren’t reacting to the last 400 years, they’re engaging with the last 4000.” 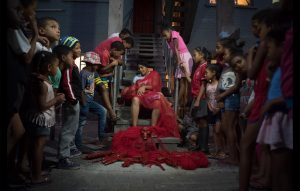 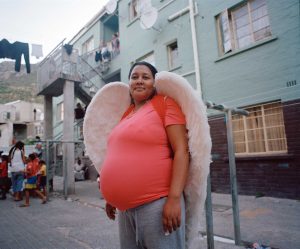 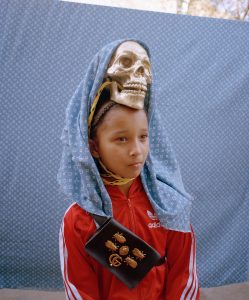 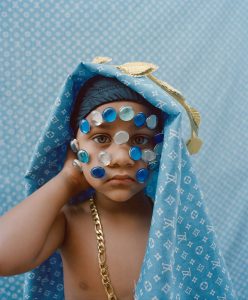 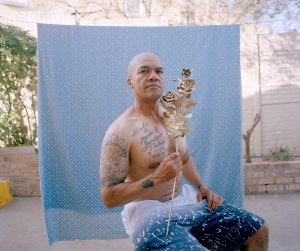 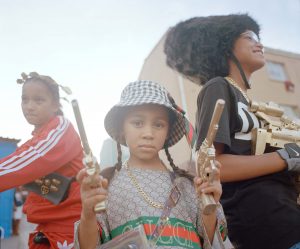 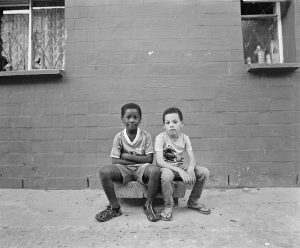 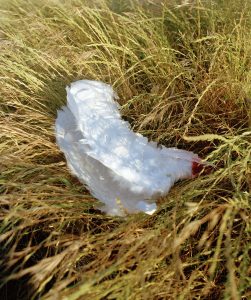 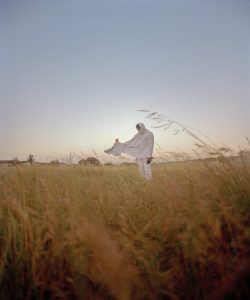 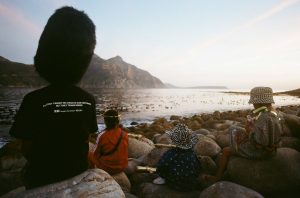