Centuries after his death, Jean-Jacques Lequeu's haunting sketches of architecture and erotica are finally being celebrated.

By the end of his life, Lequeu had designed only a couple buildings, none of which survive today, and was generally regarded as an eccentric with impractical ambitions. Nevertheless, he continued to work, largely on a book of collected architectural and erotic drawings entitled Architecture civilewhich went unpublished. Even as his mental health rapidly declined in his later years, Lequeu continued churning out his identifiably eerie, emotional drawings, including the haunting portrait of “Le Grand Bailleur”. The artist lived out his later years in a flat above a brothel, dying in poverty and obscurity. But soon before his death, he donated his archive of “paper architecture” and sexual fantasy to the Bibliothèque Nationale de France.

In partnership with the library, le Petit Palais presents a collection of Lequeu’s works in its entirety for the first time in Builder of Fantasy. The exhibition displays 150 works completed over the course of Lequeu’s quiet career: concepts for plumbing and fire pumps, temples and chateaus, portraits and nude figures—many accompanied by Lequeu’s hand-scrawled notes in the margins. The constructions he imagines betray sensual sensitivities to bodily flows and curvatures, particularly his drawings “L’ile d’amour” and “Temple de la Devination”. Equally, the artist marries his architectural sensibilities to his renditions of human forms, which challenged the popular renditions of sexuality and expression in his day.

Lequeu’s work has found new life with modern audiences, familiar with naughty nuns and genitalia-evoking sculpture. The pastel gardens and castles might even evoke Wes Anderson’s The Grand Budapest Hotel. With their unfettered imagination, humor, and sensuality, the collected works of Lequeu allow a window into the mind of a forgotten artist who refused to compromise his fantasy. 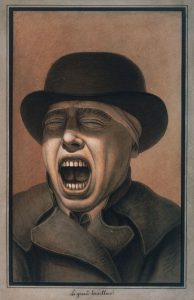 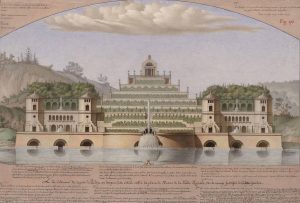 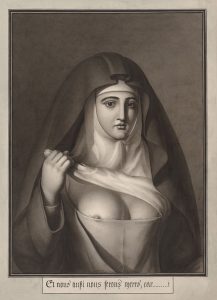 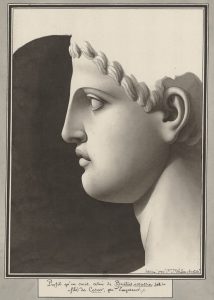 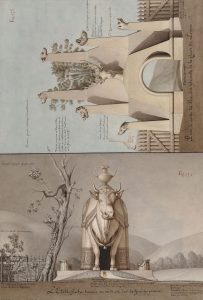 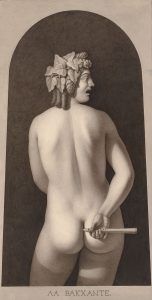 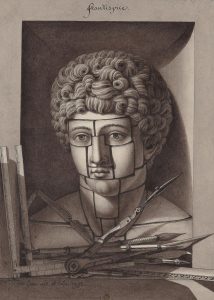 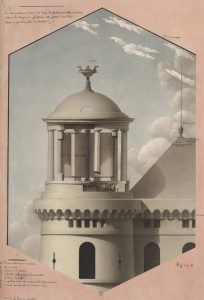 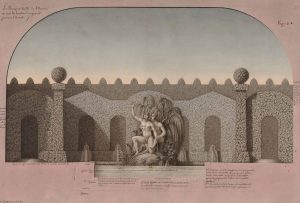