56-year-old artist Cheryl Donegan first made waves in the ‘90s with the videos Kiss My Royal Irish Ass (1993), where she paints green shamrocks on paper with her g-string-clad bottom, and Head (1992), in which she drinks milk spewing from a hole in a green plastic jug before defiling it with her tongue. The two subversive works earned Donegan the reputation of being politically charged and feminist. But, the New York-based artist is more than a one-trick pony. In her latest exhibition, GRLZ + VEILS, which is on view at the Contemporary Arts Museum Houston through March 31, Donegan shows off her fascination with New York’s air conditioner grills—with a new collection of what she refers to as “re-fashioned readymades,” new video works, and a series of paintings that pay homage to her favorite creatives. Document caught up with Donegan to discuss her attraction to clothes and the notion of being a “feminist” artist.

Ann Binlot—Tell me about this exhibition, GRLZ + VEILS, and why you decided to title it that.

Cheryl Donegan—The first word in the title is the name of the third project that I did using Print All Over Me. I titled the collection with that word that I alternatively pronounce ‘girls’ or ‘grills’ because it’s a play with the letters in girls from Riot grrrl from the ‘90s and also ‘grills,’ like, you know, a metal grill, because the motif for the pattern that I used came from photographing air conditioner grills from window units that hang out on street level all over the city in New York, and I just love them. I notice that kids tag them, you know, by crushing the air conditioner girl, sort of a scratchitti. They’re abstract, sometimes they have tags, and for the last couple of years, every time I see a great one I take a photo of it. So I have a large collection of those that became the source of the print motifs that are used on the garments. So, you know, it’s definitely ‘grills’ or ‘girls,’ and I sort of pronounce it either way since the word has no vowel. Yeah. And then veils is just kind of an off-run to grills. I used it just to refer to the painting as, you know, a veil, a thin covering.

Ann—You have over 70 works in the exhibition, including your seminal video work?

Cheryl— Well it’s actually a little bit like the videos that are included in the show, which are six videos, really don’t include what you’re thinking is seminal in terms of Kiss My Royal Irish Ass and Head, which are really two videos that people really know me for from ‘92, ‘93. And, you know, I saw a lot of videos that a lot of people have never seen, you know, in an exhibition, especially a New York audience. And so I have six videos in the show that range a kind of a pantomime of a scene from Nude Restaurant—the Warhol film where I recite the Viva monologue, one of the long Viva monologues in the show—to recent videos that engage in abstraction. I’m not in [those] at all. So it is some video but it’s not those two most well-known ones.

Ann—Why did you leave them out?

Cheryl—I’m at the end of a really amazing run of participating with some really marvelous curators, starting with Johanna Burton at the New Museum, who I think really got the ball rolling. She wanted to take a look at my production that really moved past notes to milestone videos, and was trying to connect the dots between the other painting practice that I’ve been engaged in, and even the turn in my videos that went from Head (1993) and Kiss My Royal Irish Ass (1992)—a kind of performance for the camera that I had—and just my our engage in some of the other things that I’ve done that deal with other other types of video-making to the most recent painting works.

Ann—How did you feel that you were known primarily for those two videos?

Cheryl—Any kind of attention that an artist gets, you know, is to be appreciated. But I think what was frustrating…one of my kind of thoughts is sometimes that the legacy of pop is disposability. Artists can be disposable if they are seen as one-hit wonders. And, you know, sometimes I felt that that’s [how] people looked at me and that was a little disheartening. It didn’t discourage me because I kind of felt like, well I’m interested in what I’m doing. So I’m just going to keep doing it. 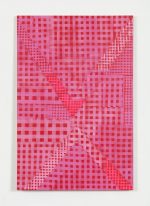 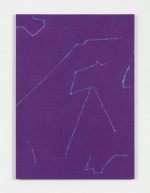 Ann—What drew you to these [air conditioner] grills?

Cheryl—I’m really kind of interested in the idea of a contemporary space. Part of my endeavor to make a painting that felt contemporary to me was how do we deal with contemporary space beyond the grid, beyond Cubism, the fracturing of space beyond Greenbergian flattening, or even just Post-Modernism pastiche? How does an artist engage the space that you find yourself in? One of the most enlightening outlines that I ever read was Rem Koolhaas’ Junkspace, because the way he defines and describes the contemporary codes are ones of intersection, extension, collapse, a sort of disjunctive continuity. All one needs to do is go into the Oculus in Lower Manhattan to see what Koolhaas is talking about—the extravagant waste. The grandiose and pathetic linked, and I really responded to that in terms of how I could expand the contemporary world I was inhabiting in New York. Seeing an air conditioner graffitied, that was both an eye sore and a thing of beauty, seems to correspond to that.

Ann—How has being a woman in the art world changed since you started your career in the ‘90s?

Cheryl—’Woman,’ there’s such a diversity there. I have to acknowledge I’m a white woman who was privileged to get an art school education in, you know, undergraduate and graduate. So even though I’m from, you know, very middle class suburban Massachusetts, neither of my parents are professionals or have advanced degrees— just like a typical ‘70s suburban childhood. Even going into Rhode Island School of Design and getting a really good education, immersed in a kind of Bauhaus trial and error problem solving way of looking at art, really put me in a very good position just to sustain myself emotionally as an artist, because I felt I had the tools to keep going if people didn’t understand my work. I remember being at RISD, and hearing people say, I can’t tell a girl made this, and thinking, wow, thanks. Linda Nochlin’s question, it seems kind of funny now, but Why Are There No Great Women Artists? That, as a person who was in her twenties in the ‘80s, seems still like a pertinent question to ask, but I remember Elizabeth Morris or Susan Rothenberg or even the late Louisa Chase—those people I remember being real lone stars, you know, of what was possible. Of course, all those women are white, but still, that was like oh, like, women are participating in this and getting attention for their work. I remember having a studio visit with Sarah Charlesworth at RISD, and just being in her presence, her confidence, her intellect, was so galvanizing for me. It’s hard to say that part of my life has been staged in this bubble of privilege. I had a lot of support from family, but I’ve also worked pretty hard. On the other hand, I’ve been in New York for 30 years, and I don’t show there. It’s kind of the good with the not so great, but I’m pretty satisfied. 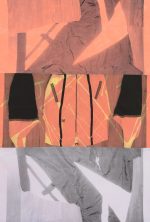 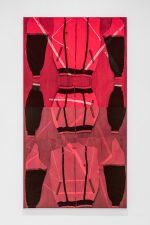 Ann—Pop culture is a constant trope in your work. How has the way it’s presented and consumed changed since the ‘90s?

Cheryl—I definitely had that ride in the early ‘90s when when Head and Kiss My Royal Irish Ass came out. It was a nice ride. I showed a lot and I showed internationally in Europe a lot. Because video could travel really easily and appear in a lot of places simultaneously. I’d be showing Head in a kunsthalle, and then someone would tell me that they just saw it on a monitor in a bar in Berlin. Getting other works out would prove to be a bit more challenging until recently.

Ann—Why are you so drawn to clothing?

Cheryl—There’s a natural progression with clothing to painting, based on the fact that both often—the support of painting is cloth, and I’m really inspired by the French Support Surface movement as a heritage of Matisse, and more conceptual forms of painting. I point to artists like Sonia Delaunay and say, wow she was a great painter, but she was an amazing designer, colorist. To me, I feel that it’s ultimately that part of the heritage of Matisse in terms of dealing with the decorative, motifs, color, etcetera. But I have to say, I wouldn’t be dealing with clothing unless I could buy it readymade and alter it, because the projects I’ve done with clothing have strictly engaged with print on demand, and how social media and digital networks and technologies have opened that up, so that I don’t have to make anything from scratch. I can alter what is on order, so I refer to it as a re-fashioned readymade.

Ann—You’ve always been known as a feminist artist. How do you feel about that label and the responsibilities that come with it?

Cheryl—I always felt fine about ‘feminist,’ because I just want the right to be a full-fledged human being in the body that I was born in, meaning that when I was very young I thought feminism meant I only had to say good things about women. Then I thought, but I know a lot of women who have been mean and not nice. What about that? I just want to be known as human, and sometimes women are seen as somewhat less than human because of the boxes that we get put into in terms of our behavior—like, if you’re not nice, you’re a bitch, you know, and if you’re too nice, you’re a pushover. I was like, Great. Those are unacceptable binary choices. I want more. I want the gamut. I want to be able to do what I want to do. If that makes me a feminist, then great. 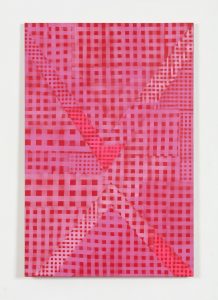 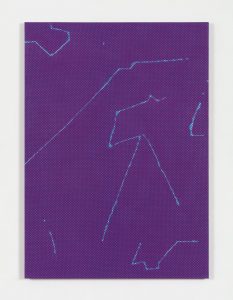 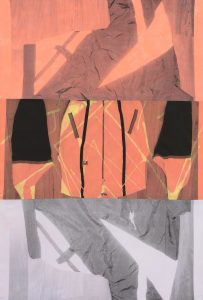 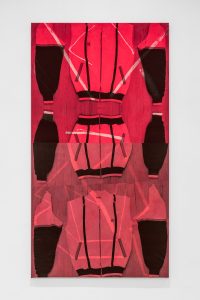