From his studio in Los Angeles, the artist created an exclusive portfolio—fusing garments with shards exploded in a kiln—for Document Spring/Summer 2014.

Sterling Ruby is one of the most prolific American artists to appear in the 21st century, and not just for the volume of objects that come out of his industrial campus near downtown Los Angeles. Also notable is the breadth of mediums and genres he has delved into in order to create his self-reflexive, formal ecosystem. Ruby interrogates legacies of Modernism as well as nomadic strands of abjection and tribalism, questioning the role of humanity in the engulfing machine of contemporary culture.

These collages, made for Document Journal, combine ceramic sculptures with uniforms that the artist designed. Ruby wore the garments while creating the sculptures, and then photographed both together. They are a part of his ongoing Basin Theology series—the large containers, which look somewhat like ashtrays, are full of shards that had burst apart from larger forms under hellish conditions in the kiln, and later reassembled. It is the same body of work that is on view now at the Whitney Museum of American Art as part of Michelle Grabner’s portion of the museum’s biennial. Ruby also recently collaborated with Raf Simons, creating prints for the designer’s Fall/Winter ’14 collection. His interest in clothing as a canvas goes beyond the fusion of art and design, drawing quotidian, usable objects into the purview of visual art. 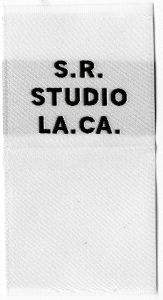 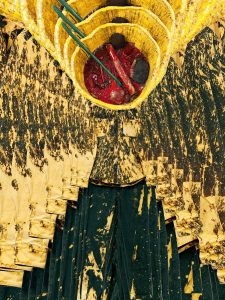 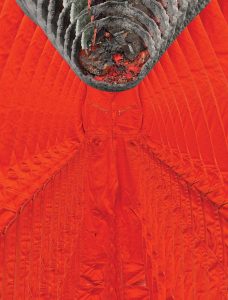 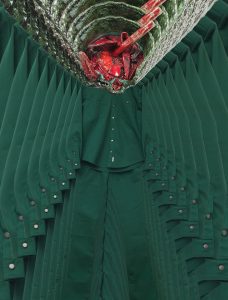 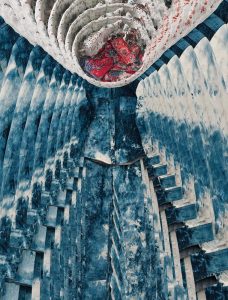 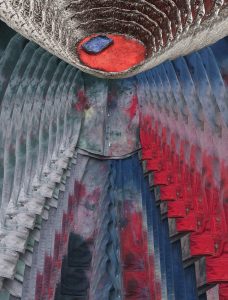 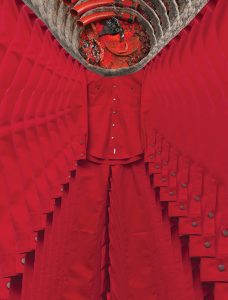 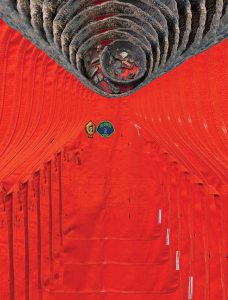 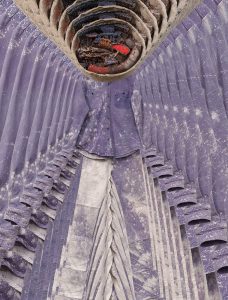