The evening rain didn’t stop people from entering Blade Lounge East helipad—the setting for an iconic portrait of Biggie Smalls, Lil Kim and Junior Mafia—along the East River for Telfar‘s Spring/Summer 2019 show, where guests squeezed in between two chain link fences that were set up into a rectangle. As musicians emerged before a structure designed by Brooklyn architecture firm SO-IL for the BOFFO Building Fashion series, showgoers realized that the space would soon be transformed into a runway. Models and performers appeared for the performance, conceived of by South African artist duo FAKA, walking, dancing, singing, and reciting poetry. Renditions of the late and great Aaliyah’s “Are you that somebody?” and The Temptations’s “Papa was a rolling stone” were given new life when combined with models dressed in asymmetric tank tops and hair styles that were informed by the image of the late Rick James. Models circled the perimeter of the fence in pieces covered in Budweiser logos as well as the label’s signature belts and denim, with cotton waistlines that read Telfar over the crotch with matching logo-centric polo shirts. This recontextualization of commonplace wardrobe staples is inherit to the DNA of the brand. Somehow, Telfar Clemens—the designer behind the brand—has been able to create something completely original, unisex, and in his words, “post-identity”—which is exactly what the fashion world needs right now. 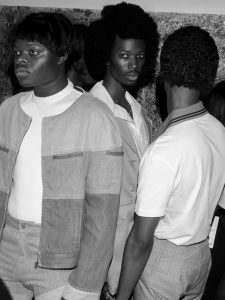 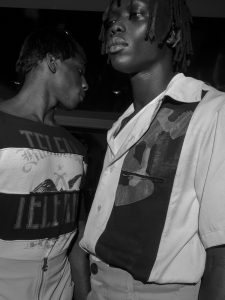 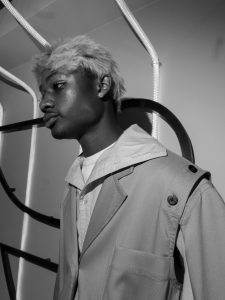 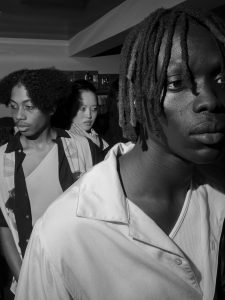 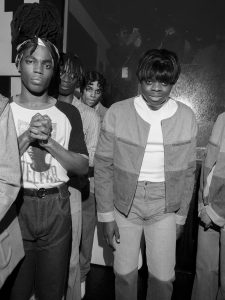 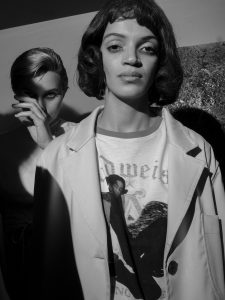 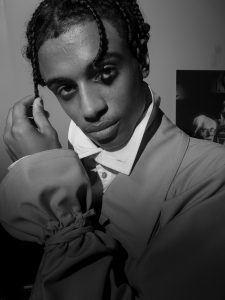 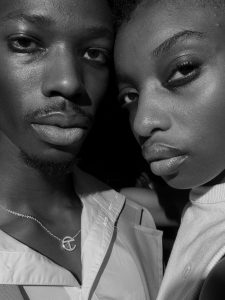 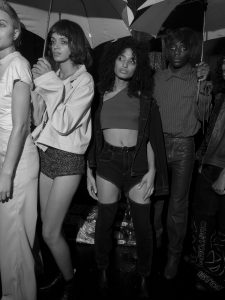 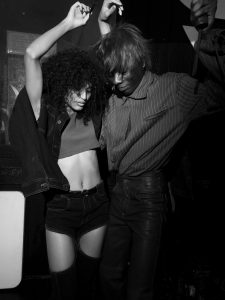 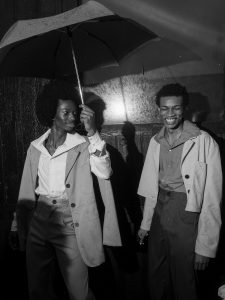