Linda Simpson, John Kelly, Lypsinka, and Peter Zaremba of The Fleshtones reminisce about their fondest moments of the annual New York drag celebration.

In 1984 in New York’s East Village at Tompkins Square Park the first Wigstock took place, and has since grown into one of the biggest drag celebrations in the world, attracting thousands of attendees each year. It was born out of the nearby Pyramid Club and its clubgoers, including the likes of musicians The Fleshtones and Madonna, along with drag legends such as Lady Bunny, RuPaul, John Kelly, Lypsinka, and Linda Simpson. In 1985 Lady Bunny took the reigns of the event, bringing it to new heights in both capacity of people and of hair volume by turning it into a full-fledged festival rising to around 50,000 hair and drag enthusiasts a decade later in 1995. Held on Labor Day every year, Wigstock grew into the stomping ground for the greatest and most notorious drag performers in New York. But Wigstock was more than a drag festival; It also brought exposure and esteem to artists who had never performed in costume in the light of day, as well as unity to a community that was suffering through the tumultuous years of the AIDS epidemic. In celebration of Wigstock 2018, Document invited a few of the most lionized performers in Wigstock history to reminisce on their most treasured memories of the occasion.

“I remember two big things about Wigstock 1993—My comedy act bombed and I met the incredible performance artist Leigh Bowery. He was Australian but he lived in London, and whenever he came to New York it was always a big deal as he raced from nightclub to nightclub in his over-the-top costumes. He was absolutely stunning. Although I saw him out several times, it wasn’t until Wigstock that we were introduced. I was strolling around the perimeter of the park after my act, licking my wounds. He was out of drag with Mr. Pearl, who would go on to become a famed corset maker, and was then living in New York. Leigh was sweet and I was so flattered that he knew who I was! Later I learned that he kept close tabs on New York City’s drag scene and I guess I was fairly high profile by then. I have a photo from that day of the three of us and it looks like I’m jumping in front of Leigh for the camera. But I think he might have been shielding himself because he seemed a bit self-conscious about the holes in his cheeks caused by his pierced masks and headpieces. Later that day he went on to give what many people consider to be Wigstock’s greatest performance ever when he ‘gave birth’ to his wife-to-be Nicola. At least someone had Wigstock success that year! It was very sad when he died the following year of AIDS, an absolutely true eccentric gone too soon.”—Linda Simpson (below left) 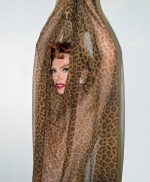 “My most vivid memory has got to be from my vantage point on stage as performer. Since my rendition of Joni Mitchell’s song Woodstock as Wigstock would close the event, it was always dusk if not the early dark of night. The anthem-like nature of that song spread a particular hush over the crowd, with the mass of bodies swaying, holding one another, and raising cigarette lighters above their heads in shows of solidarity and recognition. Especially in those horrible peak years of the AIDS epidemic—1985 through the mid 1990s—witnessing this display of unity from my vantage point was deeply moving. I will never forget those times.”—John Kelly, (top image)

“I was in the very first event (1985). It wasn’t a large crowd, but it was a very loving, excited crowd. It was Labor Day. The next year—what a difference! A very large crowd. Word had spread about Wigstock, and there were so many cameras pointed at the stage. That was thrilling. And remember, this was pre-cellphones, so it was out of the ordinary to see so many cameras. I didn’t lip-sync, but rather I actually sang with my own voice the theme from the movie Rosemary’s Baby while holding some friends’ newborn who grew up to be Wade Oates, the guitarist in the band The Virgins!”—Lypsinka (above right)

“My band The Fleshtones wound up playing—and hanging out—at The Pyramid Club so much the bar was called The Fleshtones Living Room by the staff. Starting in the afternoon, some of us would still be there until way past official closing at 4am. When we all had to finally vacate the club, we would all go over to Tomkins Square Park and continue our after-hours cocktail party by the derelict bandstand. Then at dawn, we would go over to an old school Polish diner on the park called Stanley’s and chant under his window for him to open so that we could eat breakfast. Me, Keith Streng of The Fleshtones, Michael ‘Kitty’ Ullmann, Lady Bunny, Brian ‘Hattie’ Butterick, the ever-missed Wendy Wild, ‘Baby’ Gregor—the whole crew—were all there. I don’t know how the conversation drifted to the subject of wigs, probably because almost everyone was wearing one, but someone—not me!—hit on the name ‘Wigstock’ and that we should have a festival right there in Tomkins Square Park, featuring all the amazing talent from from The Pyramid. You know, it was the old ‘let’s put on a show!’ thing from Andy Hardy. The next day Lady Bunny went straight off to the Parks Department and got a permit for the event! It was staged right there at the derelict bandstand. Miss Wendy, Keith Streng, Michael ‘Kitty’ Ullmann and I performed at the first Wigstock as The Love Delegation, but I think the high point of the festival was John Kelly doing the Joni Mitchell cover [Kelly performed a version of Mitchell’s song Woodstock], with ‘Wigstock’ echoing through the park, and by the time we got to Wigstock, we were half-a-million strong…”—Peter Zaremba, Lead singer of The Fleshtones 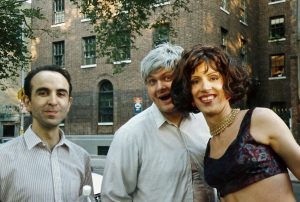 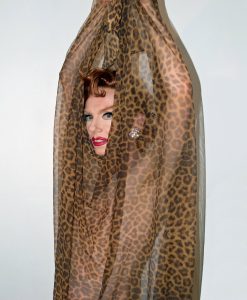