Ports 1961 was born in 1961 when Canadian entrepreneur and silk importer Luke Tanabe decided he needed create the ideal shirt for his wife laced with a spirit that evoked the idea of wanderlust. Since then, the brand has gone through many transformations, always with its original ethos of global travel in mind. Christine and Miki Tanabe took over in the early ‘80s, expanding the brand to Europe, before twins Dean and Dan Caten of DSquared2 were hired to co-design for the brand in 1988. Fiona and Tia Cibani relaunched the label in New York in 2004. In 2011 it moved back to Europe, first in Milan, then London in 2017, where Nataša Čagalj has served as creative director since being appointed to the position in 2014. Document’s Alice Lefons paid a visit to the Ports 1961 studio in London just before London Fashion Week kicked off to ask Čagalj about London, the brand’s legacy, and Čagalj’s vision for Ports 1961.

Alice Lefons—The Ports heritage is about simplicity, luxury and travel, how do you plan on interpreting these signifiers now in 2019?

Nataša Čagalj—Ports has been through a lot of different stages since 1961 when it was founded by Japanese entrepreneur Luke Tanabe. His idea was to do the perfect shirt—a shirt for a woman, for his wife. This was something that I picked up upon. It’s the two combined together and evolving. Because I am a woman who is, by coincidence, surrounded by a mostly female team of different ages, it truly is about creating a wardrobe—something that feels modern, something that we would wear ourselves. It’s about functionality, about how you can wear it in different circumstances—one of them being travel. We look into how to pare it down to the bare minimum to keep it simple, uncomplicated, easy to wear and understand; all while keeping top quality.

Alice—As someone who is Slovenian, who then spent time in Paris before eventually moving to England, does travel have more of a personal connection to you?

Nataša—It’s inspiring in many ways, because it opens up your horizons. Especially when you discover new destinations. I’m always intrigued by the way people wear things; seeing what they wear and how they wear it. I love seeing their morning commute. I think about it a lot and how you can apply that to your everyday job as a designer. I’m very visual in a way.

Alice—Did you lean on any inspiration from your recent travels for this collection at all?

Nataša—I went to Japan this year which always inspires me. But for this particular collection it comes back to me being half Croatian, which is where my dad’s side of the family grew up—near the seaside. Basically all of my summers were spent with my Croatian family, just living on the beach for two months while on holiday. I always feel a really deep emotional connection to summer. It’s not just my favorite season, it’s something that is very deep in my core. It’s those kind of sensory experiences and those emotions that always touch me a lot. And I feel, when I’m next to the sea, on an island surrounded by water, calm. I feel protected, I feel safe. It’s all of those emotions that come up. And this is like those layers that you work with as a designer. This collection is about those different layers and fabrics and textures. The core of me being a designer is working with fabrics. I go to Italian mills who I work closely with. And I just get this instinctive reaction to the fabrics and I feel how I would put them together and what I would create from them. 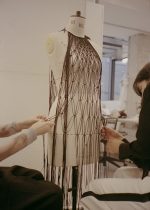 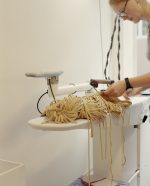 Alice—Do you prefer to have fabrics as your starting point for collections?

Nataša—When you work with the creative mills in Italy—especially the more directional ones—they need to be always thinking ahead, even farther ahead than us designers. They’re in a constant search for new art, new techniques, new developments. They’re always a step ahead. So when I see something and it feels right, I get attracted by that and I dig into it. The woman that you are designing for starts to become clearer. For me, it’s about fabrics but then adding onto that by creating textures. It’s about the craft and the craftsmanship. A designer adds something a bit handmade.

Alice—That’s really interesting because your design process is sensory focused. Fabrics are something that you can touch and that’s what inspires you, rather than coming up with this abstract idea and then trying to put it into reality. How you would define the Ports woman, do you design with anyone specifically in mind?

Nataša—She’s not a fashion victim in any way. She’s quite strong and quite adventurous and free-spirited, I would hope. She’s not afraid to respect herself. She likes quality and she’s a bit of a man and a woman in one. She’s a strong person. 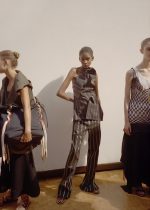 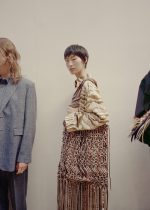 Alice—With the brand being started by a man to design for his wife back in 1961, and now that you mentioned that your team is mainly women. What do you think are the advantages of being a women’s team designing for women?

Nataša—You know it’s really a quick, honest approach because you you dream and let the fantasy go wild, and then at the end of the day you kind of look at it and question how would you actually wear this? What intrigues me is a the idea that she can wear it in different ways. It’s also not so much age-related. It’s about a real woman of many different ages.

Alice—It’s like those treasures that you have in your wardrobe that you can wear for years after you buy them. I also wanted to see where the decision of bringing Ports back to London after showing in Milan came from?

Nataša—My studio which I started in 2014 was always based in London. But because the headquarters of Ports were in Milan which is where they would show, we just ended up following suite. After a few seasons though, it just felt right to come back to London. London feels like home for us. It feels quite natural to show here. Saying that however, I don’t think we must stay here forever. If there’s a need we can go to another city, it doesn’t really matter for us as a brand. We can be a nomadic brand. But for right now, London feels like the right place. It really feels at home. 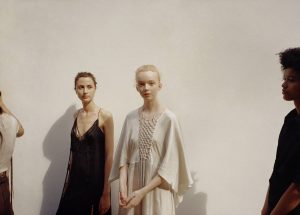 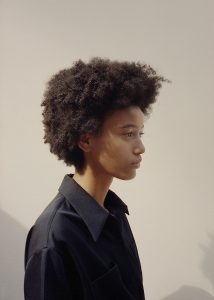 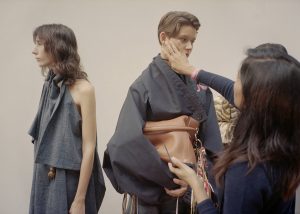 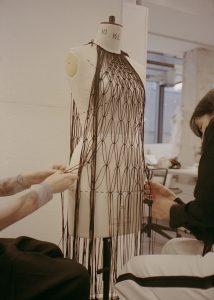 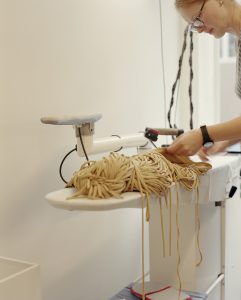 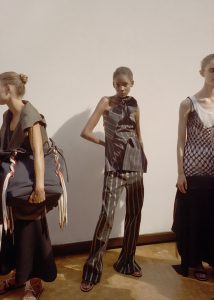 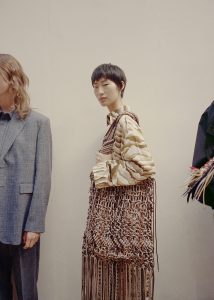 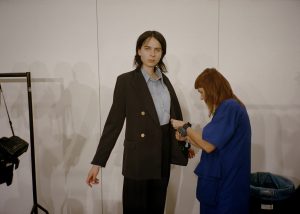 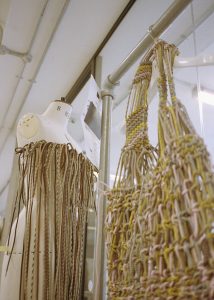 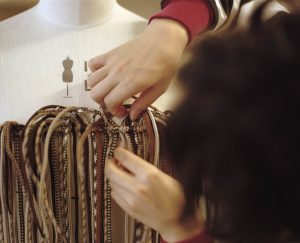 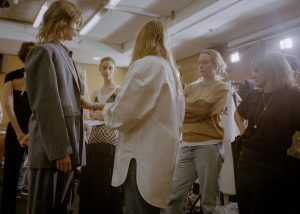