The late Frankie Knuckles and Honey Dijon both brought Chicago house music to New York, albeit in different decades. Here, the DJs reminisce about a pre-digitized music world and the joys of imperfection in a live mix for Document's Spring/Summer 2013 issue.

For our tenth anniversary edition, we revisit a selection of stories from Document’s archive—celebrating ten years of championing the independent creative spirit, and honoring the cultural icons who will shape our future. This conversation originally appeared in Document’s Fall/Winter 2013 issue.

He is known as the “Godfather of House Music.” She plays premier fashion parties around the globe. Frankie Knuckles and Honey Dijon may be from different generations, but both can be credited for keeping Chicago house music going in New York and throughout the world—at everything ranging from sweat-filled, bass-pumping nightclubs to exclusive A-list events—for the last three decades. Here, they discuss their craft, the highs and lows of being an international DJ and how they’ve managed to energize dance floors night after night.

Austin Downey: Frankie and Honey, this is a chat between the two of you. I’m just the moderator. Maybe I’ll steer the chat, maybe I won’t. But our jumping-off point is this—You both brought Chicago house to New York. Discuss!

Frankie Knuckles: That’s really interesting, I actually never thought of it that way.

Honey Dijon: Yeah that’s really interesting, I guess in a way that could be true.

Frankie: When I left New York around 2000, I had a choice between moving back to Chicago or going to London. I chose Chicago. But I’m still a native New Yorker. So in all the years of doing this I’ve never been able to see it from the same vantage point as everyone else. I have to look at my career from the vantage point of you, the press. Or you, the consumer, to see it.

Honey: When I moved to New York in the late ’90s, the Junior Vasquez tribal sound was very dominant. But what I remember most is that you had to go different clubs to hear different things. If you wanted a soulful sound you went to Body & Soul, etc. So I guess in Chicago we didn’t have as much separation as the scene did here at that time? If a record rocked the party, you played it. I wanna hear all these things mixed together. By the way, two people were instrumental in getting me to New York: DJ Gant Johnson introduced me to downtown culture and gave me my name. I was collecting records, I had one turntable. DJ Tedd Patterson asked me to DJ at this place called King, remember that place? Then I played on Mondays at a spot on the Lower East Side called Bob, and someone said, “You know, you’d be a really good DJ if you learned how to mix those records.” Anyway, Chicago house was not really “in vogue” at that time, but I don’t think I ever really changed. I grew up listening to pioneers like Frankie and it was just great. The DJs were fearless.

Frankie: A lot of the DJs on the Chicago scene were always trying to one-up each other, in a good way. They came to be known as the “B-side” DJs [laughs]. They were the ones who always found that hot and crazy track on the B-side of some record and played it when nobody else did. Now, Honey, when you moved to New York, the city was in transition. We still had Sound Factory Bar and that sound system was analog, beautiful. It had been built to my specifications. But they decided to go digital and it. Sounded. Like. Shit.

Honey: I’m getting away from that. I’m playing records again. Not like “all vinyl” or anything, but I feel distanced from Traktor and the software, and I feel like there’s an interface between me and the music and the people. I don’t like it. It can be a great tool, but using it too much I felt like I lost the essence of my craft. I can tell the difference between a Traktor DJ and somebody who’s mixing by hand. I would rather play “live” and you hear the mistakes.

Frankie: With live mixing, you really feel like somebody’s doing something. It’s not perfect! The goal of the DJ is not to sound perfect. My projection when I’m playing is that one person in the back of the room who you just can’t get off that wall. She could be giving you the gas face, with one eyebrow up. That’s who I’m playing to, not a computer. Some mixes might be slightly off. Nothing wrong with that.

Honey: I wanna know that there is a person up there doing something. I think Traktor’s incredible, it works for a lot of people, but I like the humanness of not relying on it.

Frankie: It’s a great tool, but it doesn’t work for me and the people in front of me.

Honey: My Traktor crashed in front of 4,000 people. That changed everything for me.
Austin: Frankie, you mentioned having a different view of things than the press has, because you’re so deep into this career. 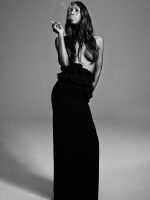 Honey: I’ve wondered about this career, of course. I guess I could do other things … but this is what I do!

Frankie: It’s taken me around the globe, to places I never dreamed I would have been before.

Honey: And people think it’s a rock-star life. They don’t realize you give so much of yourself for hours standing up working. When it’s over, I want to go to sleep. Or be with friends.

Frankie: When I finish playing, I’m so exhausted. Your brain is working overtime trying to keep that energy going. It’s like running a 10K, a marathon.

Honey: Imagine DJing with all those people around, and you get all this energy from people. And the minute the music stops, you go back and you’re by yourself.

Frankie: It depends on what kind of night you had, and what kind of day you had before that. What bothers me is when people don’t respect what we do as a real job.

Honey: I still hear, “When are you gonna get a real job?” [laughs] But the world has changed. There is no job security anyway.

Frankie: Hey, you can’t change people’s minds who don’t wanna get it. And I don’t even try to! 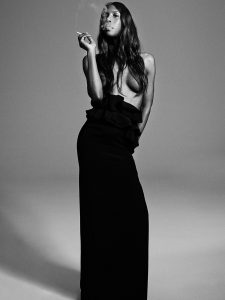