Cody Delistraty is the culture editor at The Wall Street Journal’s magazine, WSJ. He is currently writing a nonfiction book about grief for Harper. Find him on Twitter.

It had to be a novel. The only form that could hold the multitude of ideas that Noémie Lefebvre set out to explore is the one elastic enough to make room for a circular, stream-of-consciousness exploration of history, math, philosophy, war, national identity, and love. L’autoportrait bleu, which was published in France in 2009, has been translated by Sophie Lewis and published as Blue Self-Portrait in the United Kingdom last year and in the United States just this month. A resident of Lyon, France, the 54-year-old author is widely educated, having studied music education, political science, and the national identity of Germany and France, before becoming a political scientist at Sciences Po Grenoble. Lefebvre brings this varied expertise to a novel that operates like a slim sieve for her multivalent interests. In the time since Blue Self-Portrait’s release, she’s already written three more novels, but it’s her debut that has most tantalized the anglophone world.

In Blue Self-Portrait, a woman who’s just met a pianist in Berlin is flying home to Paris and spends the hour-and-a-half flight in a rambling, repetitious, almost frenzied state of thought that’s transmitted to the page in the style of Virginia Woolf’s Mrs. Dalloway—feelings and thoughts becoming one in the same. The traveller reflects on the cinemas and cafés she visited, her lack of education, her failed marriage, and the wisdom contained in the correspondences between the author Thomas Mann and the philosopher and social theorist Theodor Adorno. She frequently reflects in shame at her social failings, working in, for equal measure, the shameful thoughts of Germany and France’s collective history—a tightrope balance between the political and the personal that’s walked so delicately it comes to seem that the individual really could be the collective. In Lefebvre’s hands, the “history of me” becomes the “history of us.”

The book’s structure functions much like a piece of music by the composer and painter Arnold Schoenberg, with whom both Lefebvre and her narrator are obsessed. Repetitions of ideas and words and the identification of far-flung connections arise between characters and ideas across her book. “The conviction that I have written nothing I should be ashamed of forms the foundation of my moral existence,” said Schoenberg in 1931, and it becomes a phrase that repeats throughout the short novel, encapsulating the themes of shame, German moral failings, and the narrator’s love for music—a thematic Rosetta Stone of sorts.

Document recently spoke with Lefebvre, a woman of particular reticence and modesty given her genius, during which she discussed shame, memory, Schoenberg, circularity, the relationship between content and form, and the ways in which a “novel of ideas” is understood in fundamentally different ways by different readers, different cultures, and different societies.

Document—In a note at the end of the book, your English translator writes that “Lefebvre’s dominant key is absurdity.” Is that right?

Noémi—Absurdity might be a dimension of my work, but I can’t say it myself. Only the readers can. Her feeling as a reader doesn’t seem absurd to me. But, in terms of literary movement, no, I don’t feel a tie to absurdism, even if I like some writers that are in this movement. I think those who are considered to belong to this category—and we may include my book in it—attempt to show that the world isn’t absurd but that it’s also not necessary.

Document—Who or what do you align yourself with then?

Noémi—Without belonging to a particular category, for a first novel, some relationships with other writers are often important. They serve as references. I’m thinking about Thomas Bernhard, but also some writers I mention in the novel: Adorno, Thomas Mann. I feel close to them even if it’s not a direct filiation.

Document—Shame is fundamental to your narrator in Blue Self-Portrait, but itseems to have a particularly modern twist in its conception.

Noémi—It’s mostly a feeling of guilt, which is especially present in continents where Christian history is important. Shame is built of representations tied to this distant, yet still present, history of Christianity and Catholicism in particular. Shame, in this novel, is psychological. It’s a reflection towards yourself like confession is in the Catholic world.

I started to see shame as a political feeling, as well, and this political feeling often touches upon social groups who should not be feeling shame. Not so much those who are stronger or in a position of domination. I’m trying to work on this in particular, to think about this pivotal moment when it’s no longer possible to behave in a brutal way, to lie or to abuse people, because it’s shameful. That’s how some political practices disappear. They become shameful. And in this novel, it’s the opposite: shame remains on the side of the victim, of the one who couldn’t resist history.

“The idea was that things happening to us are mainly in our heads. And if they really are in our heads, they can very easily connect to the world of ideas.”

Document—The novel’s structure struck me as influenced by Schoenberg’s “developing variation” to language.

Noémi—It’s something related to what Virginia Woolf had invented with Mrs. Dalloway: the stream of consciousness. A novel built on a given time, a day. For her, it’s a day; for me, it’s an hour. It’s a temporality that carries through the novel. And she delivers feelings, and remarks about who she runs into, and what goes through her mind.  She doesn’t separate perceptions from thoughts, or feelings. Everything is related. So there’s definitely something in the structure I aimed for that’s a friendly nod to Virginia Woolf. The idea was that things happening to us are mainly in our heads. And if they really are in our heads, they can very easily connect to the world of ideas. It can be a bit overwhelming for the reader because they are always in the head of this girl in the novel, but also, maybe, they recognize something of their own behavior.

Noémi—Little by little, as the novel progresses, it transforms concepts. The reader develops ways of seeing through the narrative that help him understand why and how saying things like ‘”e bonheur collectif” (“the collective happiness”) makes sense. There’s no need to describe precise situations, keeping it general makes sense. I also wrote this novel very fast—in six weeks. So decisions were made without realizing it. But then, as I wrote, I saw them appear.

Noémi—I wrote this book the fastest, but it taps into ten years of life. My other books didn’t rely on such a long experience. This one is sort of a synthesis. A present-moment oriented towards acquisition of knowledge, and therefore towards the past. I was able to write it so fast because I didn’t need to research Adorno or Schoenberg. I already had all the material. 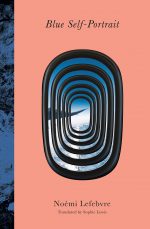 Document—Yes, it really seemed a combination of the topics from your education—music, politics, national identity. How did you decide that a novel was the best form to trasmit all of this?

Noémi—Because scientific or research writing can tell one thing, but literary writing says something completely different. What I can’t say in a paper, I can say in a short novel. When you need to express something, you have to find a medium. Novels give me a lot of freedom compared to academic formats. I don’t have to deal with discipline. It’s a demanding medium that can be considered difficult, but for me it was a space for breathing. It allowed me to experience writing like musicians do with their music, painters with their paintings: a place for creation and not of pure thinking. Creation is important. I like it.

Document—More generally, what do you hope this book can accomplish?

Noémi—I don’t have a lot of ambition.

Noémi—I don’t know. I want to show that we can have a close relationships to the artists we read or admire, differently from our friends or people we’re around everyday. The storyline is not just around my sister, it’s also about what I’ve learned through my readings and artistic encounters. It shows that we use, in our daily lives, the knowledge of authors, things we read, etc. Not only people at university, debating. That’s not what knowledge is. Still, a lot of readers said they were intimidated, and it was not comfortable.

“A novel is a demanding medium that can be considered difficult, but for me this was a space for breathing. It allowed me to experience writing like musicians do with their music, painters with their paintings: a place for creation and not of pure thinking.”

Document—Have you read the book in English?

Noémi—Yes, even though I can’t speak English well. I found it really loyal to the French version. And also with moments of artistic freedom too, when it was necessary.

Noémi—I’m sure of it. In the French literary world, we like mundane discussion, sometimes without paying attention to what is being said. The British reviews I’ve read so far were much more interesting and richer than the reviews I got in France. In France, we separate the message from the style. It’s as if when you want to say something, you just need to find the right style, to apply to the narrative. People will say: “it’s an interesting topic, and on top of that, it’s well written and the style is interesting.” But in reality, that’s not how writing works. Ideas are intertwined with form, they’re not independent. And British readers know that.

Document—From an American perspective, will any of the book ring particularly true to readers over there?

Noémi—The culture of the history of Jews in America is important, much more than in France because many Jews left for America after 1933. This relation to memory is important. I met some Jewish readers in France, who were very affected by the history of the Third Reich and the French position—Vichy, etc. And they really read the book with a special attention, and in a much more educated way than other readers. I think in America, there are more readers who will be curious about it, who will want to tie this book to their own story. Thomas Mann and Adorno were in America, the pianist in the novel too. There’s an unfinished, open reflection in America that might allow one to understand the novel differently.

This interview has been lightly edited and condensed for clarity. It has been translated from the French. 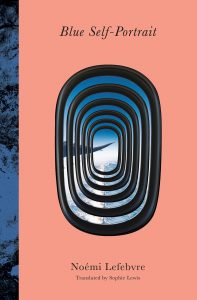