Document asks designers about the rites and rituals that make the moments leading up to the first look ever so bearable.

“AS WE GOT CLOSER TO THE LINE UP, THE POWER AND BEAUTY OF THE WAVES GOT MORE DRENCHING. A SET ROLLED THROUGH, SHINING AND ROARING IN THE LOW WINTER AFTERNOON SUN, AND MY THROAT CLOGGED WITH EMOTION – SOME NAMELESS MESS OF JOY, FEAR, LOVE, LUST GRATITUDE.”

Antonin Tron, the designer behind French label Atlein, is inspired by a reverence for nature, and his pursuits as a surfer. For his Fall / Winter 2018 collection, named after Finnegan’s book, Tron offered an assembly of looks that spoke to the subculture of surfing, the various materials encountered in its practice (liquid jerseys, jacquard sea cashmere, wetsuit zips and functional seams) and the varying states of undress that one finds themselves in between parking lot and point break. Following the show, Tron shared with Document what comes after the energy of the runway has settled—but you can probably guess.

Document—How has this morning been for you?

Antonin Tron—It’s been good because it’s the fifth season and the third show, I think I can truly express what Atlein is about. We started with the jersey, the knit, and, this season, it is the full vocabulary with tailoring and menswear influences and how it all gets intertwined with the jersey. I feel good.

Antonin—It’s a very, very personal collection because it is about my personal obsession with nature and with surfing and the sensuality that I find in this. Just from surfing itself and getting changed in the early morning in the parking lot, putting on the wetsuit and getting ready for the cold, European ocean.

Document—What is your focus right now? It’s such a moment of heightened creativity.

Antonin—It is. The focus has been there since the beginning, it’s a very pared down thing. There’s a lot happening, but we live in a very anxious time and for me, the relationship with nature is the answer to this anxiety, that’s the way I see it. [We are] a French, independent brand, self-financed. I believe this is a sustainable way of doing things, by working with people around you, locally. High fashion—though I hate that term—it is a local economy in Europe.

Document—Are there any rituals you do to keep yourself grounded? Did you manage to go for a surf in the last few days during this snow storm?!

Antonin—No! [Laughs] Unfortunately, since I started Atlein, I haven’t been able to go surfing that much. Very seldom. But I do a lot of sport, I box almost daily, so the physical activity is very important to me. I have a very strong relationship with physicality, and that’s something I try to reflect in the casting, finding an athletic woman with an athletic, healthy body.

Document—Aymeline Valade is quite selective of who she walks for these days. What was the story behind her opening the show?

Antonin—We know each other very well. We used to be roommates and we’re really good friends. I think we share a lot of values.

Document—After the show, what’s the first thing you will do?

Antonin—You don’t want to know! I go back into the showroom! That’s the truth. But next week I’m going to go surfing. It’s going to be very, very cold, but I have a heavy wetsuit.

Document—Have you had any sleep in the past 48 hours?

Document—And what are you most excited about now that it’s all over? 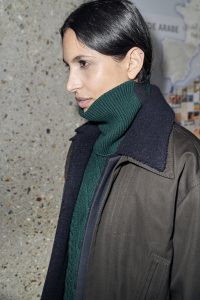 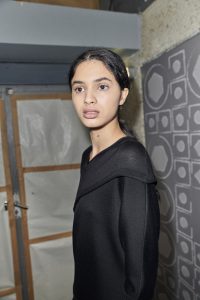 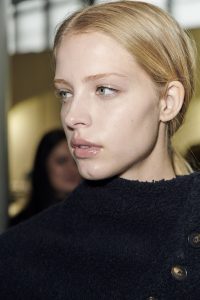 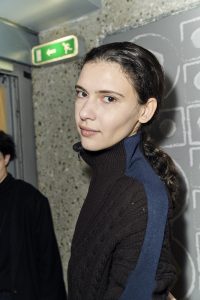 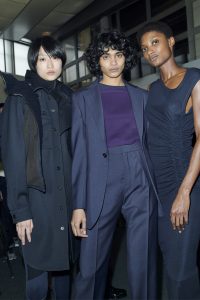 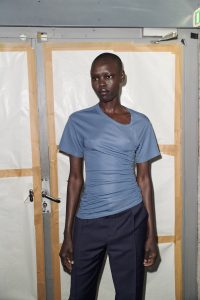 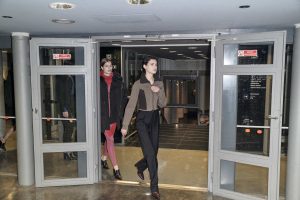 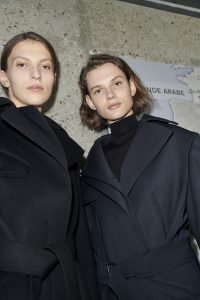 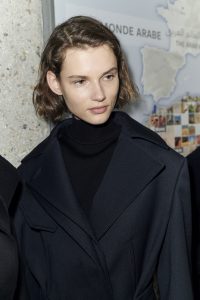