Curator Alissa Bennett details the dark side to Lena Dunham

The actress in conversation with Alissa Bennett, the creator of the biannual morbid zine "Dead is Better."

We were both undergraduates in college when Alissa Bennett and I met, but were under profoundly different circumstances. I was an 18-year-old virgin living at home, borrowing my mother’s blouses and heels in an attempt to look academic. Alissa had foregone college for a modeling career that took her around the world—she was a chic, married adult returning to school, but not, as the Real Housewives say, looking to make friends. She was (and remains) long and pale, like an Edward Gorey sketch, and I found myself staring at her across our Fashion and Identity Formation seminar. Our teacher, a handsome, politically radical black guy in a newsboy cap, often focused his attention on Alissa too; not because she was a model, but because she was the only student not using the class as an excuse to debate the merits of Ugg boots.

It was clear Alissa’s tastes ran towards the macabre. She tended to wear loose black garments, her hair in a mourner’s chignon, and she wrote about subjects like the appeal of the consumptive woman and the fashion choices made by Satanists. One day we were asked to come into class wearing an outfit that truly expressed us. We all picked our favorite t-shirt, our most adored coat, and a pair of novelty socks. Alissa appeared in full Victorian mourning garb—corset, petticoats, a high little jacket, and brooches filled with human hair. She had really fucked the rest of us over. But Alissa’s mysterious appeal was mitigated by her radical empathy, as I learned one day when I sat crying in the bathroom outside class. I had just learned that my beloved cat, Thor, would be put to sleep that afternoon and I coughed on my own tears. When Alissa found me and I told her my story, tears sprang up in her eyes, too. “This is just the most terrible thing.”

More than 10 years later, I was surfing Instagram when I happened upon an account thick with perfect throwback images of some of the baddest figures of the 90s and 2000s, with captions that were more compelling than the work of any mainstream essayist working today. I had been following for a week or so when I realized I had found, through her intimate odes to celebrities lost to vice, my long-lost corseted idol. I knew that soon enough we would cry together again. Later, I discovered her zine, “Dead is Better,” which makes me feel as alive as ripping lines of coke off a toilet seat. It’s artful, wise, perverse, and joyful. Hallelujah.

Lena Dunham—Has anyone ever called your interest in crime exploitative or pornographic?

Alissa Bennett—I have definitely been called disgusting more than once. I think the people who have these kinds of feelings about me haven’t really engaged fully with what I do as a writer. As much as I am attracted to understanding the details of dark subject matter, I am primarily invested in finding avenues to discuss crime or tragedy in a way that telegraphs the empathy or even affection that I feel for my subjects. In a really subconscious way, I pick the things that I want to write about because there is some element of a story that I can see myself in—part of my process is to find out exactly where that mirror is: Am I the victim? Am I the murderer? Am I both? A lot of my texts are really confessional, and I use that exposure as a way of leveling the hierarchy. We are all here together, I’m not here to cast judgment. That is something that you and I have in common, and it’s something that I have always appreciated about you. There are definitely things that I won’t go near; I do not want to understand a person who has murdered a child, and I am really repulsed by serial killers, so maybe the choices I make help me avoid getting labeled as a sensationalist. I’m definitely curious, but it would be devastating for me to ever be thought of as exploitative. I want to make work that is funny, scandalous, and obsessive, but I also want to make work that is tender.

“The thing about bad behavior is that we all kind of get it. We all know what it means to do something and hope that no one ever finds out about it.”

Lena—Lots of people get scared reading about crime, especially at night. What scares you? Do you get any pleasure from fear?

Alissa—I grew up in a very permissive household with parents that let me watch anything. I remember renting slasher movies or watching murder mysteries as a young kid and just looking to be scared. When I was about eight or nine, my grandparents gave me a little black-and-white T.V. set, and I remember psyching myself up to wake up at 4 A.M. so that I could watch the old “A Current Affair” with Maury Povich. There is one episode that aired during the Robert Chambers trial where they showed a home video of him at a party ripping the head off of a Barbie doll—this was at the height of the media blitz surrounding the murder of Jennifer Levin—and I remember it vividly because it just scared the fuck out of me. I am always looking to recapture that in a way. For sure I have experienced things that were really frightening, and I try to use those events in my work. I don’t want any experience or feeling to be wasted.

Lena—What do we learn from bad behavior that we can’t learn from virtue?

Alissa—The thing about bad behavior is that we all kind of get it. We all know what it means to do something and hope that no one ever finds out about it. I like people with secrets because they make the idea of living a conventional life much more exciting to think about. A well-organized library is great, but how much better is it when we learn that there’s a hidden door in one of the shelves? And once you know that door is there, how on earth are you going to prevent yourself from opening it and taking a look at what’s inside? It could be a pile of boring paperwork, but it could also be a box of love letters or a safe full of drugs. Bad behavior is fun; it makes everything a possibility, and, for me, that is the ultimate cure for the mundanity of life.

Lena—Who is our most iconic bad girl currently living and working?

Alissa—Oh, there are so many! In terms of writers, Mary Gaitskill and Lisa Crystal Carver are the baddest and the coolest and neither of them ever disappoint. I really appreciate that both of them have built writing careers from thinking about things that women aren’t supposed to have access to—drugs, prostitution, shame…It takes a special artist to be able to frame these experiences in a way that remains compelling. In terms of crime, I am really into Alix Tichelman, who I wrote about in my new issue. She was a rich girl who cycled through these kind of alt-model/vixen fantasies and ended up accidentally killing a Google executive that she met on SeekingArrangement.com. She hits all the notes for me: There are drugs, there’s sex work. There is a pile of dead boyfriends in her wake. I am not trying to laud her, but she is totally the real-life manifestation of a film noir antiheroine. I live for any kind of social rupture that reminds us that life is never perfect.

Lena—When we read about other people’s bad behavior, what do we call the sickening mix of pleasure, fear, jealousy, and schadenfreude? Why do we need to see others be bad to affirm that we are good?

Alissa—I don’t mind relating to other people’s bad behavior, actually. I don’t mind feeling like, yes, if the conditions were slightly altered, maybe I would have murdered my asshole boyfriend, maybe I could get what it means to be so addicted to drugs that nothing mattered, maybe in a different life I would have poisoned my rival. It’s okay to relate. It’s okay to be able to project yourself into the worst possible scenario and to commiserate. It’s the thing that always fascinates me about celebrity. We love actors or writers because they somehow give us a glimmer of ourselves back. Maybe crime can be kind of the same. I think that women are especially fascinated by social rupture because it is so verboten. We are not supposed to get into fistfights in the street or throw a glass at someone’s face or run over someone in our car in a rage. That voyeurism is often the only access we get to violence, which is why true crime literature or television is so important. It’s a way to act out a series of fantasies that we maybe don’t even want to admit to ourselves.

“Lately I have been really frightened by what being a “good” person means. Am I a bad person because I don’t go to church? Does being pro-choice make me bad? Is it bad that I am obsessed with overdose deaths and murder?”

Lena—Do you think misogyny casts women as devils when they aren’t?

Alissa—Yeah, absolutely. Whose name do you remember more: Andrea Yates or Christian Longo? I am willing to bet that most of our readers will not even be able to identify the latter despite the fact that his crime was objectively much worse. People treated [Yates] like she was Satan and totally neglected the fact that she was profoundly ill and repeatedly failed by manifold social safety nets. We remember her because her actions flew in the face of what we believe womanhood should represent, but Longo is totally forgotten despite the fact that he murdered his wife and small children.

Lena—Is it important to you to be a “good” person?

Alissa—I think it’s important to be empathetic. Lately I have been really frightened by what being a “good” person means. Am I a bad person because I don’t go to church? Does being pro-choice make me bad? Is it bad that I am obsessed with overdose deaths and murder? I think it is getting progressively more dangerous to frame ourselves in these terms, and maybe goodness has to be considered in really simple ways.

Lena—Do you ever fall in love with your subjects?

Alissa—I love them all! Part of writing about each and every one of them is an exercise in falling in love. I have to find the heart of them to have the passion to obsess over them. My research is really exhaustive, and it’s kind of like…could you willingly spend a week in a cabin talking about your greatest failures with someone who you didn’t have feelings for? I couldn’t.

Published in Document No. 10 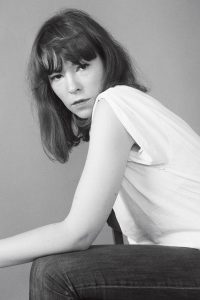 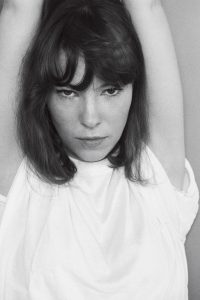