Upon walking into the Vaquera show at the Ukranian National Home in the East Village, one was intitially greeted by a confetti covered seat with a press release written by Jack Sunnucks. “DEAR GOD,” the release read, “IT’S ME, VAQUERA, HELP ME PLAY THE TABLES BEFORE MY MONEY RUNS OUT! WHAT IS MY FATE?” Each season, the 5-year-old brand channels the New York City underground of its birth, transforming the anxieties of perpetual identity crisis into an ineffable type of cool that even the most self-assured attendee would envy, if not at least, to get a taste of the same inspiration that energizes Vaquera.

To prepare for this season, the Vaquera team traveled to Las Vegas to test their luck at the slots and discover Sin City on their own terms. Backstage, the characters in this new narrative did not disappoint. Casting director Walter Pearce sported a massive corduroy bow, larger than his head, holding his hair back in a tiny pony tail with a matching suit. Walter’s mother, an activist, wore a roulette table dress and a felt green coat that mimicked a billiards table. Rachel Chandler, a new mother and the other half of  the Midland Agency, walked the runway, as well, dawning a voluminous christening gown. Other characters included a devil, a nun, a “sexy widow,” and a virgin bride that finished off the presentation by stomping down the runway holding a bedazzled, torso-sized crucifix complete with rosary beads.

The collection paid homage to other idols, outside of those being worshipped within the label’s religious vernacular, in the least ambiguous way possible. These idols, fashion idols, of course, were celebrated by Sharpie-ing the faces of Vivienne Westwood, Andre Walker, Miguel Adrover, and Martin Margiela onto various drop-waist polo dresses styled by Emma Wyman, who sat at the helm of Vaquera for the past 5 seasons, helping to shape them into the brand that has become home to New York’s fashion misfits. 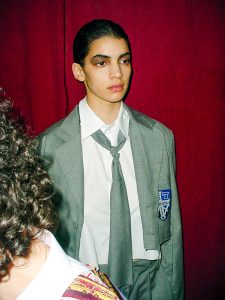 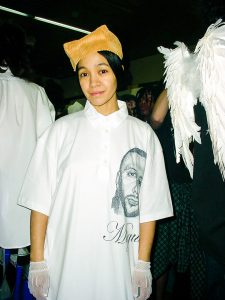 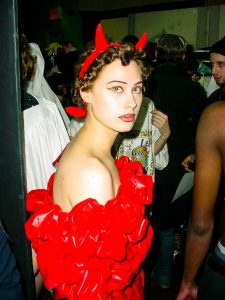 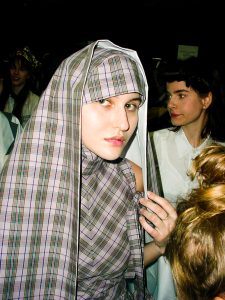 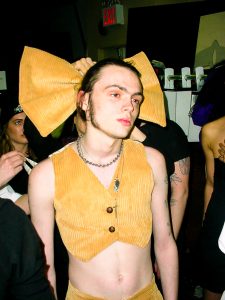 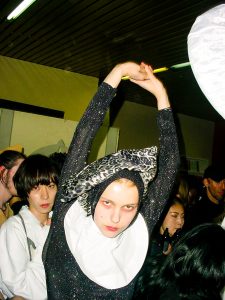 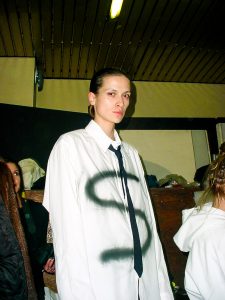 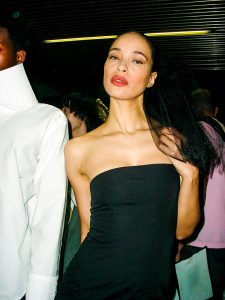 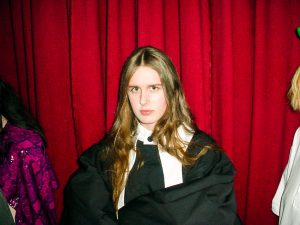 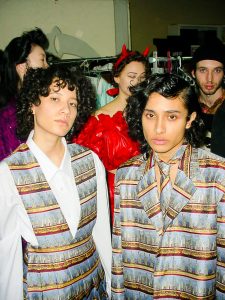