Afflicted with a post-show loss-of-voice, but bolstered by a (particularly) throaty laugh and a renewed sense of calm in the moments before her Autumn Winter 2018 show, designer Roksanda Ilinčić shared with Document her pre-show rituals. Despite a sleepless night before the show, Ilinčić’s latest collection was an assured assemblage of liquid satin, Hygge-ready woolens and frothy tulle confections in an epicurean palette of eucalyptus, biscotti, limoncello, pistachio and merlot. Inspired by the work of Parisian artist Caroline Deveraud, the presentation marked the end of a months-long creative marathon for Ilinčić and her team.

Divya Bala—What has your morning been like following the show?—

Roksanda Ilinčić—I completely lost my voice last night. I was in the middle of a sentence and it just went, so this morning I have been resting.

Roksanda—In some ways you feel relieved that things are over and that everything went as planned and then at the same time you feel sad that it’s over and slightly lost. It’s such a tense period to calm down after.

Once a journalist told me “I don’t know why designers are so shy or averse to talk about their collections after the show.” It’s not about not wanting to give an interview, it’s about being exhausted—you want to collapse. There is so much energy, mentally and physically, that goes into the show. But at the same time, I would like people to come and give me a hug! It’s quite a mixed emotion. You’re happy that this collection is finished but at the same time something is empty within you.

Divya—Have you been able to sleep?

Roksanda—I think because there are so many things that I personally have to think about, not just the clothes but everything that goes around them, from the music, to the venue. Everything you see has passed my ears and eyes and hands and there’s so much going on that I personally struggle with sleep.

If I do sleep, I wake up many times a night. There’s so much emotional pressure, too, that I didn’t sleep well for months. I’m very, very glad to be doing two shows a year because otherwise I would be without sleep all year! 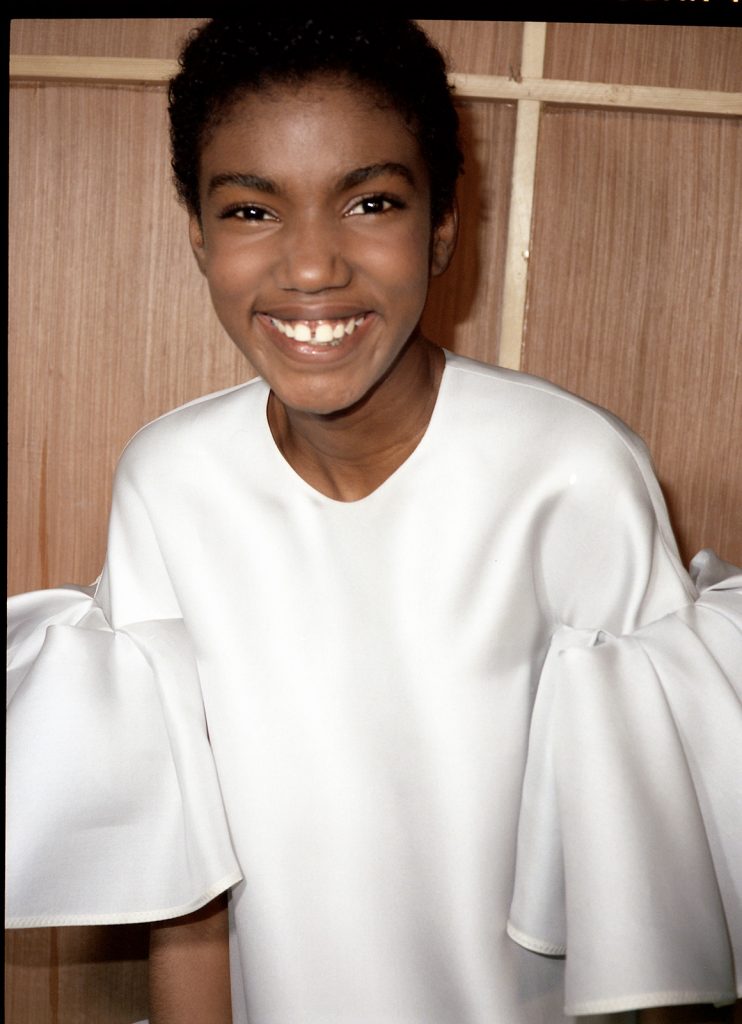 Divya—What time was your alarm set for the morning of the show?

Roksanda—6 a.m. And we had finished the fittings at midnight the night before. I didn’t go home after the fittings, I had to wrap up the presentation music for when people walk into the space which kind of comes secondary to the show soundtrack, but it’s also very important. Then, some technical things like guidance to my team, finishing and touching up certain pieces. So I didn’t go to bed until maybe 2 a.m., so I had about four hours of sleep.

Divya—Do you have a ritual on show day?

Roksanda—I usually don’t eat at home, I just get to the venue, and my ritual is to just have a chamomile tea there. I never ever manage to eat before the show!  But, straight after the show, I take all of my team, and we go celebrate somewhere after the show and eat together. I don’t drink, but the team was having lots of fun.

Divya—What do you do to keep grounded in the days before?

Ilinčić—I don’t have time to take a moment for myself—I wish I could but there’s far too much going on! I always try to have good food and try to be as healthy as possible because I think that helps keep you going. But even with doing all that I’ve lost my voice!

Divya—Do you have any trinkets or talismans that you keep around you during this time?

Roksanda—Yes, I have a necklace that my mum gave me. It has three different charms that I was given at different points in my life. For instance, when I had my daughter. For me, it’s really not how it looks but what it means, so I have that around my neck and they are my version of lucky charms. I would never change them, they are not at all fashionable but they have strong emotional value.

Divya—Following such a heightened moment of creation and excitement, where is your focus?

Roksanda—I try to switch it off, but I can’t. Perhaps, today, it’s switched off because I am sick. But I think immediately when I get back to the office, it happens again because we have the next collection to work on. I’m looking forward to getting back to the library and starting another collection. It’s relentless! But for today, back to bed. 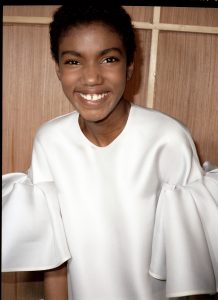 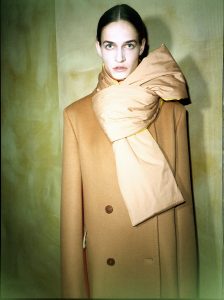 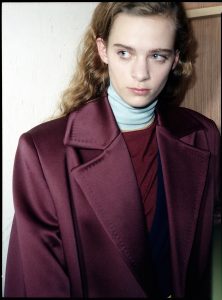 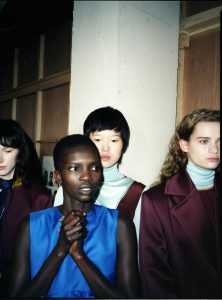 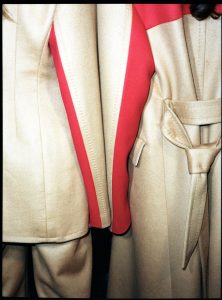 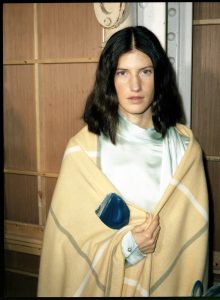