LFWM 2018: Cottweiler Wants to Make Sportswear to Obsess Over

Amidst the damp buzz of London Fashion Week Men, the design duo Cottweiler, co-designed by Matthew Dainty and Ben Cottrell, sits down with Document’s Alice Lefons about information overload, their desire to bring a new level of craftsmanship to sportswear, and the intimacy of their runway shows.

Alice Lefons—How does it feel the day after the show, after you’ve tied up the collection?

Matthew Dainty—After the show I tend to not look at anything until the next day. There are so many emotions when you do a show, and because we’re backstage, we don’t see anything that happens out there. We just hear people’s feedback. We have a very close team and everyone’s very honest with us. So when everyone’s like “We love it, but you need to do this and this differently,” we take all the feedback in and then we sit back and watch the video and discuss [the show] privately between us.

Alice—A lot of brands have made their fortune over logo and branding, and you don’t do that—is that a conscious decision?

Matthew—It absolutely is. We wanted to build something that had longevity and a long term plan. It was born out of our friendship and we didn’t want it to be a fad or a logo. We felt [branding] was oversaturated; and it’s just not our personal style either. We’ve been friends for a long time, and we used to buy sportswear and color in the logo with black marker, and then take in the leg to customize it.

Ben Cottrell—We started slowly building the brand while working immediately following school. We’d finish our jobs and work in the studio until midnight and then we’d work throughout the weekend. It pushed us to realize that if we really worked hard at this now, we can at some point leave our jobs. But it took eight years for that to happen. (Laughing.)

Matthew—Well we weren’t in any rush. We were very conscious about not overexposing ourselves on social media. For us it wasn’t about bombarding people with information, it was about planting a seed into people’s imaginations and building something that was recognizable over a long period of time. As things have grown and we’ve matured and as we’ve travelled around the world we’ve found a slightly different message and aesthetic. It’s funny, we do things now and, even in this collection, we’ll be like, “Wow, that’s something we made in the studio eight years ago.” (Laughing.) So we haven’t veered too far off from the original garment, but the fabrication and technology has developed quite massively.

“We see ourselves as a fashion house, as the future of what British fashion can be.”

Alice—There was this backpack that you made out of plexiglass, with a rock inside, and when the guys were passed by you and you tried to take pictures, the light was reflecting on them, almost like they were minerals.

Matthew—The most important thing is for people to walk into a show, feel an experience, and for it to envelope them. For them to really get into it, it should be a sensory experience. It shouldn’t just be 20 boys walking up and down a white runway. We don’t want people to come in, watch it, then leave.

Ben—We don’t want people to feel like they’ve just been to another venue, another show.

Alice—You can always just look online afterwards to see the clothes, but I will only remember a show because of the experience.

Matthew—It was definitely the most intimate show we’ve done. We put so much time and effort into creating a collection that had a lot of interesting fabrics with a lot of detail. We wanted people to be up close and to create this almost intimidating environment. We like to play around with people’s emotions and to also convey what we’re feeling. The intimacy was something we’d never, to that extent, done before.

Alice—Was the Mulberry collection customised by you in the studio?

Matthew—Yes, we had another workshop with a whole team of people who worked on the Mulberry pieces. It was a huge project and collection for us with a lot more details and a lot more accessories.

Ben—We wanted to push it and we wanted to expand the collection a lot more. We always spoke about being a lifestyle brand, but it got pushed into the direction of being a sportswear brand. This season we wanted to push the leather and knitwear. We’ve been partnering with the Woolmark company and we’ve been researching Merino wool a lot over the past six months. Really working with natural fabrics and trying to change the perception of being a sportswear brand,—while also working with more classic cuts and silhouettes. 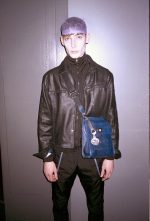 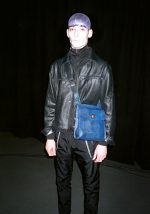 Matthew—We really wanted to push it on the fabrication side of things and do something unexpected. Obviously the collection still consists of our core range, but it’s just been layered with more silhouettes. And we’ve tailored the tracksuits even more because we’re constantly refining them every season.

Alice—Where did the Mulberry collaboration originate from?

Ben—It’s not expected in sportswear. Sportswear has just always been something to do sport in and not something to look at and to touch. It’s been important for us to combine the two.

Matthew—When you wear it you discover that these sport inspired pieces are made from a tailoring angle. Everything is fully lined; you have facings and hidden, concealed pockets within those linings. You have a shaped sleeve that you would get in a suit. Those are things you discover as a customer when you put it on and wear it for a while. That’s when you can start to understand what that cut is. With Mulberry, it was about challenging the idea of “new” in a glossy way. Distressing something and finding a balance in something that looked slightly fucked up, but was still really new, well thought out, and luxury. In the same way that the knitwear was made and was customized, Mulberry was about taking a classic style and refabricating it and changing people’s ideas of what that is. 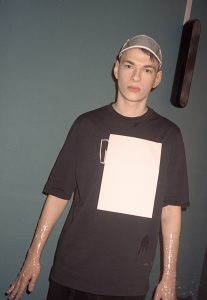 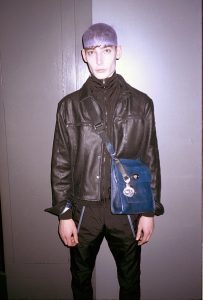 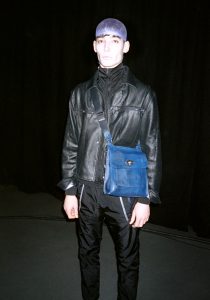 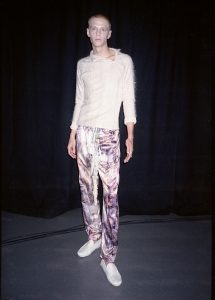 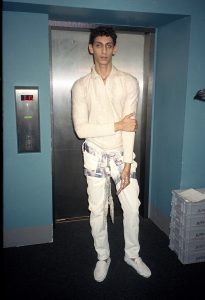 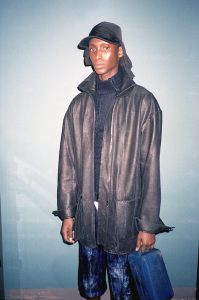 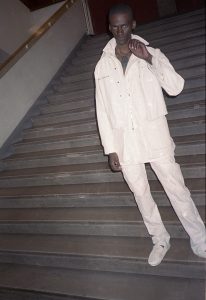 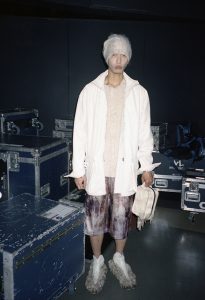 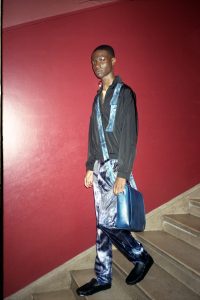