This Saturday, May 7th, marks the curatorial debut between Red Hook Labs and new global media platform Nataal. Co-founded by Alassane Sy, Sara Hemming, and Helen Jennings, Nataal highlights contemporary African photography, fashion, music, and arts. The show in Red Hook Labs waterfront space in Brooklyn features documentary, fashion, and portrait photographers, both emerging and internationally reognized, and explores diverse themes and narratives including notions of belonging and identity, pubic and private, and past and future. Co-founder Helen Jennings catchs up with Document‘s Drew Sawyer in advance of the show.

Drew—Nataal is a fairly new platform dedicated to art and culture in Africa. How and when did it start?

Helen—Nataal launched last September but the idea has been a long time coming and an organic process. Sara, Sy and myself started talking a couple of years ago when Sy had the idea to do a film festival in Senegal. At that time I was editor of Arise magazine and Sy had just starred in Andrew Dosunmu’s film Restless City. The concept evolved to become a global media platform celebrating contemporary Africa. We’re London-based and have started out as a digital platform with the trajectory of moving into print and events.

We’re motivated by celebrating Africa’s creative scene, from art and film to music and fashion, which is making waves across the continent as well as internationally. Nataal offers long form features, visual essays, fashion shoots and a virtual gallery that aim to be the voice for this new mood.

Drew—How did this collaboration with Red Hook Labs come about?

Helen—Sara had an existing relationship with Jimmy Moffat, who has been a huge supporter of Nataal from the beginning. He is interested in nurturing young photographers through his new space Red Hook Labs and so offered us the opportunity to co-host and curate an exhibition during Frieze and 1:54 art fairs. We’re excited and grateful to have this opportunity to do our first show and put our mission—to promote up and coming African talent—into action.

Drew—What was the initial idea for the group show?

Helen—We decided on a group show of contemporary artists from across Africa and the diaspora. There is no one message. We didn’t select photographers to tell one story or to fit pre-ordained themes. We want to tell multiple stories through fashion, portraiture and documentary images as a means of dispelling clichés and myths spun by traditional reportage photography and as a way to inspire the audience to want to know more about the tastemakers coming out of Africa today. Each artist has his or her own outlook, ranging from simple to fantastical, which provide snapshots of the huge diversity of Africa’s visual language today.

Drew—You’ve selected work by six photographers. Who are they and why do you think their work in particular is important?

Helen—Atong Atem is a young artist from South Sudanese by way of Melbourne. Her work explores postcolonial practices in the diaspora and the relationship between public and private spaces. She tackles the politics of race and gender and class head on. We’re showing her series Third Culture Kids, which is something of a homage to legendary African studio photographers such as Malick Sidibe, Seydou Keita and Phillip Kwame Apagya. Delphine Diaw Diallois is an established French Senegalese artist living in New York. She’s currently spending a lot of time in Dakar and St Louis shooting her extended family. For her it’s about documenting that journey, freedom and community. Kristin-Lee Moolman is from Johannesburg with a strong background in fashion—she’s just shot a campaign for Edun. Her work explores the idea of creating a fictional mythology or place based on the complicated patchwork of identities and allegiances that is living in South Africa now. Her characters are bold, unconventional and challenging. Lakin Ogunbanwo from Lagos creates enigmatic images with an erotic and subversive undertone that bridge both fashion photography and classical portraiture. This series, entitled Are We Good Enough, focuses on traditional men’s hats and what they say about patriarch, style ad heritage. Namsa Leuba is interested in the representation of African identity through the Western imagination, informed by her own mixed race heritage (Guinean/Swiss). We’re showing some of her studio work that has a colour pop energy and theatrical grandeur. Owise Abuzaid is from Cairo and another emerging name. He focuses on creating abstract views of his surroundings that shine a new light on Egypt. His Yellow Shirt series, for example, sees him place said yellow top in spots that tell an alternative biography of his own life.

Drew—This sounds like a very diverse group. Are there some common themes that brings their work together and relate to contemporary African photography and culture now?

Helen—The exhibition is really all about six artists and their own unique perspectives on contemporary Africa. For example Lakin’s Are We Good Enough series is a reflection on traditional men’s hats and what they say about their wearer in Nigeria’s patriarchal society. Kristin wants to create fantasy narratives and characters that comment upon the young born free generation in South Africa who are rejecting labels of all kinds—race, gender, sexuality. etc. Viewed together the message is that young artists such as these have a fresh outlook that is socially engaged, authentic and gaining traction fast. It’s also a breath of fresh air to the increasingly commercial and self-referencing international art world.

There are some common themes in that most of these artists are concerned with postcolonial identities and redefining Africa’s future. And they all fit into Nataal’s mission to explore and debate positive portrayals of the continent. It’s about changing the negative narrative that often revolves around Africa through creativity. 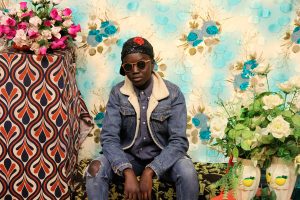 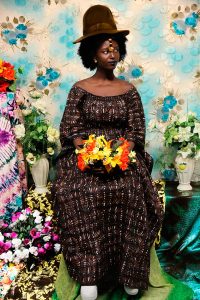 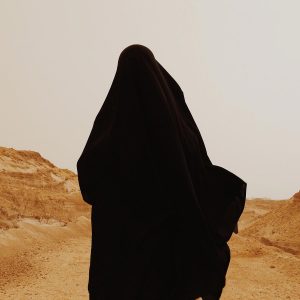 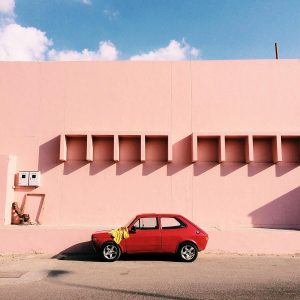 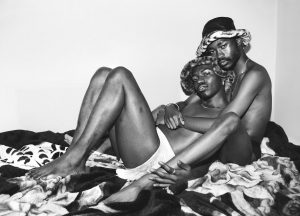 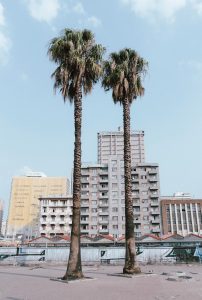 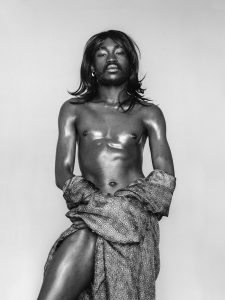 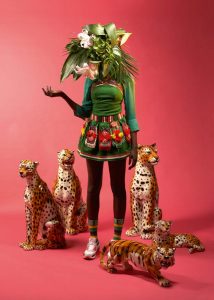 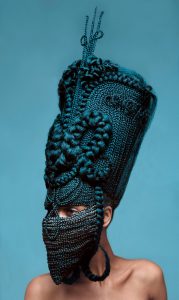 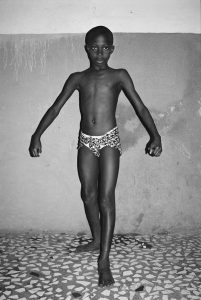 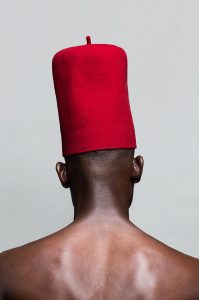 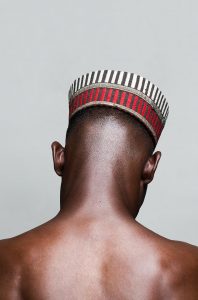