Meeting with Tom Sachs in his downtown New York studio, one has a sense of stepping into a laboratory. Paint bottles are arranged perfectly; an assortment of any colored tape is neatly stacked; bottles of alcohol—full and empty—even have their own space. It’s an environment of controlled entropic creation. The artist, best known for his bricolage assemblies has collaborated with the filmmaker—and former Sachs studio assistant—Van Neistat on several films, the most recent being A Space Program. In 2012, the Armory Show hosted Sachs and his large scale piece A Space Program: Mars. And during the demonstrations, Neistat filmed the footage to be later assembled into this film-sculpture. Document‘s Blake Abbie and Anna Alek visit and speak with the artist and filmmaker ahead of the theatrical premiere of A Space Program.

Blake Abbie—So, how did you two meet?

Tom Sachs—We met on the street. Van had just finished his movie, Holland Tunnel, where he road his bike through the Holland tune during rush hour and faster than the cars.

Tom—You had a homemade camera rig on you bike that was shock and steady proof. I was walking down the street looking at stuff—it was an unusual thing. As a total stranger you said, “I made that.” A few weeks later a mutual friend introduced us. We started working together in the studio making sculptures and Van and his brother Casey started making videos. The iMac DV [Digital Video] had just come out—it reinvented filmmaking. It made it possible for anyone to make a movie. Van, you like to say that it took a while to find your calling because it hadn’t been invented yet: a cheap video that you could shoot a movie with a $100 camera.

Van—Mine was $900—used! That [Sony Handycam] TRV9 was the first thing I bought on eBay. That was like fucking blood money for me. The computer was $1,200. In one year a video-editing platform went from $40,000 to $1,200. I didn’t pay rent that month, and I bought the green iMac DV because it was the cheapest one; the pink one was $100 more. And so we smuggled cameras into work, which was unauthorized. Tom was building this fucking incredible installation.

Van—Oh yeah, I guess we made it. I just shot this movie one day, which starts off with a shot of a Stanley PowerLock tape measure. I was working one day and I looked at it and noticed instead of it saying “ Stanley Power Lock”, Tom had trompe l’oeil-ed “Kubrick is dead”.

Van—I showed this first film to Tom and thought he might fire me because I was doing it on the clock. But he said, “Ok you have to keep building the sculptures, but make as many as these as you can.”

Blake—Was that the first time you thought about documenting the process?

Tom—I never really see these as that, but I guess they are. I always wanted a documentary and never thought that it would be an art project. All these movies are sculptures: there is a transparency; there is a kind of flaw; they aren’t polished; they are rough and fast, but also concise. Those movies were the first time I saw that someone could document something and it be a work of art. There are few other artists who have done it, but those were boring. Our movies are never boring. A lot of great filmmakers make riveting movies but put you to sleep. And they make you angry because they don’t have a beginning, middle, and end. Those artists are the enemy and benchmark of what we are not trying to make. When we made those movies, it was collaborative; [Casey and Van] were working as a team and I was the producer; I just kept telling them to keep remaking it over and over again.

All these movies are sculptures: there is a transparency; there is a kind of flaw; they aren’t polished; they are rough and fast, but also concise.

Van—Tom would also get us outside gigs that paid well. A collector would say, “My boyfriend is turning 50, can you make a movie for his birthday?” Tom was like “ Just hire these guys.”

Tom—We did it in Beverly Hills at Gagosian Gallery and made a pretty shitty movie. I really don’t like to show it.

Van—I love the spirit of that movie because it’s direct. There is nothing but the actual space mission on it. There is no other narrative. It’s pure.

Blake—Does it have boring sections?

Van—It’s boring because you don’t really know what is going on.

Tom—We made the next space program called Space Program: Mars in 2012. Van left the studio in 2005 to work on his show, The Neistat Brothers. After that was done shooting, Van and I shot 10 Bullets and the sequel Color in 2010. When 2012 rolled around we were getting ready for Space Program: Mars which took about a year to build. In that time, we made three movies in a row: How to Sweep, Space Camp and Love Letter to Plywood, which were really around the space program. When you see A Space Program you see those cut into it. Those were the bones for the stock for the real movie. When we shot at the Armory, we shot what we could and did the postproduction in this room.

Blake—Was there always an intent for there to be a film?

Van—There was intent, but I wanted to take advantage of Tom’s busy-ness and shoot it really casually with no tripods. The show at the Armory ran for five weeks so there was an opportunity to get dolly shots and close up shots.

Blake—Structure is very important to your work. Was there a structure?

Tom—We did it backwards, we fucked up. We broke one of Van’s and my main rules of filmmaking, which is make the rules before you start. And it was very painful because we didn’t observe that.

Blake—But in the project there is a beginning, middle, and end.

Van—Yes, that went in our favor.

Tom—We tried a bunch of experimental things in the middle: there was a big relationship between the astronauts that we felt we had to do to keep it interesting to different demographics, but that was too hard to do with the sense of authenticity. We tried a bunch of things and if they felt corny we cut it. We trimmed back the fake stuff which is hard to do to create fake stuff when you are so dedicated to making everything as real as possible. We never do Hollywood. And if we do, we do it so realistically you don’t notice. If you are going to fake it, you need to fake it all the way. 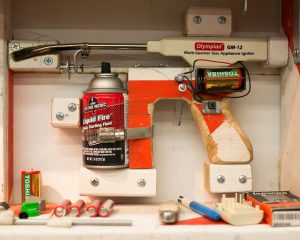 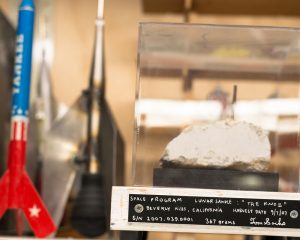 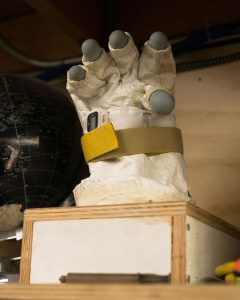 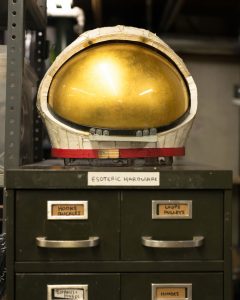 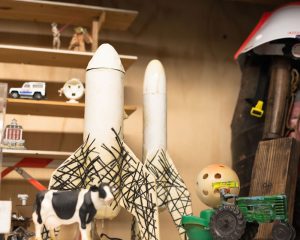 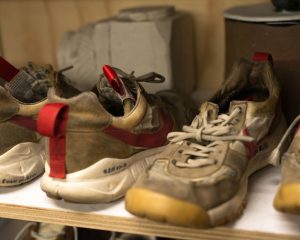 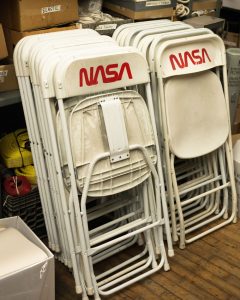 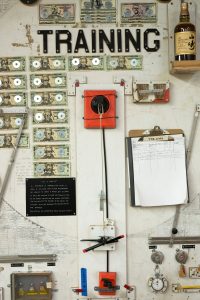 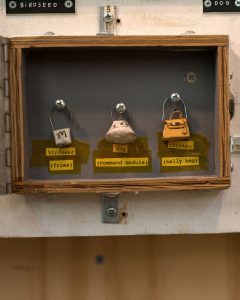 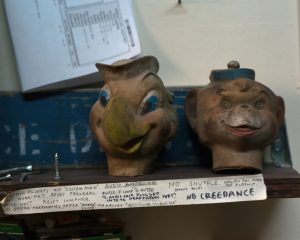 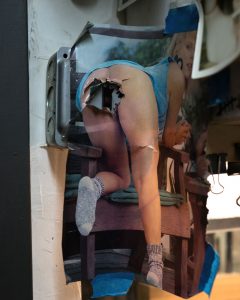 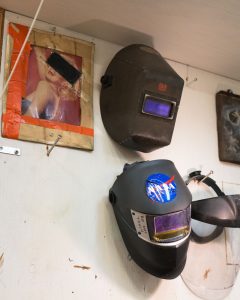 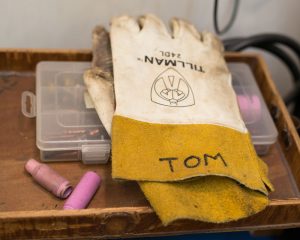 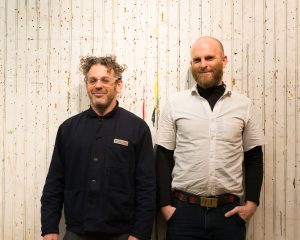