“There is never one way to read an image.” The photographer explores nightlife, a fearlessness of the body, and political activism in this portfolio for Document's Fall/Winter 2015 issue.

Over the past two decades, Wolfgang Tillmans has come to appreciate the promise of a blank page—or two or ten or 12. The “free association magazine insert,” as he likes to call it, has become a special medium for the German artist who, in 2000, was the first photographer to receive the Turner Prize and who just had his debut show with David Zwirner gallery in New York this past September. Tillmans regularly includes laid-out pages in his exhibitions. And he approaches assignments like this one not as an opportunity to promote new work, although new work inevitably comes into play, but as “a meditation on what is going inside me and my interests.”

While the photos on these pages were all taken within the last few years, the interests to which they allude—the power of nightlife as a quasi-spiritual activity, a fearlessness of the body, political activism or voicing, and standing up for one’s beliefs—have been the subject of Tillmans’ creative exploration since he first picked up a camera. The inclusion of dates (“1969 was 25 years away from 1945,” “24 years back from now is 1992”) underscores Tillmans’ ongoing fascination with the perception of time: Events are actually much closer and much more interrelated than we tend to think, he warns us; the joys and pleasures we take for granted are constantly under threat. The physical layout, the layering of photos to the point of obfuscation, is yet another point of reflection in his worldview.

“The way I look out the window now, parts are clear and other parts are obstructed,” says Tillmans, calling from his studio in Berlin. He does not retouch or manipulate his photos (when real life allows for so much absurdity and so much beauty, what would be the point?), but has discovered a very powerful image-making tool in InDesign, “the only one I know how to use,” he says, laughing. “I don’t want to tease you,” Tillmans insists. But true to life, “we never see everything revealed.”

As if to further prove his point, the portfolio is bookended on the one hand by a subtly suggestive photo of a tangle of legs and arms, and, on the other, by a quite in-your-face close-up of the male anatomy. Which of the two is the more provocative? “There is never one way to read an image,” Tillmans insists. In the end, it comes down to what we are able to see versus what we choose to see. 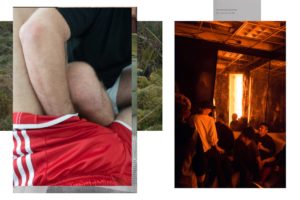 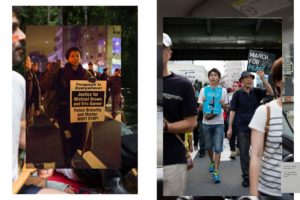 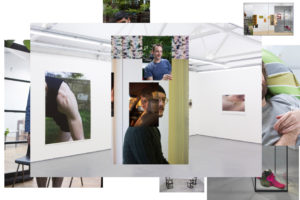 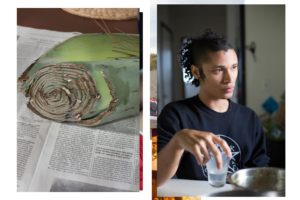 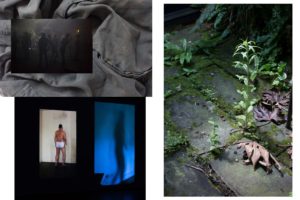 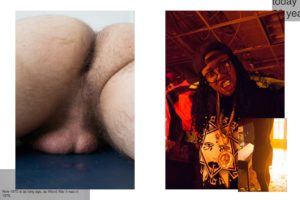