In our second installment, Photographer Thomas Giddings and Art Editor Drew Sawyer sit down with some of the festival’s most fascinating contributors, Natasha Caruana (exhibiting photographer, “At first sight”)  Hans Ulrich Obrist (co-director of programs and exhibitions and director of international projects at Serpentine Galleries) and Stephen Shore (seminal photographer and featured exhibitor) to speak about their involvement in the festival and where photography is headed, globally. Produced by Max Hirschberger.

You were the winner of the 2014 BMW Residency at the Musée Nicéphore Niépce. How long is the residency and what was your project while there?

The award was announced during the festival Rencontres d’Arles 2014. I took up residency at Musée Nicéphore Niépce shortly after. I stayed in Chalon-sur-Sôane between September – December to shoot the photographic series and create the documentary with filmmaker François Goize. At Christmas I returned to London and began working on the book commuting between London and Paris.

Last year I fell in love at first sight and wanted to use the residency to rationalise the experience. Using photography, scientific experiments and educational diagrams, I set out to explore the conditions and circumstances known to be conducive to falling in love.

My art practice draws on my own experience as a catalyst for exploring the universal themes of love, fantasy and betrayal. Last year I fell in love at first sight and wanted to use the residency to rationalise the experience. Using photography, scientific experiments and educational diagrams, I set out to explore the conditions and circumstances known to be conducive to falling in love. The project ‘Coup de Foudre’ brings together the results of these three strands of research through photographic portraits of individuals or couples who have fallen ‘at first sight’; scientific diagrams of the heart and circulation systems; and photographs of locations used for scientific love experiments or re-enactments of real experiments originally set up and described by psychologists.

Did you propose the project or did it come about when you were there?

The work I proposed on my application at the start of 2014 was different to the love at first sight theme I began working on during the residency. The project changed because between those 8 months of submission to starting my whole life changed after I walked into a pub and my eyes met Simon’s.

I was married to Simon on Sunday 31st August, then 60 hours later I packed my bags and left my husband for France. This unique experience inspired me to use the three month residency to explore the phenomenon of love at first sight; I was now alone and I wanted to figure out if I’d just made the best of worst decision of my life!

Can you tell us about any upcoming works or projects?

It’s going to be a busy few months ahead! I’ve got a packed schedule with exhibitions, book launches and new commissions.

I have the BMW ‘Coup de Foudre’ book out and the new ‘Married Man’ book published by Here Press launching this Autumn.

Also, Open Data Institute, London runs the ‘Data as Culture’. This art programme has invited me to be their ODI Artist in Residence until January, 2016. During the residency ODI is hosting a solo show ‘Love is an Act’ of my recent existing work. I am being given open access to the ODI in order to research and develop a concept for a new artwork, responding to or working with open data.

My work is formed from autobiography so it’s hard to forecast what exact twists and turns my work will take next. My primary medium is photography but at times can employ performance, texts, sound, drawings, online materials, objects and film. Each project is often built around singular questions, often taking an ethnographic approach to research. I gather data from subjects by placing myself into their circumstances and by building direct relationships with them. In ‘Fairytale for Sale’ I posed as a bride to be, for ‘Married Man’ created a persona of a woman seeking an affair and as mentioned in ‘At First Sight’ I included myself and my new husband amongst the study group of people who had fallen in love at first sight.

You participated in the Roland Barthes centenary program (the well-known French author was born in 1915) at Arles. Why have Barthes ideas about photography been so lasting and influential?

The Roland Barthes conference was a wonderful experience, organized by the Swiss novelist and curator Bernard Comment. He had the idea to do a conference during Les Rencontres d’Arles with the Luma Foundation. Bernard was commenting on the format, how it wasn’t just a panel.  The way people were invited was like a Russian Matryoshka doll. There was a diverse panel such as Randolphe Burger and Jean-Paul Curnier, the Barthes scholar, as well as Bernard Comment himself. We wanted to have him speak about the new mythologies of Barthes. He’s very fascinated by Barthes’s book “Mythologies” and his idea for “new mythologies” book that almost functions as a group show, rather than have one author write all the mythology and have a kind of a polyphony of mythologies. I don’t think that now one person can have all the mythologies of all the contents. We live in such a complex world with polyphony of authors as a tribute to Barthes. For me, it’s always interesting to produce reality in an exhibition or a book, for me it’s a curatorial space. We launched this project for this book, which we hope will happen.

The work of photography was relevant and needed to be celebrated in Arles. When I was a student, I discovered the idea of books being experiments into microanalysis as a great inspiration for me at the beginning of my trajectory.

Barthes’, “The Empire of Signs”, isn’t about photography, per se, but he wrote about the system of signs and Japan and about this ethics of the sign, which remains a toolbox for many artists and photographers. He has really revolutionized our approach to photography and, “La Chambre Claire” (Camera Ludica), is an incredible reference if you think about the image. He wasn’t a photography expert, but he offered unexpected perspectives and gave a new interpretation of images. It remains one of the most read books in the photography world that wasn’t written by a photographer.

The work of photography was relevant and needed to be celebrated in Arles. When I was a student, I discovered the idea of books being experiments into microanalysis as a great inspiration for me at the beginning of my trajectory. Barthes also developed the idea of the fragmentary discourse, which is interesting, because it allows a conversation because various texts and authors, both past and present. It’s a new composition of discourse. This relates back to our idea for new a mythology book, which will be a polyphony.

Do you have a favorite quote by Barthes that you return to again and again?

One of my favorite quotes by Barthes is from the magnificent introduction of Chantal Thomas’ “Pour Roland Barthes.” Chantal Thomas was one of the people Bernard Comment invited to curate one of the panels. This is without a doubt the rewriting of the text of the work, the text of our life. It’s a very beautiful text of Roland Barthes. She says there are different aspects in his work—the love for language, which is very clear in his work, and this idea which makes us care, is that he questions a society without diversity and the communication within society. Early on, he recognized the danger of the idea of homogenization. Difference instead of conflict is a very important point inspired by Barthes. This idea that Chantal speaks about is a reading of singularities, which brings us to my favorite book by Barthes, “Mythologies,” where he analyzes the naiveté to slogans, publicity, fashion and propaganda, which lacks humor. He opposes that. That’s the most important thing for me, “to stay in the present.” What inspires me about Barthes’ works is that I have a perpetual desire to pick up the books because they don’t read like theory, but philosophy.

My participation for Arles is in the core group alongside Maja Hoffman and the Luma Foundation. Maja puts together a group of people she calls, “the core group”  to plan this experimental art venue, designed by Frank Gehry. It works towards the goal of Maja’s Luma Foundation, to connect art and photography to ecology. We took a step towards that goal through creating an exhibition by the beach, which took place in the Roman amphitheater in the historic Versailles, which could be visited by tourists and locals. We’ve curated various different shows. A few years we curated the “Discovery Awards.” This year, my colleagues Beatrix Ruf and Tom Eccles curated the Tony Oursler show at Arles. Last year I co-curated the show “Frank Gehry – Solaris chronicles,” with Liam Gillick and Philippe Parreno. So, sometimes it’s all of us working on a project, or sometimes just one or two of us, it varies.

For the past year I’ve mostly been using my iPhone, photographing wherever I go.

The festival is hosting a survey exhibition of your work, which premiered at Fundación Mapfre in Madrid last year. Retrospectives often rethink our understanding of artists works and careers. I’m curious if, in the process of organizing the show, you discovered or rethought anything about your work.

It made it clear to me that underlying my process was a search to new challenges.

You had your first solo show at the Metropolitan Museum of Art in 1971, just one year after Rencontres d’Arles was founded. For you, how has the photography world changed and how do you see that at the festival this year?

The separation between the art world and the photography world has largely dissolved.

More recently you’ve done projects in Israel, Dubai, and the Ukraine. What’s taken you to these places? Any other travels coming up?

No travels coming up. For the past year I’ve mostly been using my iPhone, photographing wherever I go. 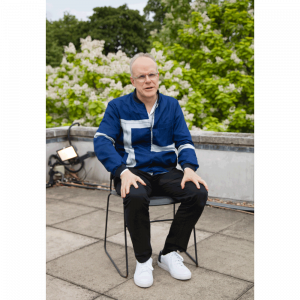 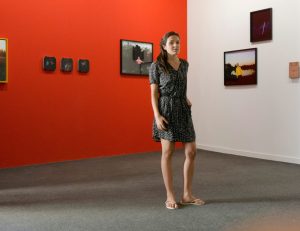 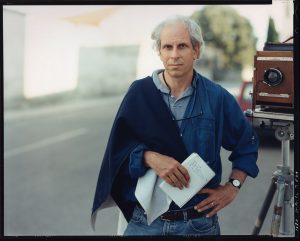